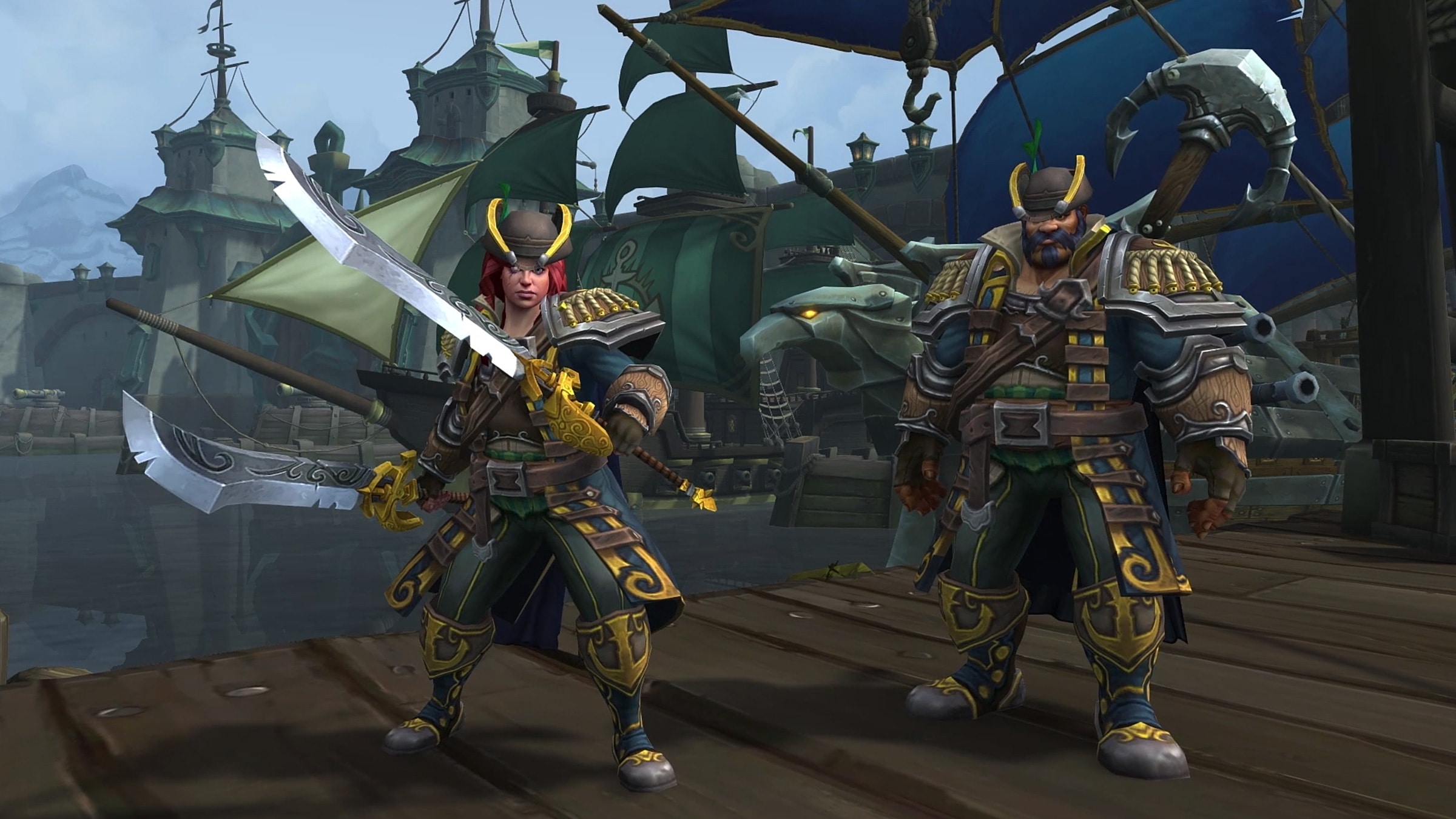 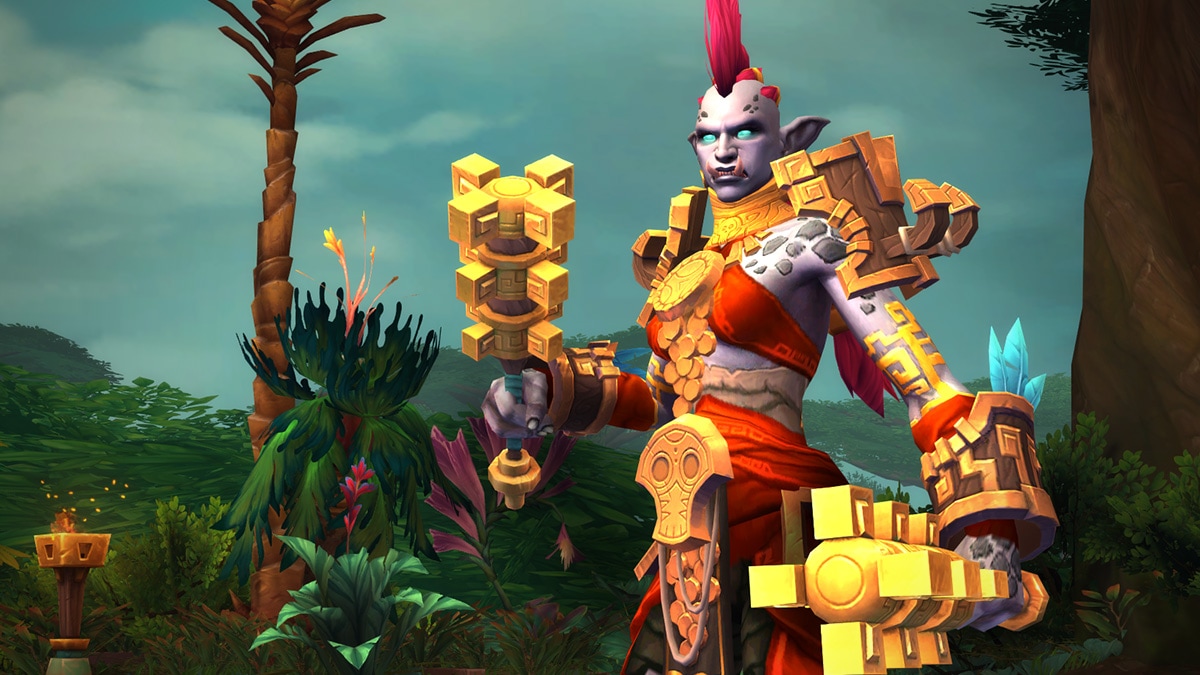 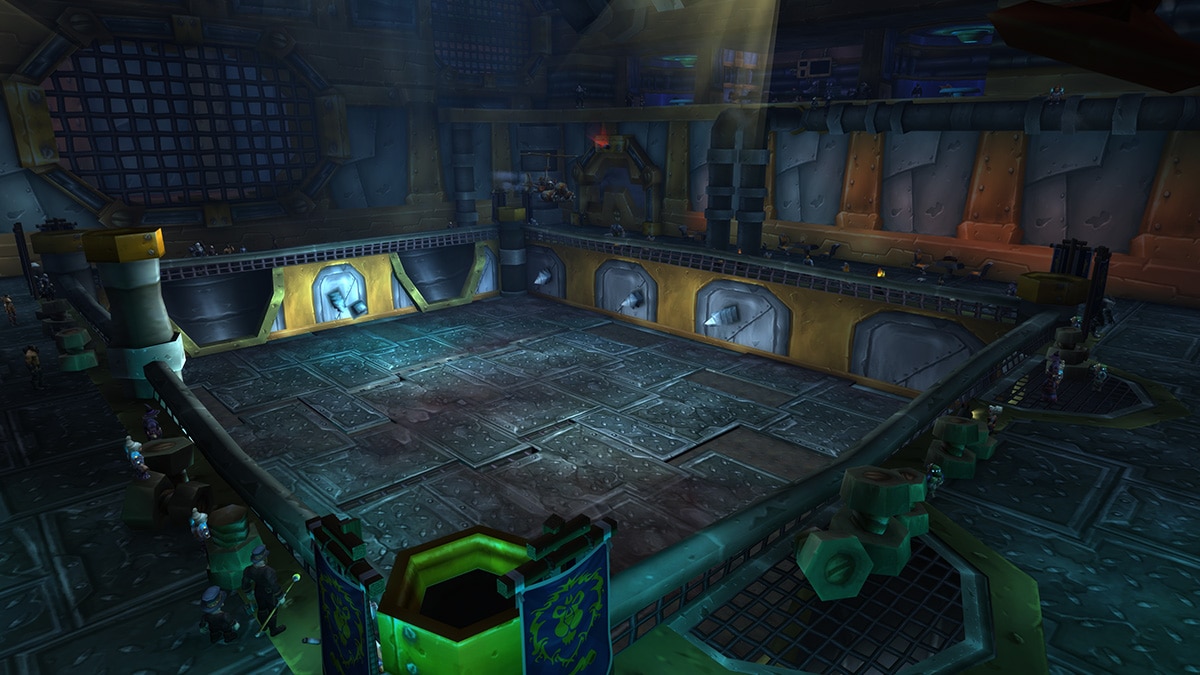 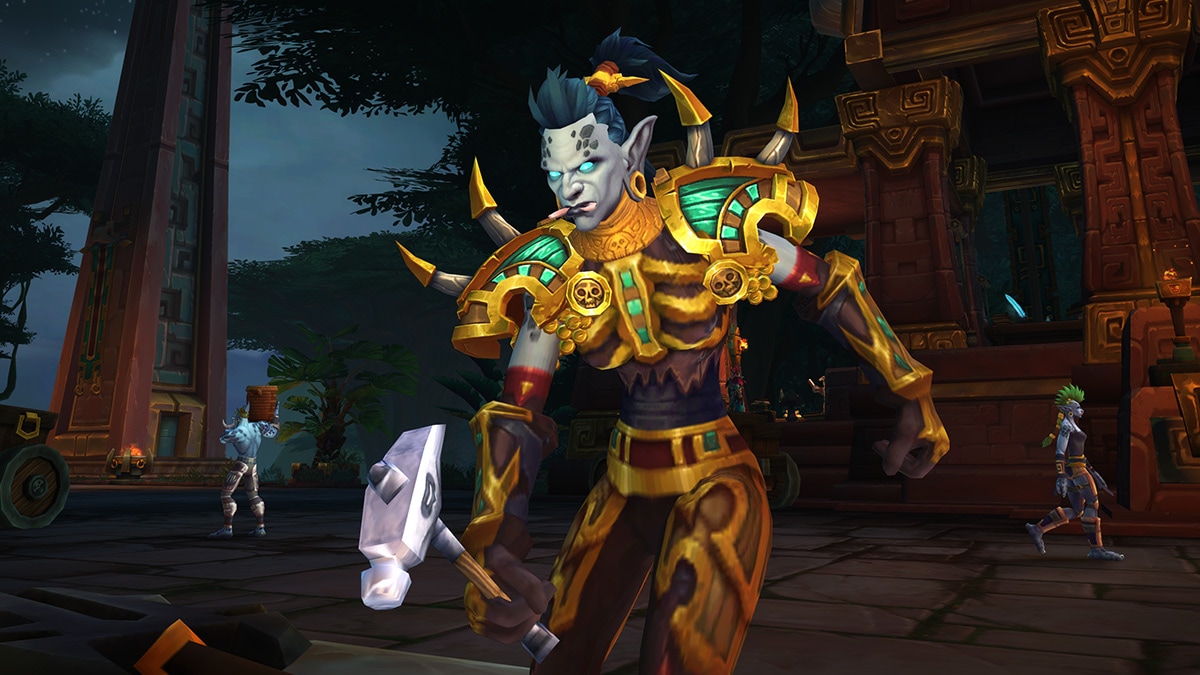 Get an inside look into the art of WoW with our live stream VoD and learn more about the magic that brings World of Warcraft and these two new Allied Races to life.

A long-submerged evil stirs beneath the Shrine of the Storm. The whispers that drove Lord Stormsong to madness echo within the depths, a siren song of eldritch power. Those who listen and obey prepare dark rituals to carry out their master’s will. Whatever nightmarish schemes fuel their fantastical devotion, one thing is certain: they must be stopped.

Brace yourself for the return of the cold bite of Wintergrasp where you’ll compete against the enemy faction in a massive 40-player Battleground. For the first week of this content update, Wintergrasp is featured as a Brawl. Thereafter, you’ll find Wintergrasp in the Epic Battleground selection in Group Finder (default hotkey: i).

Step into two classic Battlegrounds—Arathi Basin and Warsong Gulch— and experience newly updated graphics with the same epic gameplay you know and love.

Head into Arathi Basin for a head-to-head battle against AI opponents. This new Brawl will be available March 19. Use the Group Finder tool (default hotkey: i) in the Player vs. Player tab to take part.

New chapters in the War Campaign for the Horde and Alliance take the story beyond the Battle of Dazar’alor as Sylvanas’ latest scheme causes Baine Bloodhoof to seek out Jaina Proudmoore, far from prying eyes.

Players who complete the War Campaign on both a Horde and an Alliance character will earn new achievement,Two Sides to Every Tale, and new mount reward:the Bloodflank Charger (Horde) and Ironclad Frostclaw (Alliance). 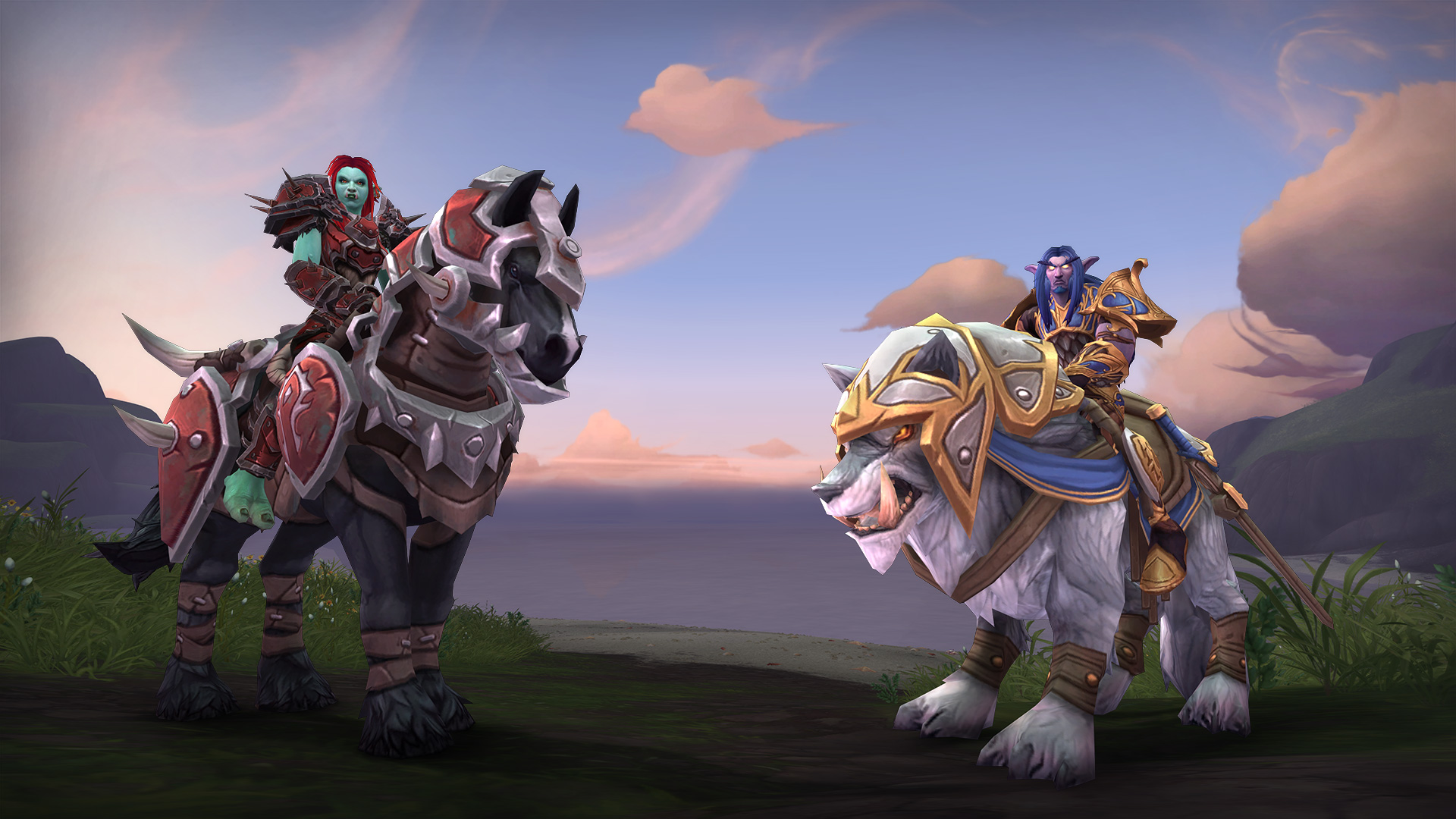 If you’re a level 120 Hunter, you’ll want to speak to Image of Mimiron located in Tradewinds Market in Boralus or the Great Bazaar in Zuldazar to get started on a new quest chain. You’ll learn more about Hati’s fate, and maybe even reunite with your old friend

The WoW Companion App has been updated to include a new calendar feature, social feature, and updated support for new World Quests so you can keep on top of everything going on in Azeroth wherever you go.

New portal rooms are now located in Stormwind within the mage tower and just inside the front gates of Orgrimmar, where your faction has consolidated gateways to the other key locations of Azeroth.

Take to the Mists of Pandaria raid dungeons Mogu’shan Vaults, Terrace of Endless Spring, and Heart of Fear to collect the following 11 new pets that drop from the following bosses:

Upon earning the Raiding with Leashes VI: Pets of Pandaria achievement, you’ll also receive the pet Happiness as a reward.