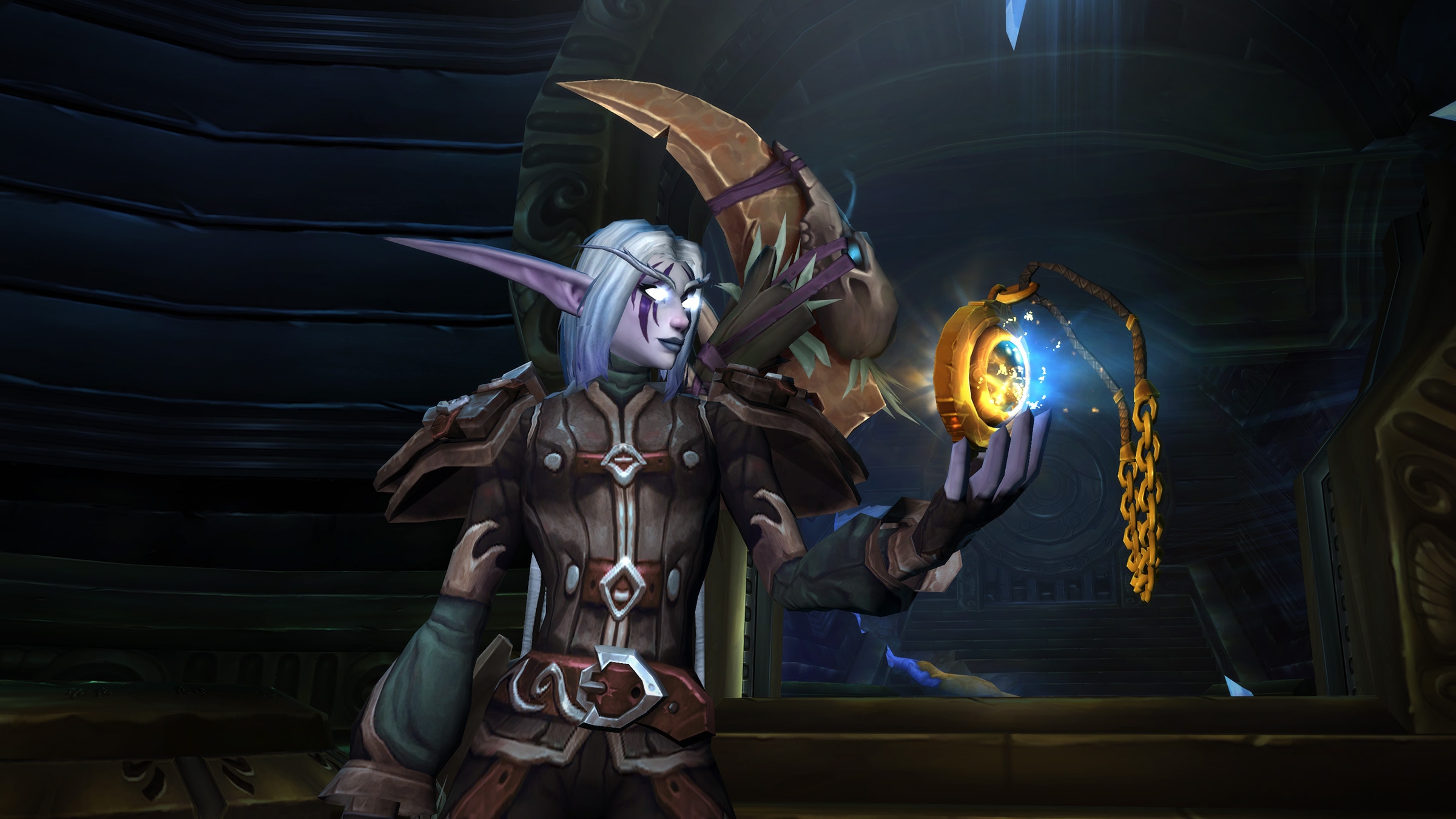 Since the launch of Battle for Azeroth, players have been empowering their Heart of Azeroth and collecting Azerite armor to gear up for the battles ahead. Since then, we’ve made a variety of adjustments to the system—and we have a few more updates coming with the second part of Tides of Vengeance on January 22 that we’d like go into more detail on today.

With the release of Battle for Azeroth Season 2, we’re introducing new epic Azerite pieces that you can acquire through a variety of methods, including Season 2 PvP, the Battle of Dazar’alor raid, World Quest Emissaries, and from the Mythic Keystone vendor Thaumaturge Vashreen in Zuldazar and Boralus. These new items will have a fifth ring with additional new trait options and is available at Heart of Azeroth level 15.

This new outer ring provides two choices of traits per specialization, giving players an opportunity to find items that have traits they particularly want—and the freedom to create new and interesting combinations that may not have been possible before. This additional ring of traits makes each item have a larger impact on your character’s overall power. 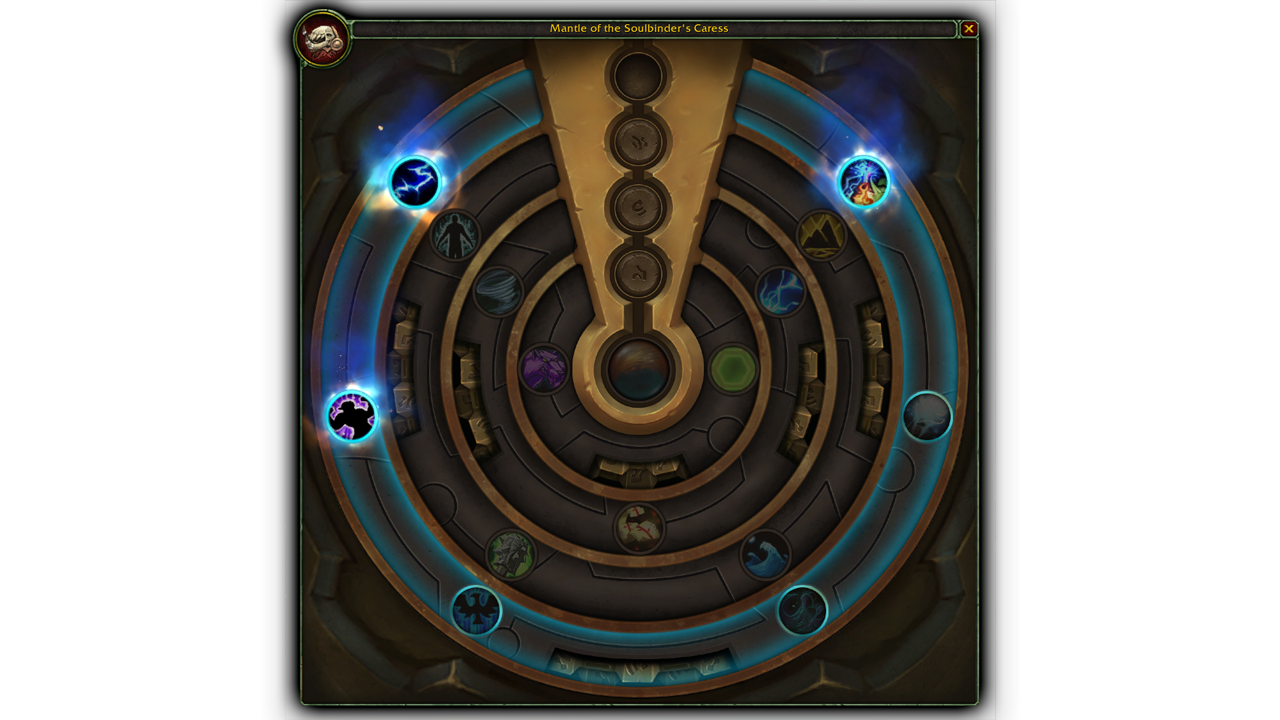 Outer Ring:
Powers that reside in the new outer ring provide two additional trait options for each of your character’s available specializations.

Example:
Moment of Repose (Discipline)
(Passive)
Pain Suppression applies Atonement to the target and instantly heals them for 15,313.

Second Ring:
Powers that reside on the second ring from the outside will often be influenced by where you collected the piece of armor they’re found on. These powers can also be associated with specific class specializations..

Example:
Seductive Power
(Passive)Your spells and abilities have a chance to conjure Bwonsamdi’s spectral visage, beckoning you closer. If you approach him, gain 57 to all stats for 5 minutes, stacking up to 5 times. If you fail to heed his call, lose 1 stack.

Fourth Ring:
These are defensive or utility-oriented powers for your class.

Example:
Vampiric Speed
(Passive)
When an enemy you harmed dies, you heal for 6,361 and gain 93 Speed for 6 seconds.

Fifth Ring:
Azerite Empowerment is the power that resides at the center, and increases an armor piece’s item level by 5.

You’ll also find new location-specific traits that scale with item level and are available on gear from the Battle of Dazar’alor raid, including:

Bonded Souls: Your spells and abilities have a chance to trigger a Soulbond for 15 seconds. During Soulbond, every 5 seconds you and your nearest ally are both healed for 3,456 and gain 141 Haste for 5 seconds.

Seductive Power: Your spells and abilities have a chance to conjure Bwonsamdi’s spectral visage, beckoning you closer. If you approach him, gain 26 to all stats for 5 minutes, stacking up to 5 times. If you fail to heed his call, lose 1 Stack.

Treacherous Covenant: Your primary stat is increased by 151 while you are above 50% health. You take 15% increased damage while below 20% health.

With the start of Season 2, we’re also adding 10 more ranks of Azerite Knowledge over the course of  January 22 through March. Each rank of Artifact Knowledge increases the speed at which your Heart of Azeroth levels up.

With the launch of Tides of Vengeance on December 11, we replaced many of the Azerite traits we weren’t happy with and continue to iterate on various elements of the system to provide variety and flexibility in player gear choices.

New Traits in the Darkshore Warfront

It’s a good time to keep an eye on the shifting tides of the Darkshore Warfront. We added many new Azerite Armor traits that are just waiting to be collected, including:

Ancients Bulwark: Standing still grants you Deep Roots, increasing your Versatility by 179. Moving instead grants you Uprooted, healing you for 259 every 1 second.

Endless Hunger: Your Versatility is increased by 179. Moving near an enemy’s corpse consumes their essence, restoring 1,815 health.

Shadow of Elune: Your spells and abilities have a chance to increase your Haste by 465 for 15 seconds. At night, you also gain 10% movement speed for the duration.

Heart of Azeroth Leveling and Gearing Up

The cost to change Azerite traits has been reduced from 72 hours to 24 hours.

We’ve also added a new way for players who participate in Mythic Keystone Dungeons to gain specific Azerite Armor. These players will be able to earn a new currency—Titan Residuum—which can be used to purchase specific items from Thaumaturge Vashreen now located in either Zuldazar or Boralus. You can read more in our forum post.

Season 2 and the Battle of Dazar’alor are just around the corner—are you ready for the challenges that await?