Reap the Bounty in Tides of Vengeance 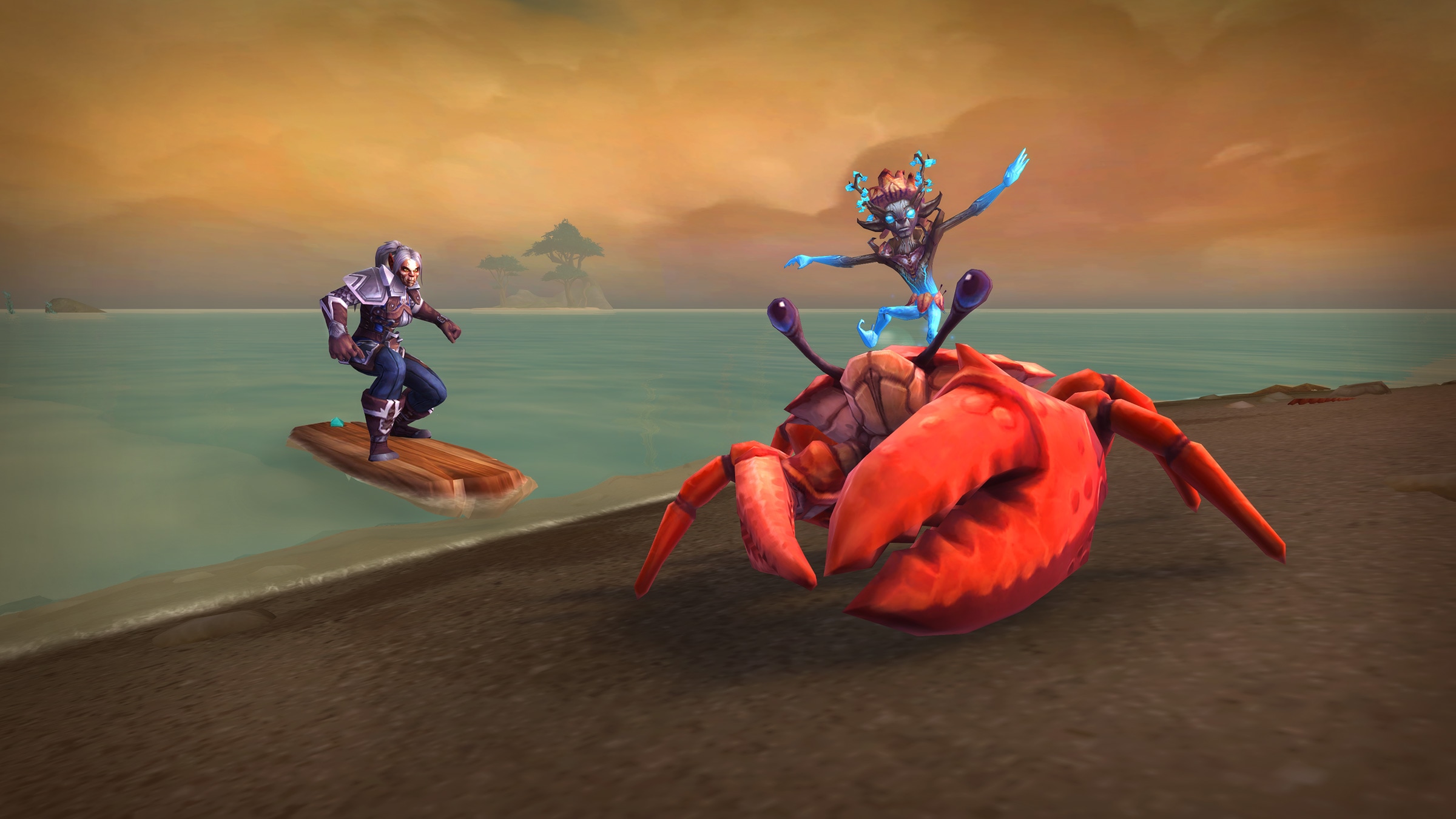 There’s a bounty of new mounts, pets, toys, and gear available in Tides of Vengeance. We’ve rounded up a selection of what’s available to help you formulate a plan of action.

We hope you’ve a stash of gold at hand, because you’ll need it to purchase the new Marsh Hopper.

Vendor Gottum in Nazmir will want 333,333 gold for each variation of this new mount which comes in blue, green, and yellow.

Drop: The Hivemind
A true union of the minds.

Newly discovered by the WoW Secret Finding community—check back after the new year for our insights on this new secret mount and visit Warcraft Secrets or Wowhead to get started on the path to adding this new mindbending mount to your collection.

Alliance players who complete Tyrande’s Ascension questline in Darkshore and earn the achievement “In Teldrassil’s Shadow” will unlock the new Night Warrior customization options available to night elves. These can be accessed with a night elf in character creation or in the Barber Shop.

Players with maximum-level (120) blood elves or dwarves who are Exalted with their faction (Silvermoon City or Ironforge respectively) are able to embark on a new quest line for each race to learn more about their history. Once you complete your quest, you’ll gain a new Heritage Armor transmog set unique to your race and be able to show off your pride.