Experience the War of the Thorns—Chapter 1 Now Live! 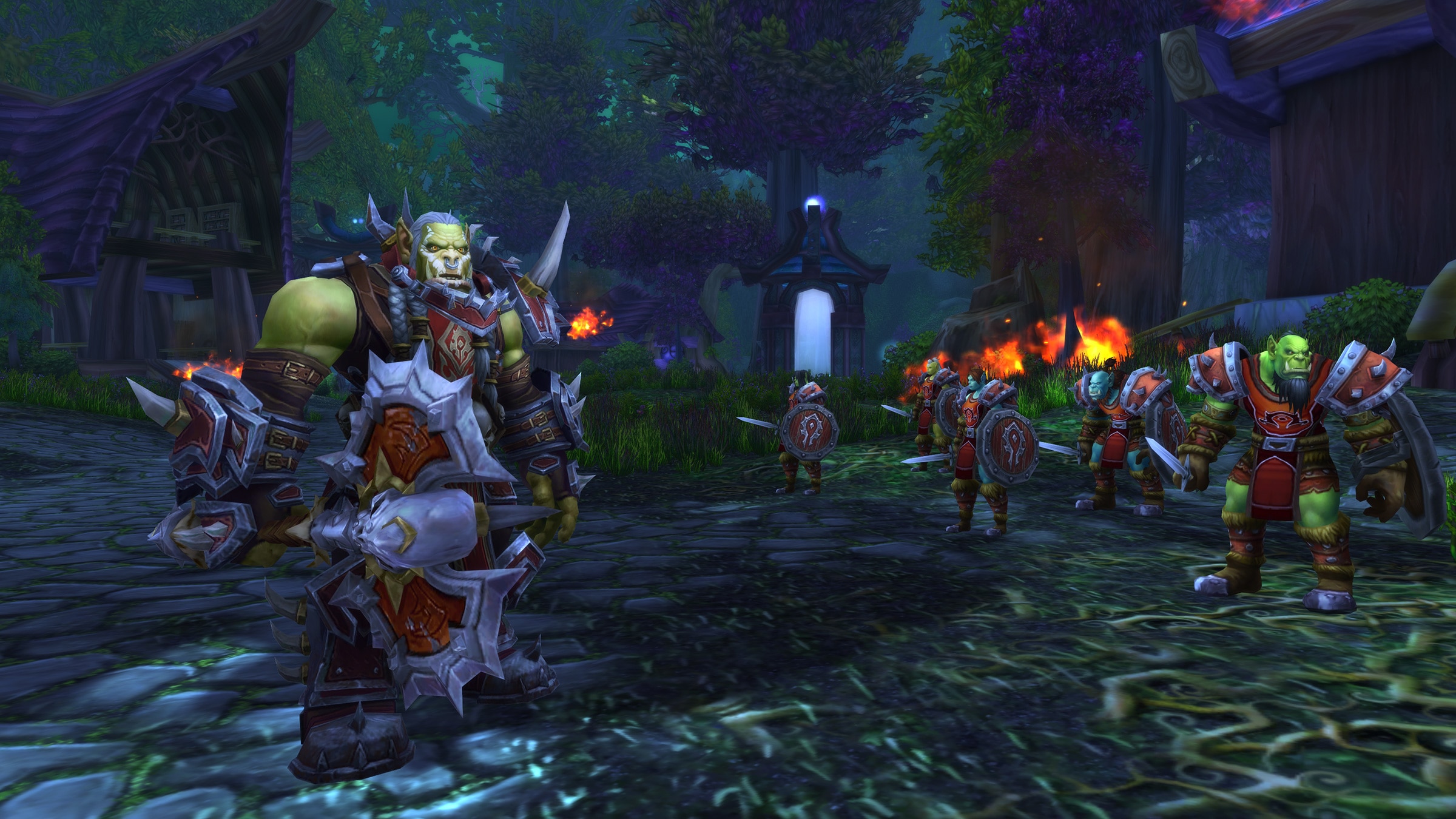 The discovery of Azerite—a new and powerful resource—has the potential to change the very face of warfare on Azeroth. As warchief of the Horde, Sylvanas Windrunner is willing to do whatever she deems necessary to secure it and keep it out of the hands of her enemies—even if it means venturing into Darnassus to root the Alliance out of Kalimdor once and for all.

For the Alliance, the threat the Horde poses is undeniable. King Anduin Wrynn has heard from his spies in Orgrimmar that the Horde has begun to mobilize an army into Silithus . . . but he quickly learns it’s a feint by the Horde to draw away the Alliance’s defenders. Will you be too late to protect the innocent in the Horde’s path as they march toward the great tree Teldrassil?

This chapter is a part of a limited time event leading up to the launch of Battle for Azeroth.

There are two sides to every story. Get a taste of the tension and drama that unfolds in our preview of the Battle for Azeroth novellas: Elegy by Christie Golden and A Good War by Robert Brooks, available in a limited-edition hardback as part of the Collector’s Edition of World of Warcraft: Battle for Azeroth.