Before the Storm: Seven Ways the Novel Sets the Stage for Battle for Azeroth 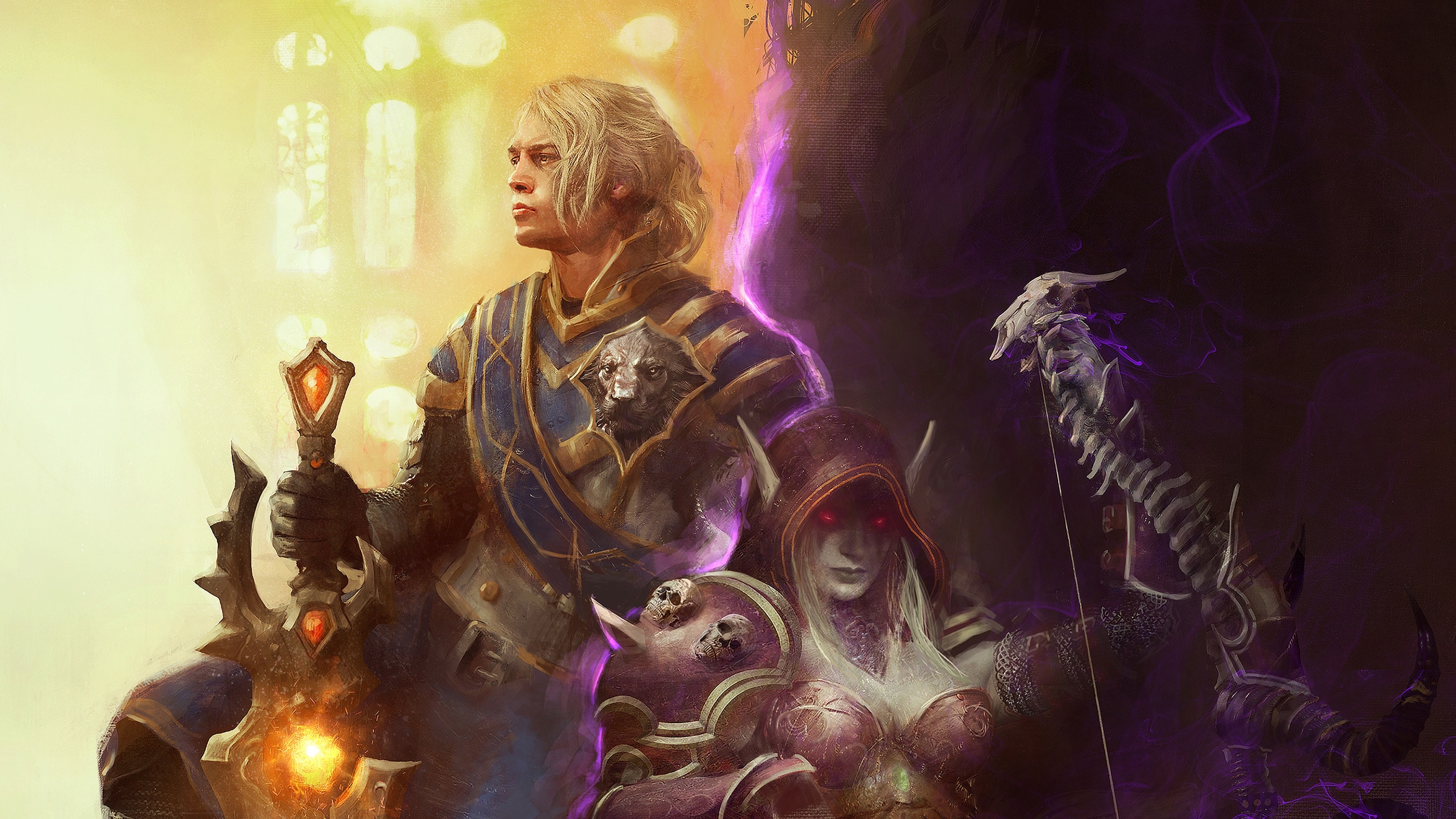 Author Christie Golden talks about her latest World of Warcraft novel—Before the Storm—and why you should read it before heading into Battle for Azeroth™. Before the Storm is available to purchase on Amazon now.

Christie Golden: As the author of Before the Storm, and a Blizzard Entertainment employee to boot, I’m a bit biased. I have always found great joy writing World of Warcraft novels, but this one? Well, it’s special. And it’s going to be something you’ll want to read before Battle for Azeroth arrives. There are a lot of reasons for this, but here are the seven I think are most important—and, I hope, entertaining.

Delve deeper into moments from the cinematics through a new medium

CG: One of the amazing things about working for Blizzard is that they let me do insanely fun stuff like collaborate with brilliant people like in-game cinematics director Terran Gregory! You might remember the Horde and Alliance epilogue cinematics for Patch 7.5.3. Those were adapted from scenes I had already written for Before the Storm.

I was able to attend the voice recording sessions for those cinematics, and I read several paragraphs of Before the Storm’s manuscript to actors Josh Keaton (Anduin Wrynn) and Patty Mattson (Sylvanas Windrunner) to explain how their characters felt when they first encountered the powerful material known as Azerite. It helped inform their performances, and when you read the scenes from the novel for yourself, you’ll get even more dialogue, context, and description. For instance, before he speaks at the memorial, Anduin recalls a similar service after the events of Wrath of the Lich King. You’ll also learn that there were a lot of other Horde members celebrating with Sylvanas in Grommash Hold. (And of course, after reading the book, you can go back and rewatch the cinematics!)

Embark on a world tour (mostly)

CG: Azeroth is a big world, and Before the Storm gets to roam around in it. From Teldrassil to Thunder Bluff, from Orgrimmar to Ironforge (where the dwarves may or may not be starting to brew “Anduin’s Amber”), from the sands of Silithus to the shadows of the Undercity, you’ll visit some familiar and loved places—and a few that might not be quite so pleasant—before the upheaval of Battle for Azeroth.

Spend time with iconic characters . . . and meet some new ones

CG: You’ll catch up with Lady Jaina Proudmoore and the woman who was her childhood friend—Calia Menethil, sister of Arthas himself. You’ll meet another representative from Lordaeron, Archbishop Alonsus Faol, who doesn’t look much like his portraits these days. We’ll also spend time with the noble Baine Bloodhoof, the slimy Jastor Gallywix, and a pair of living legends recently returned to Azeroth, High Exarch Turalyon and Alleria Windrunner. While the novel can’t show every main character, race, or class, we’re aware that players love their toons and want to see representation. As a player myself, I always keep that in mind when I’m writing WoW novels.

I think, though, from the cover, you should be able to tell that this particular novel focuses on. . . .

CG: These two couldn’t be more different. Before the Storm examines their psychologies, philosophies, and values as Sylvanas and Anduin grapple with the pressures of leading their factions and healing a broken world. The Dark Lady, of course, has been with us since before there was a World of Warcraft. She has a long and achingly tragic backstory, and I’ve had the chance to write her multiple times. Anduin, on the other hand, was only a ten-year-old child in the game until the novel The Shattering, where I got a chance to help develop him. It’s been so much fun to watch him “grow up” in the books and the game.

With the discovery of Azerite, which has the potential to heal, change, or destroy the world, the young and idealistic king finds himself increasingly at odds with the brilliant, focused warchief, who most definitely has her own agenda. As tensions rise, Anduin seeks common ground. He reaches out to what seems, at first, to be unlikely allies: a group of Forsaken.

Get a whole new view into Forsaken society

CG: This novel has lots of Forsaken, with names, histories, and people that they love. We’ve not seen a lot of these free-willed undead in the novels, and I had a terrific time exploring them—what makes them tick, how they survive in this world, what they’ve lost, and what they’ve gained. How they’re viewed by the living, and how they view the living in turn. They have a lot of heart for people whose hearts no longer beat.

Hear the voice of King Anduin Wrynn tell the story

CG: The terrific Josh Keaton, who has voiced Anduin throughout almost all of World of Warcraft, was chosen to narrate this novel. So if you decide you want the audiobook, you’re in for an extra treat. I’m absolutely thrilled we all get to hear his work on this!

CG: Now that I’m a Blizzard employee, the gates to the innermost sanctums have been opened to me. When I was writing novels before I officially joined the studio, I always felt welcomed and appreciated, and everyone was very helpful. But I didn’t know what I didn’t know... and being aware of all that was going on around this expansion sparked so very many ideas! You’ll find callbacks to the novel as you progress in-game. There’s has never been a World of Warcraft novel written by someone with so much access, and readers will feel that connection.

As ever, thanks for joining us on this journey, and I hope you enjoy reading Before the Storm as much as I enjoyed writing it.

Before the Storm is available on Amazon.

The Horde and the Alliance defeated the demonic Burning Legion, but a dire catastrophe is unfolding deep below the surface of the world. There is a mortal wound in the heart of Azeroth, struck by the sword of the fallen titan Sargeras in a final act of cruelty.

For Anduin Wrynn, king of Stormwind, and Sylvanas Windrunner, warchief of the Horde and queen of the Forsaken, there is little time to rebuild what remains and even less to mourn what was lost. Azeroth’s devastating wound has revealed a mysterious material known as Azerite. In the right hands, this strange golden substance is capable of incredible feats of creation; in the wrong ones, it could bring forth unthinkable destruction.

As Alliance and Horde forces race to uncover the secrets of Azerite and heal the wounded world, Anduin enacts a desperate plan aimed at forging a lasting peace between the factions. Azerite jeopardizes the balance of power, and so Anduin must gain the trust of Sylvanas. But, as ever, the Dark Lady has her own machinations.

For peace to be possible, generations of bloodshed and hatred must be brought to an end. But there are truths that neither side is willing to accept and ambitions they are loath to relinquish. As Alliance and Horde alike grasp for the Azerite’s power, their simmering conflict threatens to reignite all-out war—a war that would spell doom for Azeroth.