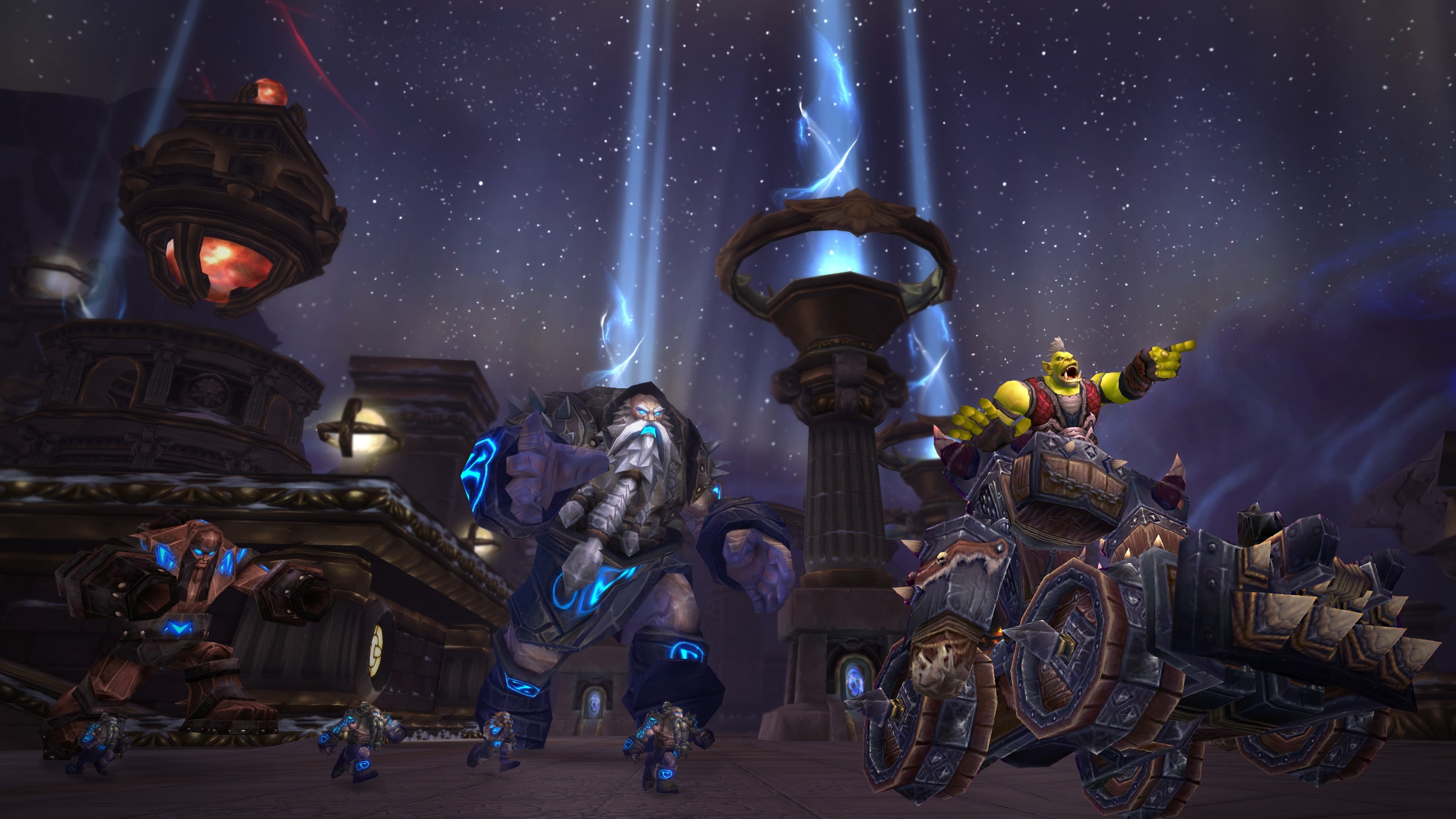 When: The Ulduar raid is available throughout the Wrath Timewalking event.
Difficulty: The difficulty is set to Normal and, like any Normal level raid, will not be available through Raid Finder.
Minimum Level: Players level 50 and above are eligible to participate.

During Wrath Timewalking, you can assemble a raid group of between 10 and 30 players, travel to Dalaran in Northrend, and speak with Vormu to access a Timewalking version of the Ulduar raid. The raid scales for your group size and your level and gear will be scaled to match the raid’s challenges.

Azjol Nerub
Azjol-Nerub was an empire of great strength when the Lich King arrived in Northrend. Despite ferocious resistance, however, Scourge forces managed to overtake the subterranean kingdom and slaughter its inhabitants, the nerubians. Scarred by years of war and abandonment, this vast domain is now occupied on two fronts.

Gundrak
Desperate to save their kingdom from collapse the trolls of Zul’Drak have turned on their ancient gods. The wild deities are now considered a source of untapped power, their potent blood providing the means to repel the Lich King’s minions, who have overtaken parts of the troll nation. Heroes have recently journeyed to the beleaguered region to strike at the savage Drakkari and their maddened prophets.

Halls of Lightning
Upon departing Azeroth, the titans entrusted loyal protectors with safeguarding Ulduar, an enigmatic city nestled in the mountains of the Storm Peaks. Designated supreme among his brethren was the guardian known as Loken, but with the power of the titan complex in his hands, he turned to darkness and plunged the region into chaos.

The Forge of Souls
For many years champions among the races of Azeroth have stood against the Lich King only to be slaughtered mercilessly and forced to serve in his army of undead horrors. In his ongoing struggle to stop the Lich King, Tirion Fordring of the Argent Crusade has joined forces with Darion Mograine of the knights of the Ebon Blade in order to assault Icecrown Citadel with a unified army called the Ashen Verdict.

The Nexus
In order to reestablish his dominance over magic, the blue Dragon Aspect, Malygos has launched a ruthless campaign to sever the link between mortals and the arcane energies coursing through Azeroth. To this end, his blue dragonflight is redirecting the ley lines of the world to the Nexus, Malygos’ towering lair.

Utgarde Keep
Utgarde Keep was long thought to be abandoned, a relic of a lost civilization among the central cliffs of the Howling Fjord. Yet in recent days something has roused the fortress’ slumbering residents, the vrykul.

To learn more about each dungeon’s bosses, tips, and view the available loot, check out the Adventure Guide (Shift-J), select the Dungeons tab, then choose Wrath of the Lich King from the drop-down menu.