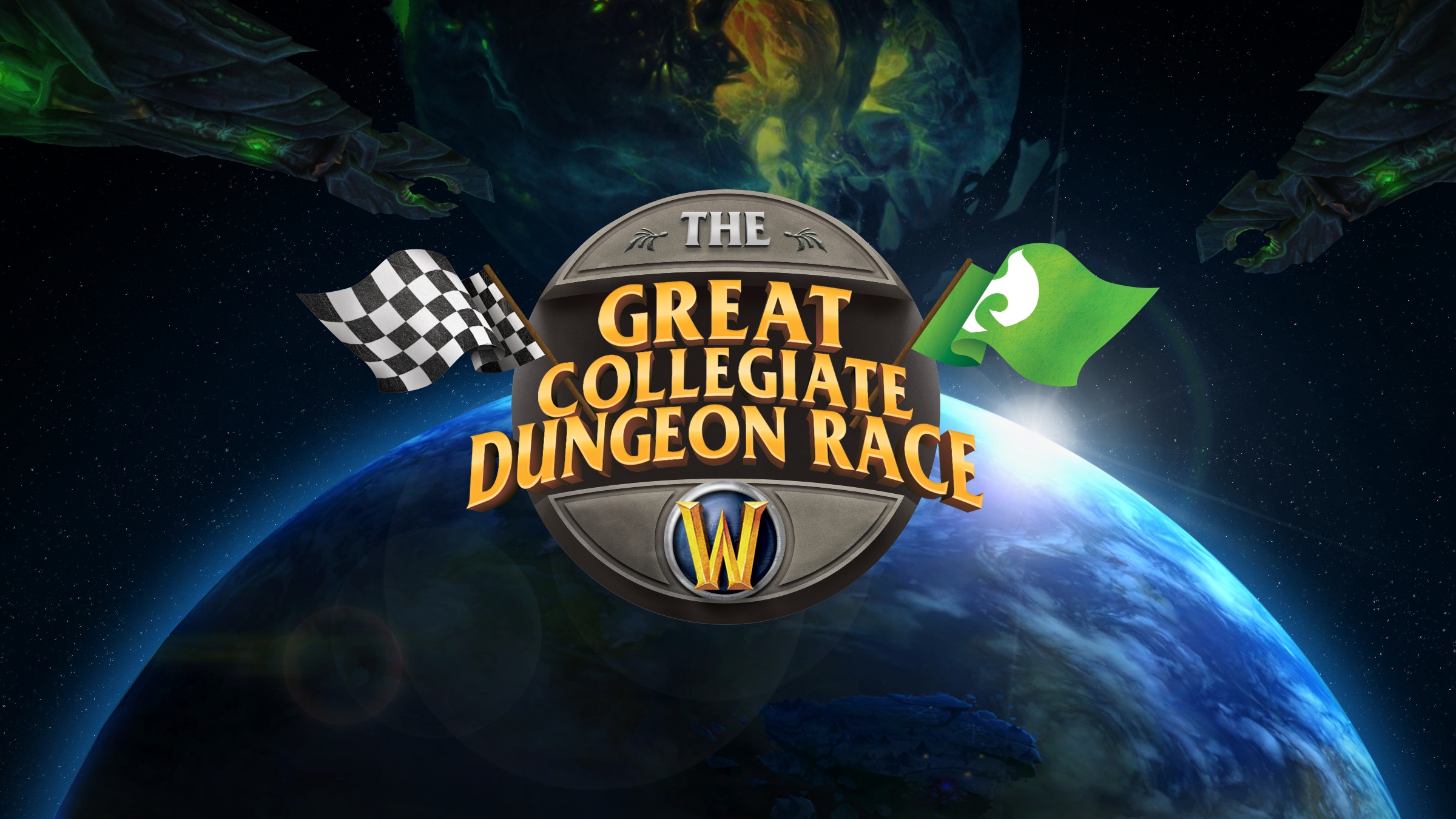 Tespa is excited to announce The Great Collegiate Dungeon Race! On September 22, we’ll start a 7 week series of World of Warcraft ® Mythic Keystone dungeon races between teams competing for a share of $20,000 in scholarship prizing. Will your collegiate team on your campus have what it takes to take home the prize? Sign up now and start assembling your party!

Group dungeons and the teamwork they involve are centerpieces of World of Warcraft. And with the Mythic Keystone system introduced in Legion™, players are encouraged to gather up four of their friends and take on even greater challenges! With each increasing level of Mythic difficulty, the health and damage of enemies increases, and at certain levels new modifiers are introduced that will require players to adapt, evolve, and work together to succeed.

The Great Collegiate Dungeon Race begins on September 22 and will conclude on November 12. All races will take place on the World of Warcraft event realms—players will choose their preferred classes from premade character templates with fixed item sets and Artifact levels. The tournament will play out across three separate phases at increasingly challenging Mythic levels in order to find the best adventurers Azeroth has to offer.

$20,000 in scholarship prizing is ready to be claimed by the strongest collegiate Dungeon Race teams at our Grand Finals in December. Here’s the breakdown of the prize pool per team:

We’re looking forward to seeing another great round of World of Warcraft competition, and can’t wait to see students from across North America banding together against the Legion!