Grab your Miniatures, put them on the battlefield, and GET READY TO RUMBLE in the first Warcraft® action-packed strategy game designed from the ground up for mobile!

This triumph of gnomish engineering has packed insatiable crowds into taverns from Winterspring to Booty Bay and invites players to assemble armies with their favorite characters from the Warcraft universe and battle it out in unique missions designed to test their tactical wits.

Players get to command forces of lovingly sculpted digital tabletop miniatures in multi-lane combat across dozens of unique missions.

Warcraft Arclight Rumble has everything you’d expect in a Warcraft game.

Build your Miniature collection from over 60 available heroes, villains, monsters, and more from the Warcraft universe to help you turn the tide of battle. Each Mini comes with unique abilities that can be improved with powerful talents. Each of them has a bigger-than-life personality to match. Have a blast building a brave army of your best troops and leaders, taking advantage of their unique synergies, or simply sticking with a fun theme. 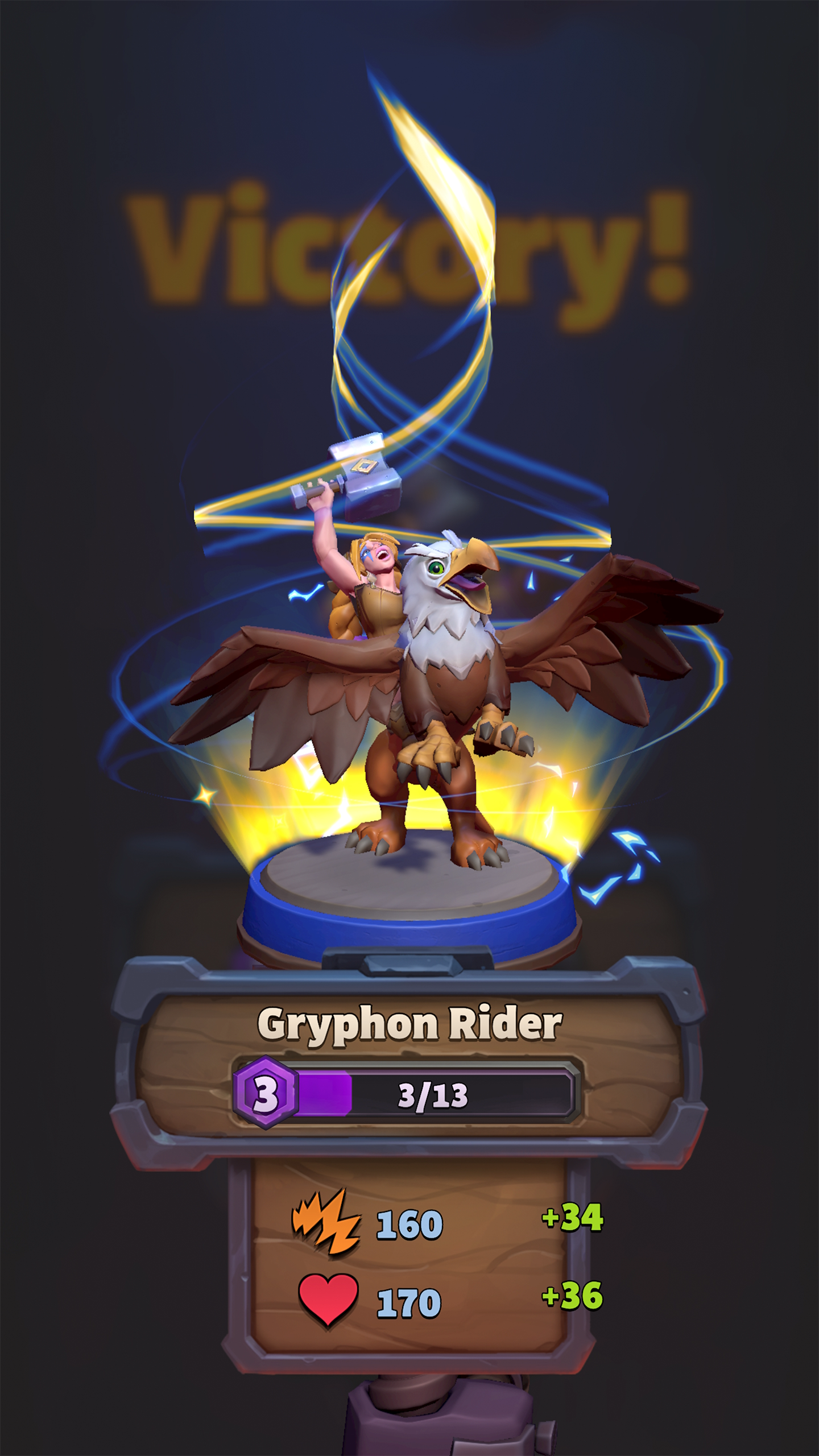 Grow your Army by completing missions and quests for coins. Coins can be used to purchase more Minis, Talents, experience, and Tomes to help your Army grow stronger—for more enormous chaos!

In Warcraft Arclight Rumble, family is everything—you got their back, and they got yours:

Someone needs to lead your motley crew of Troops. Leaders are the backbone of a successful army. Use Leaders to help cater your strategy and build a playstyle that suits you. Leader Minis are the linchpins of your Army, and Troop and Spell Minis fill out your force.

Alliance: Alliance Leaders support defense, healing, and stealth tactics, as well as heavy use of Spells. Tirion Fordring, Maiev Shadowsong, and Jaina Proudmoore devote their skills to the Alliance.

Undead: Undead Leaders use powerful necromancy on the battlefield. As Bloodmage Thalnos uses Spells, he grows stronger with each one cast. Baron Rivendare can take advantage of plentiful and disposable undead Troops to drain their health so he can persist on the battlefield.

Beast: Beast Leaders like Charlga Razorflank can disable enemy defenses, helping your numerous bestial allies stampede and overwhelm them quickly. Others like Hogger are right at home with a flurry of fast troops swarming your enemies.

Tweak your Leaders and Troops between stages to better address the challenges ahead of you and discover new synergies. 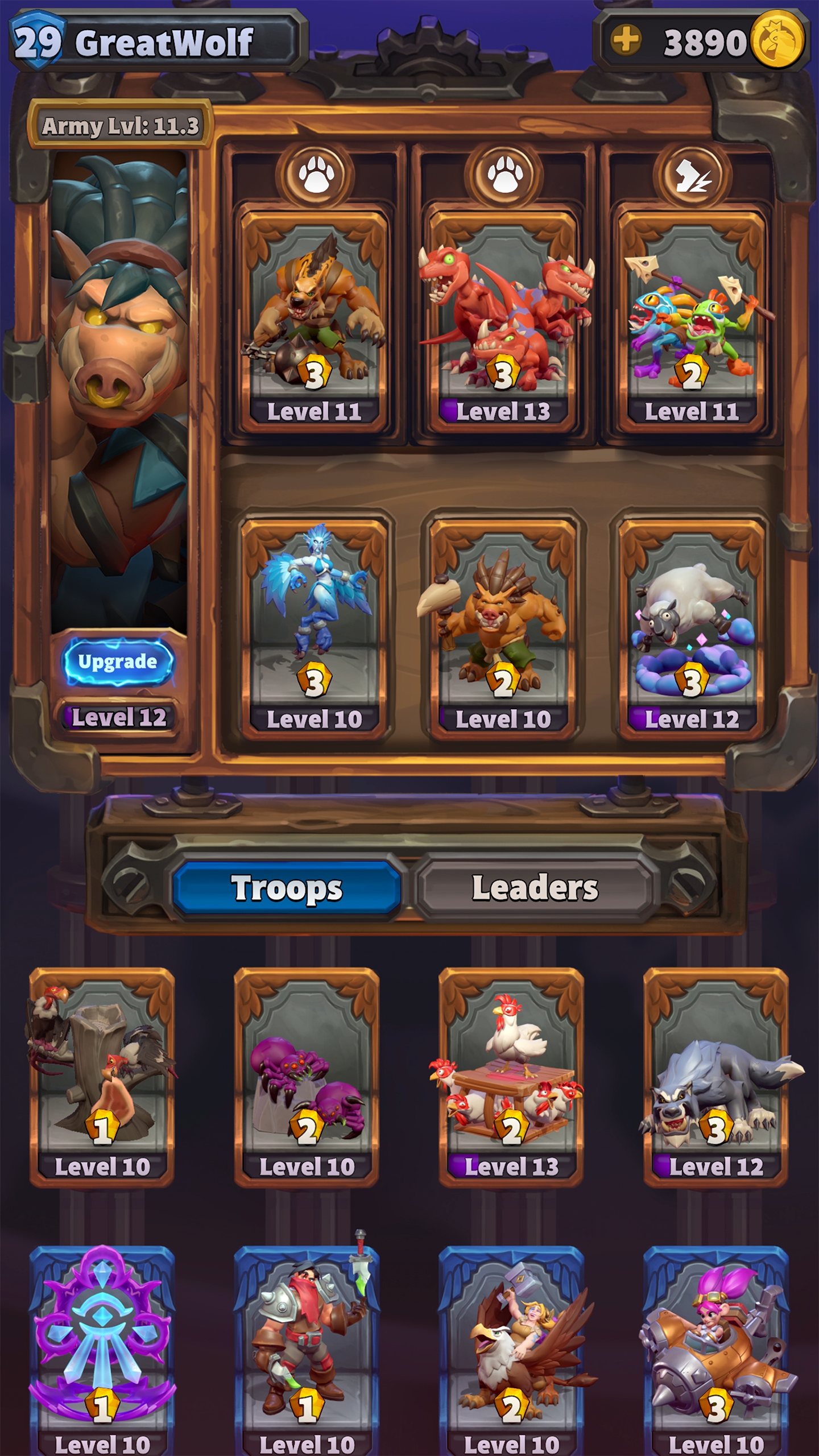 Pro-tip: If you want to play siege units, go for Sneed, who also has a trait called Sneed’s Greed that makes all your siege units grab extra gold. Want to own the skies with an aerial assault? Go for Ren Blackhand, who makes all your flying units cost one gold less with his Blacken the Sky ability.

Your Minis need a place to play! With over 70 available battleground maps, the entertainment is never-ending. Progress through multi-lane combat across diverse maps and encounters, facing down foes of increasing difficulty while gaining levels and skill.

When the battle begins, come to the battlefield with your chosen Army, and be ready to assault the boss and defend your base at all costs—if your base loses health and dies, you lose your battle.

Capture objectives like Meeting Stones and Guard Towers. Doing so will allow you to deploy your Minis closer to the boss, giving you a battlefield advantage. Alternatively, if the enemy takes control of the Meeting Stone or Guard Towers, and you don’t have a good defense, it’s curtains for you! Master your Minis abilities to help you succeed. 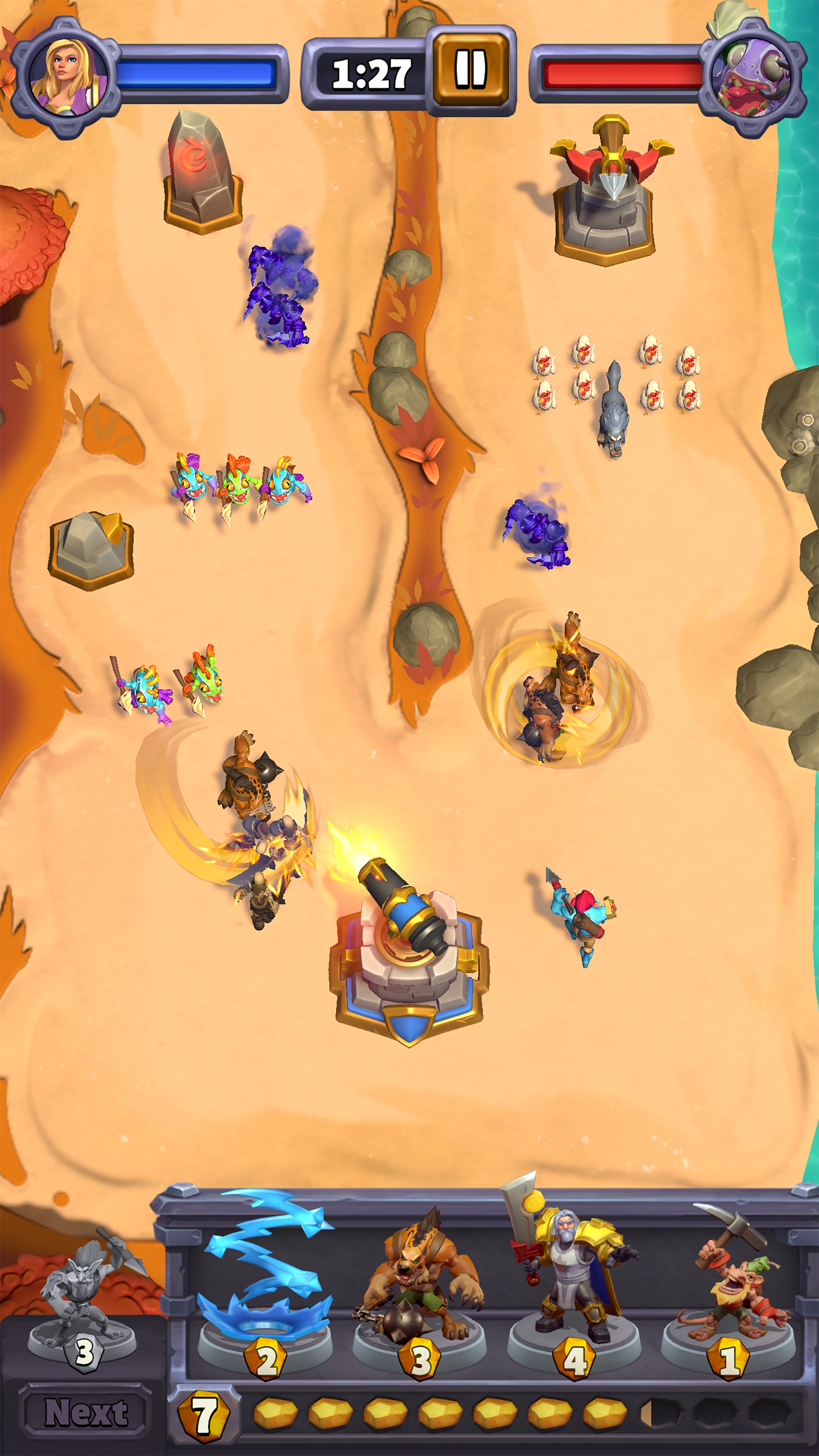 You gotta get the shinies! Grabbing the gold is vital for ensuring you dominate the lanes. Gold Nodes and Treasure Chests are ready to plunder, and the more gold you get, the more chaos you can reign upon the battlefield.

While the campaign takes you on tour across the map into more and more challenging zones, you’ll also get to undertake Conquest missions that test your mettle and earn bonus rewards. Winning these takes some strategy and you may have to switch out your Minis to take the win.

Gold Coins and Tomes filled with XP are utilized to strengthen your troops, and both can be procured by completing the Daily Quests with armies of any level. You must be fast because Daily Quests are on a timer and will disappear.

Get Down and Dirty in Dungeons and Raids

Play solo in the single-player campaign or show your mastery of Minis against a foe (or friend) when you go head-to-head in epic PvP battle on a random map. Minis are level 1 but can be modified by available slots and talents. Victory gains you XP to help you continue to advance your troops.

Guilds aren’t just for socializing with your mates—getting into a Warcraft Arclight Rumble guild brings buddies to bond with and enrich your cooperative play. Plan your adventures by chatting with your comrades, and work towards collective rewards.