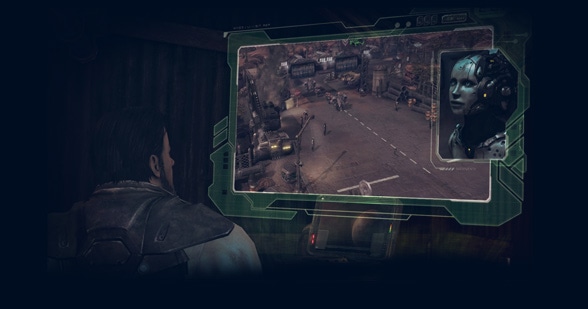 It’s that time again to roll up our sleeves and get creep deep into the latest Situation Report for StarCraft II: Wings of Liberty. In this edition, we’ll be discussing some of the most notable changes in the recently released patch 1.4 and illuminating a bit more about our design philosophy and thinking behind this update.

This change is specifically to address the protoss vs. protoss 4-gate all-in problem. With this change, it will be possible to block the middle of your ramp using one force field, thus preventing your opponent from warping up your cliff.

We wanted to help protoss fight against the terran 1/1/1 strategy without impacting or changing other parts of the game too much. The units protoss have at their disposal are very limited at the early portion of the game, and most units (other than the Immortal) were used too heavily in more generic unit compositions. Immortals were a good choice due to the current meta-game moving away from heavy Immortal usage.

We decided to go with the range increase so that they have an easier/better capability of taking out siege tanks as well as to have them be more easily usable when in combination with other ranged units.

We wanted to try to bring in a unit that’s rarely used back into the action in order to potentially create new viable strategies for protoss. In the end, it came down to a choice between the Carrier and the Mothership.

We decided to go with the Mothership for a variety of reasons, the biggest one being that we felt its maneuvrability required tweaking. As for the acceleration increase itself, we found that the biggest problem was that the unit felt very unresponsive to use. For a unit whose positioning is so important, we felt that making it easier to maneuver made the most sense.

We felt Blink all-in timing was a bit too much on certain maps/positions. We wanted to implement a change that only affects this tactic without reducing the general usage of Blink itself. We decided to go with adjusting the timing of the upgrade and not touch the ability itself or the cost of the research.

The Warp Prism is a unit where we could see a lot of potential with it. However, when they’re used in games, it’s very easy to defend vs. them using only a few units. We’re hoping to see more Warp Prism based strategies with this buff.

We first started looking at this change due to the 11 11 rush vs. zerg and also evaluated how easy it is to just put down a bunker on the offensive to do some minor damage early on in terran vs. zerg match-ups without much sacrifice from the terran player.

We also started to notice not just the all-in rushes terran players do, but also that the various early game push options available (before scouting even comes into play) were slightly problematic as well.

Due to both of those reasons, we feel this change is very solid. As always, however, we will continue to evaluate the ongoing effects of this change on gameplay.

This is an issue we’ve had a lot of pro-player and community feedback on ever since previous terran vs. terran changes were implemented and the meta-game changed. Feedback we’ve been hearing has reflected upon how Hellions with this upgrade seem to ultimately cause for really boring games to watch. One split second mistake makes 1 player lose 20+ workers and the game is pretty much over before anything else really happens.

In a perfect world of terran vs. terran, we’d like to see both bio and mech based strategies viable. We don’t know for certain that this is possible, but this change makes the Hellion relationship vs. Marines and Workers only 1 shot different (assuming marines use Stimpacks in combat). Meaning, this is the smallest change we could make in order to attempt to meet that goal.

We also heard feedback on how some worker relationships aren’t changed even when you purchase the upgrade with this change. We feel not every upgrade in the game has to change every single relationship in the game. For example: choosing to go without upgraded Hellions for a strategy involving killing Drones with the Hellions vs. choosing to upgrade to mostly fight against Zerglings we feel is a perfectly reasonable choice for players to make.

We feel this ability can create cool moments whether it’s separating out the unit that’s marked by the Seeker or if it’s running away from the whole stack to avoid splash damage.

It’s starting to see more play in terran vs. terran matches, but we wanted to increase the movement speed of the Seeker Missile so that dodging it becomes slightly more difficult.

Infestors were all around too general. Neural Parasite takes care of the more expensive medium size units as well as massive units, Fungal Growth is good vs. small to lower cost medium units, and Infested Terrans were just good for cost vs. anything that doesn’t move out of position. We like the positional-based gameplay Infested Terrans cause, so we decided to look at the other spells instead.

Fungal Growth is a solid spell that is a core part of the zerg meta-game, so we went with as minimal of a change as possible. We didn’t want to change the current game too much since according to our stats all zerg matchups are very close to even at the highest levels. When testing with the highest level players, we noticed this change is very minor yet still very slightly noticeable.

We decided on the Neural Parasite change in order to create more decision making in terms of the positioning of the Infestor as well as what units are needed at which locations in order to better protect the Infestor casting this spell. Previously, it felt too easy to cast and too difficult to counter without having siege range units.

We felt zerg are very vulnerable to various early game openers. Also, the cost between creating one Overseer for scouting purposes vs. purchasing the Overlord speed upgrade for all Overlords didn’t seem to differ enough.

This cost change would hopefully encourage slightly earlier scouting using not only the Overseer but also Changelings as well.

For Contaminate, we felt the zerg vs. zerg strategy of locking down the hatchery could easily be problematic, so we put in that change to compensate for the cost decrease of the unit.

Ultralisks are usually ready to join the game at or around 200 pop. Zerg players usually need to free up some supply in order to start building these guys. Because Ultralisks take two to three times longer to build compared to other units, we felt the time right before Ultralisks are created is the weakest possible moment for using this unit.

Therefore, we made the build time slightly faster in the hope of more accurately gauging the current strength of Ultralisks before making bigger decisions.

As always, we will continue to monitor how players are approaching new strategies as brought about by these changes and will keep a close eye on players' discussions. And of course, we welcome your constructive feedback. As with any balance-related change, we haven’t entered into these changes lightly and have taken various avenues of constructive feedback into consideration to continue to evolve the game experience for players of all skill levels.

* David Kim is a game designer for StarCraft II and owns a Baneling pet in real life.