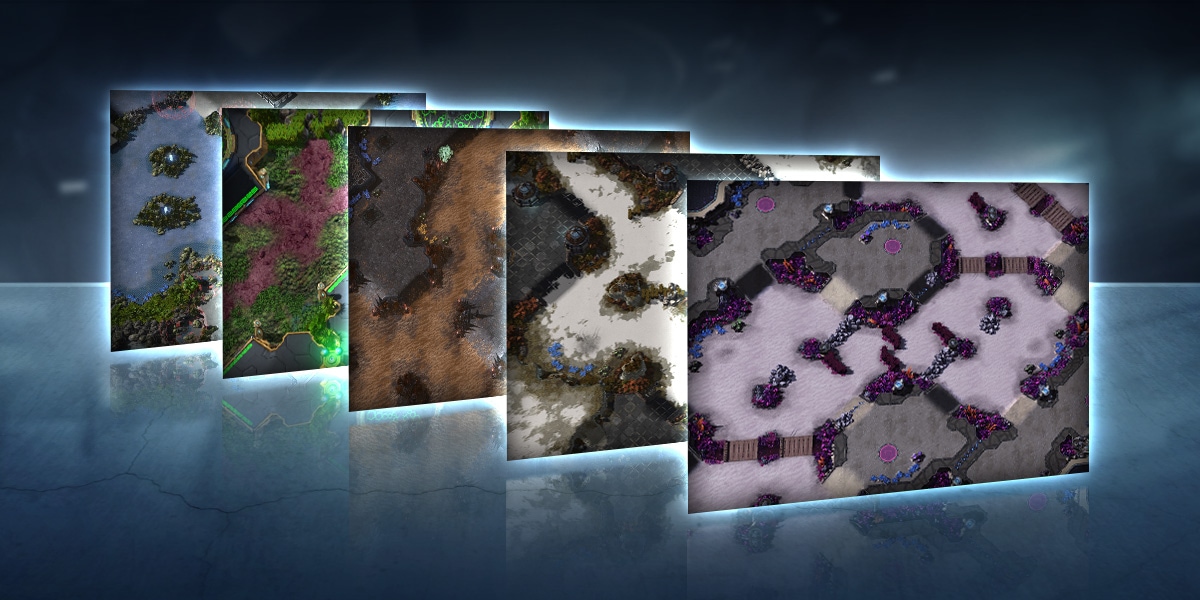 Update on September 30, PDT: 2020 Ladder Season 3 is now live, and some map bugs have been fixed below.

Timmay: “Accelerator Zones are placed in four strategic locations to allow players to quickly change paths. The layout was carefully constructed with the help of Twitch chat. Large rocks full block paths between the Accelerator Zones. Another path outside a late game expansion is partially blocked by rocks.”

Marras: “Lightshade is a typical standard map with two third base options and 7 bases per player, and can support a wide variety of playstyles. The destroyable debris and rocks give players a bit of security early on, and destroying them makes it easier to maneuver armies around the map.”

themusic246: “A smaller map with rocks that lengthen attack routes early game. Fast natural base to natural base timing and map becomes high tension once the rocks are down.”

Marras: “Romanticide is a macro map with a slightly shorter rush distance than normal. The “maze” of rocks and line of sight blockers in the middle path offer a lot of positional opportunities. The mineral wall node values are at 10.”

Agaton: “This ancient red wasteland simply known as Polka is a large semi-fortress map. The geyser placement in the main provides options for more complex strategies, borrowing gas from your teammate. The reduced mineral wall at the natural provides both a potential expansion path, as well as the possibility for setting up a flank attack when under attack. Be aware though, cause the area can also become a target for enemy forces. The center of the map is highly dynamic, where some paths initially are blocked by rocks, while others have collapsible rocks that can be destroyed in order to block pathways.”

Pklixian: “Players start with their own mains and do not share a fortress besides what holds their natural. With one player having a backdoor that allows them to take a third easily without having to go the extra mile. With all said and done this map has multiple chokes and fields to fight in, with direct middle being choked and Inhibitor Zone Generators to aid in defending.”

Marras: “On Tuonela the main bases are connected and there are three pocket bases. Collapsing the rock towers at the large forward ramp helps with defense. There's also some gold bases on the lowground for some extra income.”