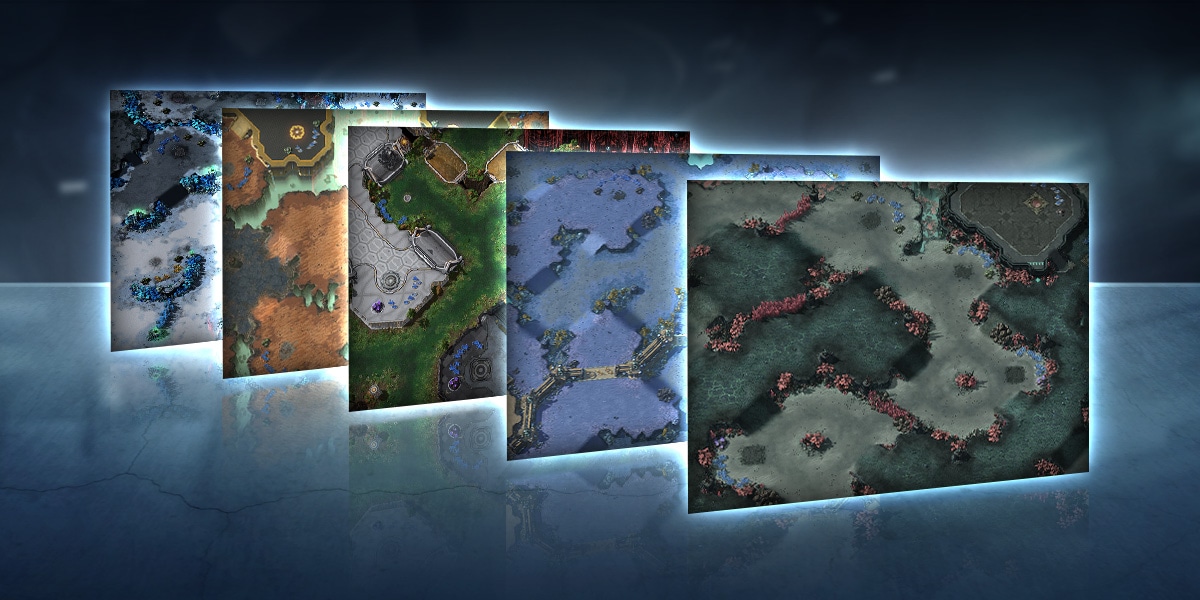 Marras: “The map has 16 blue bases, two of which have a single Rich Vespene Geyser. The average rush distance is 37 seconds. There are rocks in the middle path and on the ramp leading into the low ground third. Line of sight blockers are situated in the 11 & 5 o’clock positions on the outer path of the map, in the high ground areas near the outer path, and in to the direct middle. Lastly, main bases not directly in the corner.”

Superouman: “This map’s structure is very unique. A wall divides the map in two very distinct halves. The bottom half of the is inaccessible at the beginning of the game. There are three ways to get to the bottom part: mine the middle reduced minerals, mine the gold base, or mine the main backdoor. The players can choose to play the way they want. They can play the map in a vanilla style with five easy bases on the top part of the map. Or they can take advantage of the unique features of the map and outsmart the opponent by using the bottom part of the map.”

Marras: “Both teammates have their own main base and pocket bases. There are Inhibitor Zone Generators next to the mains to help defend against air harass. Inhibitor Zones are also located near the central path and on the ramp leading to the low ground next to rocks. Additionally, there are rocks and los blockers on the middle path and gold bases are located in the middle of the low ground areas.”

themusic246: “After a long period of peace, war emerges again. Work as a team to defend evenly spaced expansions to leapfrog your way across the map. Reduced minerals fields partially block off a pocket expansion allowing the option to expand the other direction.”

Timmay: “This is a fortress map with Inhibitor Zone Generators covering the air space between mains and also slightly covering the shortest path.”