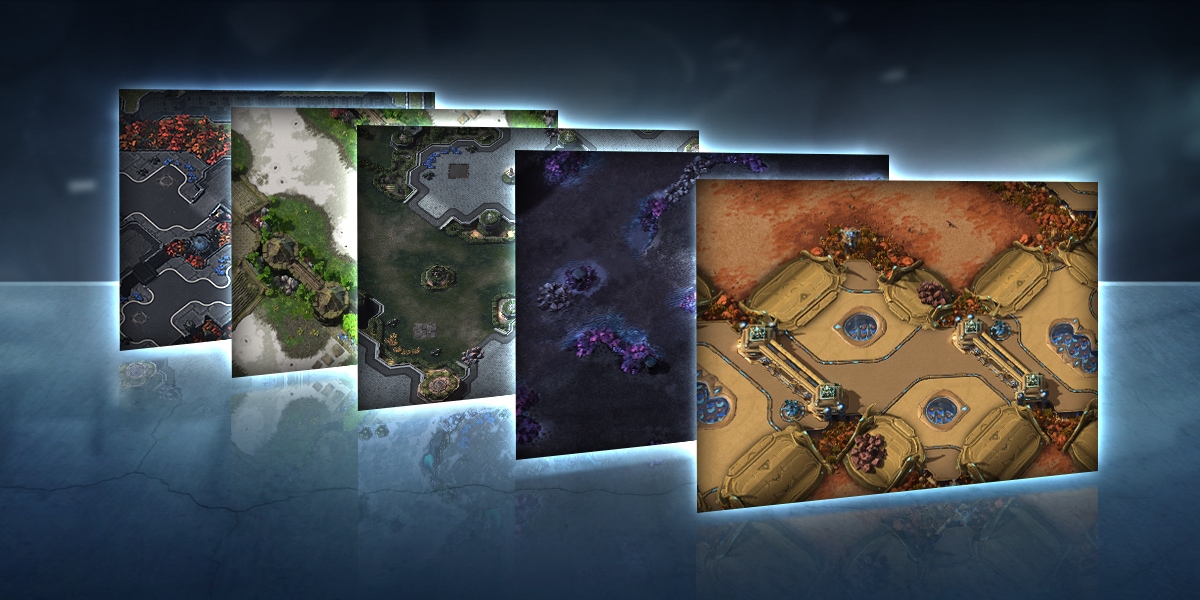 2019 Ladder Season 4 brings new 1v1 and Team maps to the ladder! These maps will be available for playtesting or exploration in the Custom Games section of Multiplayer today. Please click on the images below to see the detailed views.

Superouman: “A modern interpretation of Cloud Kingdom. It takes the good parts of that map to make a larger and more suited version for Legacy of the Void. This version emphasizes even more of the idea of ‘The longer path gives a better angle.’”

Marras: “Nightshade might not offer anything revolutionary, but it has a solid standard layout that allows players to choose from a wide range of different playstyles. Rocks at both third base options help with early defense. The aesthetics of the map are like an organic version of cyberpunk with bright purples, pinks, and blues to contrast the darker base textures.”

NegativeZero-: “This digital battleground provides the standard complement of chokes, open areas, and choices of expansion. Defend the central bridges, or control the forward high ground bases as a late game focal point."

Superouman: "This map is set in a Zen garden; it even had two Koi ponds on the sides! The main feature of the map is the two small entrances to the natural. The first one gives a direct and short path to the opponent; it is only one tile wide, but can be enlarged by mining the minerals. The other choke is six tiles wide and leds to the third base. In the middle, there are two sets of mineral walls that make the path one tile wide. These paths make large armies extremely slow unless you mine them out. This map also has more advanced custom cliffs that were shaped into pillars."

Time to bring out the big guns. A mineral wall blocks off the shortest path into the naturals and other rocks partially block attack routes. This map features Reduced Mineral Fields that block the ramp to the naturals.

On Augustine Fall, one of the teammates spawns separate from the rest, but the main bases are connected through a pocket area between them. Every player has the option to take a pocket base or a forward one as their natural, though the forward ones are much more vulnerable.

Each team can defend a single choke at the start and has a generous amount of expansion routes. Rocks partially block important attack routes early game.