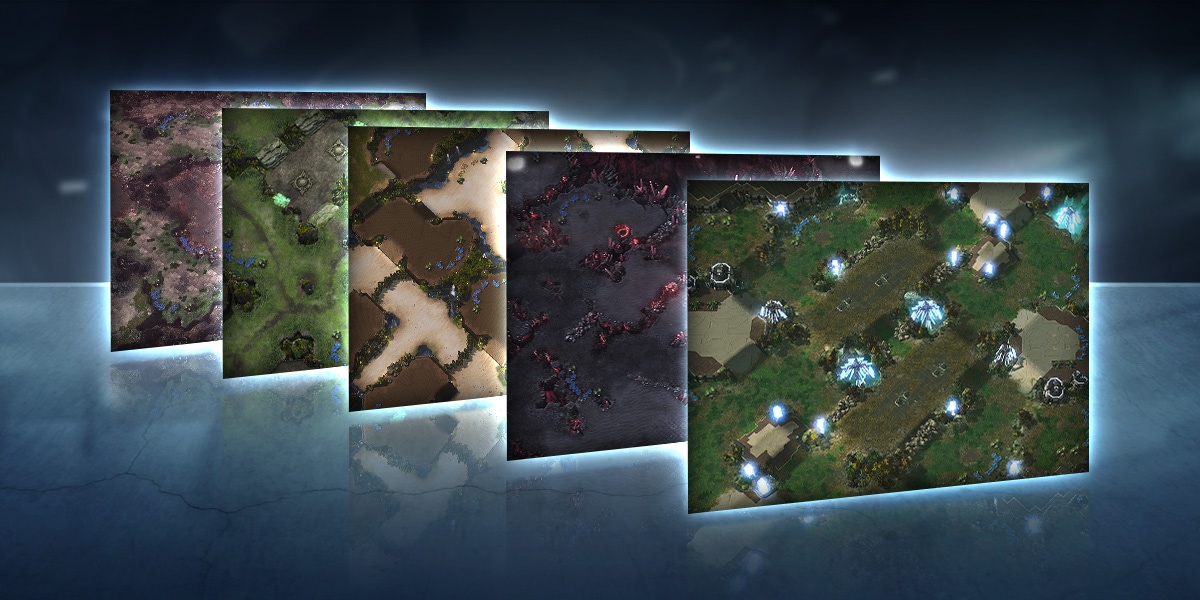 The first season of the new year is approaching, and we’ve got a preview of the new maps coming to the StarCraft II ladder. The following maps are currently available for testing in the Melee section of the Custom tab.

Take care, as the fastest path to your opponent through this mysterious forest is narrow until the surrounding rocks are cleared. The main bases are very open, so watch out for enemy air drops and small units lurking in the corners.

Located within the Void, Year Zero features a long rush distance between the main bases, but players can open a faster route by breaking down rocks between them. The northern Watch Tower will also be a key strategic location early in the game.

Despite its large size, King's Cove has main bases on the smaller side, so space may be tight as the game progresses. Scout, attack, and flank well or become another buried treasure lost within the cove.

Thanks to some uncleared rubble from a ruined terran city, New Repugnancy’s congested center area could prove problematic for maneuvering large armies. Destroying rocks on the top and bottom of the map opens new routes to late-game bases, so beware of sneak attacks.

Work closely with your ally to defend early on, and prepare to watch multiple fronts as you venture further out into this mysterious meadow.

While there are many expansion locations, team coordination is required in order to not be unexpectedly split up. Rocks in key locations, such as under the central line of sight blockers, makes defense easier in the early game—but remember that every rose has its thorns.

You and your allies have crash-landed on a hostile island. Will your crew pull together to survive, or will you perish beneath the waves of mutiny? Players can expand at their own pace, but it could prove mutually beneficial to coordinate and try to secure one of the corner areas.

Jump online into a Custom game and start practicing your strategies now. GLHF!