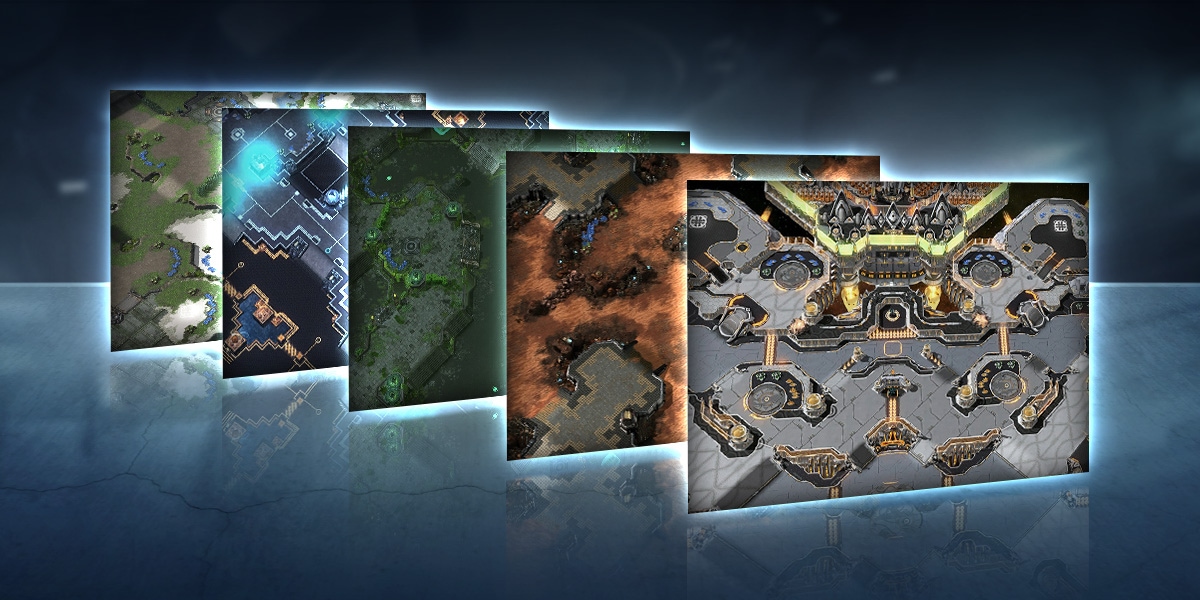 Season 3 will end soon, which means we’re getting ready to spin up new maps for Season 4. For the next StarCraft II Versus season, we’re removing Acid Plant, Dreamcatcher, Lost and Found, and Fracture. Below you will find the new 1v1 maps we’re adding, as well as the new team maps.

On this abandoned wing of the Purifier starship, you find yourself in close quarters with your enemy. Thanks to the watchtowers, gold bases, and a hidden path to the main bases, there is plenty to fight for from start to finish.

This map features main bases that are relatively close together by air, but the expansions are less vulnerable to harassment.

Be ready when push comes to shove, because the rush distance on this map is very short. There are also alternate paths and no watchtowers to assist in scouting.

This is a large macro map, and it has a long rush distance between the main bases.  The main start locations are vulnerable to air attacks if the enemy sneaks along the edges of the map.

Each team has a single main base, followed by a single natural expansion with a ramp to defend it. Pathways and expansions are similar to those in traditional 1v1 maps, and a Xel'naga tower is in each corner.

Two pairs of allies spawn together with their main bases connected by a backdoor path they can both use to reinforce each other. Both bases open into a shared defensive area with two chokepoints. Two potential third bases are located nearby, while additional expansions require moving towards the edges of the map.

The Season 4 maps are now available for testing under the Custom tab, so jump in and start practicing strategies before the new season begins on November 20. GLHF!