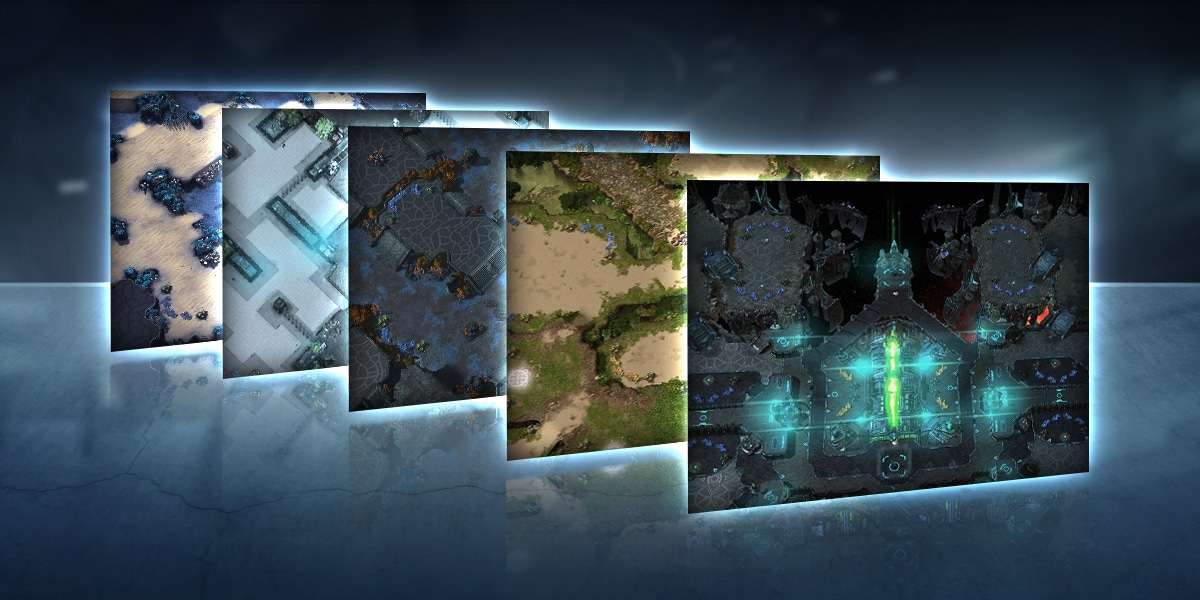 Season 2 is approaching its end—which means Season 3 is just around the corner! Once the new season commences, we’ll be removing Catalyst LE, 16-Bit LE, Redshift LE, and Darkness Sanctuary LE from the ladder pool. In their place, we’re adding the following new maps, as well as new Team maps.

This map features a lower base count than other 1v1 maps, and there is a direct attack path between the opponent’s expansion locations. You can destroy rocks to create additional pathways.

Attack along the central corridor for the fastest attack path or take the more open high ground routes to your opponent's expansions. Destroy the rocks to clear pathways between all three main attack routes.

There are multiple options for the third and fourth base expansion locations. Also, the center has high ground expansions that can be an important acquisition in the later stages of a match.

This macro map features non-linear expansion patterns, and there are multiple options for later expansions. In the beginning, it’ll be easier to hold multiple bases, but the bases tend to spread out more as the game progresses.

You can easily fortify your starting area to defend from a direct attack, but there are other routes your enemy could take. Control the north xel’naga tower to monitor incoming air attacks and keep an eye on the destructible debris to the south to avoid any costly surprises.

Your starting locations are well-fortified, but your opponents can open additional pathways to your base as the game progresses.

Your starting location is well-protected and has a good number of resources, but cooperation with your allies is necessary to secure the additional resources you'll need to be victorious.

The final 1v1 map pool for Season 3 will be:

These maps are currently available for testing under the Custom tab, so feel free to jump in and start practicing strategies before new season begins on August 14. GLHF!