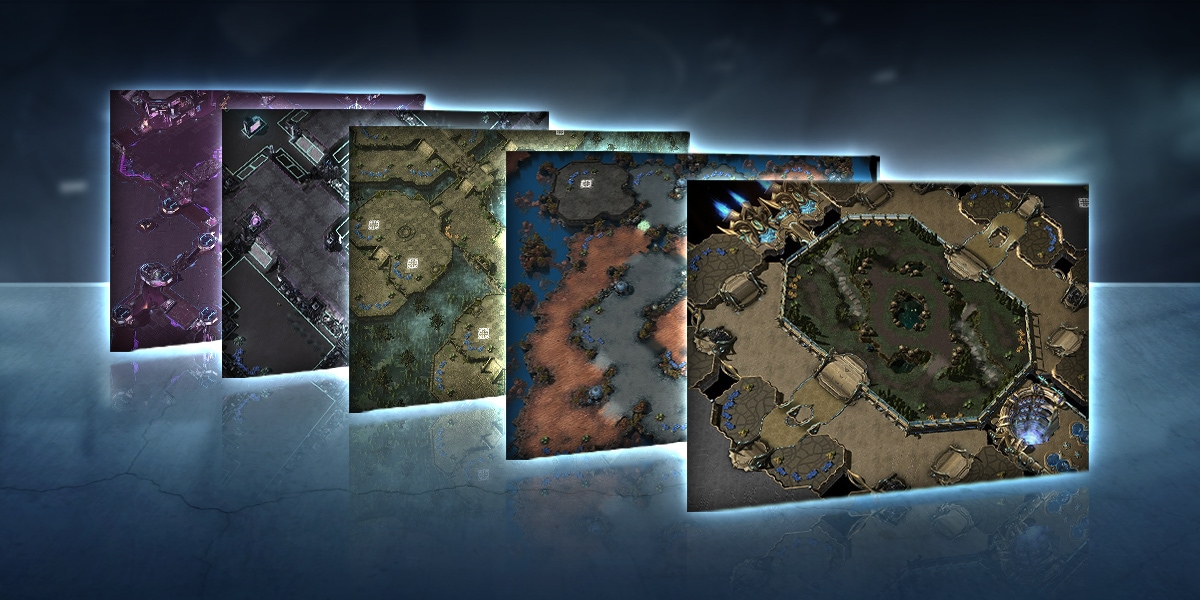 Many exciting new maps will be entering the StarCraft II map pool for Season 4 of 2017. This includes a variety of new maps for 1v1 and team games!

These maps will be available for playtesting or exploration in the Custom Games section of Multiplayer very shortly. Additionally, these maps will be seen on the ladder when the 2017 Season 4 Ladder begins! Please click on the images below to see the detailed views.

Below are four brand new maps being added to the 2017 Season 4 ladder pool.

Blackpink is a macro-style map that won the most recent Team Liquid Map Contest.  This map features many ramps and pathways for army movement.

Catalyst is a standard-style map with chokes and high ground areas that create a variety of interesting attack paths or defensive positions.

Neon Violet Square is our experimental macro-style map with interesting features, including areas in the middle of the map that restrict pathing for larger units.  This should create some interesting situations we look forward to watching!

Battle on the Boardwalk is a rush-style map that features many paths to your opponent’s base and aggressive chokes at certain locations.  There’s even a path along the outside edge of the map that connects both starting positions—providing you smash the destructible rocks!

Narrow and treacherous pathways separate you from your enemies. Prepare to engage in battle in the center regions.

Matches begin with a single path to attack, but many more can be opened by clearing rocks. Keep a close eye on your enemies to avoid surprises.

Work with your allies to maintain control of the shared resources in the center, but watch out for attacks from flying units as the air distance to your enemies is short.

We hope you enjoy playing on the Season 4 maps. Thanks to Team Liquid for running such an awesome event and thanks to the map makers for their amazing submissions.  As always, please feel free to send along any feedback you have regarding the maps. See you on the ladder!