What to expect for Season 2: Ramattra, Shambali Monastery, and the Battle for Olympus

Season 2 is around the corner, and with it, a myriad of new in-game developments!

Ramattra rises to the forefront as Overwatch 2’s latest Hero. In a nod to his revolutionary goals, Ramattra is the first Tank that can completely change forms as part of his core kit, altering his abilities and playstyle moment to moment.

In our new Escort map, Shambali Monastery, we’ll ascend the winding path walked by countless Omnics who have sought refuge within its walls. Transcend your opponents in a battle for mastery over the one-time home of Zenyatta and Ramattra. 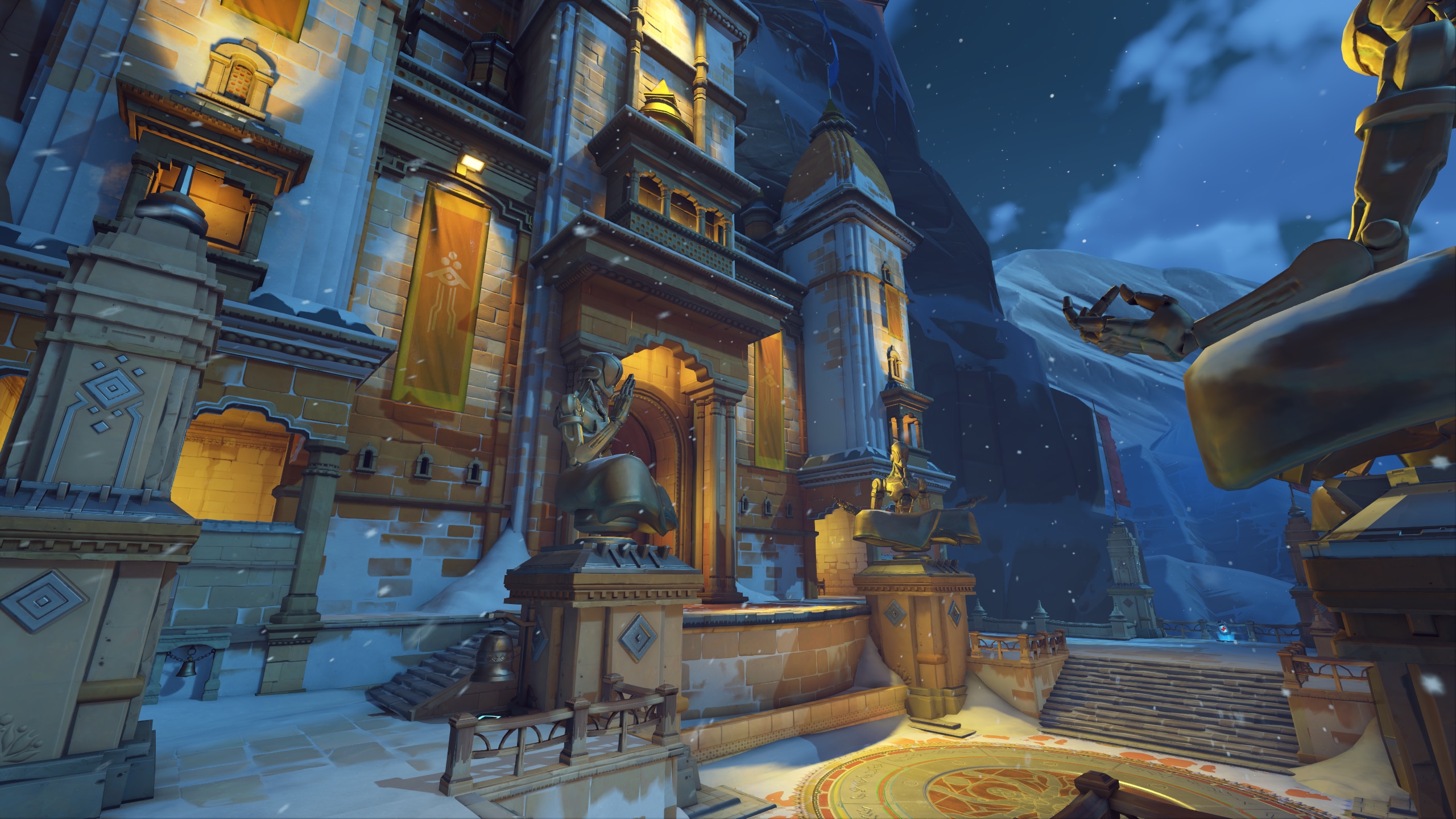 A new season for Overwatch 2 brings another round of balance changes intended to bring some Heroes more in line with competitive balance for the rest of the roster.

Both metrics and player feedback have shown Sojourn dominating the highest tiers of Competitive ranks while remaining a challenge for players without the same mechanical skills. To address the high-skill feedback, we’ll be focusing on the lethality of her Rail Gun at distance for Season 2, encouraging players to make use of Sojourn’s high mobility to close the distance for the more devastating right-clicks.

Doomfist is receiving significant changes that better support his role as the team’s front line, while still maintaining the playstyle core to his Hero identity. You can also expect adjustments for Ana, Bastion, Junker Queen, Kiriko, Mercy, and Symmetra when we release this new update on December 6.

With a new season comes a new map pool. Along with our newest map, Shambali Monastery, players can anticipate the return of a fan-favorite, Rialto, and the most epic place on earth, Blizzard World (some rides may not be available due to weather). We’ll also be visiting Oasis and Nepal at different times of the day and rotating out Hollywood and Watchpoint: Gibraltar. As a reminder, all off-rotation maps will continue to be available in custom games.

Greek mythology and Battle for Olympus

For Season 2, our theme is the stuff of gods and legends: Greek Mythology! Our second season features an all-new Mythic skin: Zeus Junker Queen, as the pinnacle reward on the Premium Battle Pass. Her skin will include new customizations, weapon models, voice lines, and special effects. Bask in the glory of her fellow gods by earning Legendary Poseidon Ramattra and Legendary Hades Pharah, all by progressing through the premium battle pass.

These heroes and several others will be imbued with awesome god-like powers in our new Battle for Olympus game mode. This new limited-time event will start on January 5 and last until January 19. Keep an eye on the skins appearing this season. They may give you a clue as to what’s to come during the Battle for Olympus!

We’re bringing back the Winter Wonderland event starting December 13 through January 4 and Lunar New Year event starting January 17 through February 1— both with new and improved rewards. Each event this season will have a skin as a reward that you can earn simply by jumping in the fun and completing challenges—this includes Epic Ice Queen Brigitte, Legendary Winged Victory Mercy, and Legendary Kkachi Echo.

You can earn even more Season 2 goodies by watching your favorite Overwatch 2 streamers on Twitch. Keep an eye out for a Legendary Ramattra skin and other Twitch drops this season!

We will be introducing new challenges in Season 2 as a way for players to earn new heroes they have not yet unlocked.

Players who missed out on unlocking Kiriko in Season 1 or brand-new players starting in Season 2 can unlock new heroes by selecting the Challenge for the hero they want to unlock, which sends you into the Practice Range to learn their abilities, and ultimately challenges you to win games of Overwatch. For those wanting to skip the Challenges, you have the option to unlock these new heroes directly in the in-game shop. As a reminder, Overwatch 1 owners automatically receive new heroes Sojourn, Junker Queen, and Kiriko, by logging in before the end of Season 2. Players new to Overwatch 2 received Sojourn and Junker Queen as a Season 1 login bonus.

Looking forward at what’s to come

Overwatch is growing: our player base, our team, and our game. We will be constantly adapting and building on Overwatch 2 as a live service. Season 2 brings many significant content updates that we are delighted to share with you, and we can’t wait to see how Ramattra shakes up the current state of the game.

Thank you for being a part of Overwatch, and we hope you enjoy Season 2!