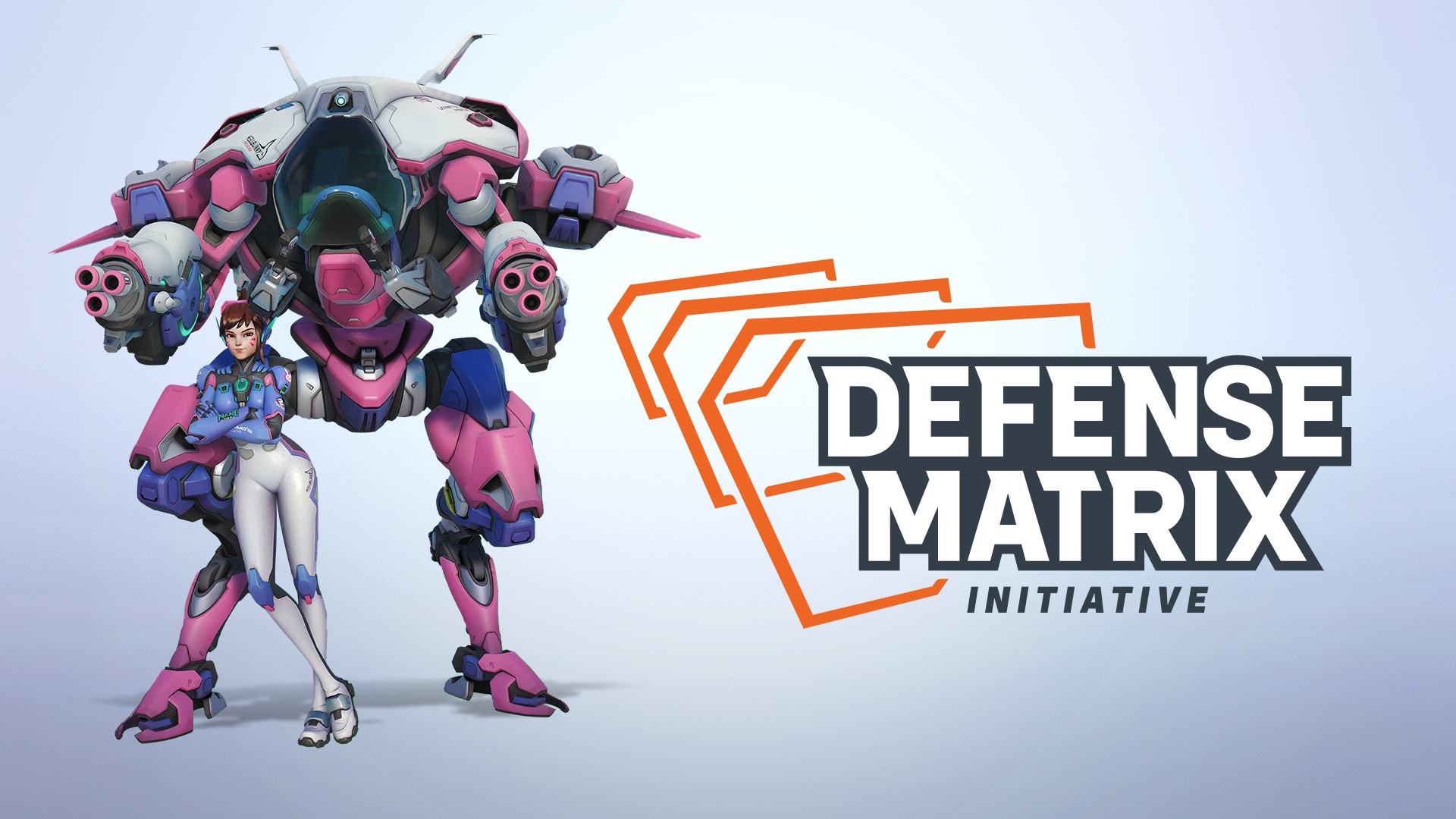 Update, November 17: Beginning today, we are expanding global SMS Protect access to pre-paid phones. We are excited to welcome more players to Overwatch 2 while continuing our commitment to combating disruptive behavior and protecting the integrity of the player experience. This update may take several hours to roll out completely, and we can’t wait to see you in-game!

Update, October 5: We designed Overwatch 2 to be a live service, which enables us to be responsive to a variety of player feedback. We have made the decision to remove phone number requirements for a majority of existing Overwatch players. Any Overwatch player with a connected Battle.net account, which includes all players who have played since June 9, 2021, will not have to provide a phone number to play. We are working to make this change and expect it to go live on Friday, October 7. We will update players once it is in effect.

We remain committed to combating disruptive behavior in Overwatch 2—accounts that were not connected to Battle.net as well as new accounts will still have to meet SMS Protect requirements, which helps to ensure we’re protecting our community against cheating. If a player is caught engaging in disruptive behavior, their account may be banned whether they have a new account or not.

As a team, we will keep listening to ongoing feedback and will make further adjustments in this area if it is required.

Overwatch 2 going free-to-play is driven by our belief that the game should be played and enjoyed alongside friends. On October 4, we are excited to welcome even more players into our universe. While this is an exciting time, we also recognize that free-to-play introduces new challenges in how we disincentivize disruptive behavior and gameplay. We’re ready to meet these challenges head on with a new initiative we’re calling Defense Matrix.

Defense Matrix encompasses our infrastructure of systems designed to help protect the integrity of gameplay and promote positive behavior in Overwatch 2. This initiative is spearheaded by a group made up of cross-functional teams throughout Blizzard, and they have defined a set of goals that’s guiding our mission to ensure a great experience for all Overwatch 2 players:

These core philosophies guide the Defense Matrix team’s efforts to work together to fortify Overwatch’s security and game experience so every hero can play the game in a fair and safe environment.

SMS Protect brings meaningful change when it comes to disruptive play. This additional layer of security is an industry-proven solution in combating both cheating and disruptive behavior, further protecting your Overwatch 2 experience from bad actors.

The security of your account is important, and SMS Protect helps verify ownership of your account in the unforeseen event of an account compromise. Similarly, if a disruptive player has been suspended or banned, SMS Protect makes it more difficult for them to return to the game.

Even if you own a previous box version of the original Overwatch, you still need to activate SMS Protect to play Overwatch 2.

Overwatch is a social game, with many in-game spaces where players interact, communicate, and work together. These spaces all improve the player experience through gameplay and interaction whether in Competitive, Workshop, or Quick Play. As stewards of Overwatch, we’re constantly evaluating our in-game systems. As part of this process, we’ve determined that there were a few spaces that were not meeting expectations and needed improvement heading into the launch of Overwatch 2 and the weeks following.

For years, our team has used machine learning to detect and prevent disruptive behavior, cheating, and disruptive text chat. Our detection methods leverage multiple systems, including your in-game reports, to identify behavior that drives down the quality of the in-game experience. We’re expanding our detection capabilities by introducing audio transcriptions in the following weeks after launch.

Audio transcriptions allow us to collect a temporary voice chat recording of a reported player and automatically transcribe it through speech to text programs. The text file is then analyzed for disruptive behavior by our chat review tools. Once the audio recording has been transcribed to text, it’s quickly deleted as the file’s sole purpose is to identify potentially disruptive behavior. The text file is then deleted no later than 30 days after the audio transcription.

The First Time User Experience (FTUE) is an introduction to Overwatch 2 specifically designed for brand-new players who make their account post-launch.

We want FTUE to welcome players more gradually to Overwatch 2, as we’ve seen consistent feedback from new players feeling overwhelmed by numerous game modes and heroes. New players begin with access to a limited set of game modes, heroes, and some other restrictions to onboard them more gradually. The first phase of our new FTUE rapidly unlocks all the game modes and the ability to chat in-game, and the second phase unlocks all the original Overwatch heroes over the course of approximately 100 matches. This focused experience eases new players into the world of Overwatch by teaching them about different modes, rules, and other high-level aspects of the game in an approachable way.

Most FTUE restrictions are lifted while in a group, so new players can team up with their friends at any time to play almost any game modes. Competitive is the exception to this rule because new players must complete a specific challenge to access this game mode.

Requirements to enter Competitive mode are changing with Overwatch 2. We are removing player levels in-game, so instead of having to reach a certain level, new players are now challenged to win 50 Quick Play matches before Competitive unlocks. This gives new players time to prepare for the higher expectations that come with Competitive, while long-term players don’t feel discouraged by teammates who have less experience. In the process of unlocking Competitive, we analyze new player skill levels to optimize matchmaking in a way that feels good to everyone.

While this process helps new players join the fun, it’s also an effective way to discourage disruptive behavior and cheating. FTUE is an investment to complete because it takes time to unlock game features— Competitive, specifically, cannot be accessed without winning matches. Disruptive players are unable to immediately affect the larger community, with things like voice chat and match chat unlocking later in FTUE. Brand-new accounts made by cheaters or disruptive players will all have to play through this experience, giving us the chance to identify suspicious accounts before they enter other game modes.

FTUE was designed to make Overwatch 2 a welcoming, approachable, and fun game for everyone who chooses to play. This experience only affects accounts made on or after the October 4 release date: anyone who played prior, as well as Watchpoint Pack owners, will not have to play through the First Time User Experience.

Positive interactions deserve to be celebrated, so Endorsements are being optimized for Overwatch 2. There will only be a single Endorsement category per match, rather than splitting into three different categories, and you will only be able to endorse players on your team. Through this change, positive players will have an easier time achieving and maintaining high endorsement levels.

Our goal is that players recognize and aspire to be positive forces in our community, and we plan to award Battle Pass experience to players with high endorsement levels to show our appreciation!

As we mentioned, player levels are being removed in Overwatch 2, with experience going towards leveling up your Battle Pass! This means Portrait Borders that symbolize player level are going away from all game modes in Overwatch 2, and Competitive skill tiers will no longer be displayed before each Competitive match. Players will have customizable name cards and titles to display alongside their in-game name and player icon. There are a few reasons for this change: We found this to be a pain point for Competitive as some players were passing judgement on their teammates before the match began, causing either explicit or implicit bias to occur immediately.

We want this change to help players work together by eliminating this potential bias.

The Ping System is a new feature in Overwatch 2 that gives players the ability to communicate with their team without having to use voice chat. This system enhances voice communication while also providing alternative ways to share information with your team. We also understand that some players do not wish to participate in voice chat at all, and our hope is that this system is valuable to those players.

The General Chat in the game menus is being removed from the game because we found it to be an area where frequent disruptive behavior occurred. General chat doesn’t serve a productive purpose, and it could be removed without compromising the core mechanics of the game. Other chats will remain in-game for players to use.

Overwatch’s internal task force consists of a diverse set of roles from teams across Blizzard. This includes Engineers, Designers, Producers, Researchers, Data Scientists, Security Analysts, just to name a few. Fair and positive play reaches every group within our task force, and they all had a part in bringing Defense Matrix together.

We work as a team to conduct specialized cheat investigations and reverse-engineer cheats to understand how they work, how they hide, and how we can prevent them from impacting our players. These teams also conduct targeted deep dives on player sociology to improve our disruptive behavior investigations.

The Defense Matrix task force spans further than the Overwatch team and Blizzard Entertainment. Our external task force includes a broad range of involvement throughout Activision Blizzard King and extending beyond. Overwatch has studied the effects of cheating and disruptive behavior across multiple Activision Blizzard King franchises. In addition, we’re working with external partners and security vendors who design anti-tamper, anti-cheat, and anti-reverse-engineering technologies.

We’re also taking a hard stance on encouraging positive behavior and combating disruptive players. Blizzard is a founding member of the Fair Play Alliance, a global coalition that empowers people in the games industry to share best practices, knowledge, and tools to create fair and inclusive spaces in gaming. We work with developers across the industry on how to approach prevention and penalization for disruptive behavior while rewarding and encouraging positivity in Overwatch 2, as well as other Blizzard games.

Raising our APM for Overwatch 2

Overwatch 2 gives us the chance to continue to level-up and iterate on our systems to combat disruptive behavior and cheating in ways that a simple update wouldn’t allow. SMS Protect will secure the accounts of all players while combating banned players from creating new accounts to further pollute the experiences of others. Our chat tools are being upgraded to catch disruptive language, and audio transcriptions will enable the team to act on abusive voice chat. Cheating protocols are expanding to help us detect, counter and prevent cheating in Overwatch 2, and all these changes will occur when the game launches on October 4.

Defense Matrix is an important milestone for our anti-cheating and disruptive behavior plans for Overwatch 2. As the game grows, so will our efforts maintain the long-term health of Overwatch. We’ll constantly be working to improve and grow our Defense Matrix to ensure that Overwatch 2 is a fun, fair, and safe game for everyone.