Overwatch is evolving. In our first step towards increased communication and a consistent cadence of updates for our community, we are incredibly excited to share information about our plans for the upcoming months. We are changing our release strategy by decoupling Overwatch 2’s PvP and PvE experiences from one another to get new PvP content into your hands sooner, while we continue to work on PvE. Learn more about what’s happening through our most recent developer update with Game Director Aaron Keller:

Then our first PvP Beta will begin in late April for PC in select regions. This closed beta will include a larger group of testers who we will ask to provide gameplay feedback. Our goal for this phase is to test our new features, content, and systems before we shift to stress-testing the servers with a wider player base in future Beta tests.

This first PvP Beta will include the most significant release we’ve had since our launch. Here are the major items you can expect to see from the first beta! 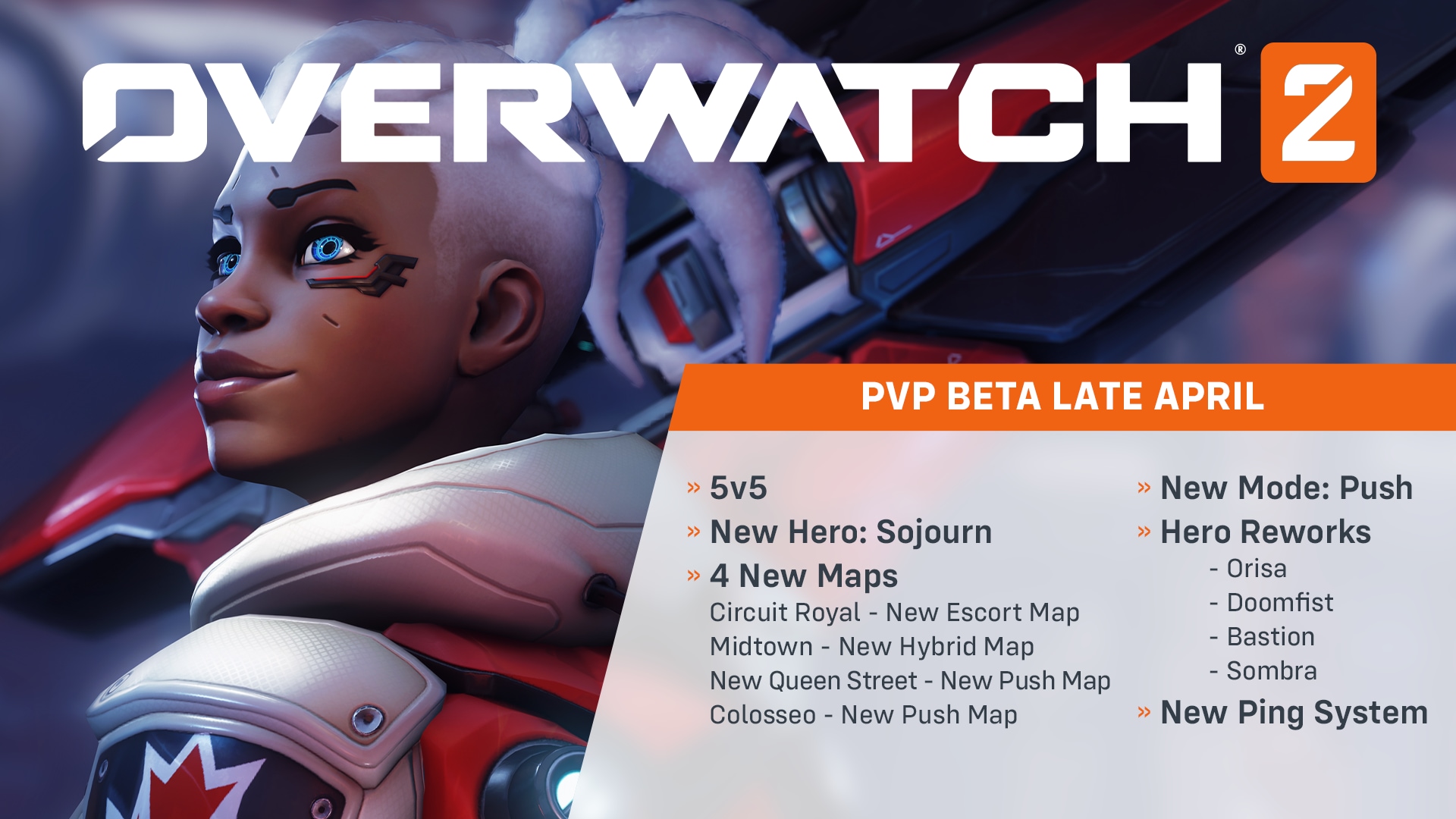 You can sign up to request access to the Overwatch 2 PvP Beta 1 now on PlayOverwatch.com. Players will be granted access in phases, and we will add more and more players as we progress through the upcoming beta phases. We will also be sharing regular updates about what to expect in this first beta in the weeks leading up until its launch.

Thank you for coming along with us as we step forward into a new era of Overwatch. We can’t wait to show you more!