Inside the Latest Overwatch Short Story with Author Christie Golden 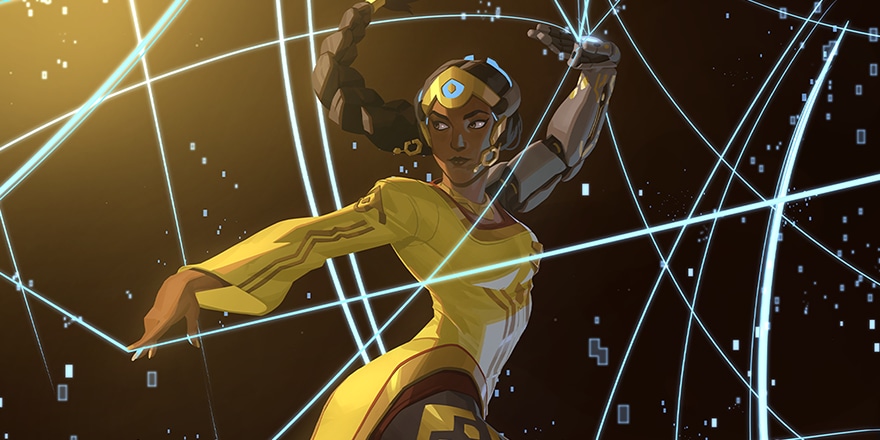 Despite having been immersed in numerous fantastical worlds and written over 50 novels spanning a multitude of universes, author Christie Golden talks about the Overwatch universe like it’s a home to her.

“I love that it’s a world in which everyone belongs,” she says. “You can celebrate your own culture, or appearance, or beliefs, while also celebrating those of others. Strong teams, friendships, and bonds of respect can be formed with anyone. I’ve always believed that there’s so much more that connects us than divides us.”

Those friendships, bonds, and connections are what she sought to explore in her short story, “Stone by Stone,” a narrative that takes readers on a journey of compassion and acceptance with Overwatch’s beloved hard-light architech, Satya “Symmetra” Vaswani. We caught up with Golden to discuss writing “Stone by Stone,” her foray into the Overwatch universe, and being one within the Iris.

Let’s start off with a bit about you and your writing process. What’s it like writing for the Overwatch universe versus Hearthstone, World of Warcraft, and StarCraft?

I’ve been a professional author for almost 30 years, and nearly everything I’ve written has been for various IPs (intellectual properties, or franchises). If I remember correctly, I’ve been involved in 13 different ones!  So I’m quite used to jumping into a world I’m not familiar with and finding something that resonates. I think of it as approaching a building and finding out which door is the one that’s meant to open for me.

What elements of a story do you enjoy writing most?

I’ve always had a knack for dialogue and characters. When I was younger, I wanted to be an actress, so I developed a good ear for dialogue which has served me well. Readers of tie-in novels know exactly how their favorite character should sound, and the kinds of words they use, and they will not hesitate to tell you if they think you didn’t get it right! Action and description, however, I had to teach myself to write that convincingly. In my current position, I’m really enjoying writing scripts for various cinematics, as those play to my strengths. I get to leave the action and description to the director and the artists!

How do you approach writing characters whose stories and arcs will be expanded by other people at Blizzard, like designers on the Overwatch team?

I actually cut my teeth on a tie-in project; my first novel, Vampire of the Mists, kicked off TSR’s Ravenloft line. I think I was kind of fortunate that I started out that way, so it wasn’t a surprise when many people other than an editor or two needed eyes on my work. When you are an author of original fiction, a publisher is working with your book. With tie-ins, you and the publisher are both working with the IP’s book.  A game is a living organism that takes many people to create. It’s changing and growing all the time. That cool character you invented for a novel could become a regular in the game… or could be killed off at any point, or never heard from again. The tradeoff is getting to play in such fascinating sandboxes, with other people who also love it. And that, to me, is tremendously gratifying.

How do you usually get started writing a piece? Do you get inspiration from specific sources and just go for it, or is it a more structured and outlined process?

For tie-in projects, the idea almost always comes from the game company, but Blizzard has always been great about listening to my ideas. I felt like family even before I was officially hired.  Once the idea is decided on, there’s a lot of back and forth on what the game team wants to happen. Then, the writer gathers the ideas and puts them into an outline. These are looked at by the team, feedback is given and implemented, and the process repeats until everyone is satisfied. The author then works on drafts, getting feedback and updates at every step.

If you could write one story about any characters or events in the Overwatch universe, what would the premise be?

I’d say hanging out with Tracer in London—my favorite character and possibly my favorite city—but we already have a comic titled “London Calling” doing that! My next three favorite characters (other than Symmetra, of course!) are Ashe, Mercy, and Junkrat. I’d love to have the three of them thrown together by circumstances and attempt to work as a team. I mean… Can they even work together as a team? Hijinks ensue!

Let’s talk more about “Stone by Stone.” Were Aurora and her story your creation?

Aurora’s truly lovely story was already in development by the time I was asked to write “Stone by Stone.” The initial idea was great, and it stayed pretty much the same throughout: Vishkar Corporation has damaged something precious to the omnics, and Satya—Symmetra—has to figure out how to fix the problem. Aurora’s story is very poignant. Even just hearing about it made me want to see more of her, and it was easy for it to captivate Satya as well. In agreeing to learn more about Aurora and the omnic faith, Satya and Zenyatta share some truths that are universal and get to know each other as unique individuals. 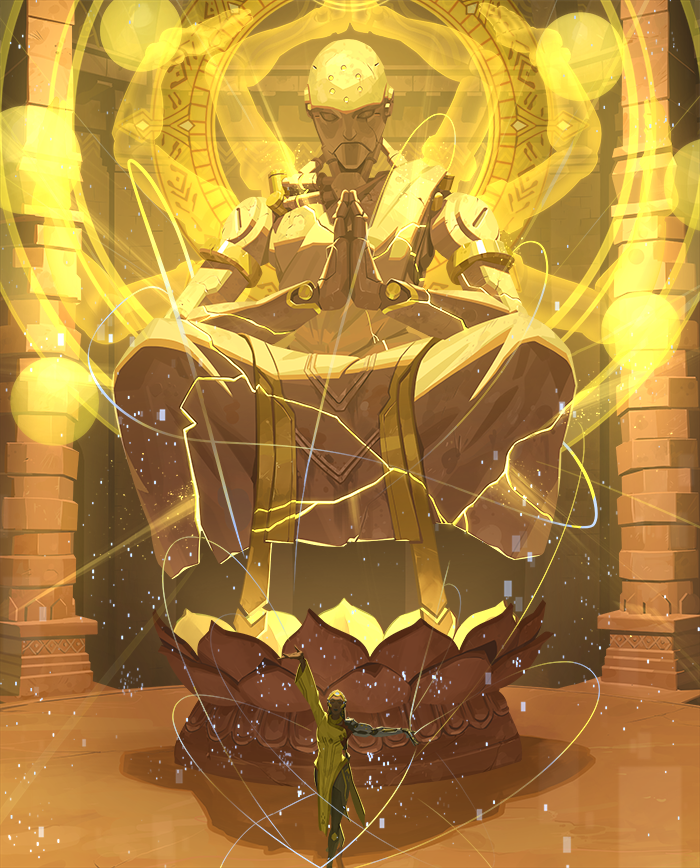 Symmetra and Zenyatta don’t have as much lore to reference as some other Overwatch characters do. What was your approach to writing them?

I familiarized myself with all we did know about them, and was able to talk with some members of the game team and a few of my fellow writers who had worked with the characters. I also let the ideas behind the story help me develop who they were, and the third sort of “energy” that is created when two people form a relationship. I have found if I’ve done my job right, the characters seem to “help out” a bit. Sometimes a line of dialogue or an action will pop into my head, for instance. While it’s a bit more challenging in a different way than working with familiar characters, it’s also very exciting to be able to help develop them at this earlier stage. I love doing research. Even if this really isn’t “our” world, I want to get as close as possible to representing people who feel real and believable in their cultures. I did a tremendous amount of research on temple architecture and protocol in India, as well as various faiths and types of rituals.

How did you approach writing Symmetra as an autistic character, knowing what she means to members of the Overwatch community who are also on the spectrum?

It was an enormous responsibility to depict a character who’s on the spectrum. I had to make sure Symmetra was believable, interesting, capable, and above all, three-dimensional throughout the story.  We have learned so much about ASD (Autism Spectrum Disorder) in recent years, and people are more open about it, so the chances are good everyone has interacted with someone on the spectrum. Symmetra already had well-defined characteristics, such as a dislike of disorder. I did more research on the various manifestations of ASD and found—as is so often the case—nothing was really “typical.” Like all of us, people on the spectrum are unique and varied. At the end of the day, the most important thing that people want and need is to simply be seen as people. We don’t want labels, or certain expectations, or assumptions. We all want to be heard, seen, valued, loved, for where and who we are right now. And we all deserve this.

What's the most 'you' part of Stone by Stone? Anything that comes directly from your life?

I really responded to her creativity, and the fact that she dances—or at least uses movements of traditional dance—as she does something pretty amazing: weaves light into substance. We often tend to separate our minds and bodies, and it was lovely to find a character who was integrating them both so smoothly. The rhythm of the temple life is something I try (poorly, I’m afraid) to integrate into my own life, but when I do take time to take my body for a walk while my head works on a problem, or light a candle, or even just pause and breathe, I always feel better and calmer. In a way, as I continued to write the story, Satya inspired me to look for ways to help, to find connection where there is friction, and to keep learning and understanding about others, what they think and feel. After all… we are all one within the Iris.

Learn more about Symmetra’s journey in Christie Golden’s new Overwatch short story, “Stone by Stone.” Once you’re done reading up, restore order to the battlefield from now until November 30 in Symmetra’s Restoration Challenge to earn new rewards, including Marammat Symmetra, by winning games and watching Overwatch on Twitch.