Gazlowe’s hero rework: A Bruiser you want to scrap with

You’re going to want to take a look at this Gazlowe hero rework . . . he’s a miracle of Goblin engineering!

Our favorite scrapper has gotten a mechanical and quality-of-life upgrade just in time for the upcoming CraftWars patch dropping on September 8. With these changes, Gazlowe—the Nexus’s very own demolition man—has been fully realized as a frontline Bruiser specializing in disruption and zone control.

Learn about the changes to Gazlowe’s abilities, talents, and more below!

The Heroes team had very clear goals with Gazlowe’s rework: on the gameplay side, the devs saw an opportunity to make him more effective in team fights and solo laning. On the thematic end, they knew they wanted to play up the Goblin engineering fantasy and used this as a pillar for the changes to Gazlowe’s kit.

A Peek at the Results

Gazlowe now comes with a new resource system called Scrap to replace and reinvent his previous Mana usage. Combined with his cooldown-based abilities, his Rock-It! Turrets have been refocused through new and reimagined talents such as Positive Reinforcement, which increases Gazlowe’s Attack Speed each time his Turrets attack a Hero. This Goblin is a self-made, self-reliant threat on the battlefield. 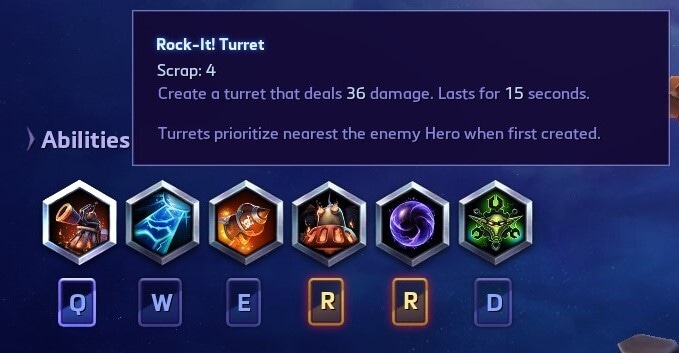 The rework also addresses the team’s mechanical goals for Gazlowe by introducing design changes to his abilities—most notably Deth Lazor and Xplodium Charge—making them more consistently useful over the course of the game. The two abilities no longer have a cost, have a reduced cooldown, and sport other quality-of-life changes to get this Goblin cruisin’ in-lane as a top-notch Bruiser.

Learn more about Gazlowe’s new kit! Head on over to the PTR patch notes to read the full list of changes included in the hero rework, and try them out for yourself in-game starting September 8.