Core Concepts: Your Role in the Fight

Hail to you, Champion! This ongoing Core Concepts series is offered as both a guide for new players and an overview for more experienced players looking to brush up on their fundamentals. This time, we’ll be focusing on the differences between Hero roles, and what your teammates might expect of you in each role during your games.

If this is your first Core Concepts article, we encourage you to explore our earlier articles as well, starting with our introduction to the game. As you read on, you can also fire up the in-game tutorial and check the action out for yourself. Between your battles in the Nexus and these blasts of arcane knowledge missiles, we hope to have you confidently running the board in no time.

Hero Roles in the Nexus

Heroes are divided into Warriors, Assassins, Supports, and Specialists. As you dive into the following sections, keep in mind that several heroes are classified as hybrids, and can be custom-tailored depending on the talents you select.

Head here for a complete list of Heroes and their roles. 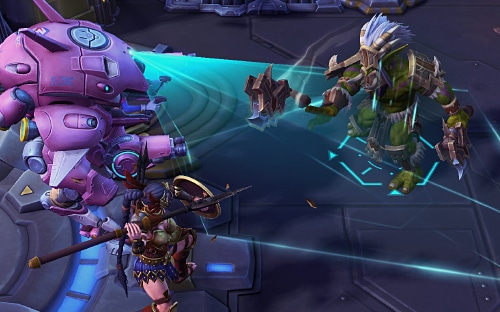 Shorthand for ‘protect your allies.’ Accomplished when the frontline of the team changes focus to assist backline heroes (Assassins/Supports).

In addition to damage mitigation and healing abilities that sustain them in fights, many warriors also have roots, stuns, or pulls, which can disrupt opponents. To be as effective as possible, Warriors will need to be patient in the execution of these control-abilities. Because Warriors are often relied upon to initiate team fights, they’ll want to be aware of the location of their teammates at all times. Warriors who charge in too early may lack the back-up they rely on to survive a fight. Conversely, engaging too late may give opponents a window to annihilate squishy allies, like Assassins and Supports.

There are different playstyles Warriors should adjust to depending on your team’s Hero composition. For example: Artanis and Sonya can act as Bruisers, front-line heroes who may lack the same amount of CC as other Warriors, but accent their tank with damage and pressure (and more health than most heroes). Team compositions with smaller health pools but consistent damage output will typically benefit from a ‘peel’ playstyle, meaning that tanks will need to attract attention away from their backline assassin and support allies. Alternatively, compositions that prefer to dive aggressively will need their warrior to charge in with the team and remain there until the targets are subdued, the objective has been captured, or the team needs to retreat.

Seize opportunities to shut down your opponent’s powerful channeled abilities with a well-timed stun or similar crowd control effect; some Heroic abilities, like Valla’s Strafe and Nazeebo’s Ravenous Spirit, can be interrupted.

As a front-liner for your team, be on the lookout for objectives and remember that your presence will be needed should a team fight erupt at the corresponding location.

Scouting is key! Use your high health and survivability to lead the way through potentially dangerous areas, and proactively check bushes to find opponents who may be lying in wait.

Always know where your backliners are. Be sure not to abandon your team, and do your best to disrupt and distract enemies who are attacking your squishier allies.

These are the powerful pain-bringers of the Nexus, offering tons of damage but lacking in durability in team fights. As such, it’s crucial for Assassins to carefully position themselves in the backline and commit to the battle when their opponents’ focus is elsewhere. Approaching team fights in this way will allow the warriors to absorb the brunt of their enemies’ attacks.

Assassins can be broken out into burst-damage and sustained-damage. Burst-damage Assassins such as Kerrigan and Jaina can deal a devastating amount of damage in a short amount of time, and should look for these opportunities to unleash their full barrage on their enemies for maximum effectiveness. Jaina, for example, relies heavily on well-timed combinations of spells to maximize her burst damage. Look to capitalize on stuns, or surprise your enemies from a bush to maximize damage and quickly take someone out of the fight.

Sustained-damage Assassins like Raynor and Valla, on the other hand, are generally better equipped to poke at their opponents and keep up constant pressure. When using sustain-damage Heroes, look to constantly attack targets from a safe position in order to deal as much damage as you can.

Chasing a low-health enemy can sometimes secure a kill for your team, but beware of tunnel vision! The farther you chase a hero, the riskier it becomes. If you can’t see that player’s teammates on the minimap, then you’re likely headed toward danger.

Stay behind your tank! Your warrior is the shield that allows you to deal damage without getting taken out in the process. Always mind your positioning, keeping the high-health front-liners between you and your targets.

If you burn a movement ability too early during a fight, you may find yourself without an escape when you need it most. As you gain experience with each Hero, you’ll learn when mobility skills can help to safely secure a takedown and when they won’t. Until then, save them to get yourself out of danger.

The Support role acts as a potent backbone to the team’s efforts in the Nexus. In addition to mitigating damage and offering heals, Support heroes also have powerful buffs and control spells at their disposal. Supports are divided into two sub-roles: healers, who focus on restoring allies’ health, and Semi-Supports, who rely on providing utility. 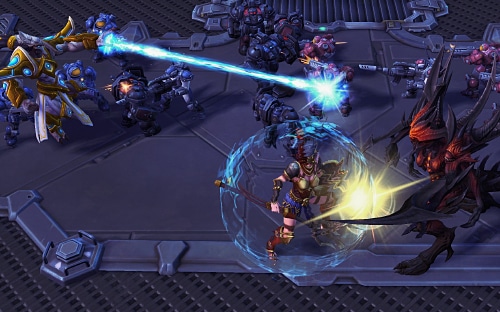 is an example of a semi-support who doesn’t directly heal allies, but instead acts to prevent damage.

For most Supports to be effective, they’ll need to stay close to their teammates during fights – ideally, behind a Warrior who is tanking the damage. If you are a healer, it’s your job to keep the team as close to their full hit points as possible. Since Warriors’ high health pools will give you some breathing room, you’ll often need to focus heals on your damage dealers, especially those who have jumped into the fray. Alternatively, if you are a Support hero that focuses more on utility, find ways to use your disrupts or stuns so that your teammates can immediately capitalize on them.

As a support, try to avoid splitting off alone whenever possible. It's important to stay with your team, as your focus is on enabling allies and keeping them sustained while the team is pushing minions and/or brawling with enemies.

Healing is a big part of playing support, but don't underestimate the importance of control. A well-placed stun, root, or silence can make all the difference if used at the right time. Try to combine your control abilities with those of your allies to keep a target locked down.

Specialists are usually the "wild card" factor for the team, as they tend to have very unique, untraditional styles of gameplay. Specialist heroes can have a sharp learning curve, as they often approach battles in a vastly different way than the other roles. A specialist can be a deadly team-fighter, a diehard split-pusher, or a hybrid of the two.

As a Specialist, you’ll want to identify what your goals are going into a match and adjust your playstyle accordingly. For example, Abathur can be played almost exclusively as a lane pusher, focusing on empowering his Locusts, and taking down enemy structures. Conversely, he can focus on employing his Symbiote ability; “hatting” his allies to assist them during battle. 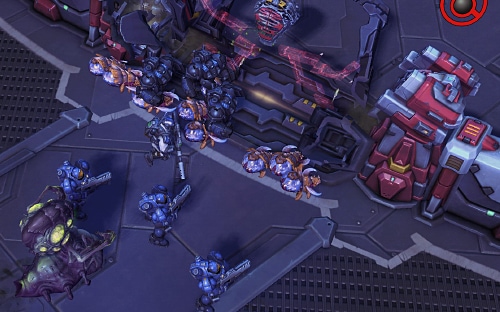 It is this flexibility that defines Specialists, allowing them to thrive and bring their own flavor (a fishy flavor… in Murky’s case) to the fight. As always, remember that communication is key to victory! Be sure to give your teammates a heads-up about your plans if you’re looking to split-push, and be willing to assist with team fights and objectives if your allies need help.

Learn your Specialists, and play to their strengths! Sylvanas’ ability to shut down structures makes her an attractive choice to push lanes – but she’ll be a much greater asset if she has assistance during those pushes. Azmodan, on the other hand, is a great choice for soloing a lane.

When split-pushing, you're certain to draw attention to yourself, so don't push too far out, or you might find yourself getting ganked!

Upon seeing an allied Abathur for the first time, some new players assume he is sitting in base doing nothing. This is not the case! Abathur does not want to get up-close-and-personal with opponents. Instead, he uses long-range abilities to assist allies from afar and control the battlefield. Try Abathur yourself to learn much more about this oft-misunderstood space slug.

It’s always important for us to hear from you, so feel free to let us know about what you think of the content presented here. Until we meet again, we raise our flagons (...swords, shields, guns, xenormorphic limbs, and angelic wings) in your name!