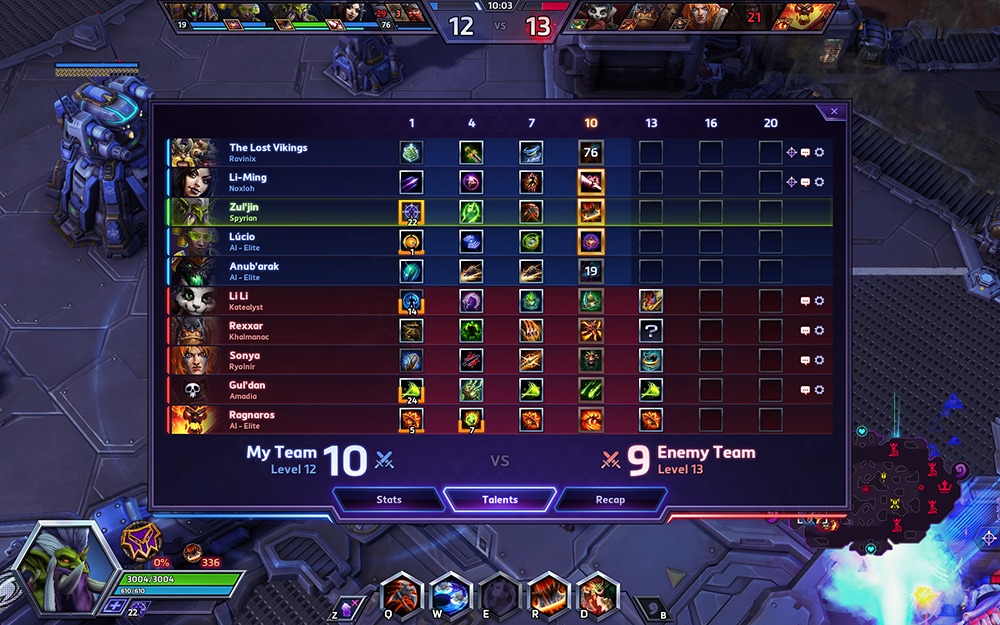 With the prior system, players could only tell who had earned flames when those players were on screen. Now, you can always see who the top performing players are at any given time by checking Party Frames, or the Stats screen.

Players are granted “On Fire” status by demonstrating an outstanding performance in several game stat categories. Takedowns, hero damage, siege damage, XP contribution, as well as role-specific stats for Supports and Warriors can all contribute to On Fire. To find more detailed information on why a player’s On Fire, check out the Stats page of the Score Screen. On Fire players will have their relevant stats highlighted, indicating the areas in which an On Fire player is outperforming their competition.

Up to three of the ten players in a game can be “On Fire” at any one time, and the better they perform compared to everyone else, the more intensely the flames around their portraits will glow. Don’t get discouraged if you’re not one of the first players to earn “On Fire” during a match, though! The game is constantly re-evaluating everyone’s performance, and just a few great plays can help you quickly snatch some fire for yourself. However, a single death will immediately snuff out your fiery highlights, so stay sharp once you’ve claimed your flames.