The temperature has dipped in the hollow. Snow has invaded, and with snow comes snowballs! These calamitous tools of childlike whimsy will rain chaos as enemies and allies alike fly across the battlefield—or lie crushed beneath a pile of frosty destruction. Be wary, Heroes . . . winter has come to the Nexus!

Complete three matches of Snow Brawl to earn 1,000 Gold and the following portrait: 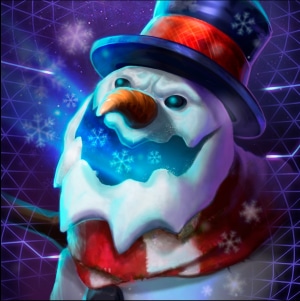 Find out more about the new Heroes Brawl game mode on our Brawl site; and as always, you can find more information on this week’s Brawl by clicking the Brawl Info button at the bottom of the play screen when preparing to queue for this exciting new game mode.