The final month of preseason has come and many players fought for the honor of being in the Top 200. Please congratulate those that achieved a top spot in Hero League or Team League for the month of May.

As a reminder, in order to be eligible for the leaderboard, players must meet the following criteria:

The following players, representing the Americas region and ranked by MMR, are numbered below for your viewing pleasure. Click the buttons below to view the Top 200 for Hero League and Team League.

Debuting alongside the release of our Ranked Play Revamp will be the introduction of Grand Master League and a new way to spot Top Players via leaderboards. 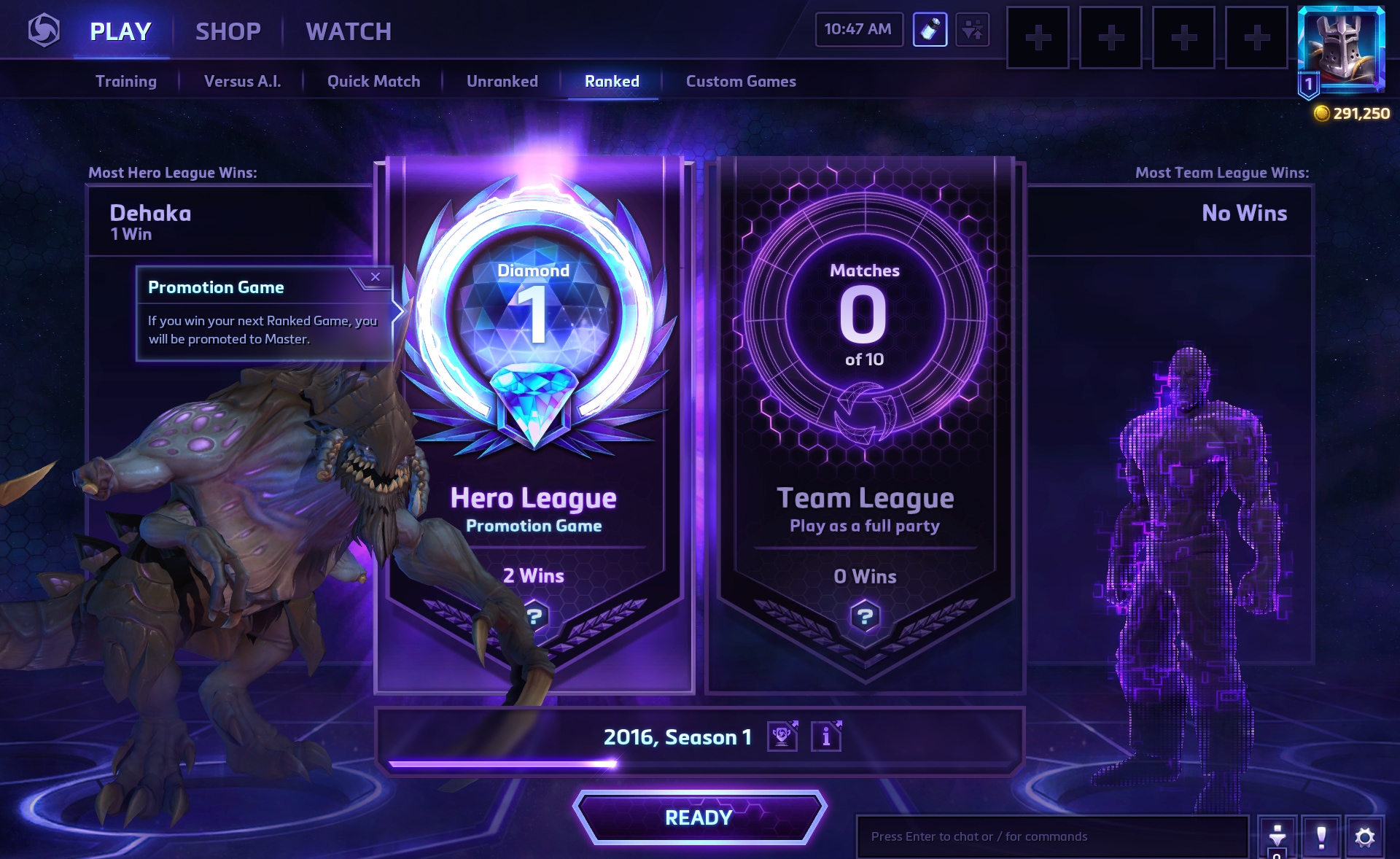 If you’ve recently logged on to the PTR, you’ve probably noticed a couple of icons above the “Ready” button on the Ranked tab.  Selecting the buttons will lead you to the official Heroes of the Storm site, showcasing the top players in each region across the world for both Hero League and Team League, and the newly released Game Guides.

As mentioned on the site, the leaderboards will officially be live on June 14th. However, if you've reached Grand Master and you're wondering why the list is still blank, it won't populate until the morning of June 15. Going forward, the leaderboard will continue to update on a daily basis, for all regions, in the early stages of the day for North America. After an update concludes, you’ll be able to see where players stand in all regions, in both Hero League and Team League. 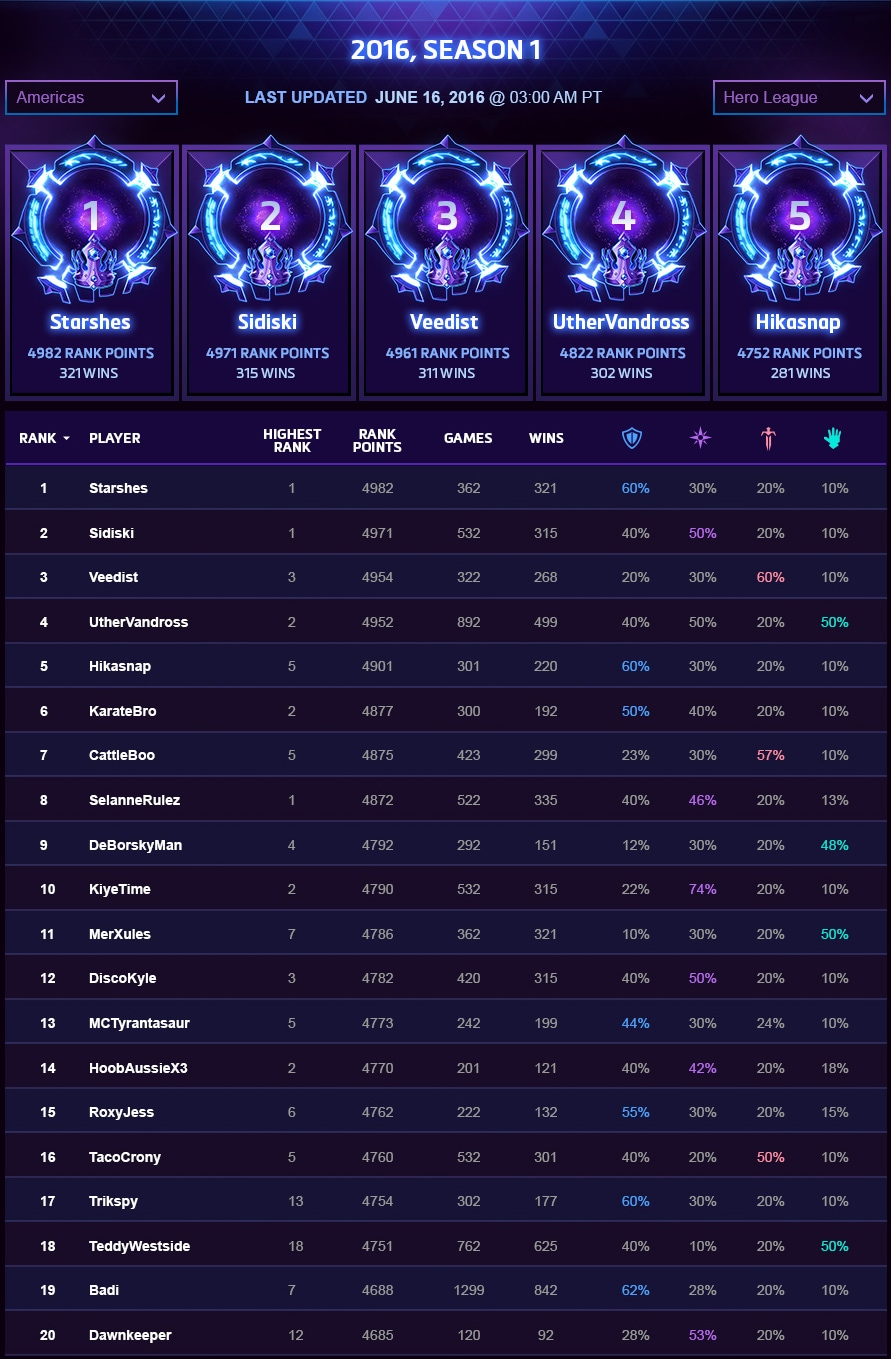 From the image above, you’ll notice players are ranked by their rank points. Next to their names, you’ll get a bit of a deeper dive on who the player is and what it took for them to get their rating. Items such as the percentage of a particular role played, amount of games, and more will be displayed.

We’re curious as to whether players can make it to Grand Master within the first 24 hours of the leaderboard’s release, so keep an eye out for your fellow players and cheer them on as they climb the ranks. We look forward to sharing the Grand Master leaderboards with you and we wish all looking to land a spot, “Good luck!”