"State the nature of your medical emergency."

Lt. Rosa Morales is a combat medic of the United Earth Directorate, and the next ranged Support to be deployed to the Nexus.

Anybody who serves with Lt. Morales in the Nexus will find a strong, dedicated Support able to heal allies in the thick of the fight. Your primary healing ability will be Healing Beam, a channeled healing spell that heals a target ally as long as they’re in range. For teammates who are getting focused down, your Safeguard skill will grant the Resistant buff, which reduces damage taken for a short time. If enemies need to be strategically positioned away from your team, Displacement Grenade will damage them and knock them back, allowing your allies the opportunity to escape. Lt. Morales’s trait is Caduceus Reactor, which will passively restore your health after not taking damage for a short period.

If you’re planning on sticking close to a buddy, your Stim Drone Heroic ability will give an ally increased attack and movement speed to temporarily boost their effectiveness. For a close-knit squad, the Medivac Dropship can transport allies to any point on the map for a well-coordinated assault.

For a more in-depth look at this intrepid hero’s abilities, check out her Hero Page and spotlight video, stat! 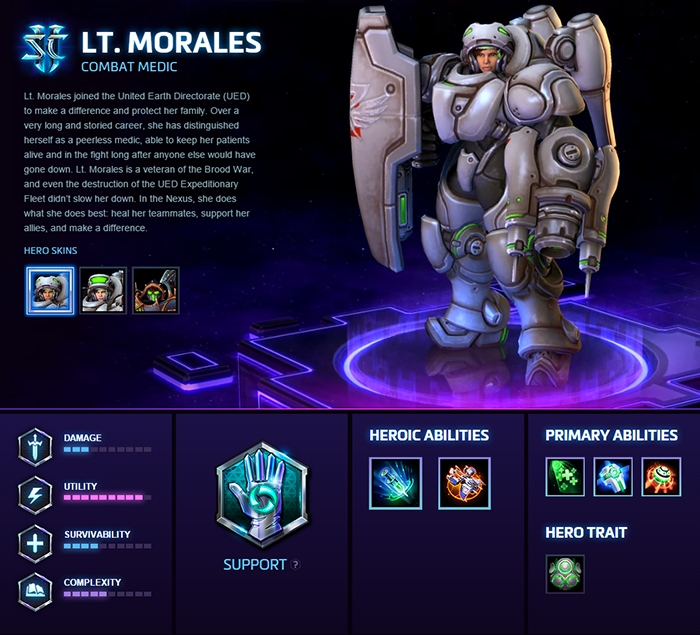 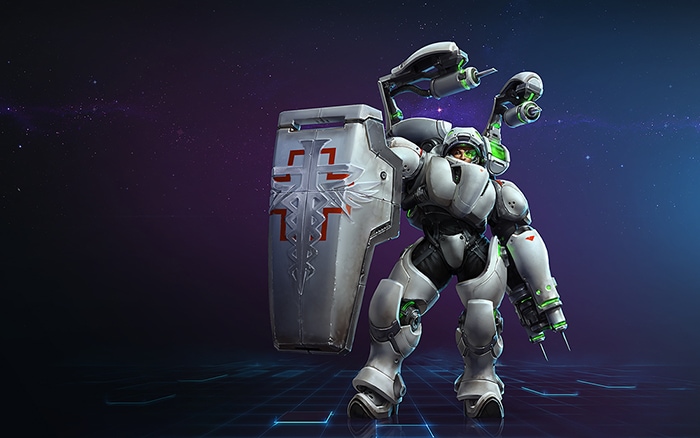