In our latest Conversations around the Community blog, we discussed Ranked Play. With our next major update, a couple of the features we mentioned will be making their way into the Nexus. Let’s dive in.

First up, let’s revisit the subject of Placement Matches and its introduction to Heroes of the Storm. As mentioned previously, the placement matches are designed to improve the accuracy of rankings assigned to players. Prior to receiving your rank, you will be required to play a number of games for the system to determine which rank you should be initially placed in.

To accommodate the new placement system, we’ll be resetting all ranks in Hero League and Team League. With the reset, all players will need to play a set number of placement matches to identify their new placement in the system.  Only your visible ranking will be reset. Your internal skill rating (MMR) will be retained to ensure you continue to receive even matches. After playing your placement matches, the system will rank you near your true rank by combining your placement performance and past play results. This initial placement may be slightly more conservative to ensure we don’t overshoot your rank and create a poor experience.

Alongside the addition of Placement Matches, the top of Hero League will be receiving a few adjustments to keep Rank 1 in-line with other ranks. We’ve adjusted how players are awarded and lose points in Rank 1 to be consistent with what you would see between ranks 40 and 2. This change will also help our system transition players to Grandmaster Rank when it becomes available. It should be noted that since the point system is now consistent, some players may find they might not be able to remain in Rank 1 as easily as they previously could. So, make sure to give 100% of your effort!

While these changes will help set up the system for the arrival of the Grandmaster Rank, the Grandmaster Rank will not be sneaking its way into this upcoming patch. We’d like to flesh out the full Grandmaster experience before releasing the feature, so keep your eyes out for more information.

Now, let’s talk about some of the changes hitting Team League. As previously discussed in our last blog, Hero League will now only be available for either solo play or for parties of up to four players.  Five-player parties will only be eligible to play in Team League. In addition to the previously announced change, we’ve also decided we are removing the ability to create or play as a pre-created named team in Team League.  After further consideration, we feel that named teams as previously available in the game were not hitting the experience we were looking for.

While we look at ways to make named teams a more compelling feature, we felt it was better to remove them, for now, to allow for a cleaner and improved ranked experience. With the removal of named teams, you no longer need to select between Hero and Team League game modes. You simply select the new “Ranked” game mode, and the game will automatically place you in the correct league based on the size of your party. Also, with this change, we will be returning any gold you’ve previously spent on creating teams. 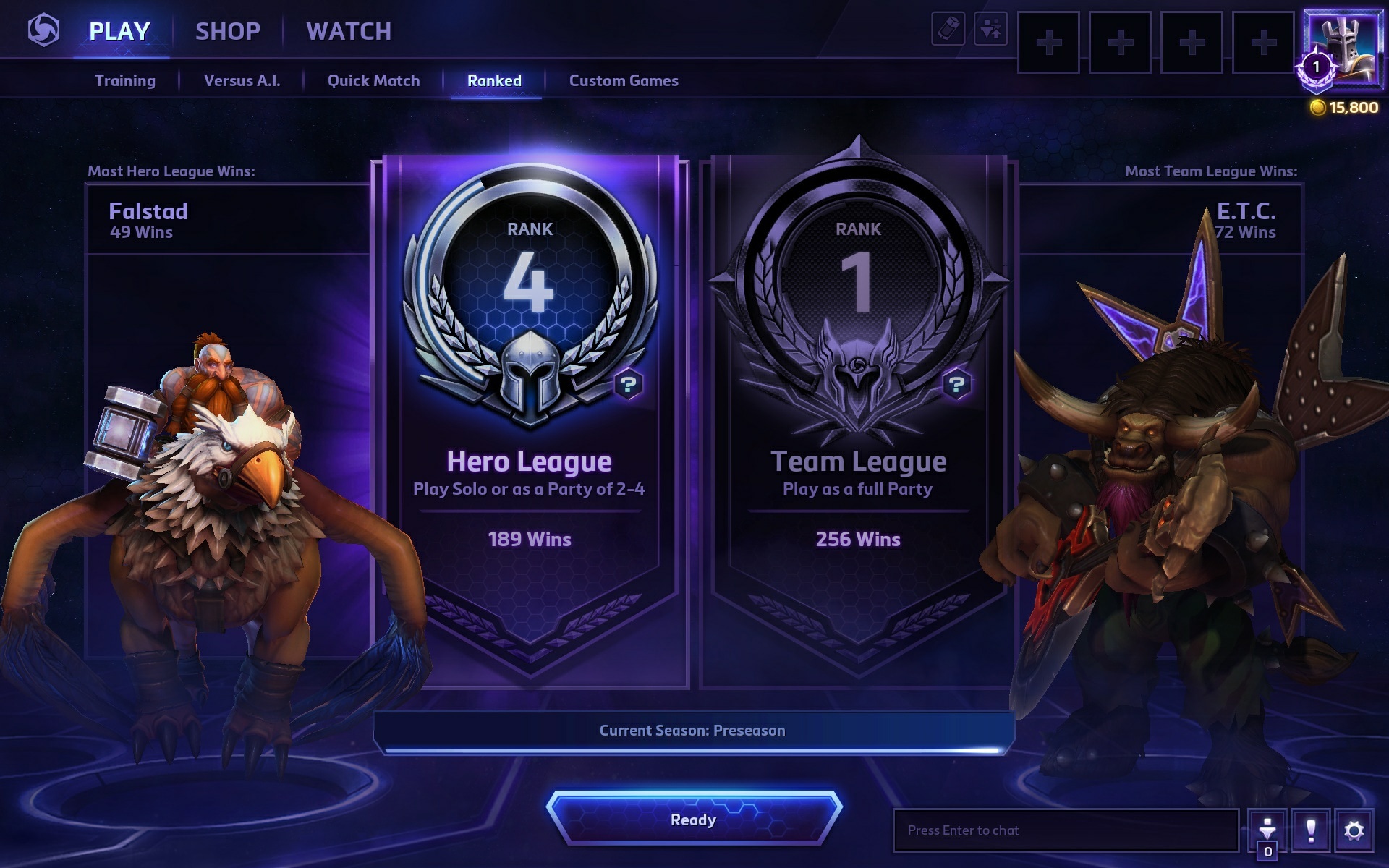 As a final note, while we are going to reset all Hero and Team League ranks with this update, we are planning to remain in Preseason. We’d like to allow the changes in this update to settle, and work towards adding the Grandmaster Rank before we start holding official ranked seasons. We’ll have more on this in a future update.

We’ll continue to improve and evolve Ranked Play as time goes on, but we’re excited about the first wave of changes coming to the Nexus. As always, we’d love to hear your thoughts on these changes in the comment section at the bottom of the page.