BlizzCon 2014 has been a wild ride so far and we've had a fantastic time connecting with so many passionate players. Whether you are here with us in Anaheim, California, or if you're keeping tabs on announcements from afar, we've got you covered, and you can find out what went down today during Day 1 and Day 2 of this Blizzard gaming extravaganza below!

Friday's opening ceremony was thrilling as always, and during the morning's presentation, Mike Morhaime revealed a number of exciting announcements for Heroes of the Storm. The biggest news by far was that development was continuing at a good pace, and that the upcoming date for Closed Beta was just around the corner on January 13, 2014. That wasn't all, though! We also announced new upcoming content and features, including Heroes like Thrall, Jaina, the Lost Vikings, Sylvanas, King Leoric, the Butcher, and the Crusader, along with some breathtaking new Battlegrounds like Sky Temple, and the addition of Ranked Play and Draft Mode! You can see them in action in the feature trailer below:

If you missed this year's BlizzCon Opening Ceremony, or want to rewatch your favorite section for a second or third time, you can check it out for free here. You can also find out more about our Heroes of the Storm announcements in the following recap blogs:

That's not all! At this year's BlizzCon we also premiered a video which dives deep into the ins and outs of playing Heroes of The Storm at a competitive level:

(Video) Heroes of the Storm Feature - Heroes as an eSport

If you want to step behind the scenes and learn about these topics and more, remember that you can still get the best seat in the house at this year's BlizzCon with the BlizzCon 2014 Virtual Ticket, which offers access all of the developer panels at BlizzCon. You’ll also get tons of exclusive interviews with the designers, artists, and key creative folks behind your favorite Blizzard games. 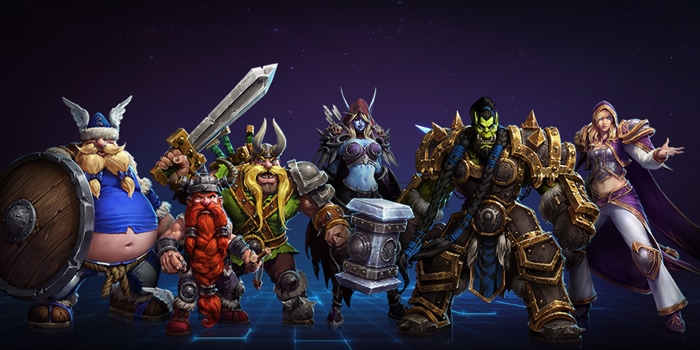 During BlizzCon 2014, we announced that Thrall, Jaina, the Lost Vikings, and Sylvanas are our newest Heroes!

BlizzCon 2014 has been a blast and there's more in store for Heroes of the Storm in the coming months. We were thrilled to share our new Heroes of the Storm demo with attendees, and we enjoyed having the opportunity to chat and connect with so many of you. You can check out the photos below which capture many of the smiling faces that embraced the full force of this year's BlizzCon! 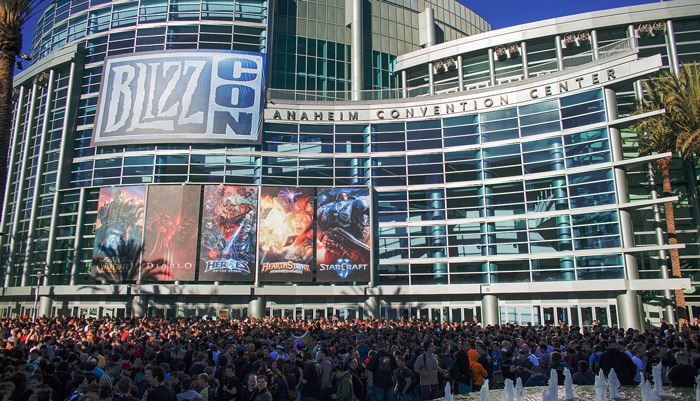 Looking to find out more about the various Heroes of the Storm festivities that were part of this BlizzCon? We've got you covered in our comprehensive BlizzCon 2014 Preview blog!

Stay tuned, because this is just the beginning, and we will be sharing even more exciting information about Heroes of the Storm as development continues. Also remember to stay connected to the latest updates by following us on Twitter, Facebook, and YouTube!