A little over a week ago, we brought Heroes of the Storm offline in order to prepare for the final phase of Technical Alpha testing. Today, we’re thrilled to announce that the Calm Before the Storm has passed, and we’ve got a brand new patch available for you. The Heroes Technical Alpha is now back online and you can check out our complete patch notes below.

All Heroes of the Storm Technical Alpha accounts have been reset with today’s patch.

Welcome Anub’arak and Azmodan, our latest additions to the Heroes roster! 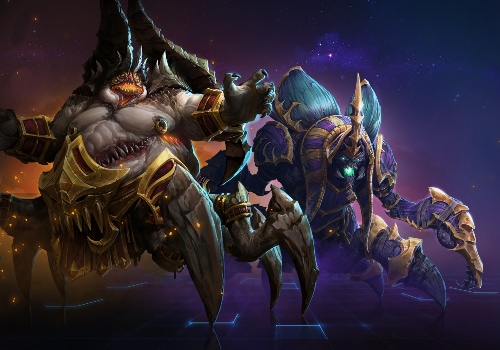 All Players Have Been Moved to Their Home Battle.net Region

Anub’arak and Azmodan have been added to Heroes of the Storm and are now available for play! Read on for a brief overview of each new Hero’s Abilities.

Please be advised that it is not currently possible to make partial payments when attempting to make real-money purchases using Battle.net Balance.