Patch 25.0.4 is a data-only patch, launching today, that includes balance changes to Standard, Wild, Battlegrounds, and Arena, as well as bug fixes and more!

Dev Comment: Balance changes at this point in an expansion are made with early, somewhat limited data. For these changes, we like to address the most egregious power outliers and play patterns that we know we don’t like—cards that we’re likely to adjust down the line anyway as the meta evolves over time. We hope and expect to make some spicier changes in our next balance pass, once we have more data.

The following cards are being adjusted to be less powerful: 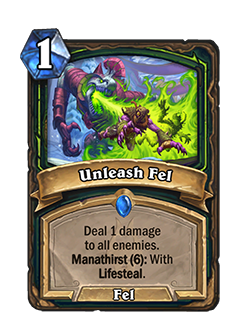 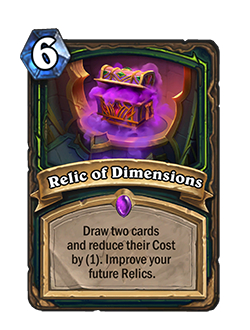 Dev Comment: The Manathirst on Unleash Fel felt like a non-factor that was almost always on anyway when you wanted to play the card. This change makes the card more interesting and helps reel in a Demon Hunter power outlier. Relics are prevalent and powerful—we like them and didn’t want to fully revert their power level, so we’re just touching the strongest Relic to make it a little less explosive. 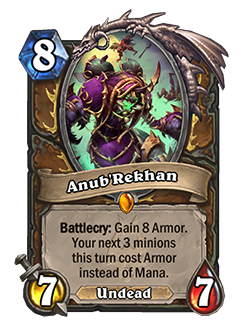 Dev Comment: This Brann-Anub’Rekhan combo is not a big winrate outlier, but it represents a play pattern we don’t like. We wanted to reduce lethality and remove the ability for the combo to let players dump their entire hand, while still allowing ramp strategies.

Boon of the Ascended 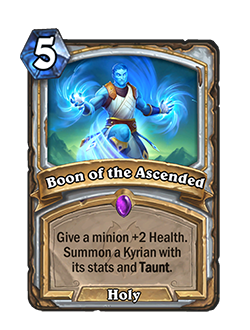 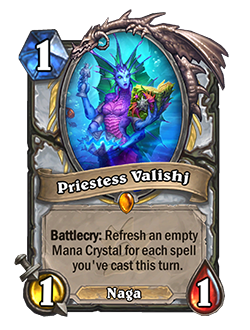 Dev Comment: Boon Priest is not common or overly powerful at most levels of play, but it is the best performing deck at high legend and it wins through frustrating play patterns. We wanted to give it a couple small adjustments to make it more in line with the rest of the meta, especially after the other adjustments in this patch. 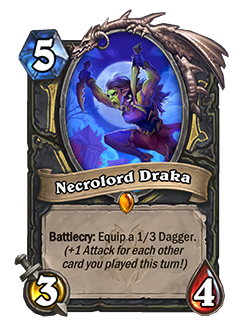 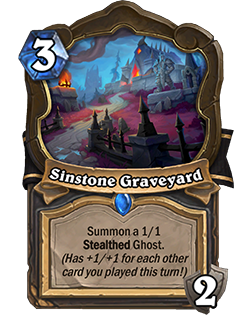 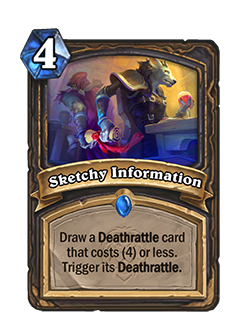 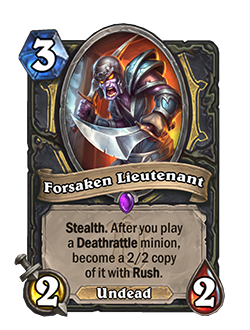 Dev Comment: There are two Rogue decks that we want to adjust this patch. Deathrattle Rogue is a deck that can do some cool, fun things, but it’s too fast for most decks to deal with. We don’t want to destroy these synergies, but we do want to slow them down. Similarly, Miracle Rogue makes for very bad play experiences when their pop-off turns are too powerful too soon. We think it is fun and thematic for Rogue to have those turns where they play a bunch of cards and get rewarded for it, but we want to slow that turn down a little. 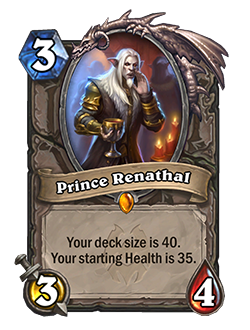 Dev Comment: Renathal had its run. He’s the most played card in the game and the meta has warped around him for a long time, so we are making this change to open the meta back up. At the same time, we know he’s one of the most popular cards we’ve ever made, so we wanted to preserve his core effect as an option for his fans. 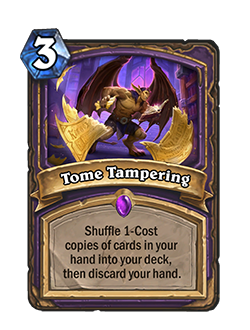 Dev Comment: Discard is a thematic Warlock archetype with many tools over the years. Those tools have combined into a disruptive force in the Wild meta. Tome Tampering is the powerful enabler that puts this deck over the format’s power level; banning that enabler will let players continue to use those thematic discard Warlock tools, but at a level that is more in line with the rest of the format.

The above craftable cards will be eligible for a full dust refund for two weeks following Patch 25.0.4 (Signature versions of Anub’Rekhan and all versions of Prince Renathal are not craftable).

We're taking a hard look at what systemic changes we want to make to Signature cards in the future, and have not finalized those decisions. This time, players who have the Signature version of Anub'Rekhan as of December 20th at 10am PST will receive a grant of 1600 Arcane Dust at login, later that week. Things may work differently in the future. We will share more information on those future plans once they're finalized.

The following cards are being adjusted to be more powerful:

Dev Comment: Death Knight is the cool new class that many players want to try out, so we’re making some adjustments to open them up a little and give them more toys to tinker with. Like with the nerfs, these buffs are designed to be higher confidence; we specifically looked for low playrate Death Knight cards that seemed primed for upgrades. We plan to take another look in the next balance pass. 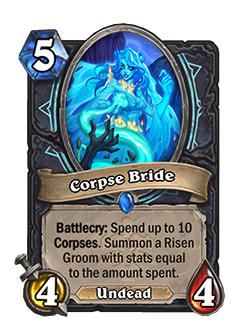 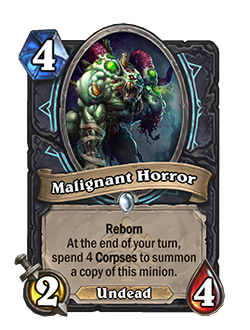 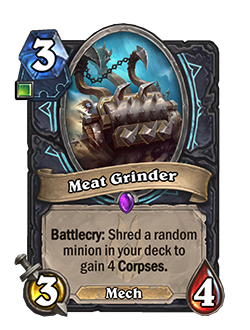 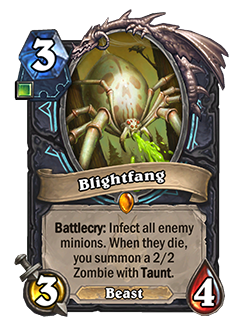 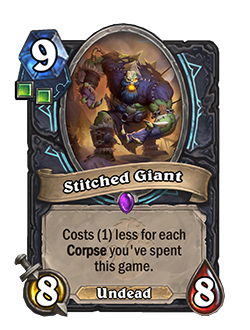 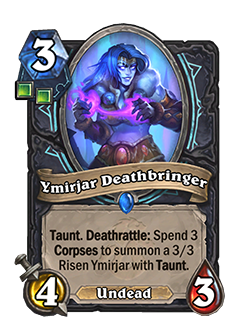 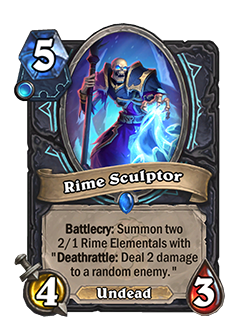 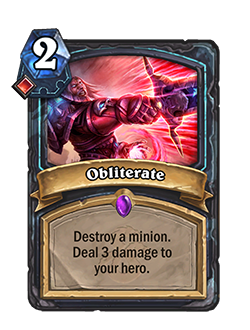 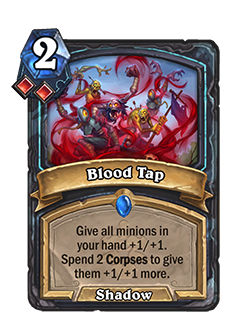 Dev Comment: As we approach the end of the season, we want all players to have a chance to experience some of the rarer Quests they may or may not have been able to find. Enjoy! 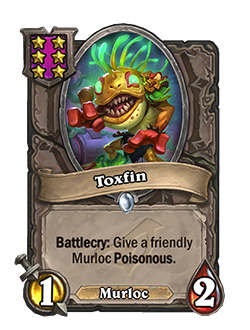 Dev Comment: Though not a power outlier at most levels, Toxfin has a limiting effect on what playstyles feel viable in Murloc lobbies. We are pushing Toxfin up to Tier 6 as a way to open up some space for more diverse strategies.

Arena draft appearance rates have been adjusted as follows: