In a Tavern-defining tournament, BeNice has earned $10,000 (USD) and been crowned the first Battlegrounds: Lobby Legends champion!

Utilizing Hearthstone Esports’ newest “Check” format, which requires players to earn a minimum of 20 points and then secure a 1st place finish in order to win the whole event, BeNice’s victory has set the standard for Lobby Legends tournaments. After four games, he was the only player to earn enough points to put the lobby into check, and it only took one more game–and masterful use of Amalgadons–for him to get another top placement to secure his victory. 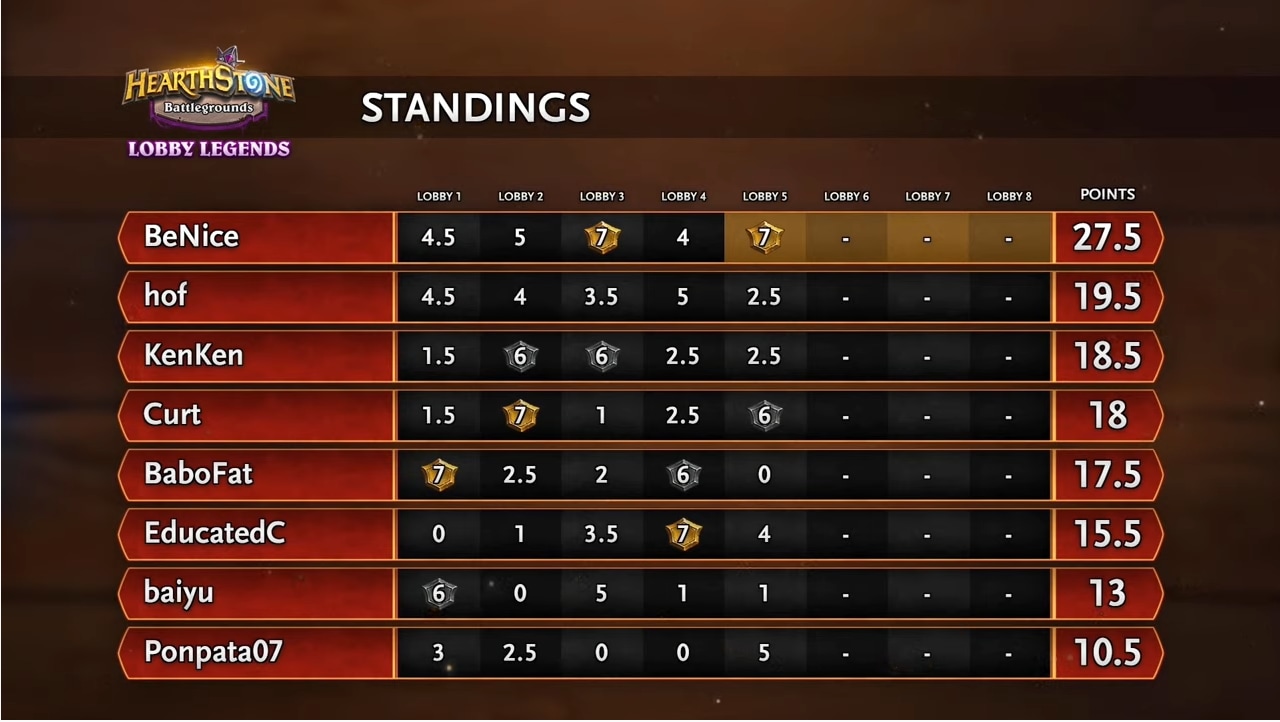 While BeNice proved himself as one of the top Battlegrounds players in the world, the entire 16-player pool this weekend showed impressive levels of strategy. The Day 1 and Day 2 broadcasts, hosted by the incomparable Jia and Alyssa “Slysssa” Ritter (on Twitter) with top-tier board switching from Sottle, can be watched on the Hearthstone Esports YouTube page.

Battlegrounds: Lobby Legends returns May 13 - May 14 for Noblegarden, and we’ll be revealing the Top 48 ladder players attempting to qualify in the coming days. Players that hope to prove their own skills in Bob’s tavern can also climb the leaderboards by the end of April for a shot at the recently announced 3rd Lobby Legends.