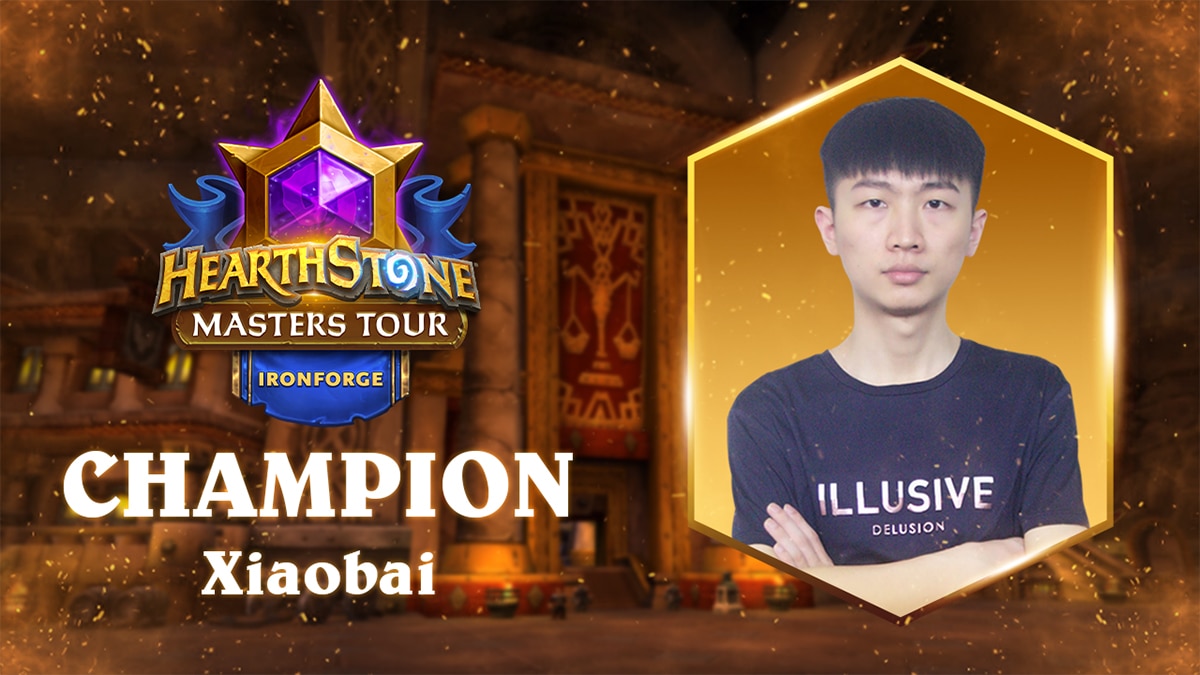 Masters Tour Ironforge has concluded and Huang “KZGXiaobai” Dehui is the first champion of 2021! In an incredible final match, Xiaobai dominated European competitor Michaël "Maverick" Looze in a 3-0 sweep. With his victory, Xiaobai outplayed 389 other players from across the globe to finish the weekend with the Masters Tour trophy and $25,000 in champion prizing! 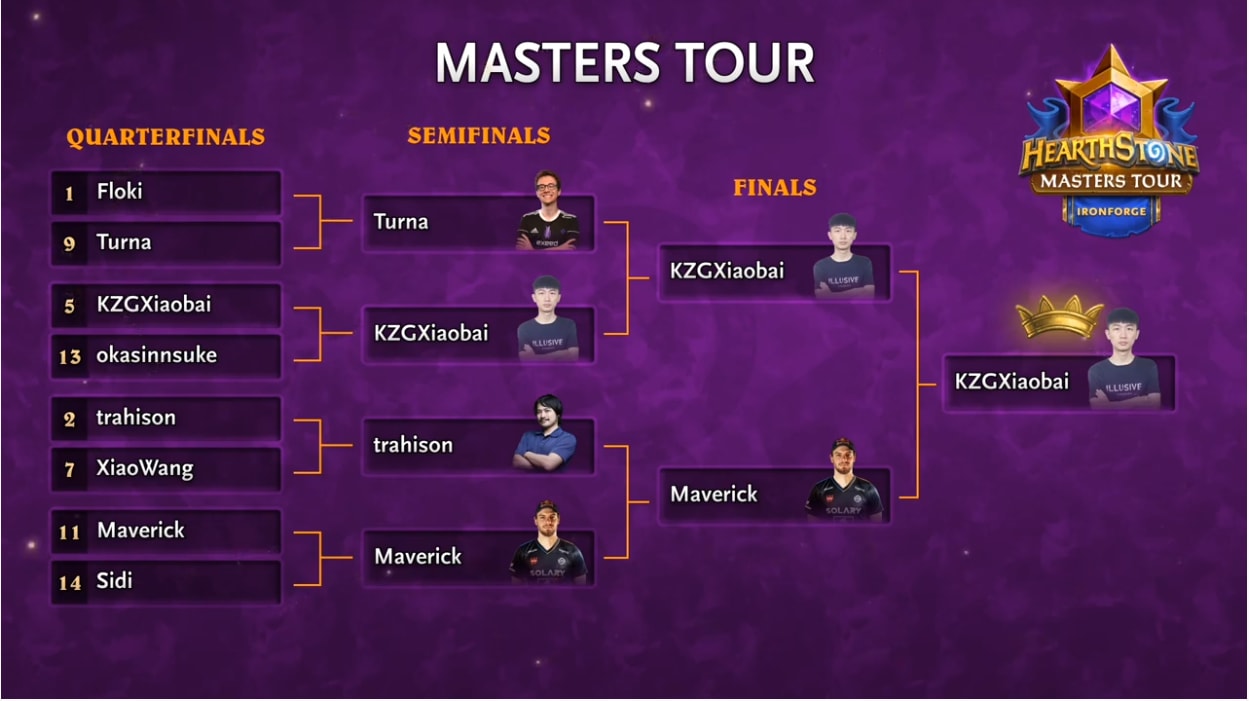 After going 8-1 in Swiss Rounds, Xiaobai secured his spot in the Top 8 after defeating Hearthstone Grandmaster Wesley “lambyseries” Seek, 3-2, in their match. This momentum carried him into the final day with a 3-2 quarterfinal win over Kenta “Okasinnsuke” Sekiguchi. He then went on to best Marco “Turna” Castiglioni 3-1, in the semifinal. Xiaobai’s Zoo Warlock, Whirlkick Rogue, and Libram Paladin decks made short work of Maverick, despite the Belgian player’s seemingly smooth fight to reach the final match. In a stunning show of mastery, Xiaobai utilized his flexible lineup to quickly secure the championship, despite predictions from both Darroch “Darroch” Brown and Jia “Jia” Dee that the match would go the full five rounds.

Masters Tour Ironforge is just the start of what is shaping up to be an incredible year for competitive Hearthstone. The first season of Grandmasters begins on April 9, and the Masters Tour returns when players head to Orgrimmar April 30 – May 2. Be sure to catch all of the action, including the matches from this past weekend, on YouTube.com/HearthstoneEsports. We’ll see you in the Tavern!