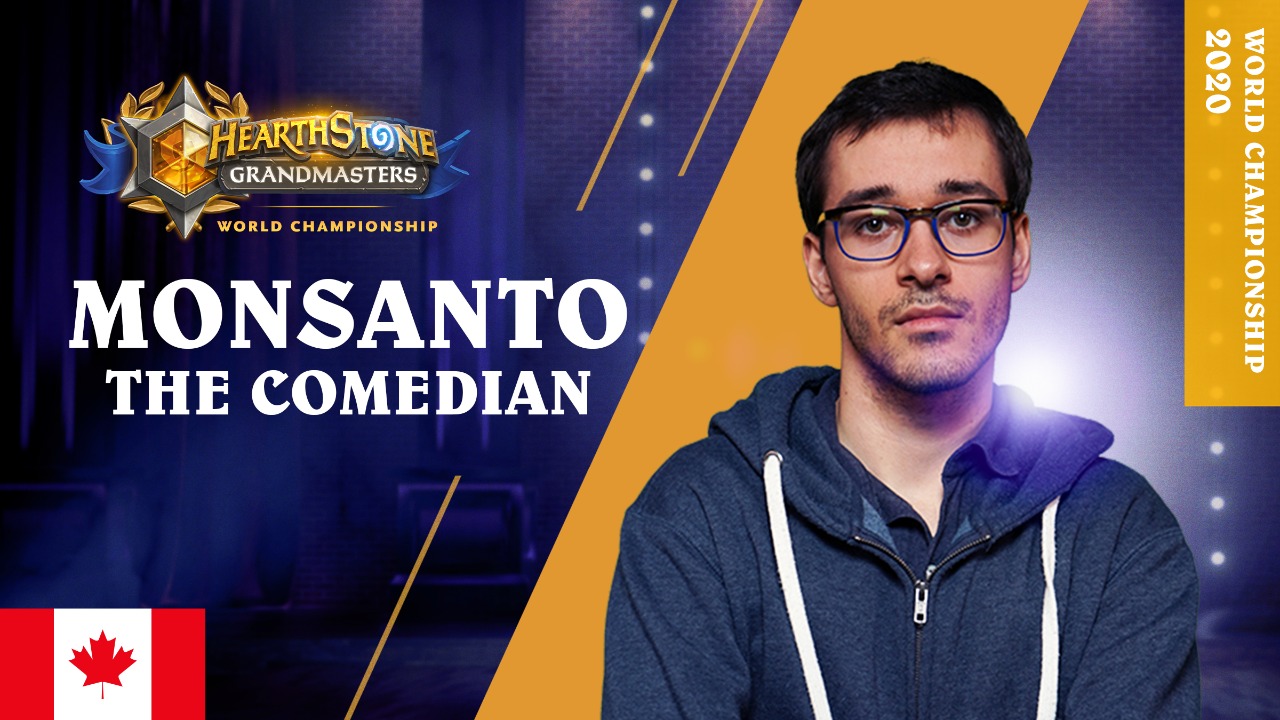 Following two Grandmasters seasons and six Masters Tours, we are gearing up to conclude the year with the Hearthstone 2020 World Championship! With $500,000 (USD) on the line, the top eight players in the world are set to meet on December 12-13 to see who will join the Hall of Champions and finish off 2020 as the next Hearthstone World Champion.

We recently asked each of the competitors a series of quick-fire questions to learn more about them ahead of the 2020 World Championship. Let’s get to know Jerome “Monsanto” Faucher.

With a quick wit and dry sense of humor, Monsanto quickly endeared himself to the Hearthstone Esports team when he first landed on the scene in 2016. His good-natured spirit and lightheartedness mask one of the true workhorses of the competitive scene, dedicating hours of prep for each match while also hosting Hearthstone News on his own YouTube channel. Hailing from The Great White North, this Canadian all-star’s consistency and high-level play earned him a spot in the inaugural season of Grandmasters. Following his 3-2 defeat of Fei “ETC” Liang in the Grandmasters 2020 Season 2 finals, securing his first trip to a World Championship.

HS Esports: What is your greatest strength at Hearthstone?

HS Esports: Prior to Madness at the Darkmoon Faire, what has been your favorite deck from 2020?

Monsanto: Enrage Warrior. It's been a very difficult yet rewarding deck to play this whole year.

HS Esports: What is your favorite Hearthstone card of all time?

Monsanto: The Curse of Rafaam one because it was so easy to equip. 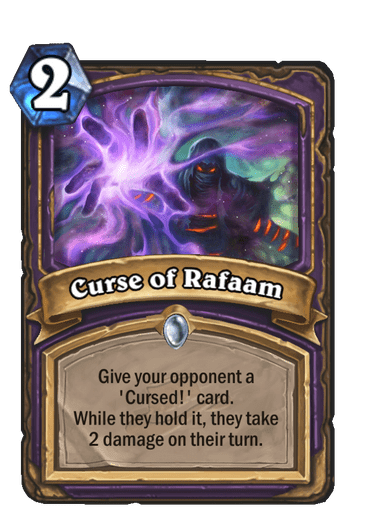 HS Esports: What has been the highlight of 2020 so far?

HS Esports: Other than yourself, who do you think has the best chance to win the 2020 World Championship?

Monsanto: Bloodyface, because he comes from Americas and we all know it's the best region.

HS Esports: Why do you think you are going to win the 2020 World Championship?

HS Esports: What does becoming the World Champion mean for you?

Monsanto: It would mean it's all downhill from here, probably not the best outcome. Money though….

Does Monsanto, with his powerful hat, have what it takes to join the Hall of Champions? Be sure to watch the 2020 World Championship on December 12-13, only on YouTube. We’ll see you in the Tavern!