Tales from the Tavern: Pizza 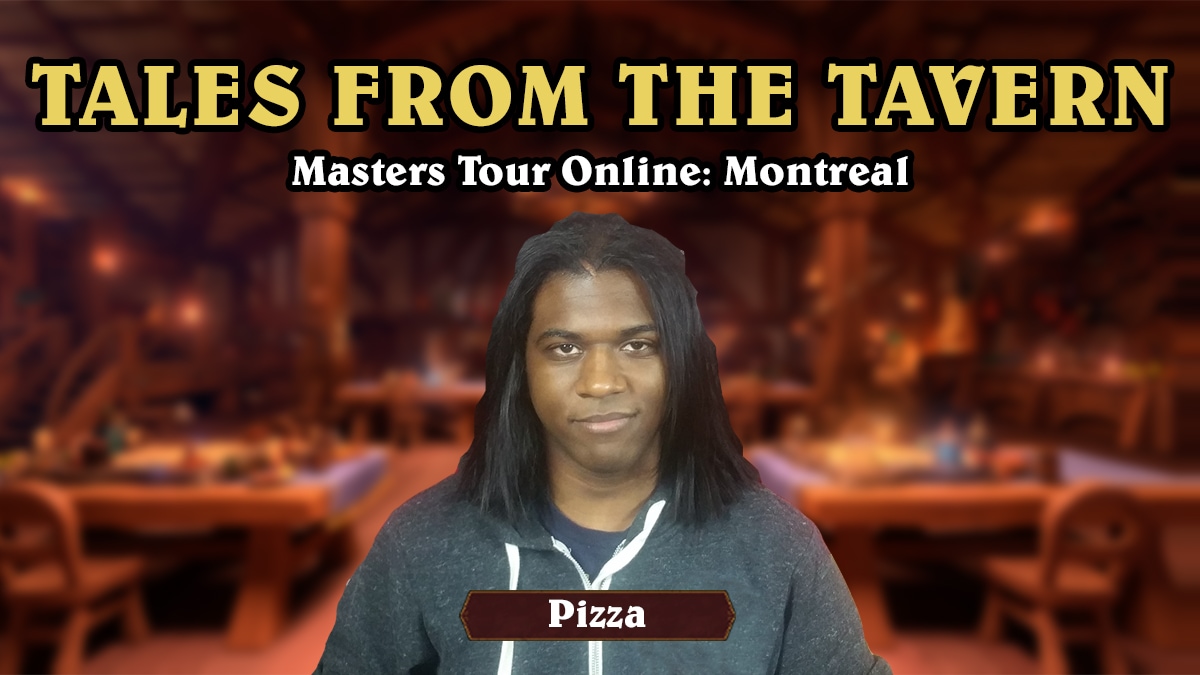 With more than 300 players, Masters Tour events are full of new competitors to follow. For every returning player at each event there is someone new hoping to make a name for themself, and everyone is playing for their shot at joining Hearthstone Grandmasters. There are also players who qualify for their one shot at making a name for themselves. It is this mix of players that makes the Masters Tour so exciting to watch.

Although Grandmasters also participate in the Masters Tour, I’m going to introduce you to regular players who have incredible stories you may not be familiar with, all of which you should keep an eye on. This is the last of four Tales from the Tavern explorations for Masters Tour Online: Montreal, live beginning this Friday only on YouTube.

Andrew “Pizza” Denniser has been playing card games all his life, so it was only natural that he would discover Hearthstone. Players he met while travelling in and around New York were winning ESL events in the Hearthstone beta, so—as a competitive player himself—Pizza decided to take a look.

While making his Battle.net account, he went with his meal for inspiration in choosing his BattleTag—not anticipating, of course, that would be the name he’d be known by as a competitive player!

Pizza really liked that he could play Hearthstone whenever he wanted during college. Taking advantage of this freedom, he eventually qualified for the 2019 Americas HCT Playoffs. While he has recently put more time into streaming, he has never lost his competitive nature. Due to the Masters Tours being held online this year, he has been able to maintain his stream while also qualifying for Masters Tour Online: Montreal.

He manages to combine a very laid-back style on stream, involving friendly chatter, while regularly maintaining top 50 legend. When I asked him how he manages to remain so calm, he said “I think it just comes with time. I've been playing card games so long that when I get high-rolled, it’s like ‘Well that wasn’t nearly as bad as the other hundred times, I guess.’ I think it’s okay to be frustrated with bad beats, but what’s most important is getting back to a point of focus and not letting it affect the next play you make. “

Pizza tends to play aggressive or tempo-based decks. “I really like being the one to try and force the game to its end. Reading your opponent and planning out your turns around what they will do excels in environments like that. Also, who has time for 9-drops?”

With the current metagame featuring many decks that fit this bill, be sure to keep an eye on Pizza’s lineup as he tries to take a big slice of the prize pool at Masters Tour Online: Montreal.

Masters Tour Online: Montreal starts this weekend! The broadcast will be live on September 11 at 6:00 a.m. PDT on YouTube.com/HearthstoneEsports!