Tales from the Tavern: GamerRVG 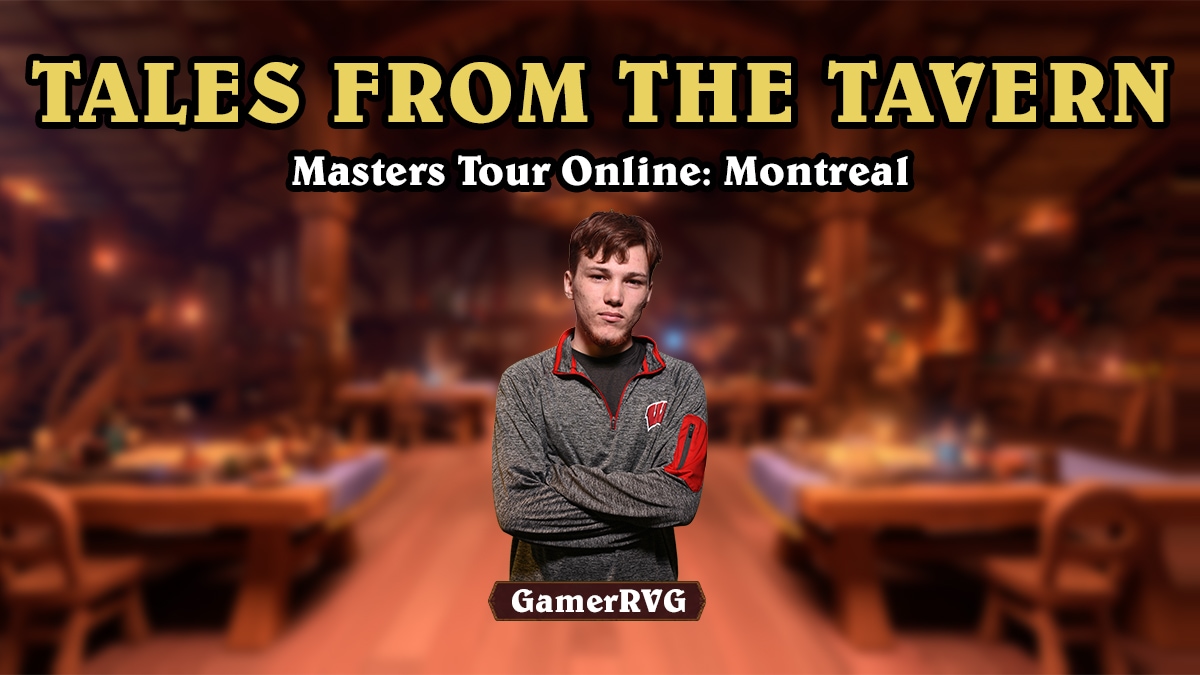 With more than 300 players, Masters Tour events are full of new competitors to follow. For every returning player at each event there is someone new hoping to make a name for themself, and everyone is playing for their shot at joining Hearthstone Grandmasters. There are also players who qualify for their one shot at making a name for themselves. It is this mix of players that makes the Masters Tour so exciting to watch.

Although Grandmasters also participate in the Masters Tour, I’m going to introduce you to regular players who have incredible stories you may not be familiar with, all of which you should keep an eye on. This is the second of four Tales from the Tavern explorations for Masters Tour Online: Montreal, live beginning this Friday only on YouTube.

Montreal will be the seventh Masters Tour for Zack “GamerRVG” Kannss. He began playing Hearthstone in 2014, just before the release of the Curse of Naxxramas expansion. He always enjoyed being competitive when playing on ladder, but the announcement of Hearthstone Masters spurred him on to become a Grandmaster.

GameRVG qualified for Masters Tour: Las Vegas where he finished with an 8-4 record in the Specialist format—this solidified his desire to pursue Hearthstone as a career. The 20 year old dropped out of college to begin streaming and put his full focus into competitive play. Seoul was the second Masters Tour of 2019, and the only one that GamerRVG narrowly failed to qualify for. He has qualified for every event since then, but until Masters Tour Online: Asia-Pacific, he had struggled to adjust to Conquest best-of-five and recorded a string of events without a positive record.

From the outside, this seems like an anomaly. GameRVG is rightly proud of his fantastic record in qualifying events—running at an over 70% win rate in best-of-three Conquest matches, he had one of the highest win rates of all competitors in that format, which bodes well for a future high finish in a big event.

Before Masters Tour Online: Los Angeles he joined the team HypeHorizen, who he will be representing in this tournament alongside his teammates Daniel “Dmoney” Brandman, Kyle “McBanterFace” Spigelman, and Eli “coolkid2001” Farber.

His goal for 2020 was to qualify for all six Masters Tours, and so far, he’s qualified for five. Only Madrid remains.

GamerRVG has previously been in a test group with Hearthstone Grandmaster Luke “NoHandsGamer” Kooken, and they remain in close contact, both for Masters Tour preparation and for some of NoHandsGamer’s Grandmasters testing. Practicing with NoHandsGamer clearly paid off, as GamerRVG beat APAC Grandmaster Tyler at Masters Tour Online: Asia-Pacific.

Hopefully finishing with a positive record in Masters Tour Online: Asia-Pacific, and beating a Grandmaster along the way, will be the start of a long streak of positive tournaments for GamerRVG as he settles into being a regular at Masters Tours.

Masters Tour Online: Montreal starts this weekend! The broadcast will be live on September 11 at 6:00 a.m. PDT on YouTube.com/HearthstoneEsports!