Who Dares Enter the Forbidden Library!?

Deep beneath the campus grounds lies the cobweb-ridden inner sanctum of Scholomance Academy, where Headmaster Kel’Thuzad has sealed away many a leather-bound chronicle and magical “experiment” gone awry. With powerful forces of dark magic in proximity, only brave (foolish?) souls dare meddle in the midst of this Forbidden Library!

The Forbidden Library is a limited-time event with new content unlocking weekly! 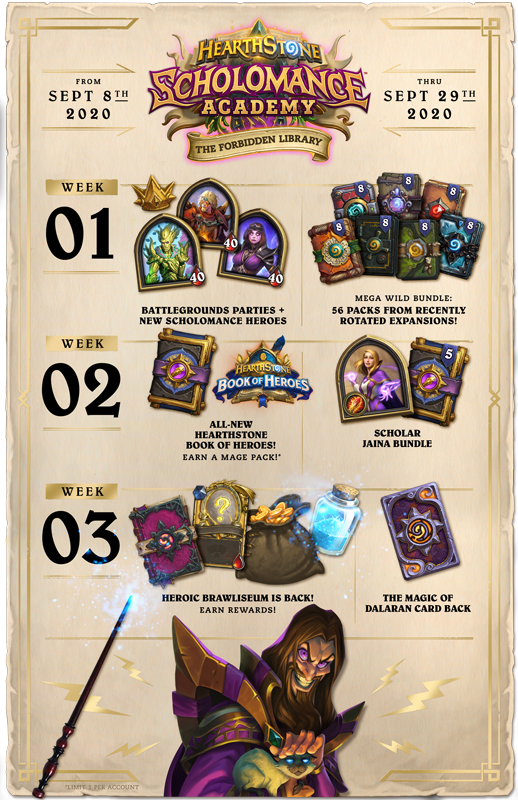 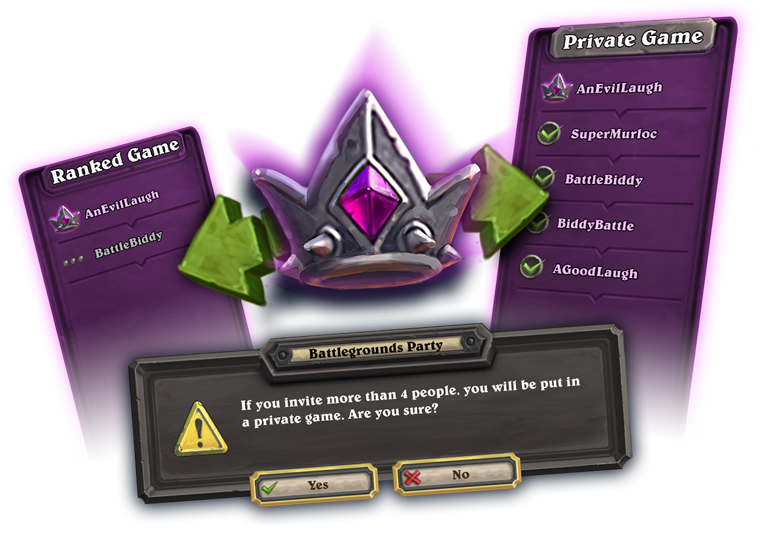 We’ll also be mixing things up with the introduction of Lord Barov, Jandice Barov, and Forest Warden Omu to the Hero Pool, and adding Micro Mummy as a Tier 1 minion! Read the patch notes for details.

After some light dusting, crack open the first installment of Hearthstone Book of Heroes to follow Jaina Proudmoore’s journey from scholar to mighty Mage! Hearthstone Book of Heroes will bring fresh and free single player content over the course of the next 12 months, until the stories for all 10 core Heroes have been told. Defeating all 8 bosses in this linear adventure will reward 1 Mage Pack, containing only Mage cards from Standard! 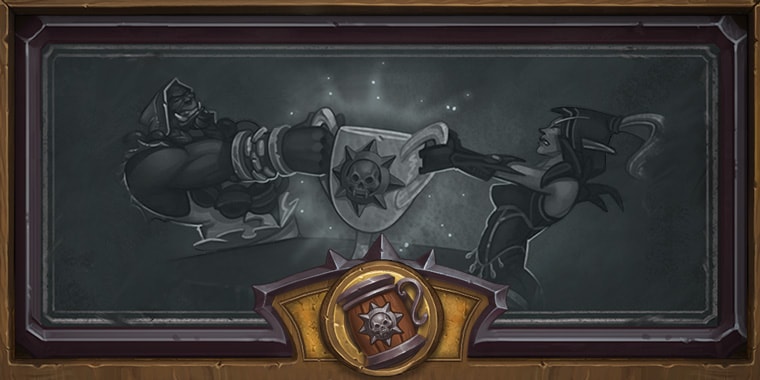 You’ve done the homework, but are you ready to put your Scholomance lessons to the test? For 1000 Gold or $9.99, you can enter a competitive Tavern Brawl using cards from your own collection with big rewards! Based on how successful your run is, you could win Dust, Gold, Card Packs, and even Golden Legendary cards! Brawl until you’ve lost 3 or won 12!