Grandmasters 2020 Season 1 Champions Are Heading to the World Championship! 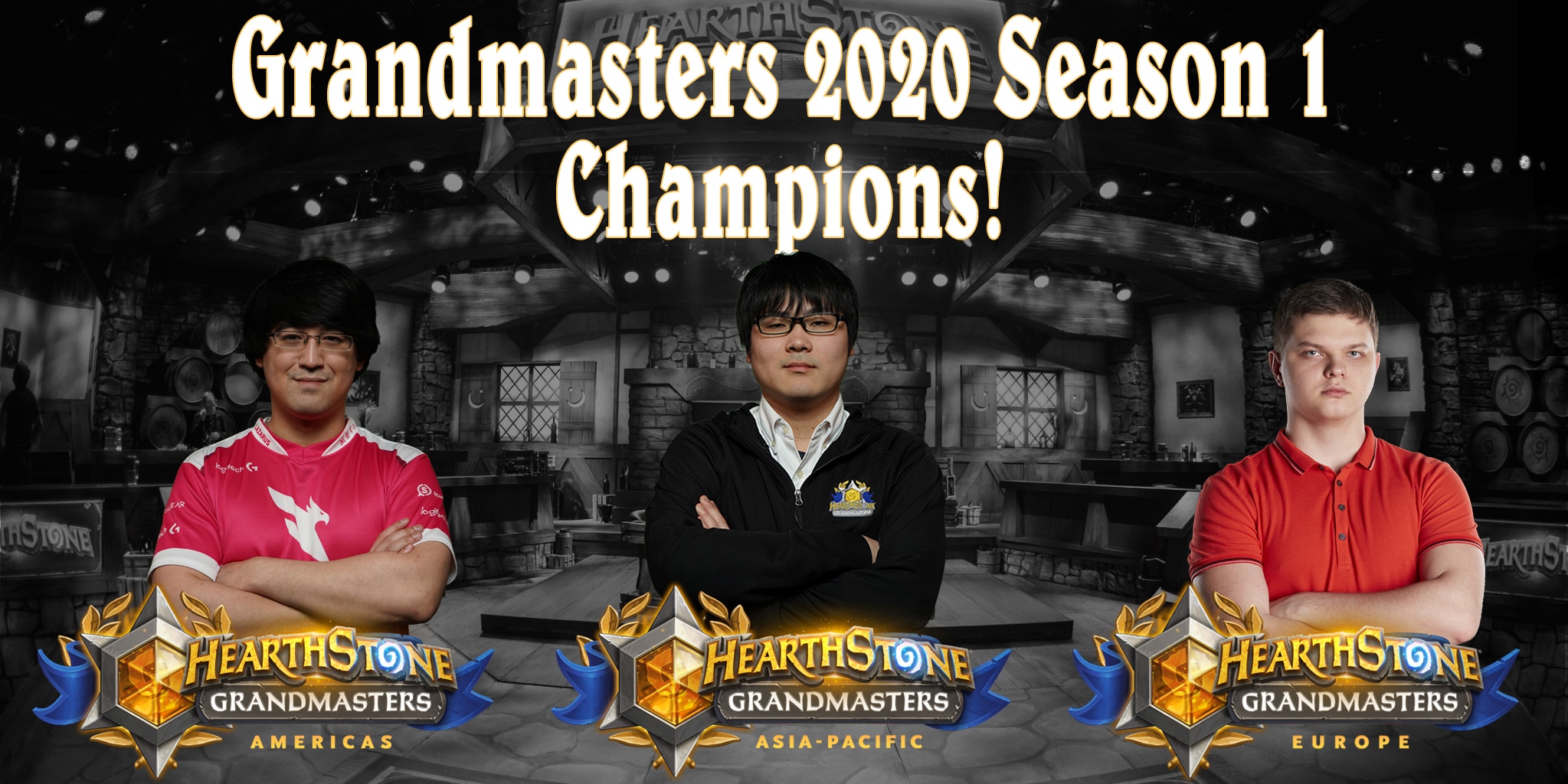 Grandmasters 2020 Season 1 has come to an epic end, and three players are heading to the Hearthstone World Championship later this year!

In Americas, Brian “bloodyface” Eason went into Playoffs at the top of the standings, receiving only one loss in Season 1. After beating David “justsaiyan” Shan, bloodyface took on new Grandmaster Guillermo “Empanizado” Tolosa in the Semifinals. Facing Eddie “Eddie” Lui in the Final, bloodyface came out victorious 3-1 and gained another chance at joining the Hall of Champions after falling to Li “Liooon” Xiaomeng during the 2019 Global Finals.

In Asia-Pacific, Sato “glory” Kenta fought his way through the playoffs defeating Dasol “Ryvius” Sim and Yashina “Alutemu” Nozomi to secure his spot in the final match. He squared off against Kim “Surrender” Jung-soo, besting him 3-2 in the Season 1 Playoffs.

In Europe, despite an initial loss to Joffrey “Swidz” Cunat, Vladislav “SilverName” Sinotv fought his way to securing his spot at this year’s World Championships. Following a win against Dima “Rdu” Radu, Silvername turned the tables and beat Swidz to earn his spot in the Semifinals. After a swift victory over George “BoarControl” Webb, SilverName defeated “Raphael “Bunnyhoppor” Peltzer 3-0 to take the Season 1 championship.

Congratulations to bloodyface, glory, and SilverName! Masters Tour Online: Jönköping is up next, taking place this weekend June 12 – 14 only on YouTube.com/HearthstoneEsports. We’ll see you in the Tavern!