Zakarya “xBlyzes” Hail is the champion of Masters Tour Arlington! In the second all-French finals match at a Masters Tour, xBlyzes triumphed over Romaric “AyRoK” Dubois 3-1 to take home $32,500 and the championship trophy. 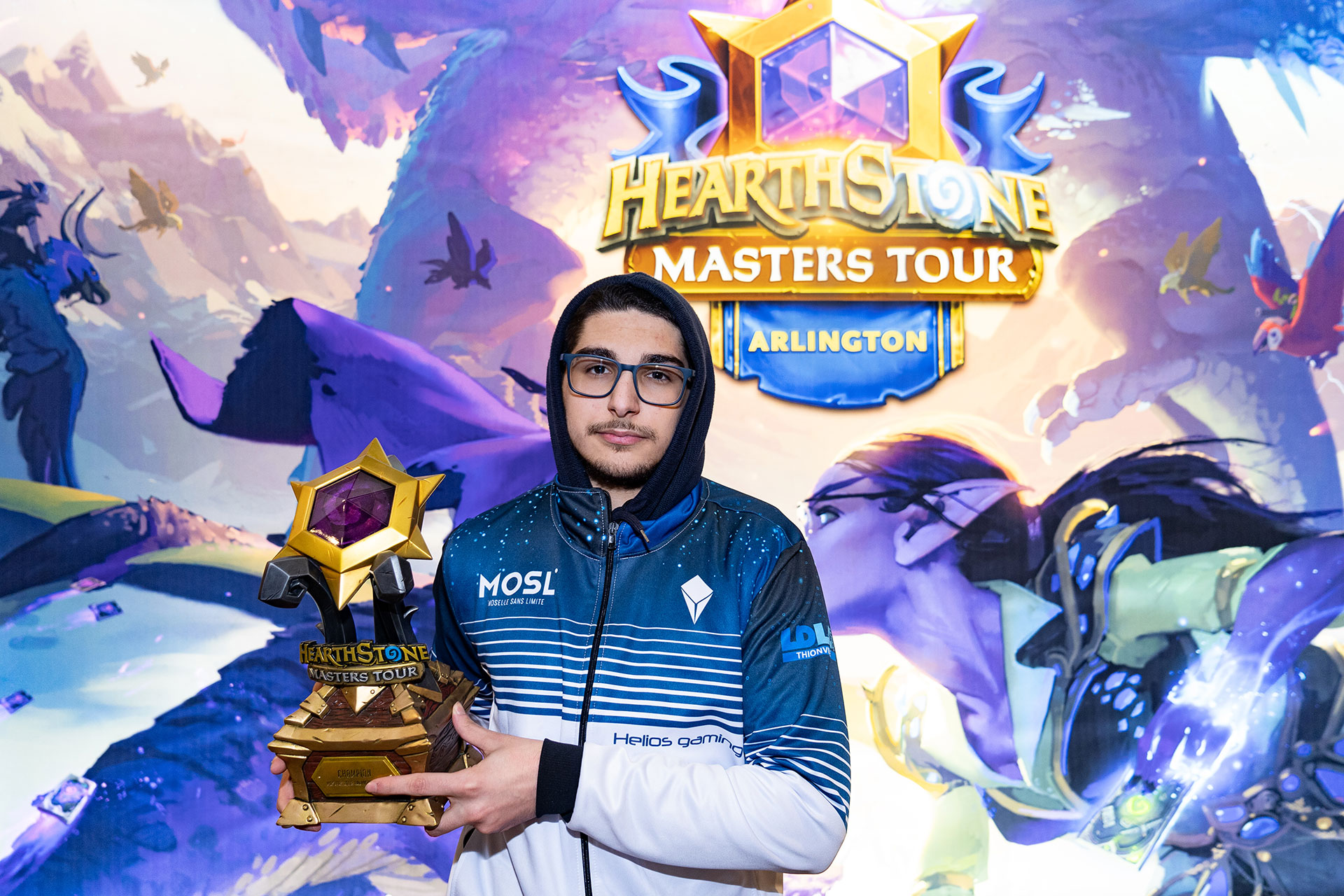 The finalists entered the championship evenly matched, bringing similar decks to Arlington and each banning the other’s Rogue. While they initially traded off games, xBlyzes displayed a masterful use of Galakrond Warlock as he bested AyRoK’s Highlander Mage in the fourth game. 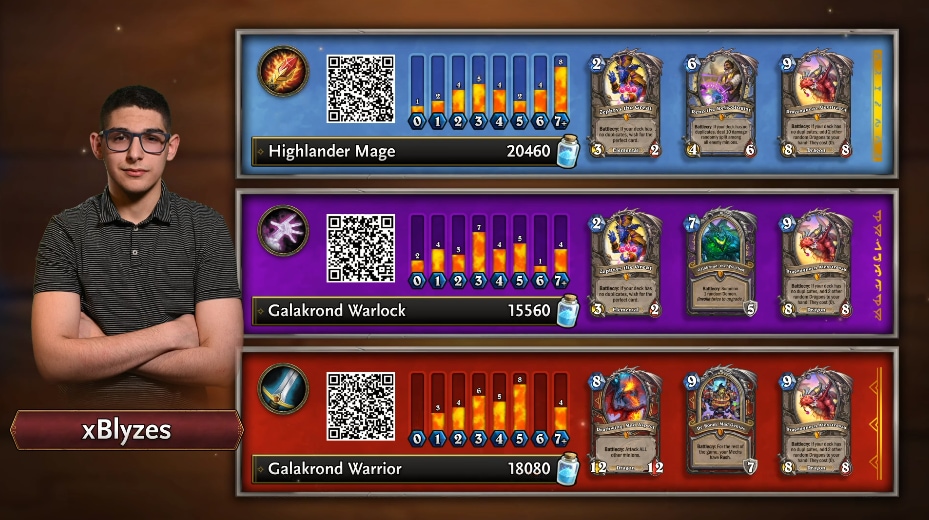 After placing 156th in Las Vegas, 182nd in Seoul, and 32nd in Bucharest, xBlyzes sought to do better in 2020. “Last year wasn’t really great, so wanted at least make the Top 8.” He knew the best way to achieve his goal was to practice closely with his fellow French competitors: “I believed I could achieve a good place by trusting my friends and teammates. They are all great and I had to be at their level.” 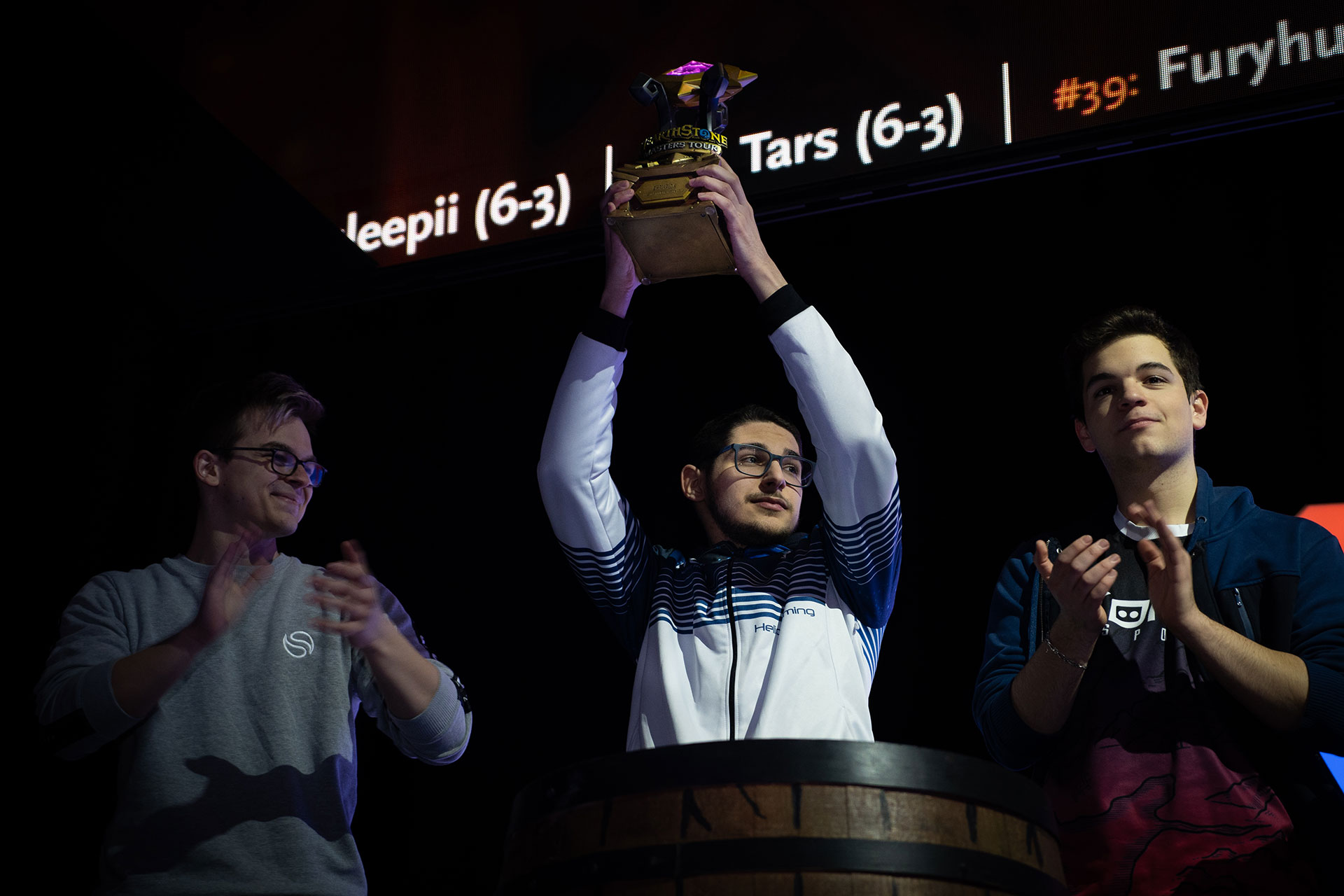 One such friend was Masters Tour Seoul champion, and Arlington semifinalist, Théo “Felkeine“ Dumont. “It was my goal to win again,” said Felkeine, “but once there were four French players in the Top 8 I just wanted one of us to be the winner. I am happier that xBlyzes won than if I had: he deserves this, and he will hopefully join me in becoming a Grandmaster.”

xBlyzes not only heads back to France as the first Masters Tour champion of 2020, but as the current lead in the climb to be promoted to European Grandmasters.

Masters Tour Indonesia is next, March 19 - 22, followed by Grandmasters 2020 Season 1 in April! Catch all of the incredible Hearthstone action, and to see if xBlyzes can stay atop the field in the journey to become a Grandmaster, on youtube.com/PlayHearthstone.