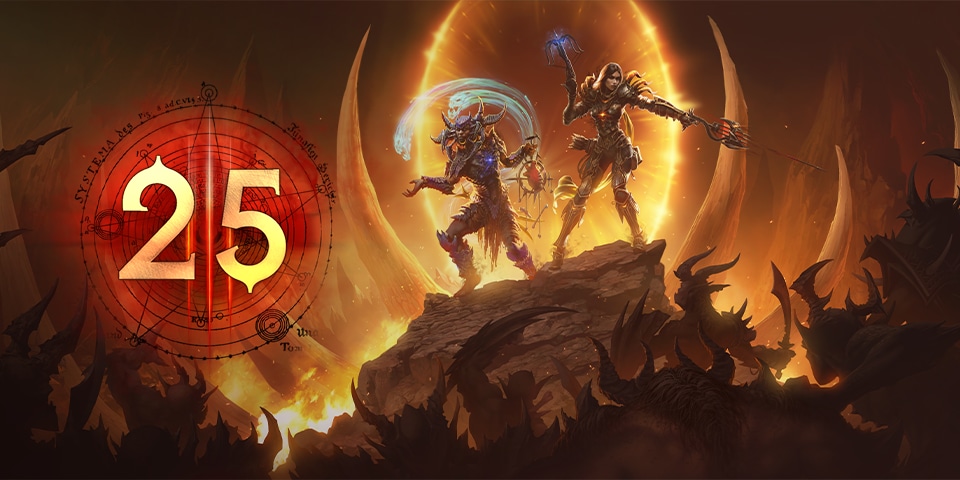 Update on 12/3: Content in red represents changes recently made from PTR 2.7.2.

Season 25 will begin on December 10, at 5PM (PST/CST/KST) shortly after our next Diablo III update. Read on to learn more about the season theme and balance changes coming in Patch 2.7.2. We are expecting this update to be released on December 7. 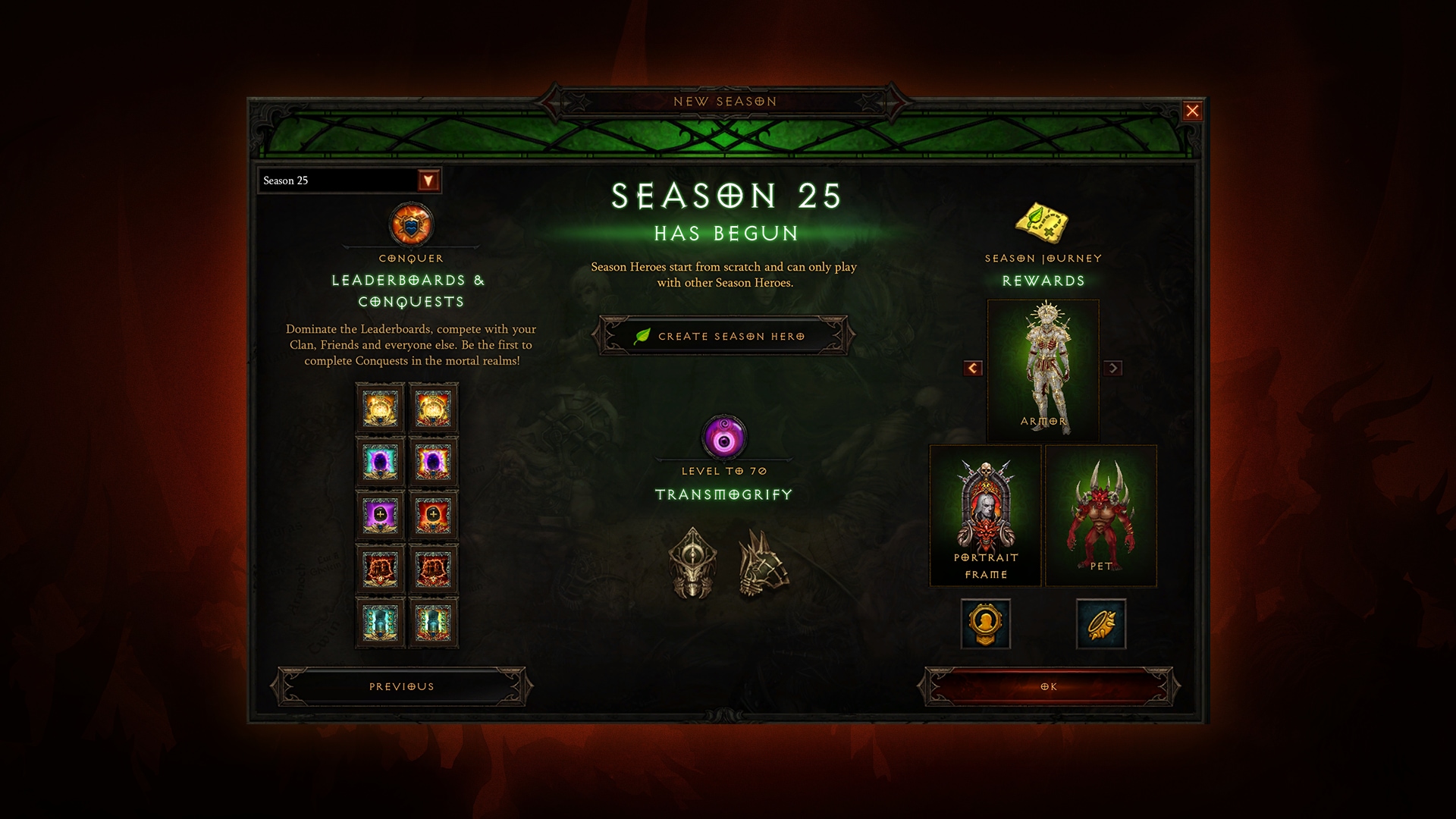 Though the Black Soulstone has been destroyed, lingering fragments of The Lords of Hell once contained therein still persist in Sanctuary. These Soul Shards hold immense power—power that once belonged to the Prime and Lesser Evils. Cunning Nephalem who find and wield these Soul Stones must exercise caution. Power can be alluring, and the road to the Burning Hells is paved with good intentions...

With the upcoming 25th Anniversary of the Diablo Franchise, we wanted players to delve into the darker side of the Nephalem's past. In Season 25, players can embrace evil by infusing themselves with the essences of The Lords of Hell. Players will embark on their Season Journey to discover and upgrade demonic Soul Shards based on the seven Lords of Hell. By embodying a Prime and Lesser Evil, players will inflict new forms of pain and suffering on the demons of Sanctuary. We can't wait for players to get their hands on Soul Shards to start unlocking their true power. 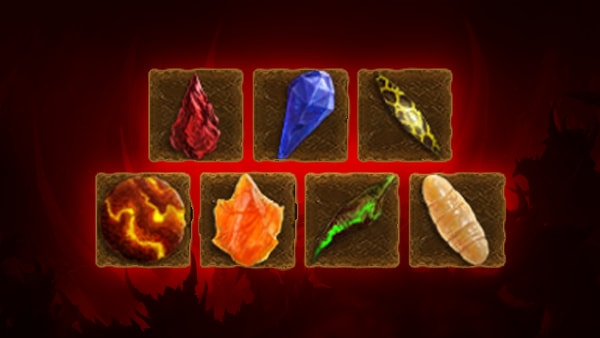 Beginning with Season 17, we began reintroducing previous rewards to make them available to players who may have missed them the first time around. For Season 25, this means awards originally available from Season 13 are returning. In addition to the Helm and Shoulders slots of the exclusive Conqueror Set, portraits themed around Imperius will be available. Those who enjoy collecting pets will also be pleased to see the return of—Blaine’s Bear! While traveling together, you may be tempted to ask him why he’s covered in blood, or try removing the sharp objects he carries around. We strongly advise against this. 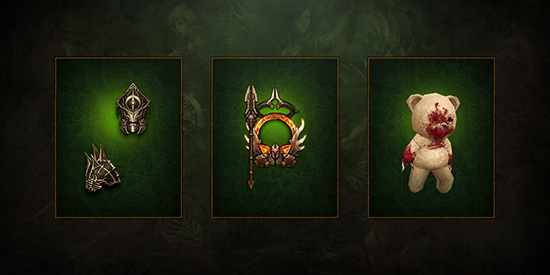 However, we know it’s nice to have something new to aim for if you’ve participated in previous Seasons. We’re continuing to provide new End of Journey rewards as introduced in Season 17, with two new cosmetic ones for those who complete the entirety of the Season journey. Survive The Lords of Hell and complete the Season 25 Guardian Journey to earn the Pane of Tristram Portrait and The Dark Lordling Pet. 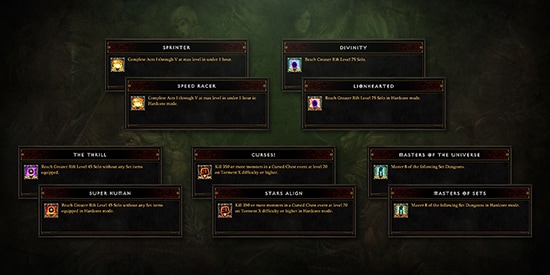 Here are the sets granted by Haedrig’s Gift in Season 25:

Below you will find the patch notes for the upcoming update for Diablo III, Patch 2.7.2