Diablo Immortal: Cut Down Demons with a Controller

On June 2, the Demons of the Burning Hells invaded Sanctuary at the command of Skarn, Lord of Damnation. Seeking fragments of the Shattered Worldstone, Skarn’s minions will go to any length to achieve their sinister plot, unleashing unspeakable terror on Sanctuary if they are successful. Hope is not lost. Sanctuary has many allies—brave, courageous heroes who are determined to put an end to Skarn’s offensive no matter the cost. This is your destiny, adventurer.

Whether you have already begun your quest on iOS, Android, or on Windows PC in Open Beta or are waiting for an opportune moment to wage your offensive against the demonic invaders besieging Sanctuary, we want to equip you with the best demon-vanquishing tool: knowledge. Have your analog sticks at the ready, we’re going to take a look at using controllers to play Diablo Immortal. 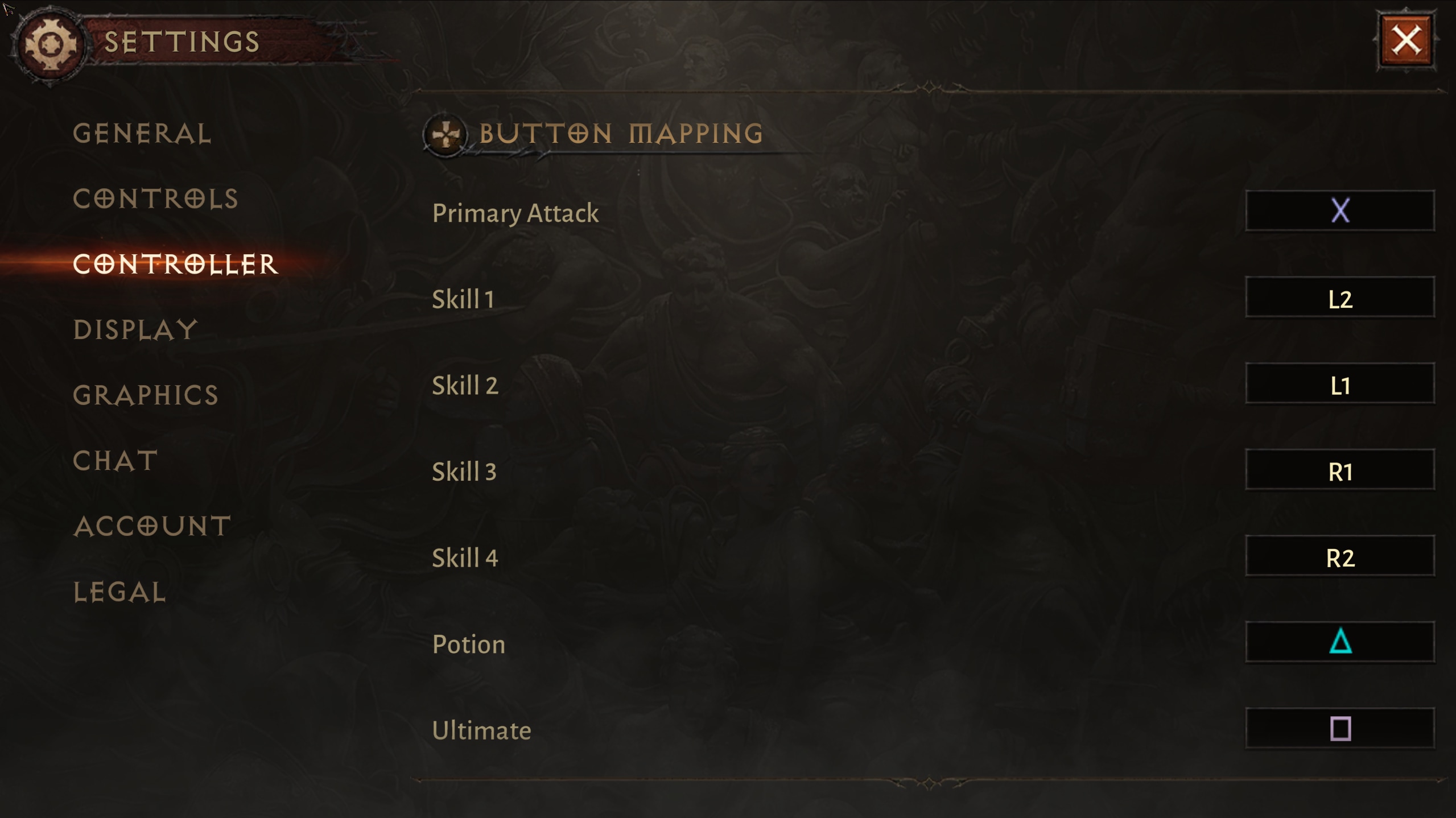 Early in Diablo Immortal’s development, we knew we wanted to create a Diablo game that provided players with a variety of ways to carve through ranks of demons. With Diablo III’s release on console, a first for the Diablo franchise, players expressed enjoyment over the ability to slay demons, acquire powerful loot, and play with their friends, all while using a controller. We understand that, for many players, using a controller provides the most comfortable experience, especially during long nights of saving Sanctuary. So, we knew this was an option we had to provide in Diablo Immortal, as ultimately, we want your experience playing the game to be nothing short of action-packed, thrilling, and comfortable too. Additionally, allowing players to decimate demons with a controller provides us with the ability to offer additional accessibility features, helping us make a Diablo game that everyone can play.

We want to offer you, Sanctuary’s defenders, a variety of ways to cleave through the Burning Hell’s legions. And ease of access when doing so. It should be known that the experience of playing Immortal on a controller is intended to feel the same on mobile and PC—making it all the easier to take full advantage of Immortal’s cross-play and cross-progression features. Immortal also sports additional features that speak directly to creating a seamless experience whether you’re playing solely with a controller or swapping between a controller and other input options.

While playing Immortal, you may find yourself swapping back and forth between playing on a mobile device and PC. You may even find yourself wanting to try your hand at repelling Skarn’s forces with a mixture of touch or mouse and keyboard controls, depending on your device. Immortal has automatic detection for whichever of our available input methods you’d like to use. That means, as soon as you connect a controller to your mobile device or PC, Immortal will sense this and automatically adjust for this input. There are no settings for you to tinker with, no pause in your gameplay—the change is automatically made for you, getting you back in the fight immediately.

Immortal is host to many climatic fights, some of which require nimble reflexes to outpace your opponent’s strategy. Most controls in Immortal are remappable, allowing you to customize your gameplay experience to best suit your needs.

PLEASE NOTE: Diablo Immortal launched for Windows PC in Open Beta. During the PC Open Beta, we will collect feedback and adjust accordingly to improve the playing experience with a controller. 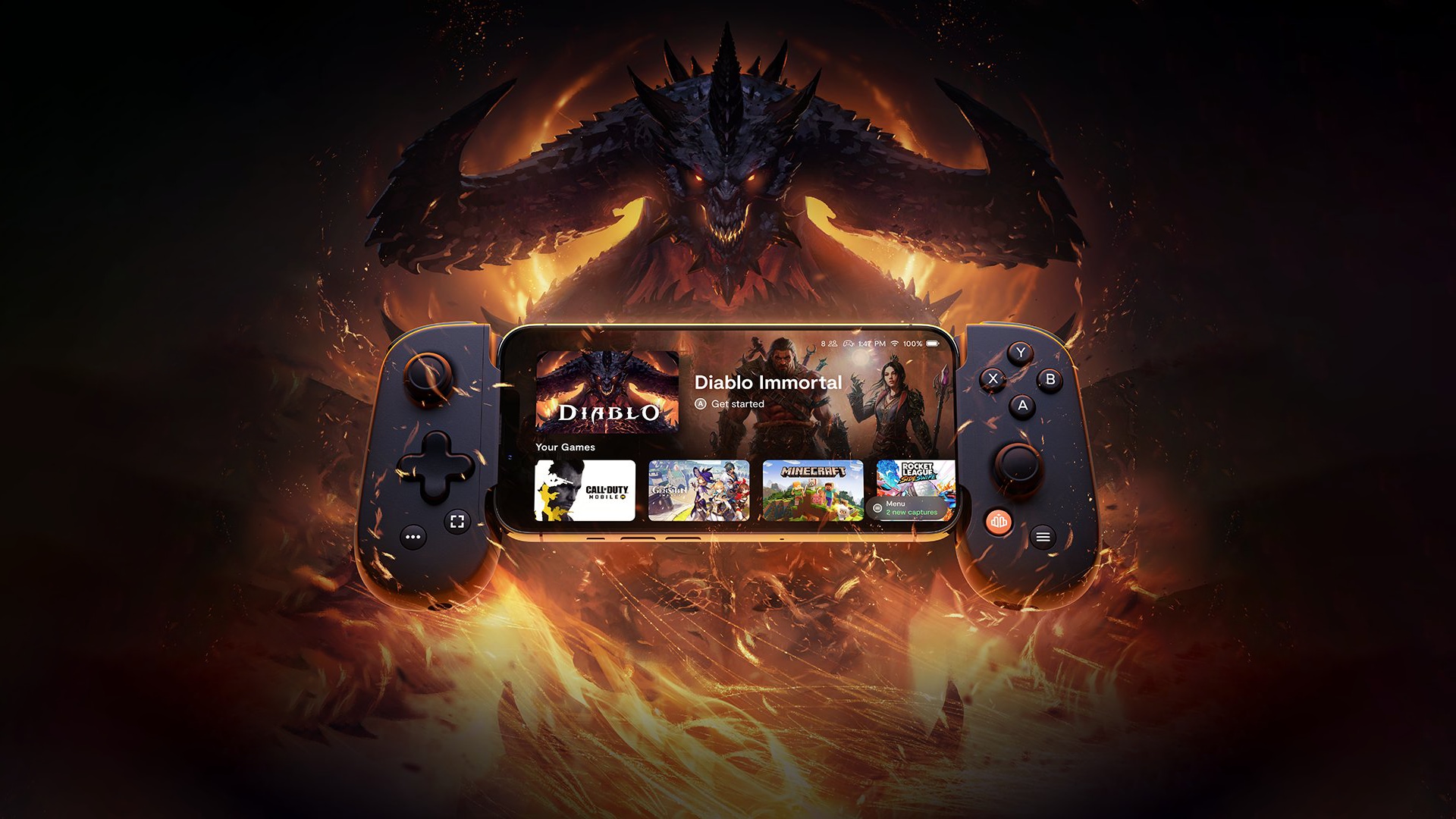 Which controllers can be used to play Diablo Immortal?

To allow as many players as possible to storm into Diablo Immortal armed with a controller, we’ve made a plethora of devices compatible across iOS, Android, and Windows PC. For a complete listing of which devices may be used on each platform, see the listing below.

We understand that slaying demons on a mobile device for hours can tire down even the hardiest adventurers. This is precisely why Diablo Immortal was made with controller support—to provide additional comfort while playing. Look no further than the Backbone One controller for iPhone, the official controller partner of Diablo Immortal—it’s lightweight, collapsible, and perfect for vanquishing demons even in tight spaces. It also features a button to record your most memorable gameplay moments, such as when you want to show off your adventurer’s build in action! For a closer look at how the Backbone One controller transforms your phone into a gaming console, head over to their website.