Commemorate 30 Years of Blizzard® Gaming With the Celebration Collection 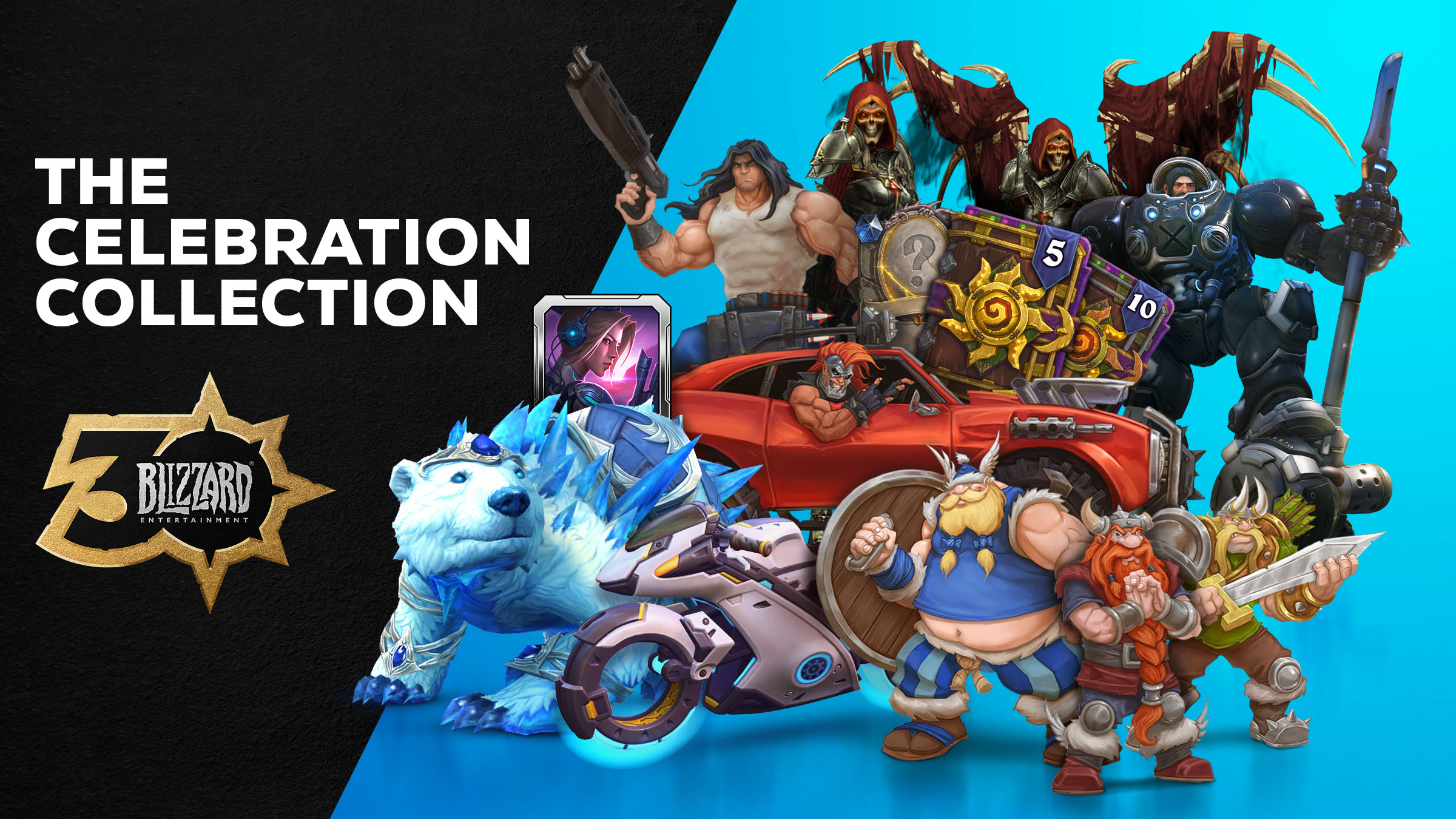 Plus, adopt the guise of the Dark Wanderer in Diablo III with newly revealed in-game items. Learn more below!

This February, Blizzard® is celebrating our 30th year of creating worlds, exploring new universes, and sharing countless epic gaming experiences together. We’re looking forward to marking the occasion with everyone later this month at BlizzConline™—and if you’d like to summon forth some anniversary spirit in your favorite Blizzard games, you can pick up one of three Celebration Collection bundles filled with in-game goodies and extras, available starting today in the Blizzard Shop.

Console players can get in on the fun with the Blizzard 30-Year Celebration Collection, available now in digital console shops. This bundle includes the in-game items below for Diablo III and Overwatch, along with the Blizzard Arcade Collection for Nintendo Switch™, PlayStation®4, or Xbox One (the collection also plays great on PlayStation®5 and Xbox Series X|S via backwards compatibility).

The Celebration Collection: Essentials Pack lets you get in on the fun with:

The Heroic Pack contains everything in the Essentials Pack, plus these universe-spanning extras:

For those who want to go for the gold, the Epic Pack is a great way to stay in the game and round out your existing collections, and comes with everything in the Heroic Pack plus:

In addition, when you purchase one of the three Celebration Collection packs, you will also receive a code you can use for one-time discount of 15% on an order of items from the Blizzard Gear Store. This code will be sent to the email address associated with your Blizzard account after your Celebration Collection purchase, starting the week of February 8. Some restrictions apply; for more details, read the Support article. New items debuting for BlizzConline will be coming to the store closer to the show, so be sure to keep an eye out.

Take a closer look at the anniversary-flavored assortment of items for each game below, and head to the Blizzard Shop to add them to your collection!

In celebration of Blizzard’s 30th anniversary, we’ve recharged three console classics—with all the history, hard work, and love that went into making them—and added a few extras. Relive the legacy of The Lost Vikings®, Rock N Roll Racing®, and Blackthorne®, all faithfully reproduced on modern platforms, in the Blizzard Arcade Collection! Learn more in our announcement.

Adventure through the Warcraft cosmos with the Moon-Touched Netherwhelp pet, with scales said to reflect the night sky of another world—perhaps one of the many you’ve explored on your own far-reaching journey. Thunder across the tundras of Azeroth and the fields of Bastion astride Snowstorm, a mighty frost-shrouded mount bearing the sigil of an epic anniversary. This Blizzard-born bear leaves behind snow drifts from time to time, so don’t be too surprised if a snowball fight breaks out in the middle of Maldraxxus. Plus, make sure the adventure doesn’t come to an unexpected end with 30 days of game time, which includes access to both World of Warcraft and World of Warcraft Classic.

(Mount and pet not available in World of Warcraft Classic.)

Charge into battle with the mighty Raynhardt as your shield! This legendary skin for Reinhardt brings some of StarCraft spirit into your next match as Overwatch’s hammer-wielding tank hero. You can also celebrate three decades of Blizzard fun in future Earth with a special player icon and spray commemorating the 30th anniversary.

For console players, these in-game items are also available in the Blizzard 30-Year Celebration Collection for Nintendo Switch, PlayStation 4, and Xbox One.

Zip across the battleground and chase down the enemy team astride the OSV-03 Rogue mount, exclusively for Tracer. This sleek cycle, which you might recall from the Storm Rising story in the Overwatch Archives, blinks into the Nexus with three color variants: the original look, Sunset, and Magnate. Heroes of the Storm players who don’t already have Tracer will also receive the time-jumping Hero with their Celebration Collection purchase—cuz what good’s a ride without a rider?

In celebration of the 30th anniversary, represent a cosmic range of eras and universes in your next StarCraft II or StarCraft: Remastered match with a set of portraits featuring Blizzard legends, including Diablo, Nova, Qhira, the Lost Vikings, Blackthorne, Rock ‘N’ Roll Racing, and Thrall.

An ancient darkness is rising, and Diablo’s Dark Wanderer again seeks the east. Adopt the guise of Tristram’s fallen warrior in Diablo III with a terrifyingly familiar portrait and transmog set (helm, shoulders, chest, hands, legs, and feet), and travel to your grim destination with the Dark Murglrr pet at your side. At journey’s end, bear the mark of your doomed struggle upon your back with a pair of Terror Unleashed wings.