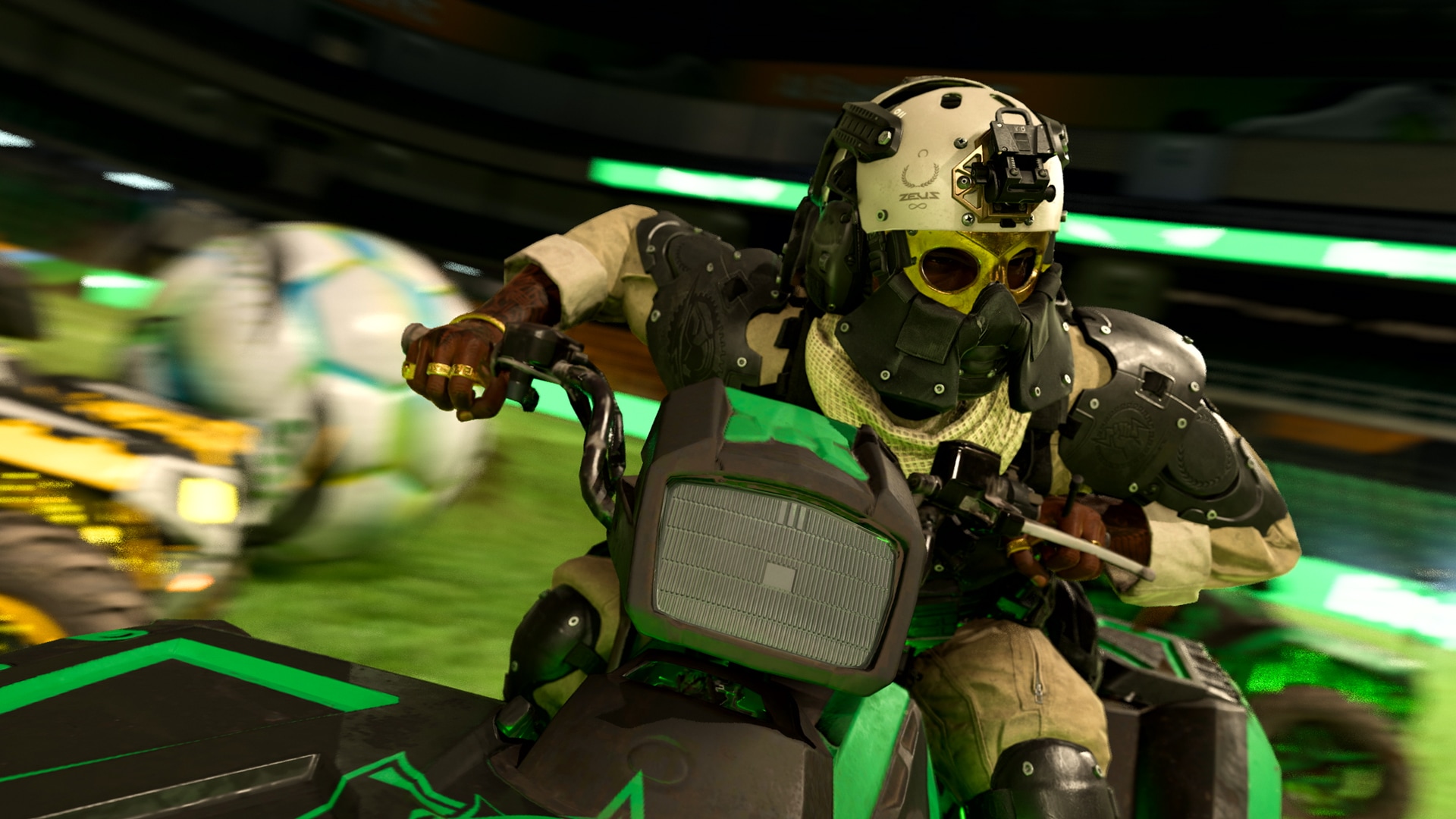 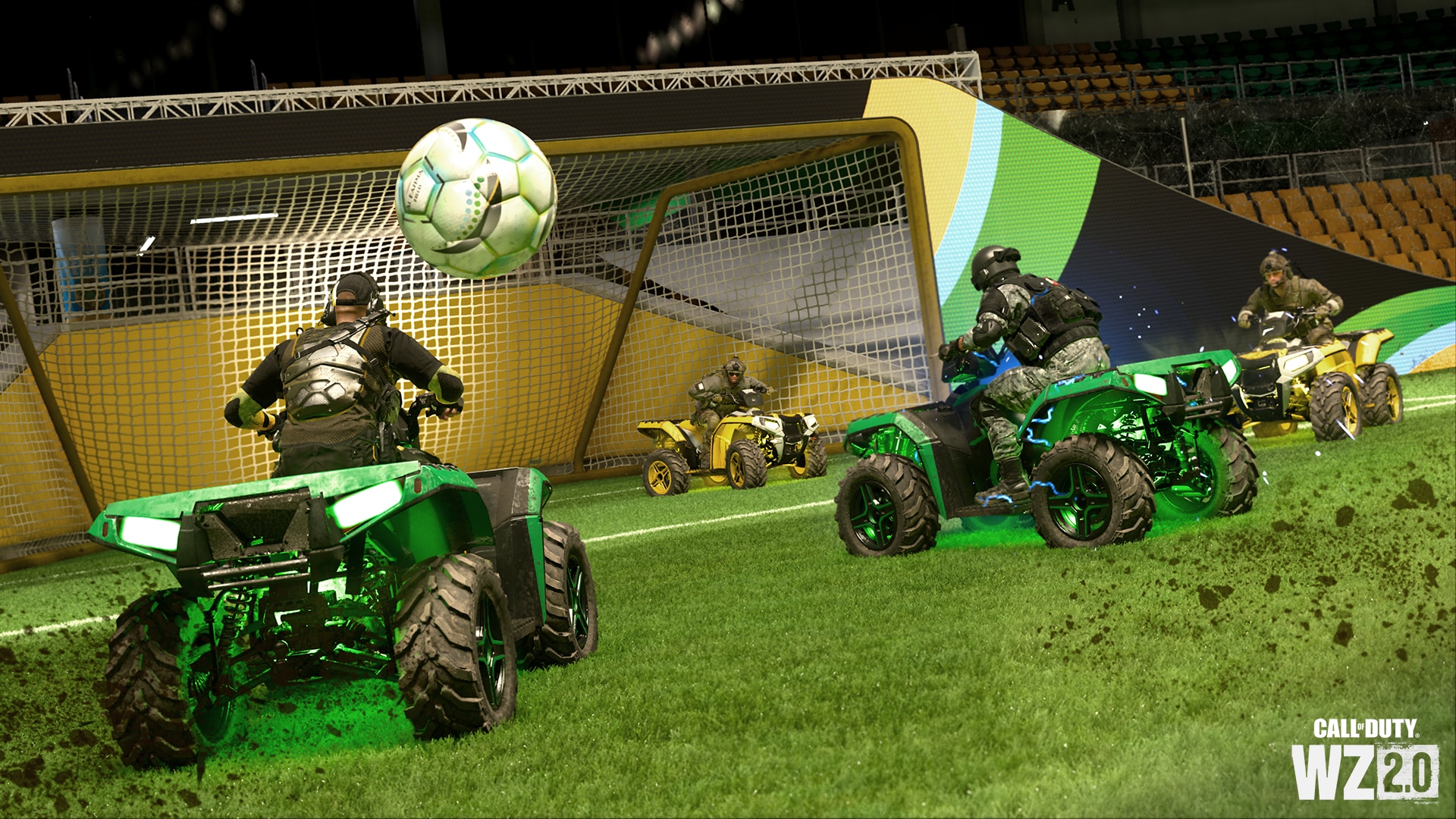 Free for all players, this limited-time mode is a complete change of pace from traditional Call of Duty® modes, as it brings Operators together onto a virtual pitch for some sporting fun. Those who are skilled in vehicular combat will be more than prepared when this mode kicks off, so long as they have a few reliable teammates to help them reach those #SquadGoals.

Read on to learn what you need to know about the WarzoneTM Cup. 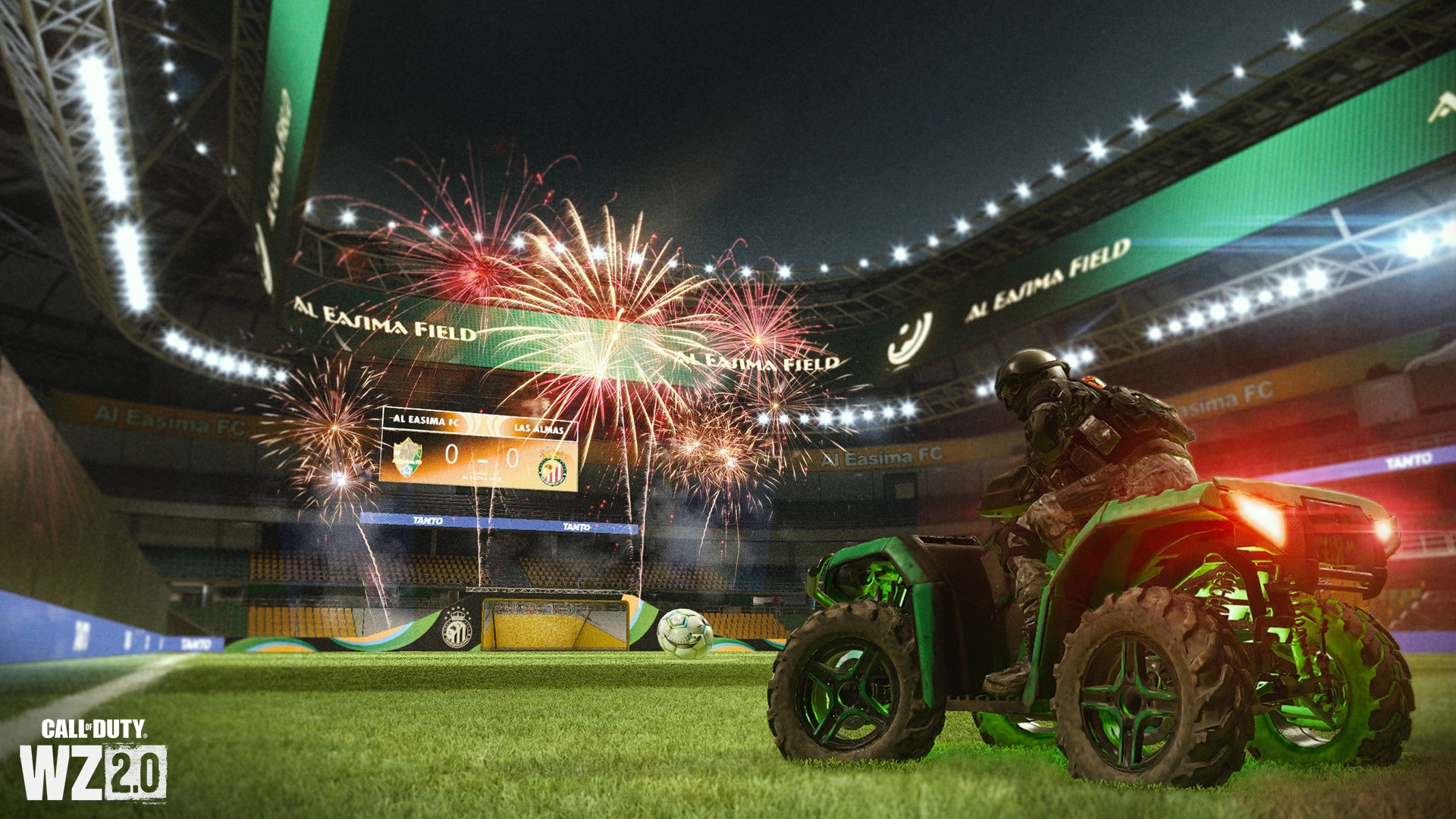 Warzone Cup pits two teams of three Operators against each other at Al Easima Field, a modern sports stadium within the greater Call of Duty®: Modern Warfare® II universe.

Each Operator will drive an ATV as they attempt to knock a massive soccer ball (football) into the other team’s goal within an eight-minute time limit. After each goal, the ball and all Operators are reset to their starting positions to resume play. The first team to reach five goals, or the team that gets the most goals within eight minutes, wins the match. 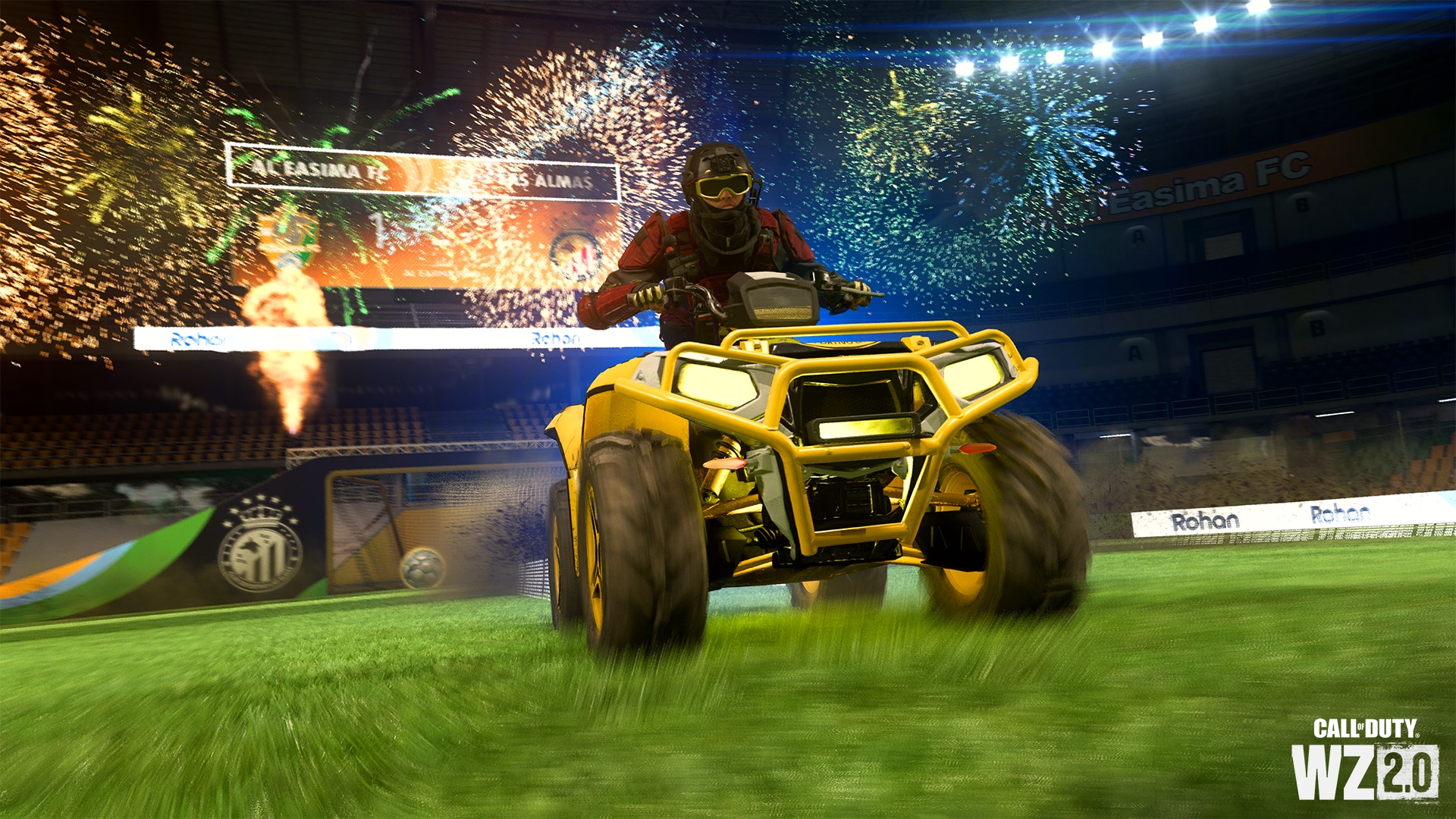 Unlike other Call of Duty modes, there are no Loadouts or traditional weaponry in this mode. Instead, each ATV is equipped with a pulse ability that sends a powerful burst of energy toward the ball or other ATVs. Combined with simply ramming objects with the ATV, this energy pulse can help redirect the ball toward fellow squadmates or away from your goal.

Operators also have one of two ways to disrupt their opponents:

Winning a game of Warzone Cup not only requires aggressively taking out the enemy team, but also coordinating with squadmates to score goals and prevent the enemy team from gaining possession of the ball. These strategies may involve taking tactics from more traditional versions of this classic game or combining “violence and timing” to render the enemy defenses immobile and out of competition before racking up those #SquadGoals.

While the Warzone Cup Playlist includes a squad fill option, we highly recommend bringing your own Trio to this mode to maximize communication and coordination. 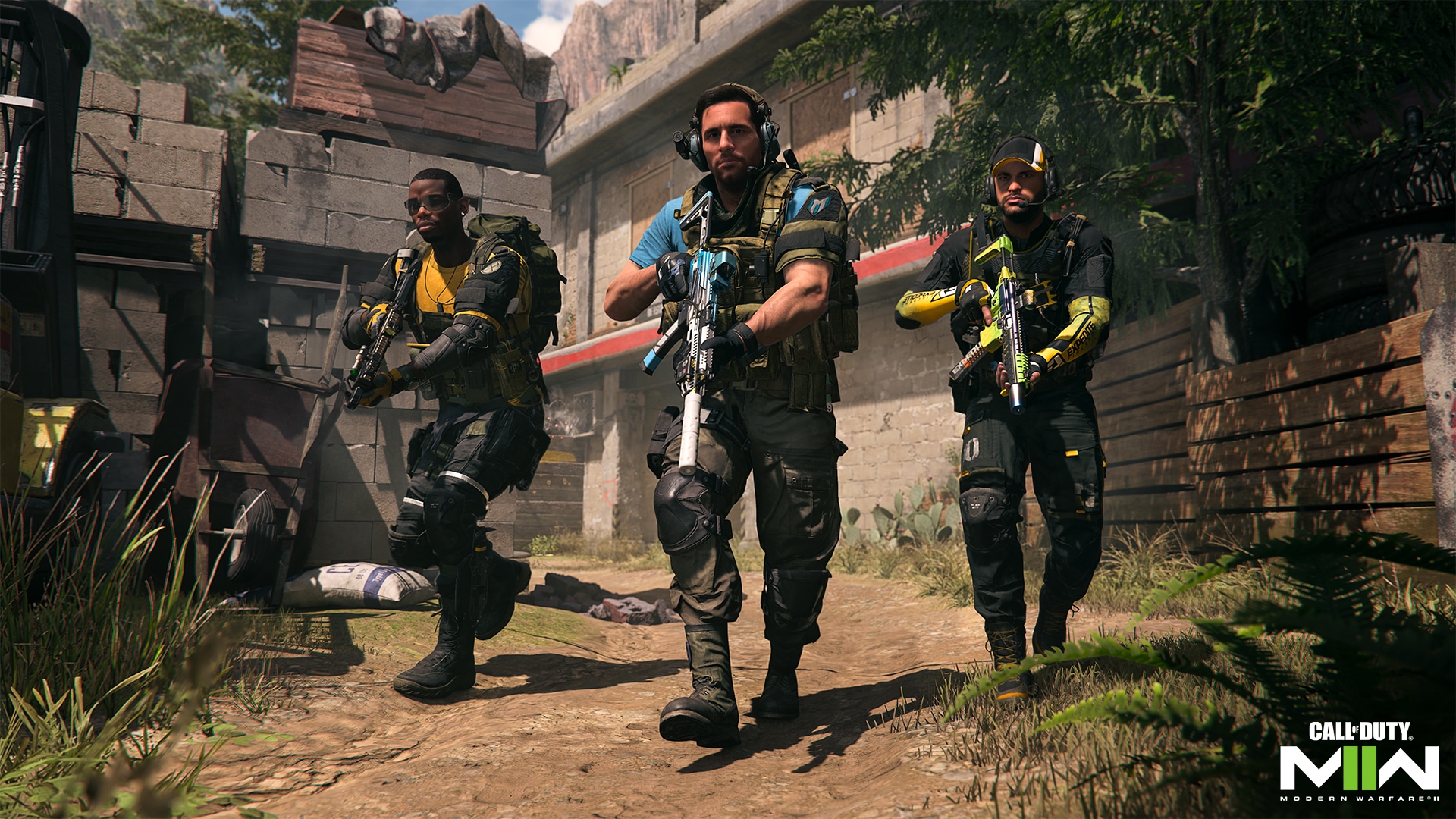 What better way to score in the Warzone Cup than with an Operator known for sending accurate shots on target?

Finally, the Tracer Pack: Messi Operator Bundle gives you the legendary Leo Messi as an Operator, along with the sleek “Atomic Flea” Weapon Blueprint and the all-around solid “Blue Thunder” Weapon Blueprint.

All of these Bundles come with additional cosmetic items, such as Weapon Charms and Vehicle Skins, for a complete package worthy of athletes who can dominate the Warzone Cup.

Get one of these Bundles — or get the full hat trick — before diving into the Warzone Cup mode, which will be launched within Season 01 Reloaded.