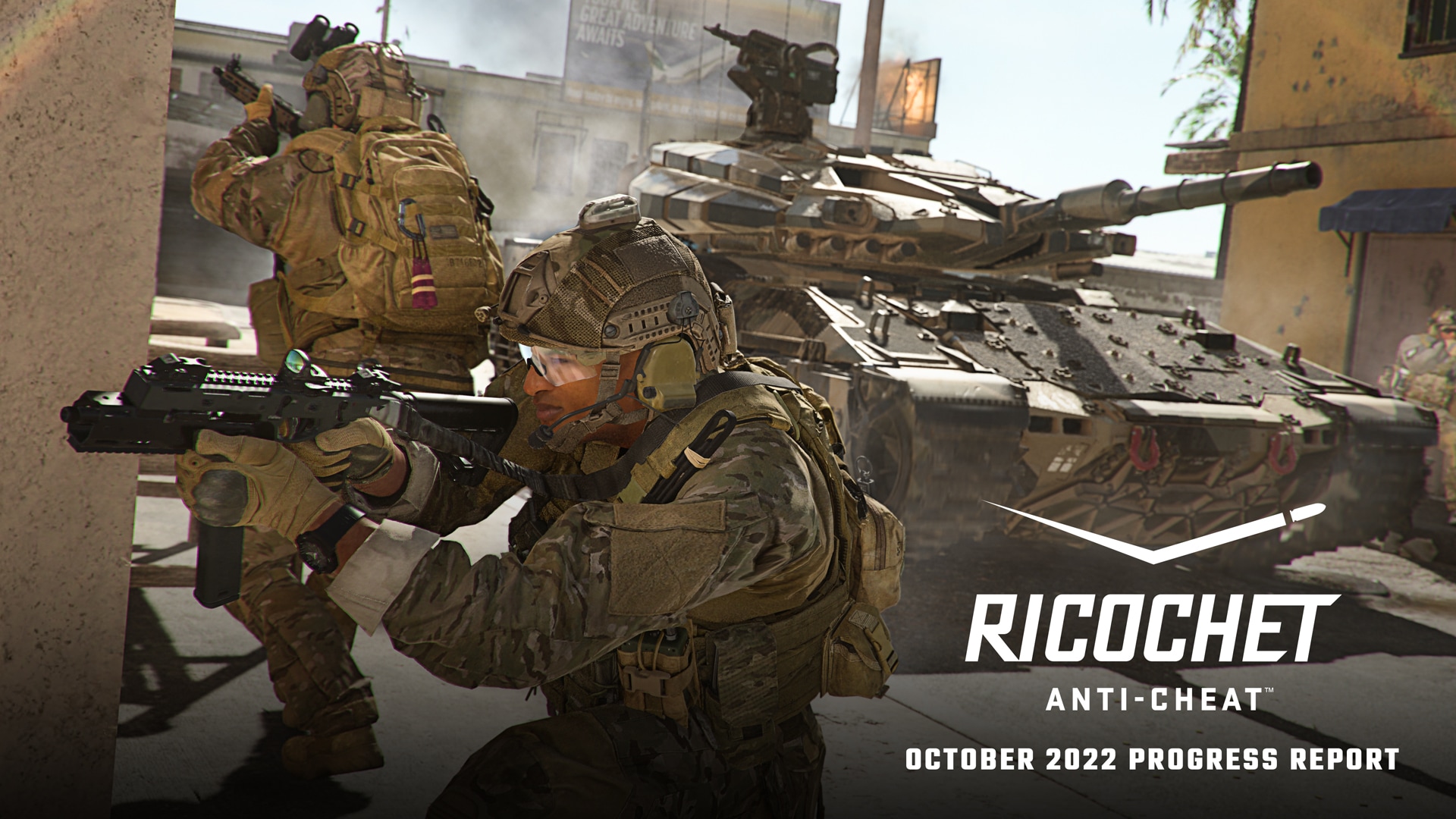 With the Call of Duty®: Modern Warfare™ II Open Beta in our rearview mirror, #TeamRICOCHET has been examining data and trends focused on cheating and hacking attempts to ensure readiness for day one of Modern Warfare II when RICOCHET Anti-Cheat™ will be fully deployed.

Throughout the beta, a limited level of RICOCHET Anti-Cheat™ protections were active, but the full scope of our security infrastructure – such as various detection systems and in-game mitigations – won’t go live until Modern Warfare II officially launches on October 28th.

Before we dive into our security recap of the Modern Warfare II Open Beta, we would like to outline our goals for the upcoming launch: 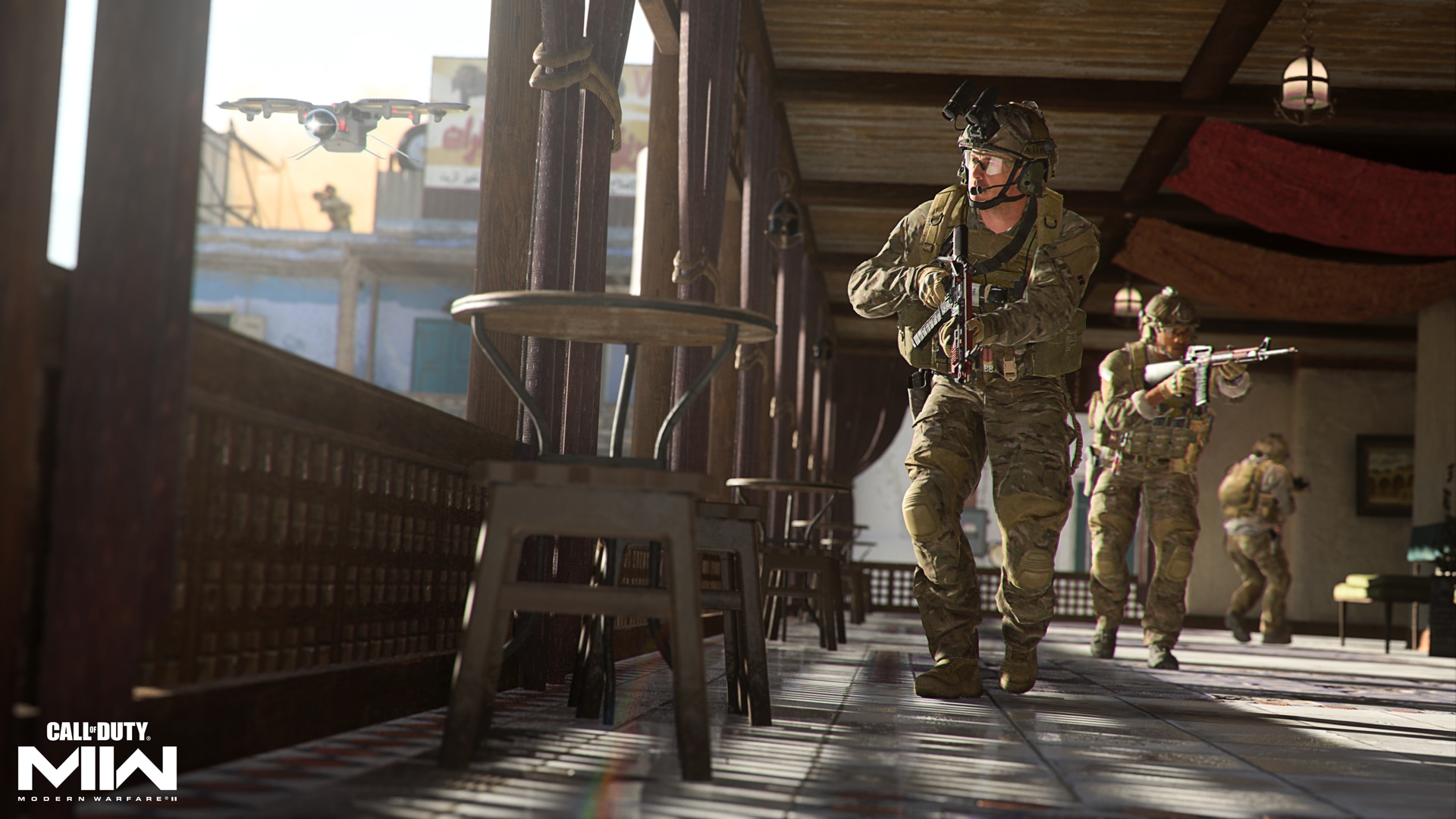 For the first time, RICOCHET Anti-Cheat and its PC kernel-level driver will launch day-and-date with a new title in the Call of Duty universe. The upcoming launch combines a year of learnings and updates with new features and mitigations to protect our games.

Beginning at launch with Modern Warfare II and soon followed by the launch of Call of Duty®: WarzoneTM 2.0 on November 16th, RICOCHET Anti-Cheat will operate on a new, unified security platform. This new system provides #TeamRICOCHET more protection such as: better detection capabilities, additional access to develop and deploy new mitigation techniques, and expanded freedom to update our security more frequently than ever before.

RICOCHET Anti-Cheat and its PC kernel-level driver will be present in both Call of Duty: Modern Warfare II and Call of Duty: Warzone 2.0 across the globe for users on launch day.

While they were not enabled for the beta, all existing mitigation systems will be active at launch for both Modern Warfare II and Warzone 2.0, including Cloaking, Disarm, Damage Shield, and more. Cheaters can also expect a whole new host of in-game enforcement, too. Learn more about our in-game mitigations from the Progress Report Q&A blog.

#TeamRICOCHET in collaboration with studio partners across Infinity Ward, Raven Software, Demonware, Sledgehammer Games, Treyarch and more are transforming how the game client and server communicates, migrating certain processes to be powered on the server-side in addition to the client. What this means is #TeamRICOCHET can retain authority over more gameplay systems, providing even more protection for the game.

#TeamRICOCHET is developing updates to its PC kernel-level driver for the launch of Modern Warfare II. These updates will help facilitate some of the processes outlined above as well as provide better prevention systems against cheaters. Additionally, the driver will provide more information to our security teams in the event of cheaters getting into the game, feeding data to our detection and mitigation systems. Learn more about the PC kernel-level driver in our Player Support FAQ.

The SMS policy for Modern Warfare II and Warzone 2.0 on Battle.net is the same as the requirement for Call of Duty: Warzone on PC, which was implemented in May 2020.

SMS verification is critical to our anti-cheat enforcement efforts, tackling illicit account creation at its source. This helps our security team to maintain account and game security in order to provide a safe, fair, and fun gaming experience for all our players. In August 2022, we updated the SMS policy for new players of Call of Duty: Modern Warfare (2019), requiring a text-enabled mobile phone number to play the game. Prior to this change, new accounts in Modern Warfare could access Warzone without a SMS security check. As the illicit account market adjusted to our security enforcement, #TeamRICOCHET started seeing more cheaters attempt to access Warzone from Modern Warfare to bypass the SMS policy, so the security team recommended the update to further combat the illicit account market.

The SMS requirement for game access is used for security purposes only. Call of Duty does not use SMS verification data for marketing purposes. 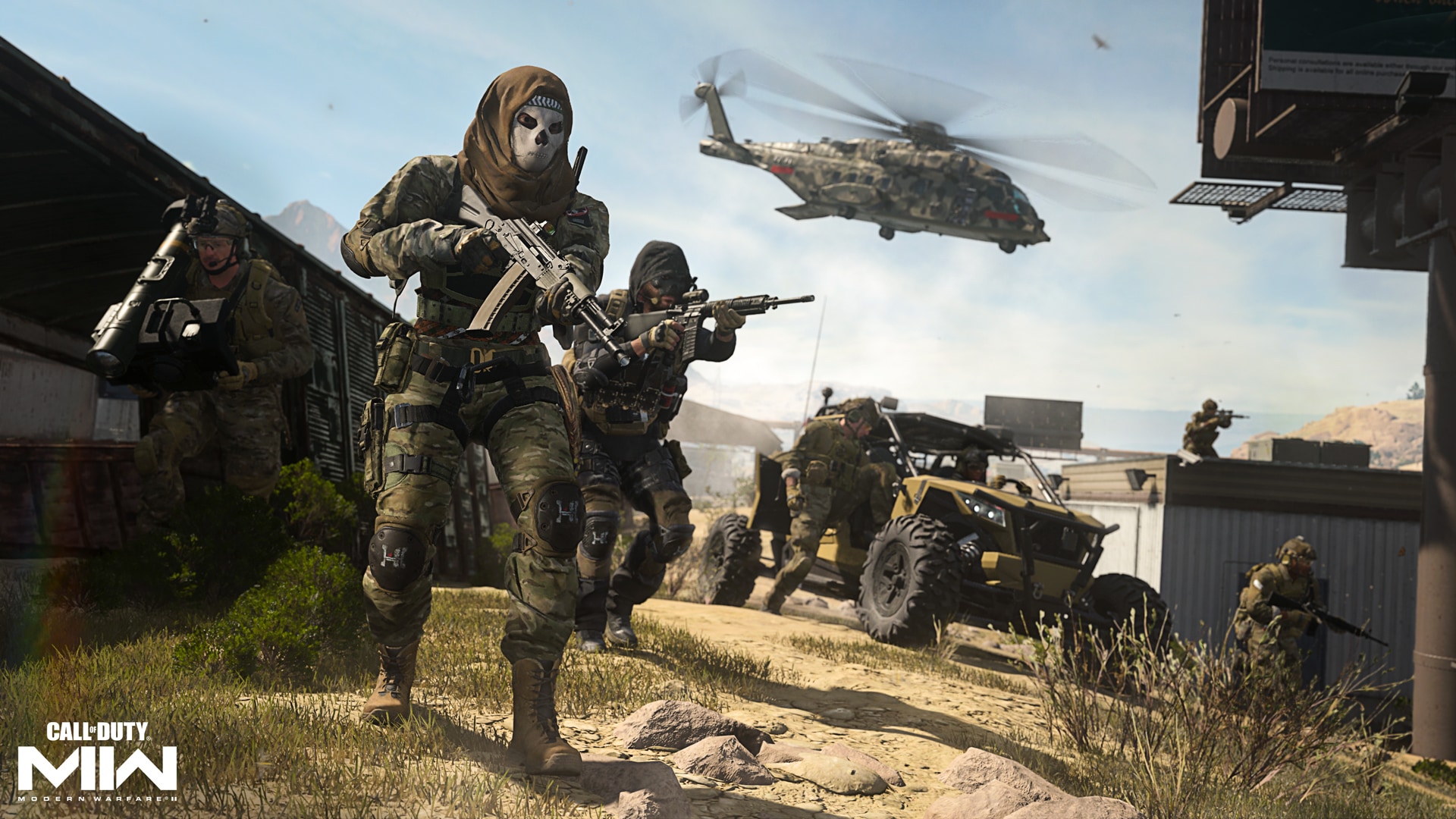 The benefit of a pre-release beta is being able to test new methodologies and systems ahead of launch to see what is viable, as well as retain the full scope of RICOCHET Anti-Cheat to keep our cards closer to our chest.

Combating cheaters is an ebb and flow process. There is no simple solution to stop cheating from ever occurring. While only partial anti-cheat systems were deployed for the free-to-play beta, the security team gained valuable learnings of what worked and what did not.

In preparation for the beta, #TeamRICOCHET banned over 60,000 illicit accounts from our system, denying them access to the event. During the beta itself, over 20,000 bans were issued, ejecting cheaters from participation.

Examining the data, we found that 72% of players detected to be cheating were actioned on before they ever played a single match. For those that were able to play normally (assuming every match they played included the use of cheats), our systems were able to detect and remove them from our ecosystem – on average – within five matches played.

There were a small number of players who reported beta crashes that appeared to cause their accounts to be permanently banned. We have investigated this thoroughly and have determined that crashing issues did not cause unjust bans. The game itself cannot trigger a ban. Additionally, our security and data engineers have confirmed that there was not a bug possible which would have allowed this to happen during the beta.

One system that did unjustly impact players was a system that kicked (not banned) users out of matches for friendly fire – whether it was accidental or intentional. While we certainly appreciate how much of a team player our security systems are, this issue only persisted for a short period on Sunday before being resolved. We are confident that we’ve addressed this for launch. Also, and just in general, don’t fire at your teammates.

While we’re excited about our progress and system updates, combating cheaters will continue to be an ongoing battle. Every step we take forces cheat developers to take more drastic actions to try to circumvent the system. As always, your in-game reporting is critical to assisting #TeamRICOCHET and we want to thank you for helping us keep our games fair and fun for all.

#TeamRICOCHET is focused on continuous anti-cheat security updates. We will provide updates on our mainline and studio social channels as well as the Call of Duty blog when possible.