The Call of Duty®: Modern Warfare® II Campaign offers a multitude of rewards that can be used in Multiplayer and Special Ops, as well as in Call of Duty®: Warzone™ 2.0 when it launches later this year.

These items can be earned at any time by completing missions within the Modern Warfare® II Campaign.

However, through Campaign Early Access,* a benefit of digitally preordering Modern Warfare II, you can earn all these Campaign completion rewards before the full game is released. 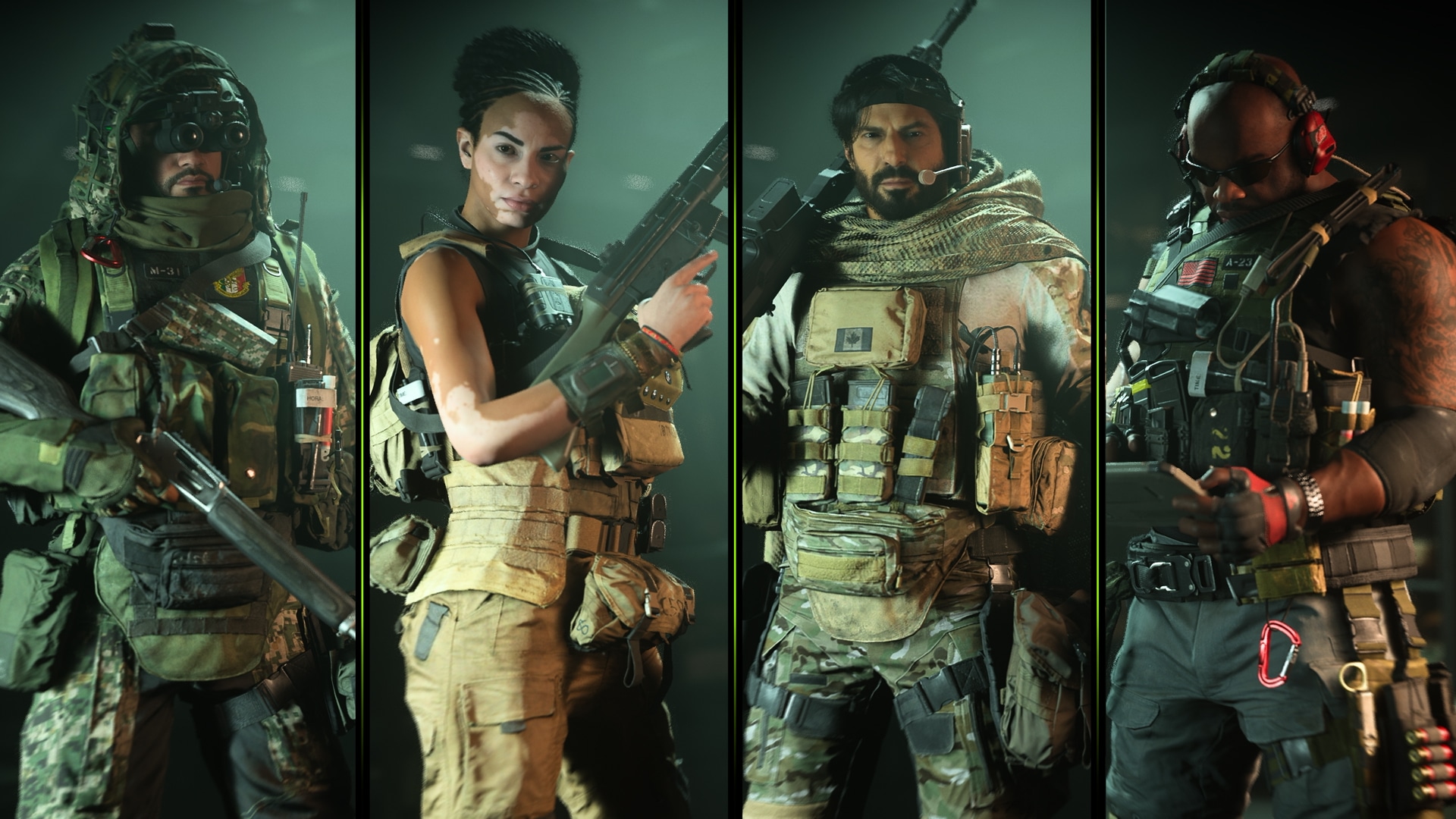 In other words, if you take advantage of Campaign Early Access, all these Campaign completion rewards will be available to you in Multiplayer and Special Ops the moment Modern Warfare II officially launches on October 28.

This is everything you can unlock in chronological mission order: 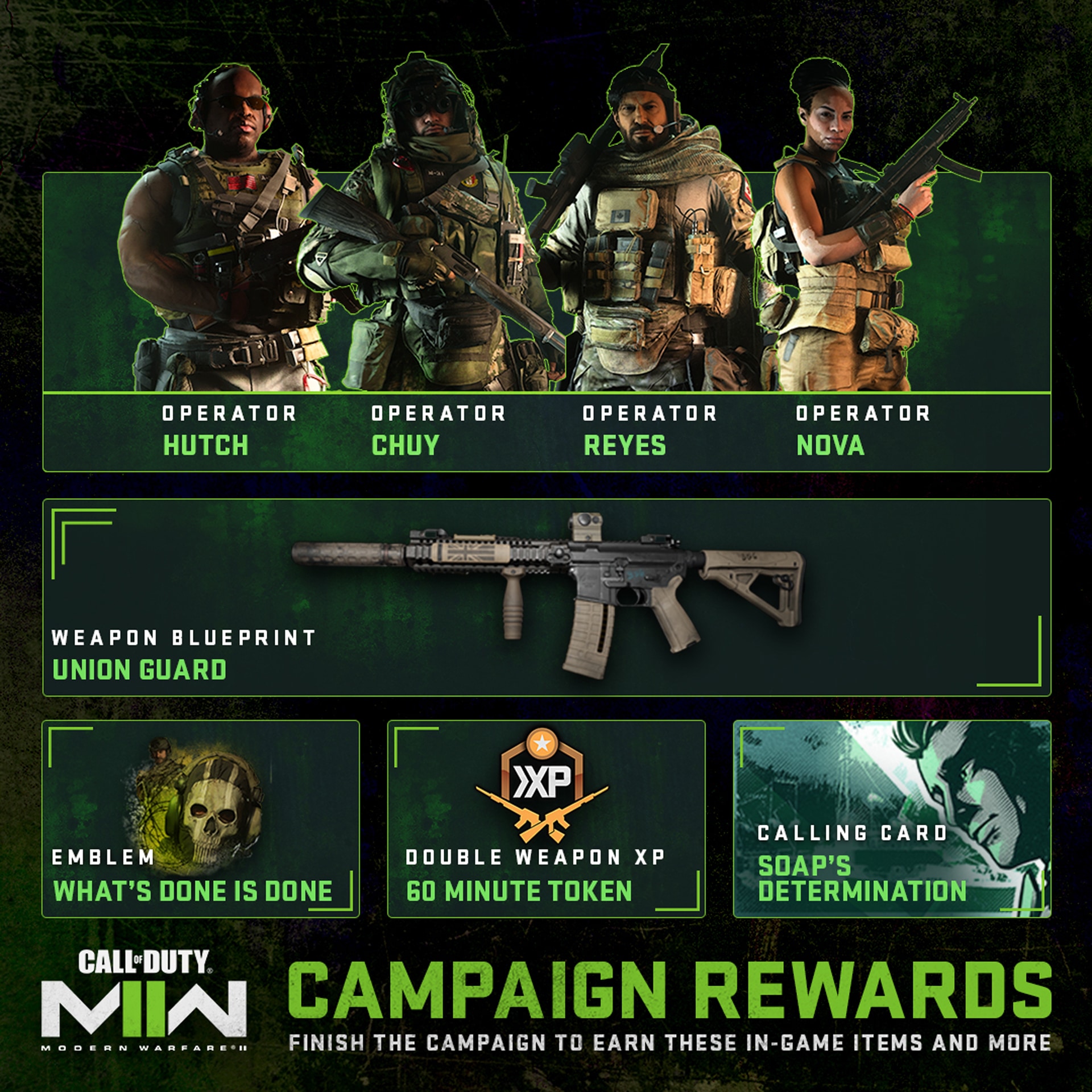 In addition to all of these rewards, completing the full Campaign awards you with the Union Guard Weapon Blueprint.

These attachments make this Weapon Blueprint an all-around great Primary Weapon; it is an excellent starting point for players of all skill levels across all game modes. Compared to the base weapon, this Weapon Blueprint offers more stability when aiming, reduced vertical and horizontal recoil, and a clear sight picture among other benefits like sound suppression.

Again, Modern Warfare II’s Campaign completion rewards can be unlocked at any time, but you can earn them before the game’s official launch on October 28 through Campaign Early Access.

If you have not already done so, digitally preorder the game now to receive up to one week of Modern Warfare II Campaign Early Access and a head start on unlocking all of those Campaign completion rewards.

Digital preorders also get to preload both Campaign Early Access and the full game leading up to its launch.