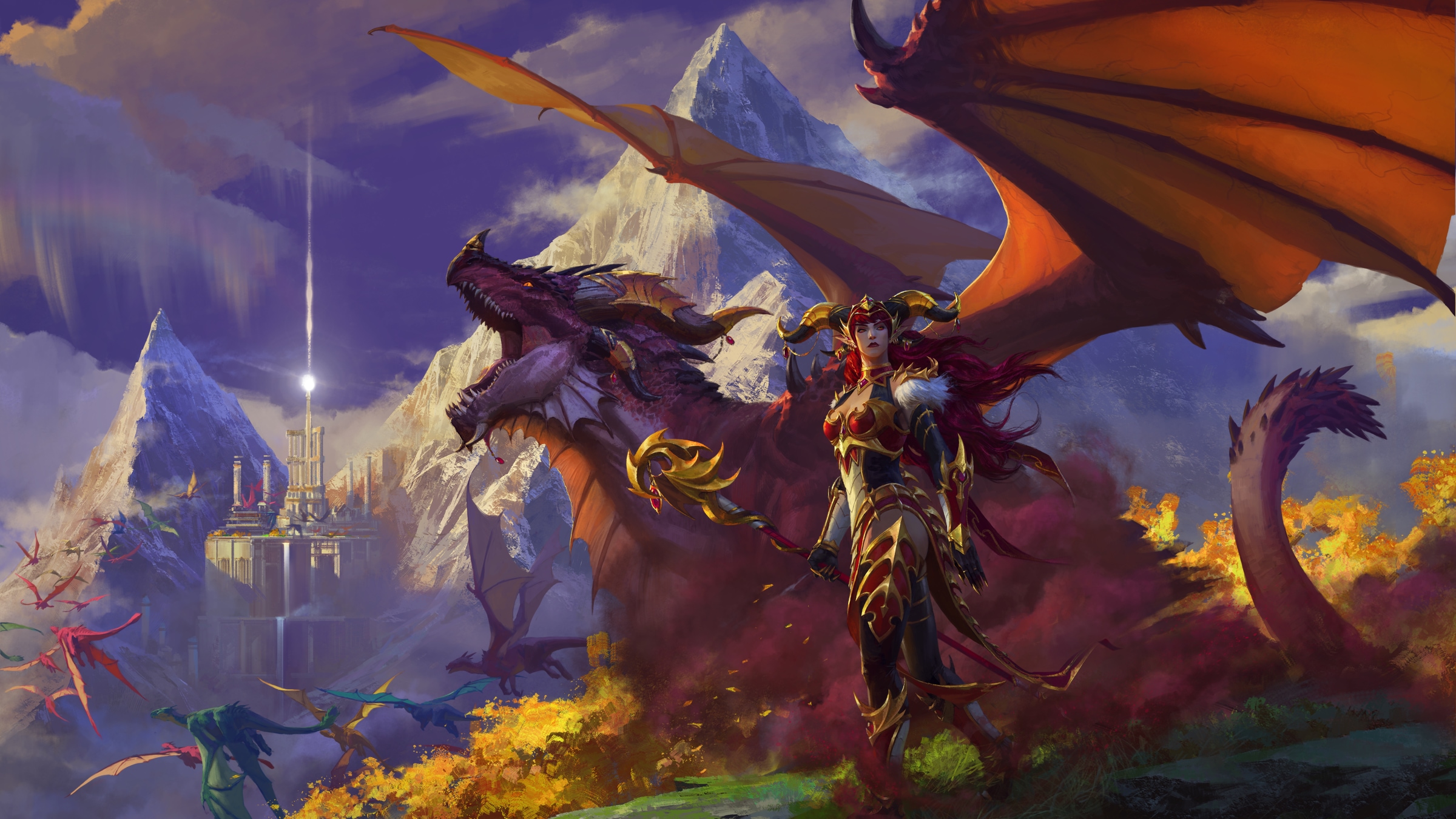 Wings furled close to its lithe body, your drake plummets downward in a nauseating nosedive, slipping through the sky like an arrow loosed from a bow while you cling to the pommel of your saddle. Down, down, down you plunge, head pounding from the sudden drop in pressure while moisture wicks off your cheeks and stings your eyes.

Then, you hear it—the leathery sound of wings unfolding, their thick membrane catching a current as your drake cascades into a gentle glide. Beneath you, the clouds part, revealing the majesty of World of Warcraft’s Dragon Isles: a vibrant land, thrumming with magic and the awakening essence of life. A new adventure dawns; fly forth, adventurer, and unearth long-forgotten secrets in the Dragonflight beta test.

The Dragonflight Beta Test has begun

The Dragon Isles have awoken, and their inhabitants now beckon the heroes of Azeroth to their shores. Over the course of the beta test, community veterans, press, and friends and family will be invited to experience the upcoming expansion and provide feedback.

Get ready for the first-ever Solo Shuffle Showdown

Ahead of Solo Shuffle gaining a ranked mode in Dragonflight, we’re introducing the brawl’s first-ever competitive event, the Solo Shuffle Showdown! This is a 3-day invitational tournament where your favorite EU and NA Arena players will compete September 23 - 25 to see who’s the best Solo Shuffle player

Unlock a transmog helm for free with Prime Gaming

From now until September 20, Amazon Prime subscribers can claim up to three unique pieces of gear from the Blizzard Archive. This month, players can don Azeroth’s iciest diadem: The Crown of Eternal Winter.

The pre-patch for Wrath of the Lich King Classic is now live, and with it comes a frigid new friend for players to fly astride: the Frostbrood Proto-Wyrm. Complete the Death Knight starting experience in Wrath Classic now to earn this mount in World of Warcraft.

Tune in to the Next stream on September 15

Discover every detail about the new updates and content arriving alongside the next era of Call of Duty.

Add some vacation-ready digs to your kit and become a slaughtering sightseer with the latest Amazon Prime bundle.

Bolster your deck and climb the ladder with three free Standard Card Packs for Prime members. Unlock yours today!