Hit the High Seas in Call of Duty: Vanguard 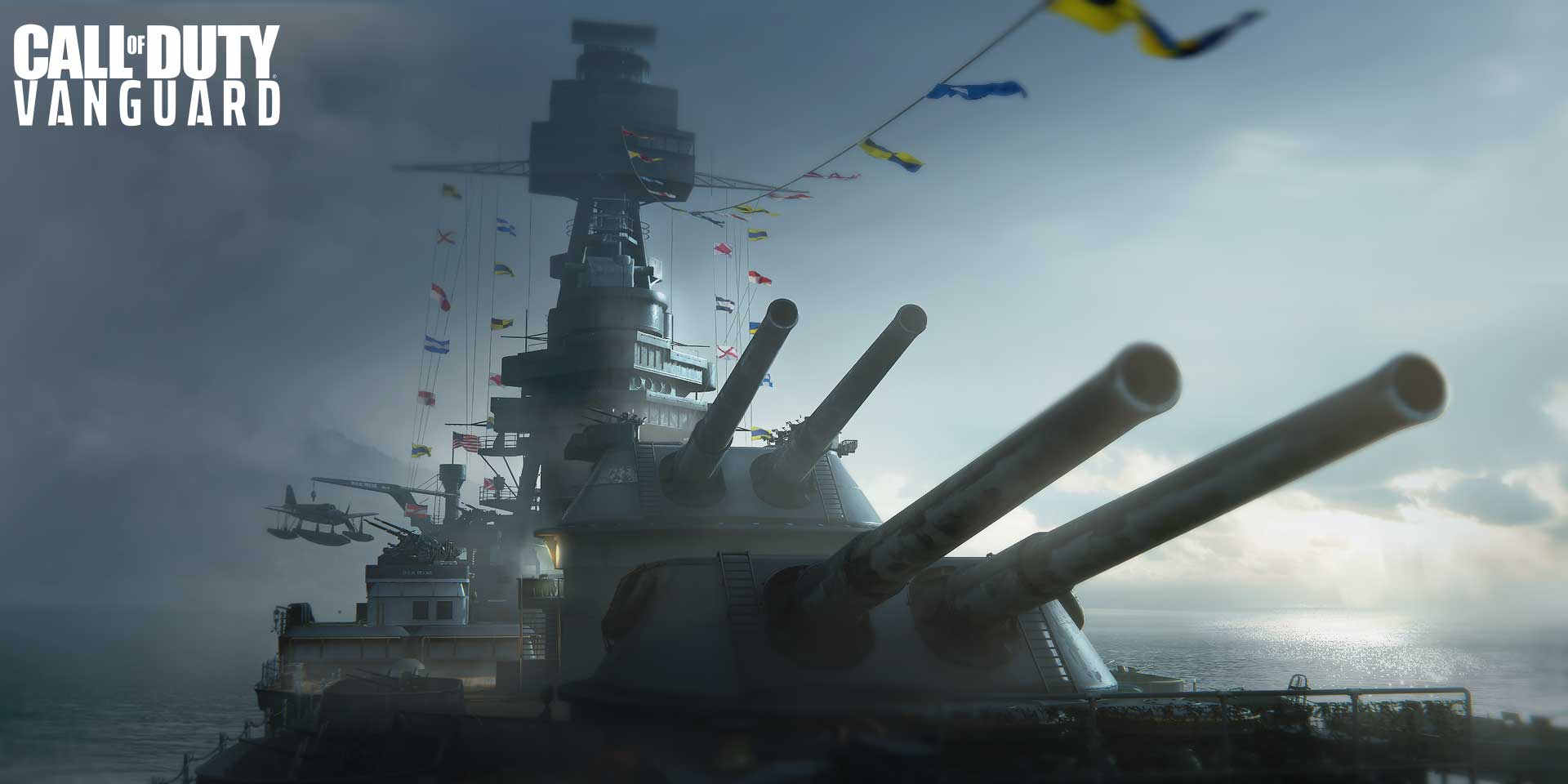 The iconic battleship returns for its debut in Call of Duty: Vanguard. In this Multiplayer map first introduced in Call of Duty®: WWII, players will fight on the decks and through the interior spaces of a floating fortress. There are opportunities for all playstyles to excel here, so gear up and prepare for your ocean excursion.

Visit our Mercenaries of Fortune announcement blog to see what’s coming in the new season for both Vanguard and Call of Duty®: Warzone™. For those looking toward the battle ahead, read on for our full coverage of the upcoming USS Texas 1945 Multiplayer map. 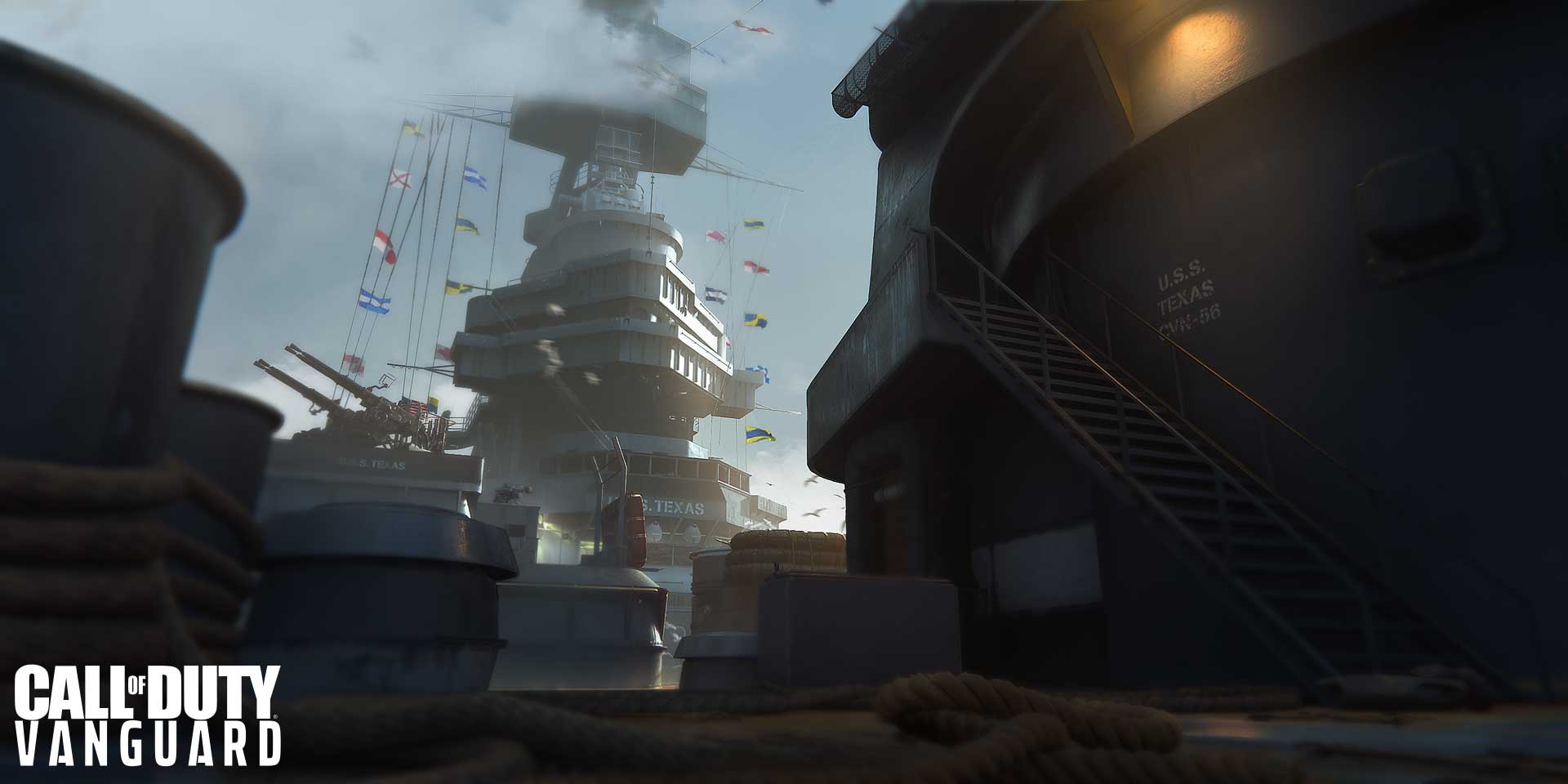 The narrow layout of this Allied battleship naturally funnels players into head-on engagements, with fights breaking out along the sides of the deck and the middle path primarily focused in and around the large central interior space. Watch out for snipers and other long-range players on the sides, where sightlines stretch from bow to stern, and keep an eye on the middle-lane vantage points where Operators have the upper hand against enemies on the deck.

The bow-facing Weapon Control Room and stern-facing Comms area in the center offer the greatest vantage points over the lower deck. Here you’ll find close-quarters skirmishes — and grenades flying — in the lower-level Cafeteria and Main Hall as opposing teams vie for the upper positions. Two more power positions face each other on the starboard (right) side of the boat, sitting back near either spawn.

Port (left) side is a bit more variable, with multiple levels running its length. Long-range players can stick to the deck to engage enemies from a distance, while those favoring close-quarters combat should navigate the Ammo Room and Barracks to cut down on their time spent in the open and force their opponents to a more intimate fight.

The bow and stern each sport their own overlooks as well in the Turret and Secondary Tower, respectively, their sights matching the center vantage points. Expect plenty of duels along these upper sightlines, but don’t get so distracted by them that you forget to check for enemies sneaking up from below.

In general, the higher up you are, the better, but be prepared to defend your position. On the other hand, with so many vantage points available, don’t get stuck in a situation where you’re waiting for enemy Operators to appear. Your team needs you where the fight’s the toughest, and the strongest position can’t help you when the main battle is located on another part of the ship. Determine where you’re needed most, and then set up with a view over the action or head straight into it with a flanking maneuver to unseat your enemies.

Sweep the Deck With These Loadouts 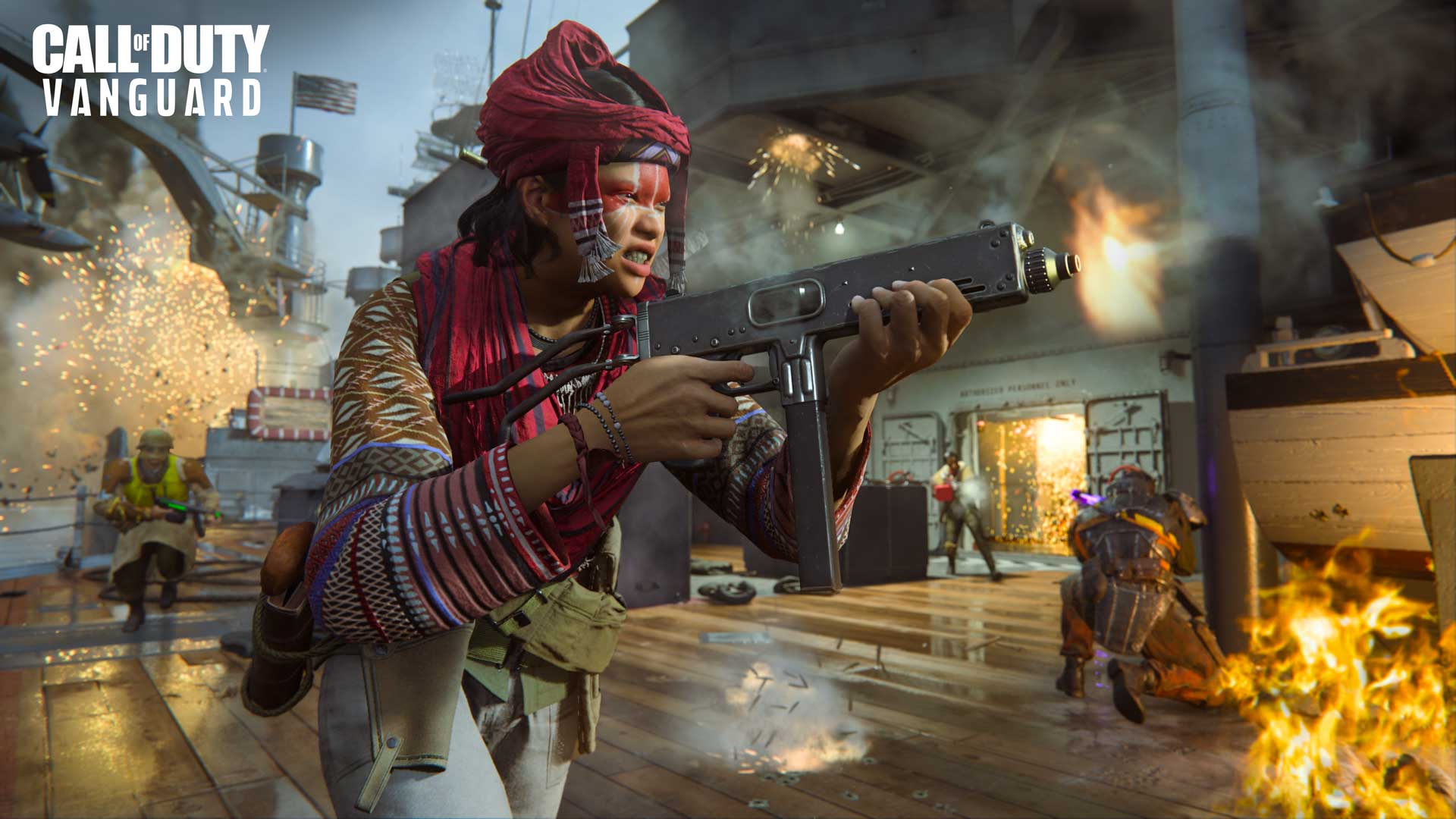 The Mercenaries of Fortune Battle Pass brings two new weapons to the mix: the Marco 5 SMG and the UGM-8 LMG. They’re both great options for fighting aboard this battleship, so we’ve made a Loadout for each. Purchase the Battle Pass for instant access to the Marco 5 and a 45-minutes Double Weapon XP Token. Now on to the Loadouts:

Consider this hip-shooting Loadout on your way to unlocking the Marco 5’s Akimbo Proficiency. Using low-weapon-level attachments, this configuration boosts hip-fire accuracy and speeds up reload times for fast, close-quarters play in and around the battleship’s central interior. Use your high mobility to stay on the move during fights and to flank enemy positions. Add the Fully Loaded Kit for additional ammo if you’re running low.

Suggested Perks begin with Dauntless to avoid movement-reducing effects, especially prevalent in the map’s center. In Perk 2, High Alert improves your situational awareness, while Perk 3, Survival Training, protects you against the debilitating effects of stun and gas grenades. These abilities combine for a highly mobile, hyper-aware build, perfect for the map’s more confined locations. 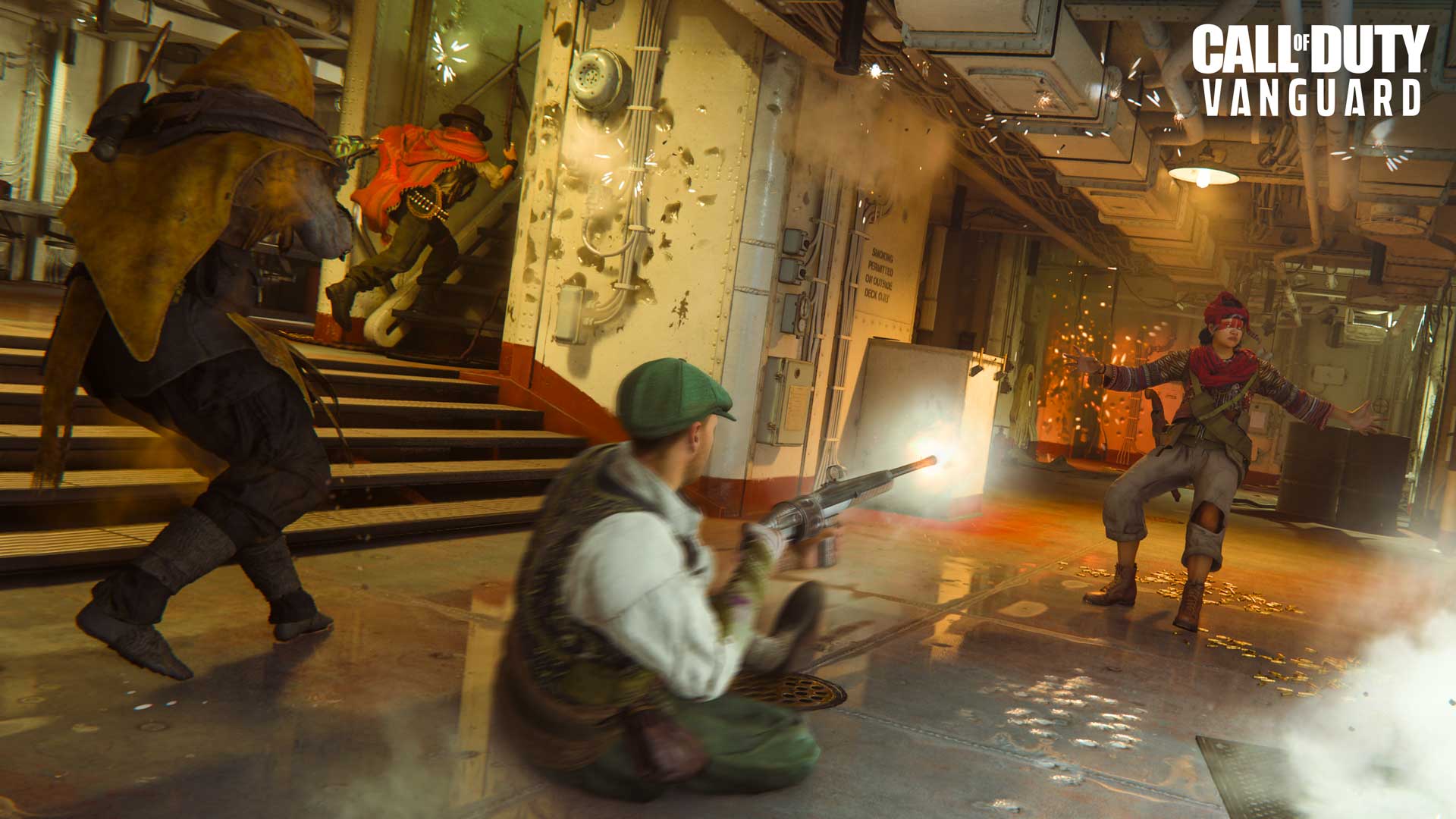 Made for the long-range deckhand, this configuration for the UGM-8 is perfect for covering the long distances down port and starboard and for exploiting the map’s many power positions. The suggested barrel attachment exchanges some mobility for improvements to recoil control, flinch resistance, weapon sway, and fire rate, with the remaining attachments offering greater accuracy and Aim Walking Speed.

Take Cold Blooded to avoid targeting by AI-controlled Killstreaks, especially useful when battling on deck. Get a better read on the map and reinforcement positioning via Forward Intel, and use Demolition to improve your explosive capabilities with an extra lethal per spawn. 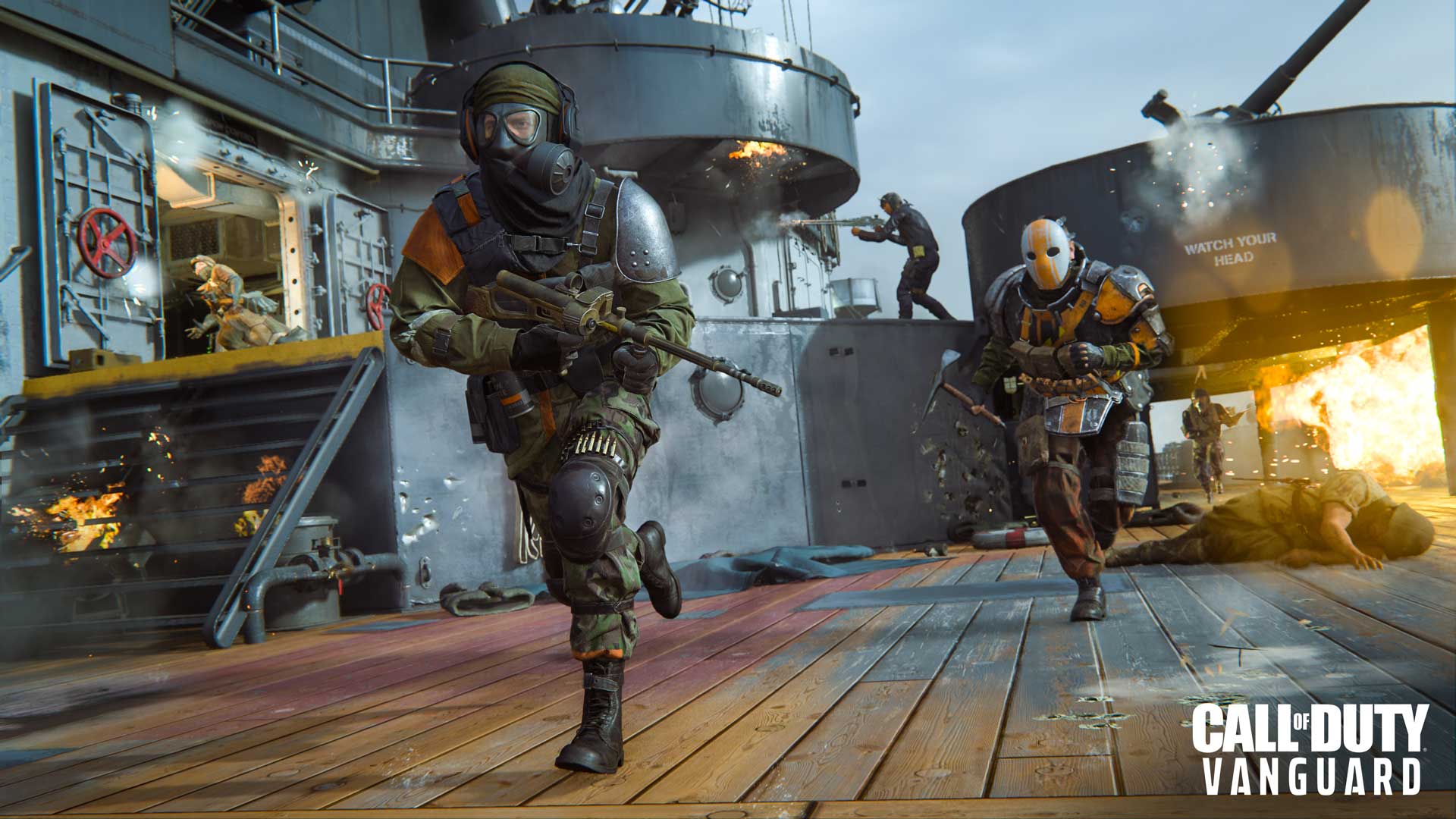 10. Clear the Air. We recommended the Trophy System in our Mayhem map guide, and we recommend it again. It has a fast recharge, and on tight maps it’s invaluable to your survival. Other Field Upgrade recommendations include Dead Silence to mute your footsteps or Tactical Insertion for greater spawn control.

9. Footprints on Deck. Try using the Tracker Perk to see enemy footprint trails. This is invaluable when approaching or defending an objective. By also hiding the death markers of enemies you eliminate, you’ll enjoy an overall lower profile throughout the match.

8. Give and Take. Part of finding success here is knowing when to push the attack and when to mount up and defend. Check the minimap and watch for teammates opening fire to get an idea of where the enemy is concentrated. If they’re rushing forward, take cover and eliminate on sight; otherwise move up and bring the fight to them.

7. Secondary Blaster. If you’re wisely taking advantage of the map’s long lanes to land epic sniper shots, you might consider complementing your Loadout with the Overkill Perk. Having an SMG or Shotgun as a backup weapon makes you a whole lot stronger than a pistol.

6. Out of Sight. Notice the breakable entry points located right above the port side Ammo Room and Barracks. These offer a valuable means to drop out of sight when the fighting gets tough up top or to surprise enemies rushing through the spaces below.

5. Radar. The more intel you have, the better. With Radar as your Perk 2, you’ll move more confidently on deck and through the ship’s interior spaces.

4. Defense Up. While the central vantage points are often the most crowded, don’t neglect the overlooks near the bow and stern spawn points. These offer an excellent view when defending a nearby objective or when simply repelling an attack on the ends of the map. If you need to take someone out in one of these entrenched areas, bring a teammate to distract their aim.

3. Smokescreen. To get out of sight, the Smoke Grenade delivers. On this battleship with its many power positions and confined areas, you’ll be grateful for the distraction.

2. A Swift Cut. Eliminate enemies swiftly and discreetly with the Throwing Knife, especially useful when going up against multiple foes. Better yet, it’s good practice for completing the final weapon tier in this season’s Gun Game Multiplayer mode.

1. Switch It Up. Remember to change up your Loadout to best fit the current needs of the match. Long-range weapons are great along the sides, but you’re better off with an SMG when approaching the middle and vice versa. Whenever you’re eliminated, consider whether spawning in with a different Loadout will improve your chances at regaining your footing and righting the ship. 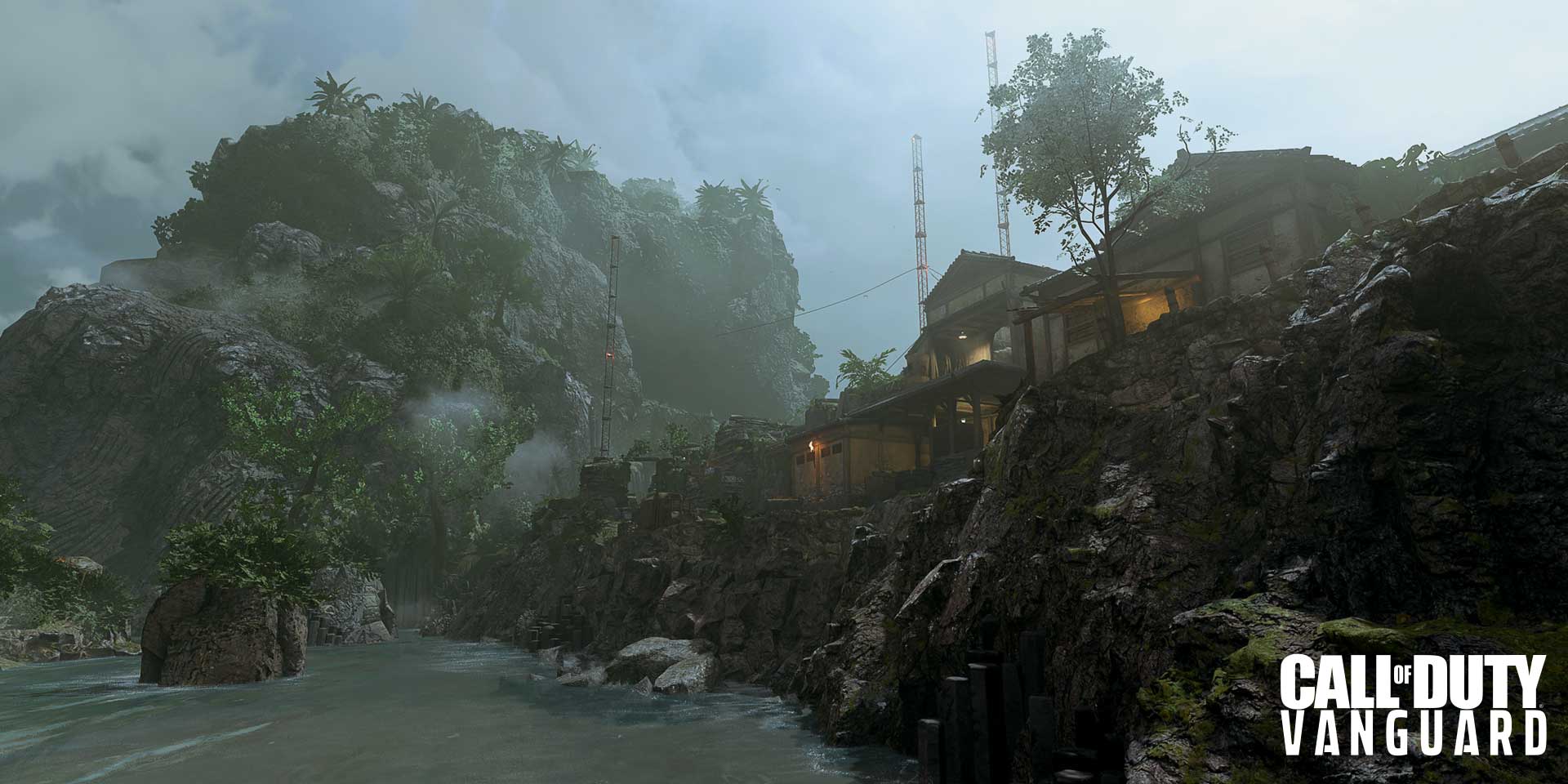 Deploy to a Pacific listening post in Desolation, a small- to medium-sized map arriving later in the season. Large mountains and a vast landscape engulf the devastated village as you battle around the central building and along its creekside fortifications. Watch for Desolation’s arrival in the midseason update when it releases for free to all Vanguard players. 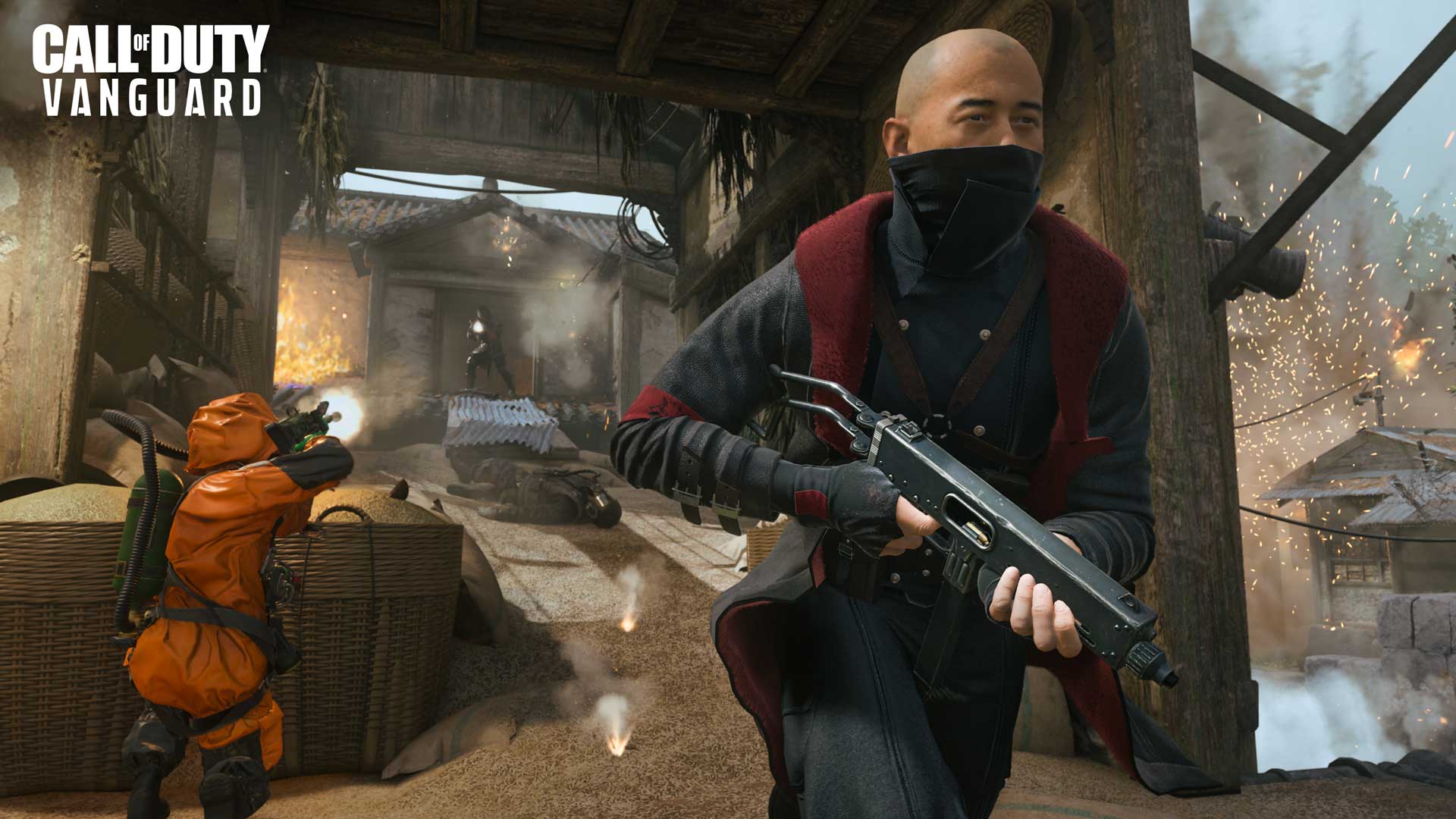