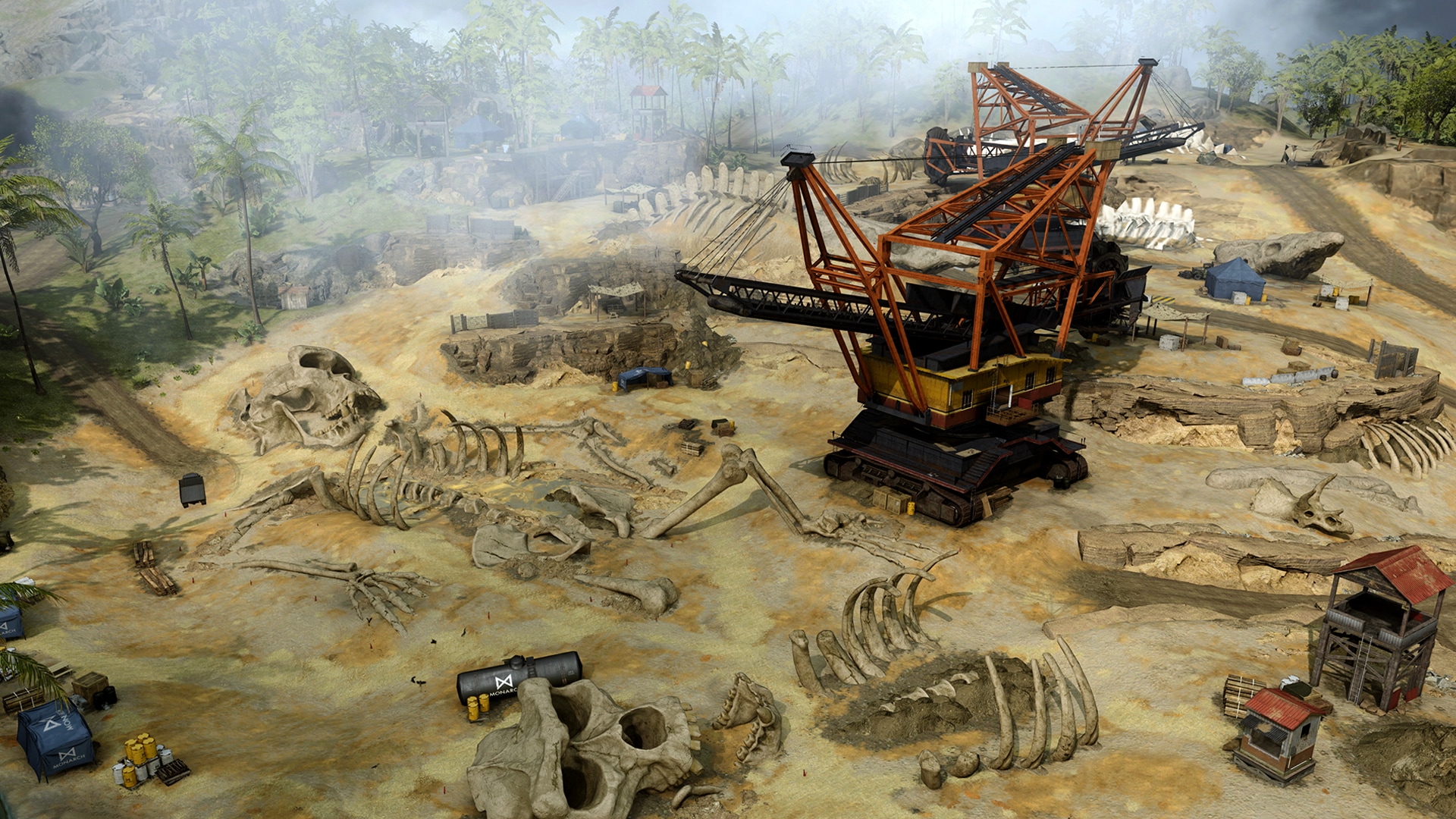 An unending barrage of battles has razed Caldera. Now, Call of Duty: Warzone’s island broods beneath a blustering storm, and portions of the once-lush landscape have been flattened by an inexplicable force. Something is coming. Something big. The Pacific is in peril, and it’s up to you and your allies to unearth the true nature of this threat before your enemies do. Gear up, soldier–it’s time to drop into the monster of all firefights.

Season Three of Vanguard and Warzone has begun!

A shadow hangs over Caldera. Classified prototype weapon caches have been discovered by the Allies and a race has begun to discern their mysterious purpose. Your mission is one of critical import: Discover intelligence scattered across the island before your enemies claim it for themselves. Gear up with free weapon unlocks, perks, and items, and prepare yourself for impending threats.

The dragonflights of Azeroth have returned, called upon to defend their ancestral home, the Dragon Isles. Surging with elemental magic and the life energies of Azeroth, the Isles are awakening once more, and it's up to you to explore their primordial wonder and discover long-forgotten secrets.

The Jailer has breached the mysterious heart of the Shadowlands. Should he control its primordial power, he will reshape the universe with Death at the fore. Group up with your fellow heroes to pursue his forces into the Sepulcher of the First Ones and claim a slew of cosmic spoils.

Opt-in for the Wrath of the Lich King Classic Beta

You've taken Azeroth and Outland by storm. Now, the Lich King’s forces await you in the icy continent of Northrend. Face the undead Scourge and take the fight to Arthas himself atop Icecrown Citadel.

The great desert fortress of Ahn'Qiraj is home to the insectoid qiraji, a savage race set to mount an assault to devastate the continent of Kalimdor. But something far more sinister lurks behind Ahn'Qiraj's walls: the Old God C'Thun, an ancient entity whose pervasive evil had suffused Azeroth since time immemorial. Now, both factions must heed the War Effort’s call. Begin your journey and undertake the epic quest to become a Scarab Lord.

Overwatch 2 Closed Beta is now live
It’s time to reunite and stand with your fellow heroes. The Closed Beta heralds a new era of epic competition; we’re inviting you to travel the world and experience exhilarating new ways to play as you brawl it out on the battlefield. Get ready for a fresh lineup of heroes, new maps to explore, a revolutionary 5v5 multiplayer experience, and more.
[Learn more]

Are you ready to put your battle skills to the test? Diablo II: Resurrected’s first competitive Ladder season will begin this Thursday at 5pm PDT. Climb the ranks and fell the foes that stand in your way as you seek ultimate glory.

Bolster your deck and climb the ladder with free Legendary cards and Standard card packs for Prime members. Unlock your goods today!

Season 26: The Fall of the Nephalem is now live

The Echoing Nightmare has arrived in Sanctuary. Experience an intense and increasingly challenging end-game event that will test your endurance and reward combat prowess. Will you heed the whispers of fallen heroes’ atonement and survive their nightmare? Or will you find yourself trapped within this hellish dreamscape, doomed to an eternity as a fallen Nephalem?