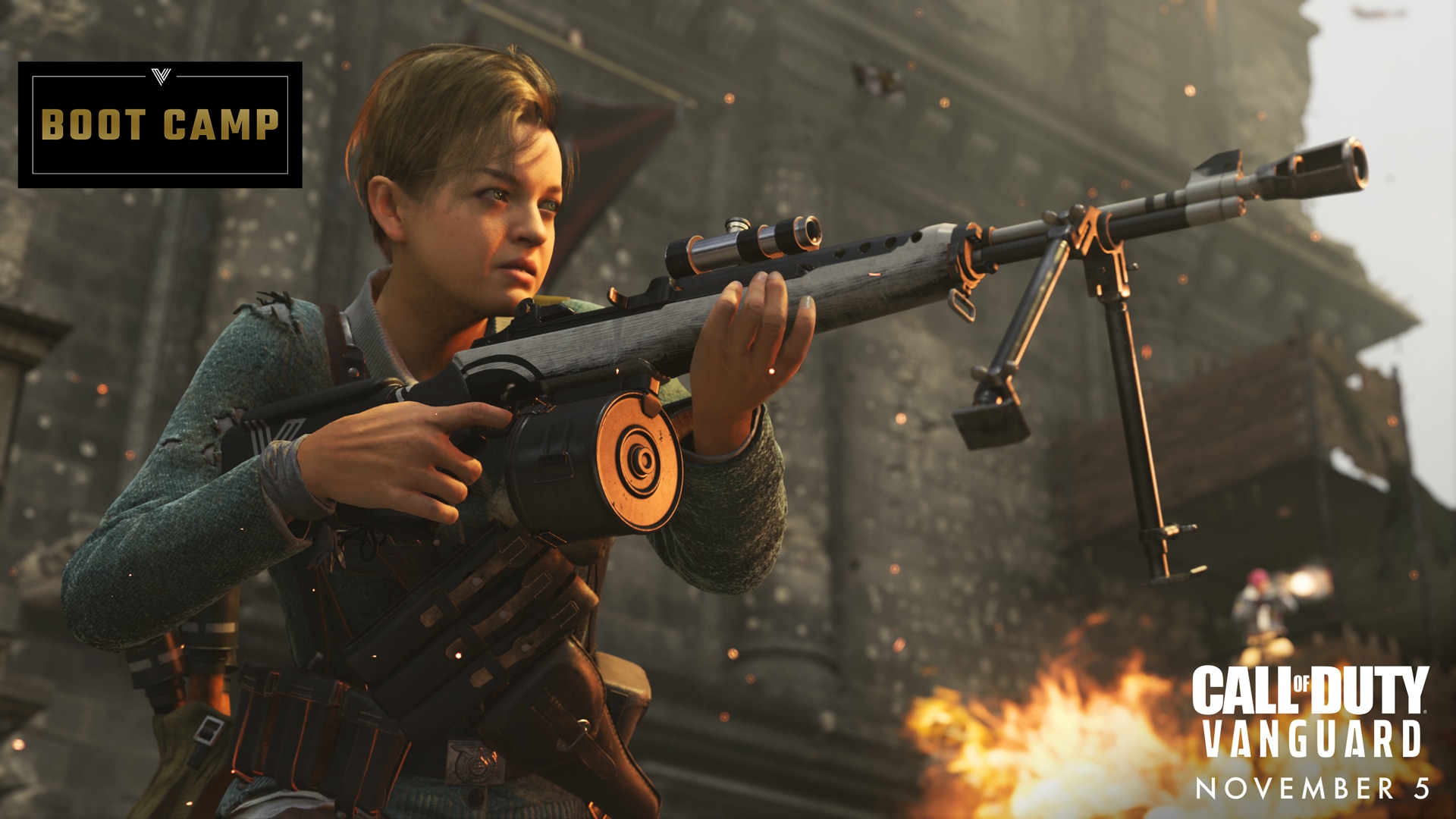 “Sometimes the only way to honor a fallen soldier is to finish the mission.” — Arthur Kingsley, S.O.T.F. 001 - Vanguard

Ready up for Boot Camp.

Prior to Call of Duty: Vanguard’s launch, this series of guides covers what newcomers and returning Operators need to know for success across the game’s gripping Campaign, pulse-pounding Multiplayer, and thrilling Zombies experience.

There is plenty to do in Vanguard, but don’t feel overwhelmed – here’s how you can tackle your first 10 hours of Call of Duty: Vanguard. 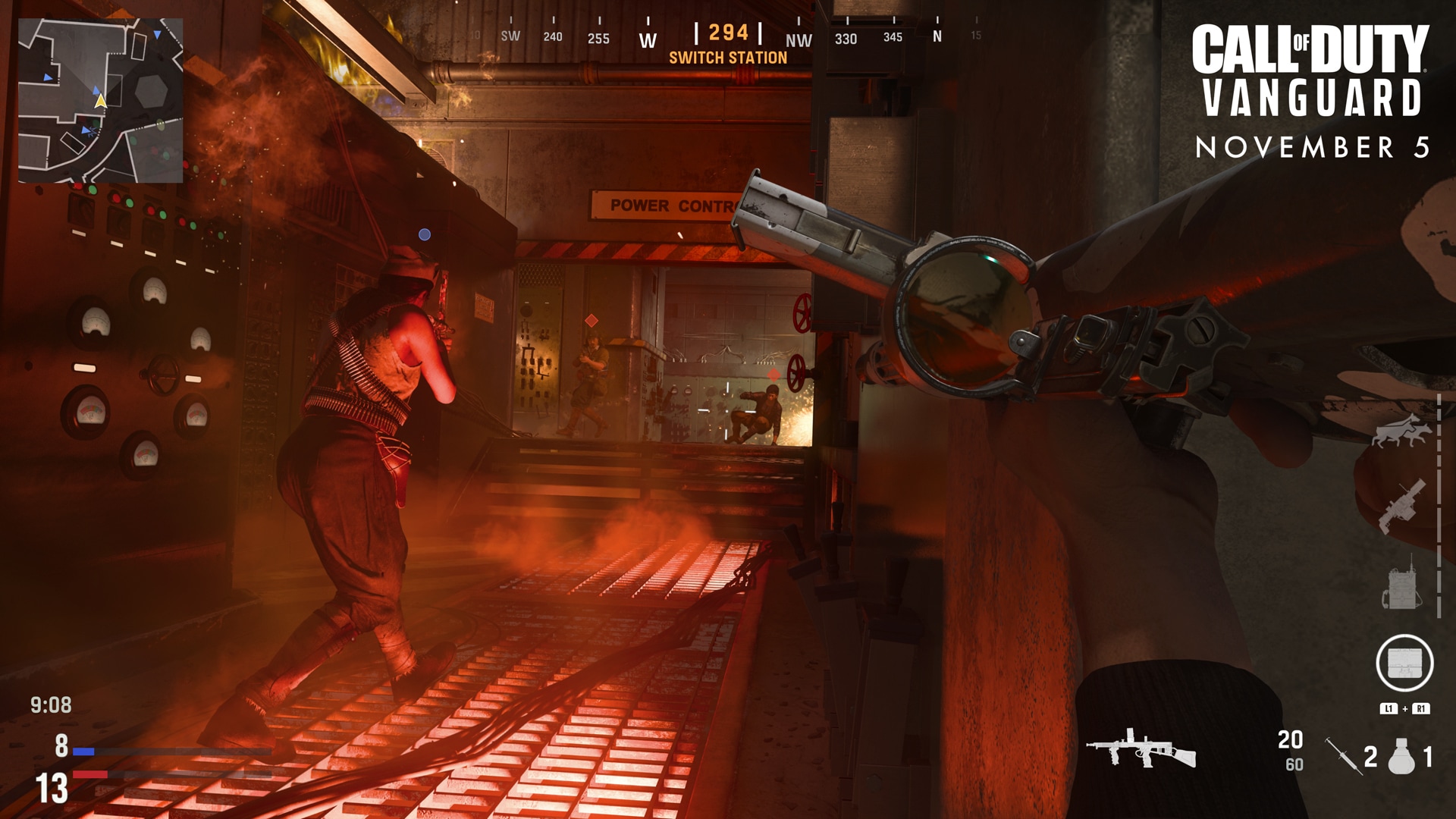 When you first load up the game, you’ll be greeted with the boot-up sequence and title screen. Press the button prompt, read through and accept the Software License and Service Agreement, and then go on to adjust some basic settings.

These include setting the safe area for your display, adjust basic controls, select a preferred audio mix that matches your listening environment, and turn on any accessibility options. This includes numerous colorblind settings, right down to specific colors for player and enemy icons on the mini-map, and other accommodations put in to aid our community in playing the game with confidence.

Note: these settings can always be changed in-game, even during an online Multiplayer or Zombies match.

After completing these simple steps and connecting to the online servers, you’ll move onto the main menu. 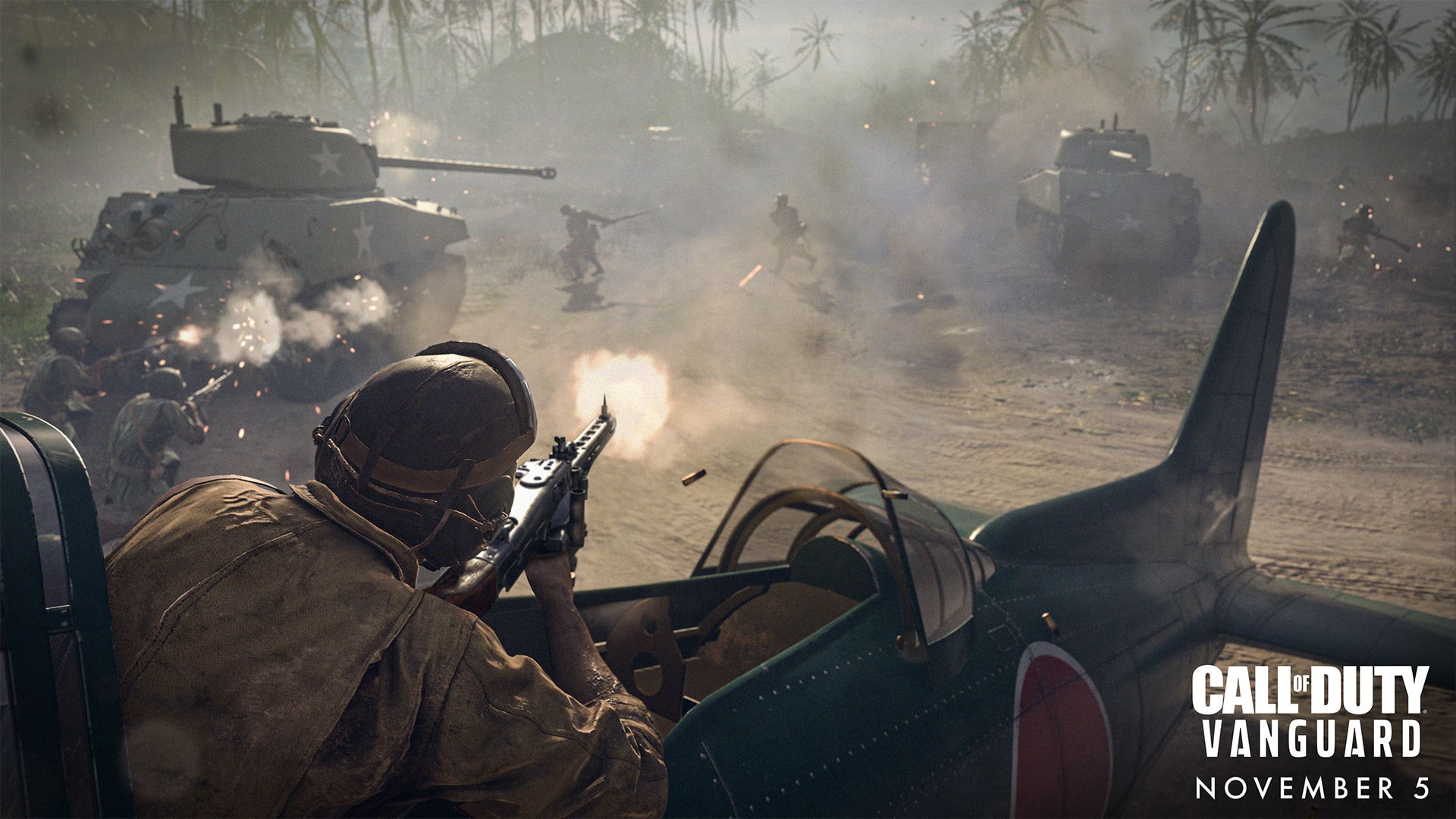 The Hardest Choice: Where to Begin

With three massive modes — Campaign, Multiplayer, and Zombies — it can be a tough decision for even the most grizzled Call of Duty pros: Where to start?

For new and returning players, we suggest starting with the Campaign. Not only will you experience an epic storyline, you’ll also have the chance to learn the basics on your own before jumping into a match with others. 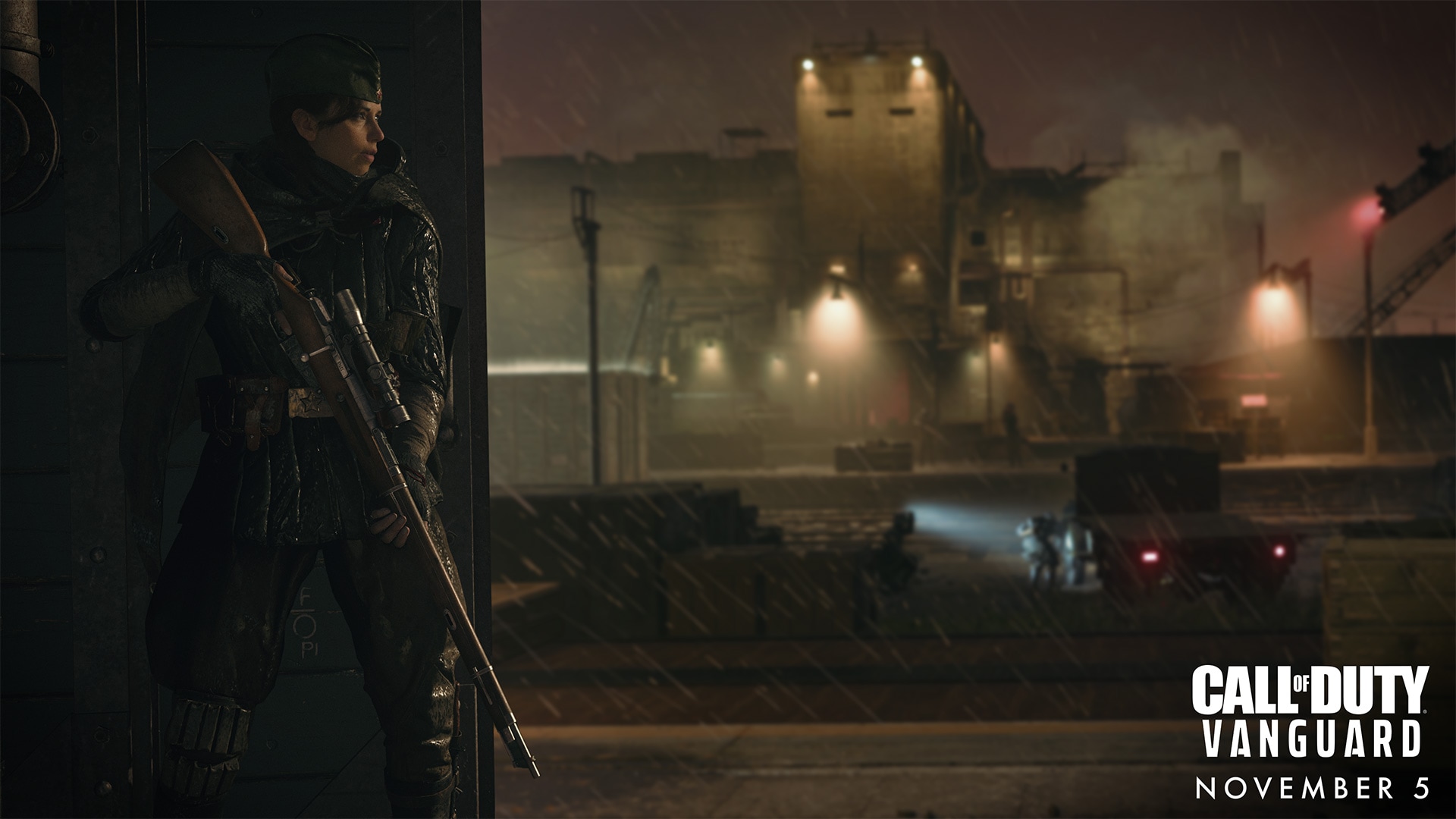 For a more detailed Campaign story briefing, check out our Vanguard Campaign Detailed article and our Campaign Character Bios.

Completing the Campaign gives a solid foundation of the skills you’ll need to become the best fighter possible as you compete in close-quarters and at long-range in intense personal battles as well as in all-out warfare. Choose from a variety of difficulty options, including Recruit for new players or those just looking to enjoy the story, and Veteran for seasoned fighters. 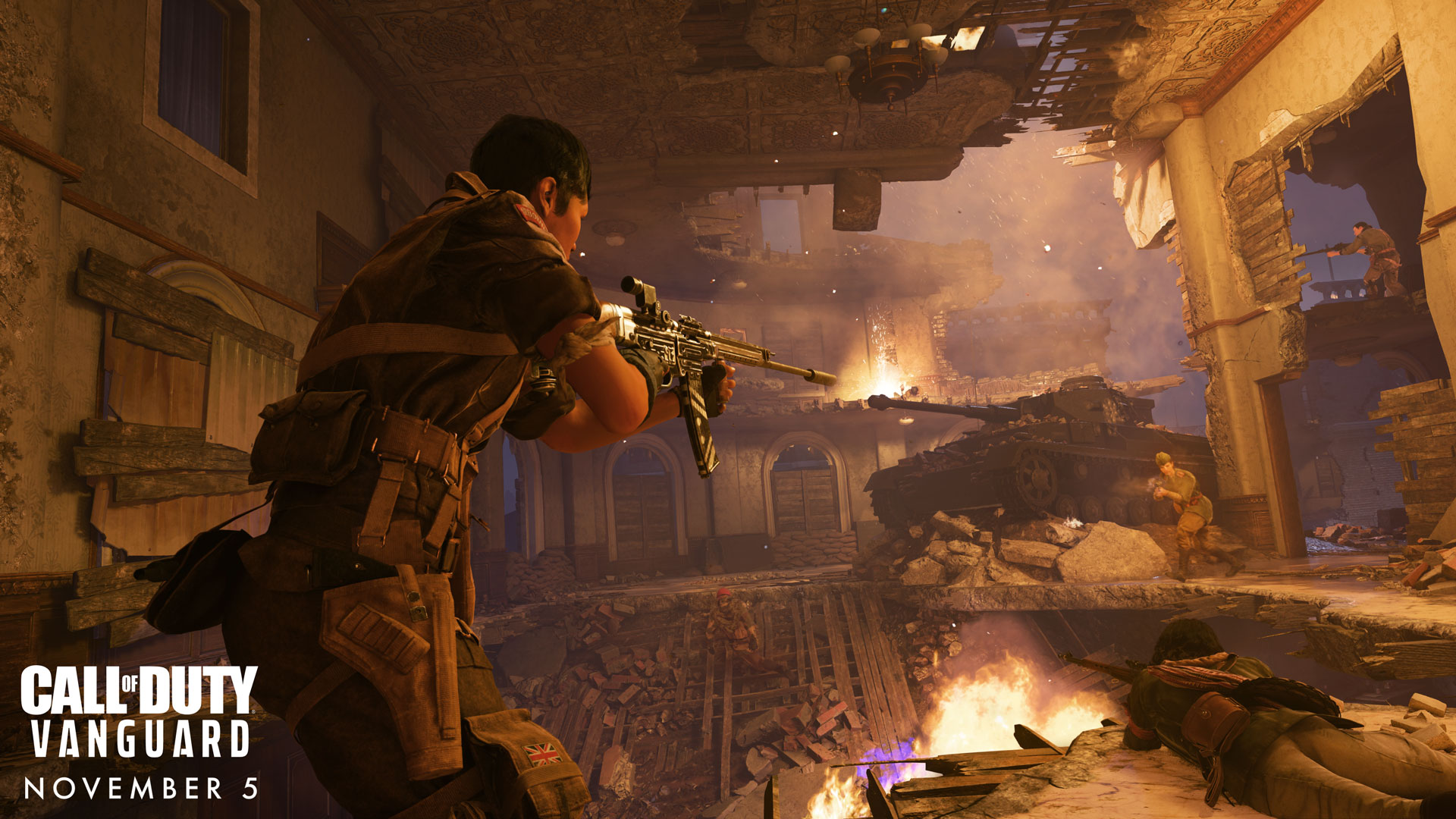 With 20 maps available at launch, Vanguard brings one of the largest day one offerings to Call of Duty Multiplayer. Experience fast-paced, tactical first-person combat across a variety of traditional Multiplayer modes — including Team Deathmatch, Kill Confirmed, Domination, and more — and brand-new modes like Patrol and Champion Hill, a multi-arena survival tournament where teams fight to be the last squad standing. 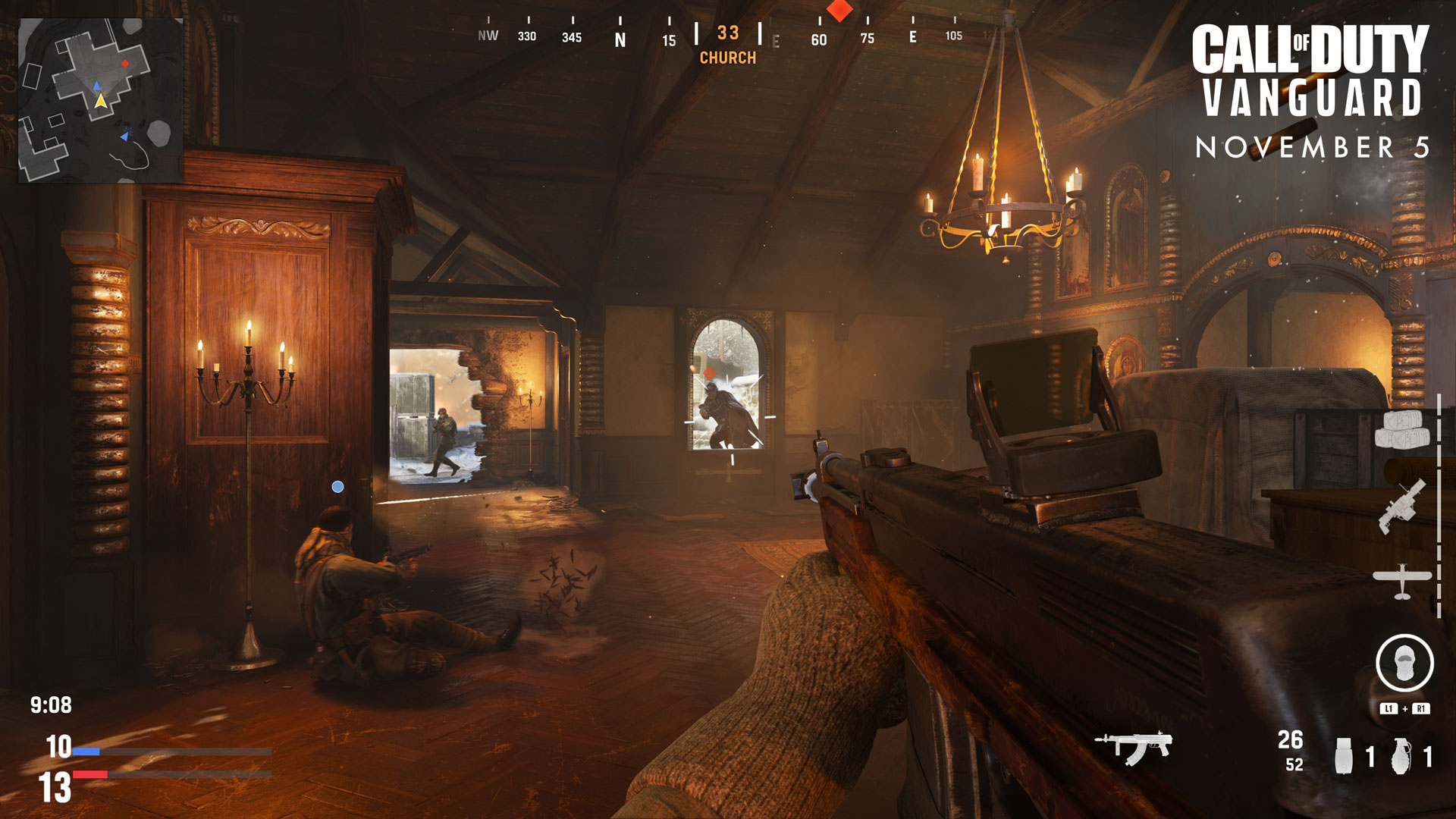 The featured Playlists on the main Multiplayer menu include a rotating list of game modes that change every week. Choose from any of these or use the Quick Play feature to queue up for your favorite modes, set in the adjacent Quick Play filter. Select all the modes you’re interested in playing, across Core and Hardcore, and hit Quick Play to join any match that meets your settings. If you’re new or returning, start with Team Deathmatch to get a handle on the basics before adding in objectives. 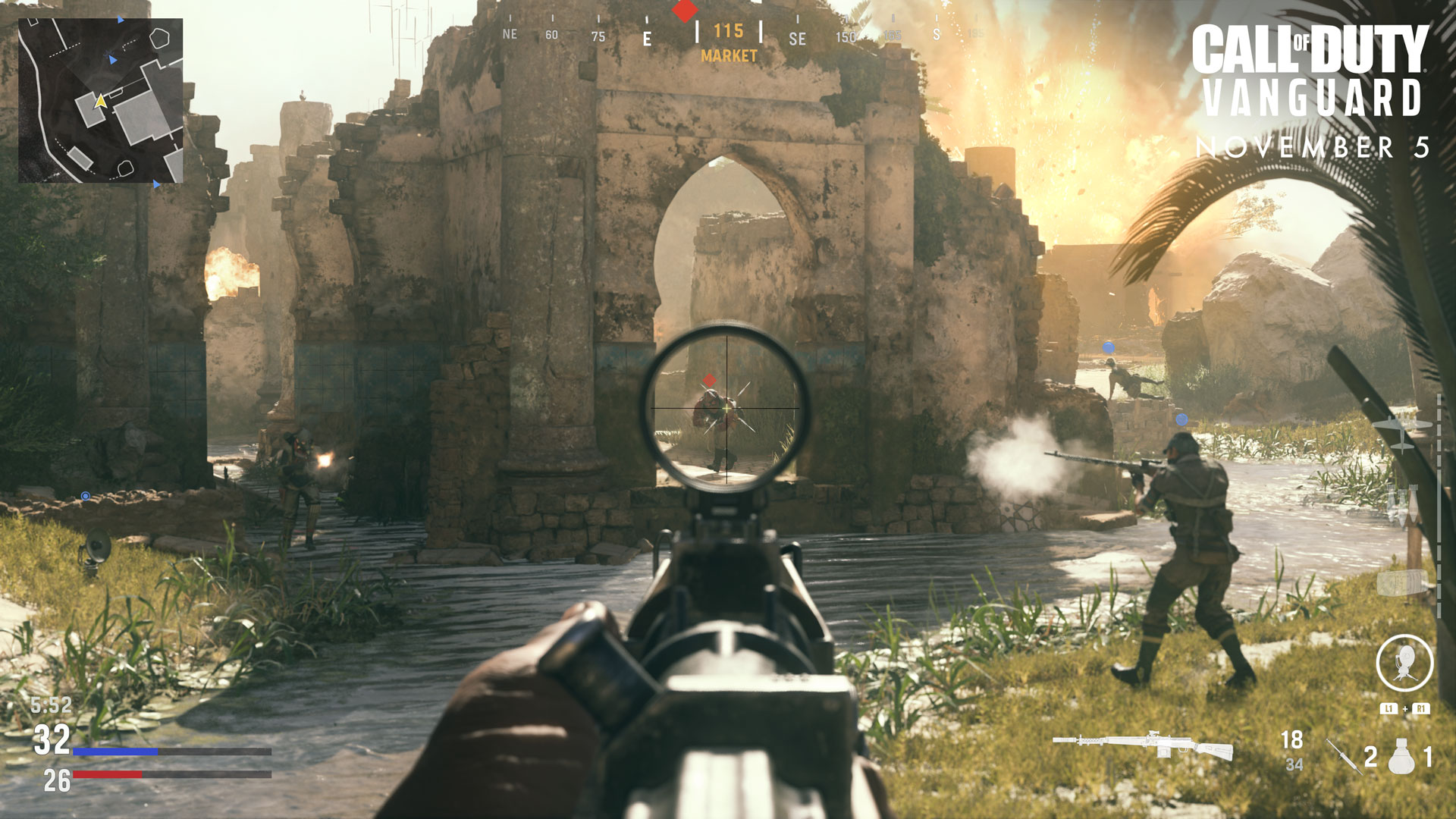 New to Vanguard is the Combat Pacing feature. Selectable in the Quick Play filter, this setting allows players to increase match intensity by raising player counts relative to map size. Choose Tactical Combat Pacing for an intimate and intense combat experience, Assault for a more balanced fight, and Blitz for high action and chaotic combat. Select All to change between them throughout your play session.

For first-time players, we recommend Tactical Combat Pacing to limit the number of enemy combatants, although those that love all-out chaos will want to go straight to Assault and Blitz Combat Pacing Levels. 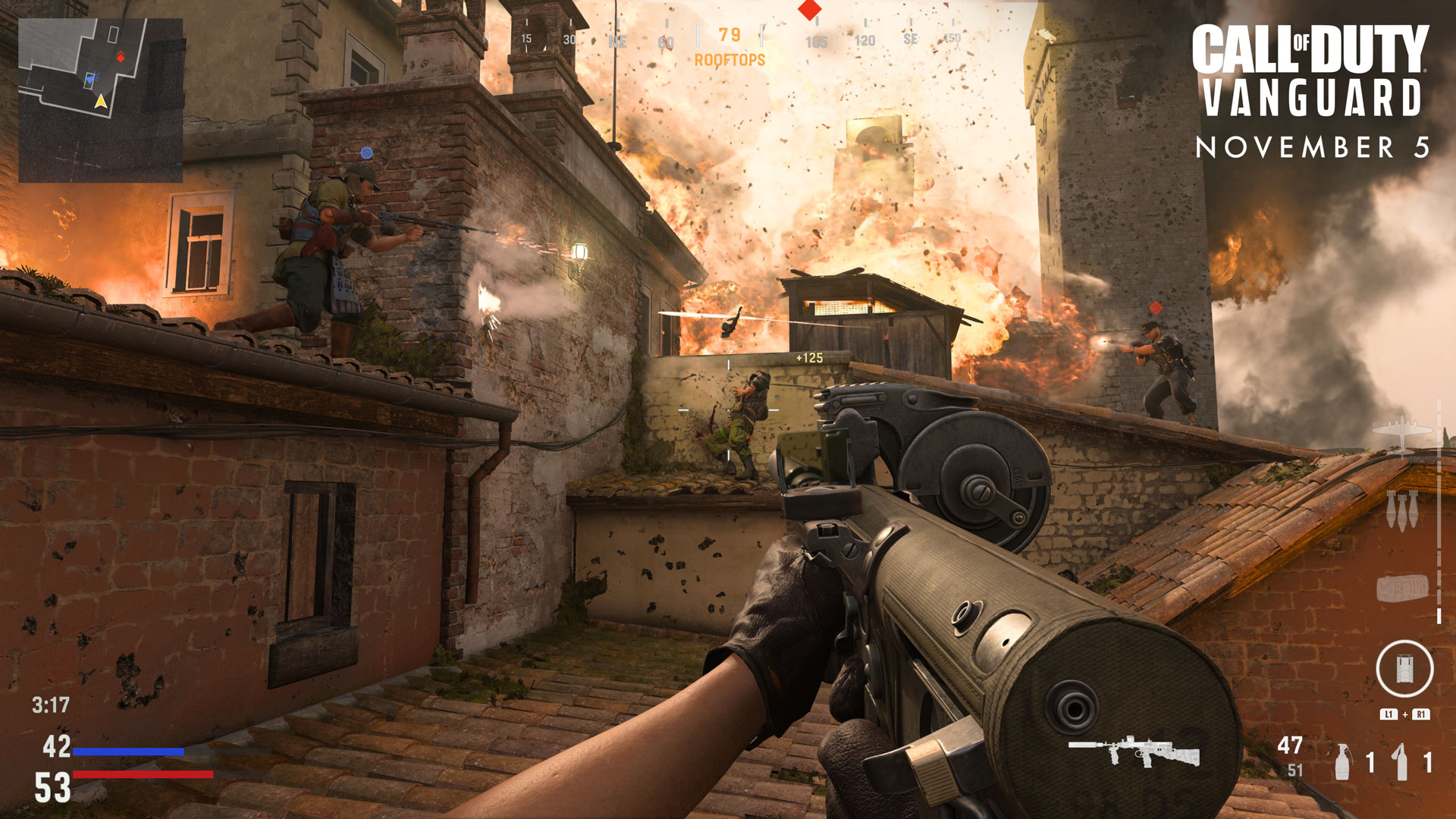 Still hesitant on joining a Multiplayer match? Two of the biggest features to help you gain confidence in battle are Private Matches and Clans.

Private Matches can only be played by you and whomever is invited into the lobby. While you do not gain any experience, you are able to face computer-controlled opponents – bots – on any map and core mode with any loadout of your choosing.

Play a few Private Matches to familiarize yourself with the maps and modes available in public Quick Play or Featured Playlists, or to test out a new weapon that may have a difficult recoil pattern or other feature you want to gain confidence with.

In addition to Private Matches, joining a Clan with friends can help with mastering Multiplayer. When playing with Clanmates, you not only get to play with familiar teammates that can offer advice about the game, but it also gives various XP boosts and rewards to aid in your personal progression. 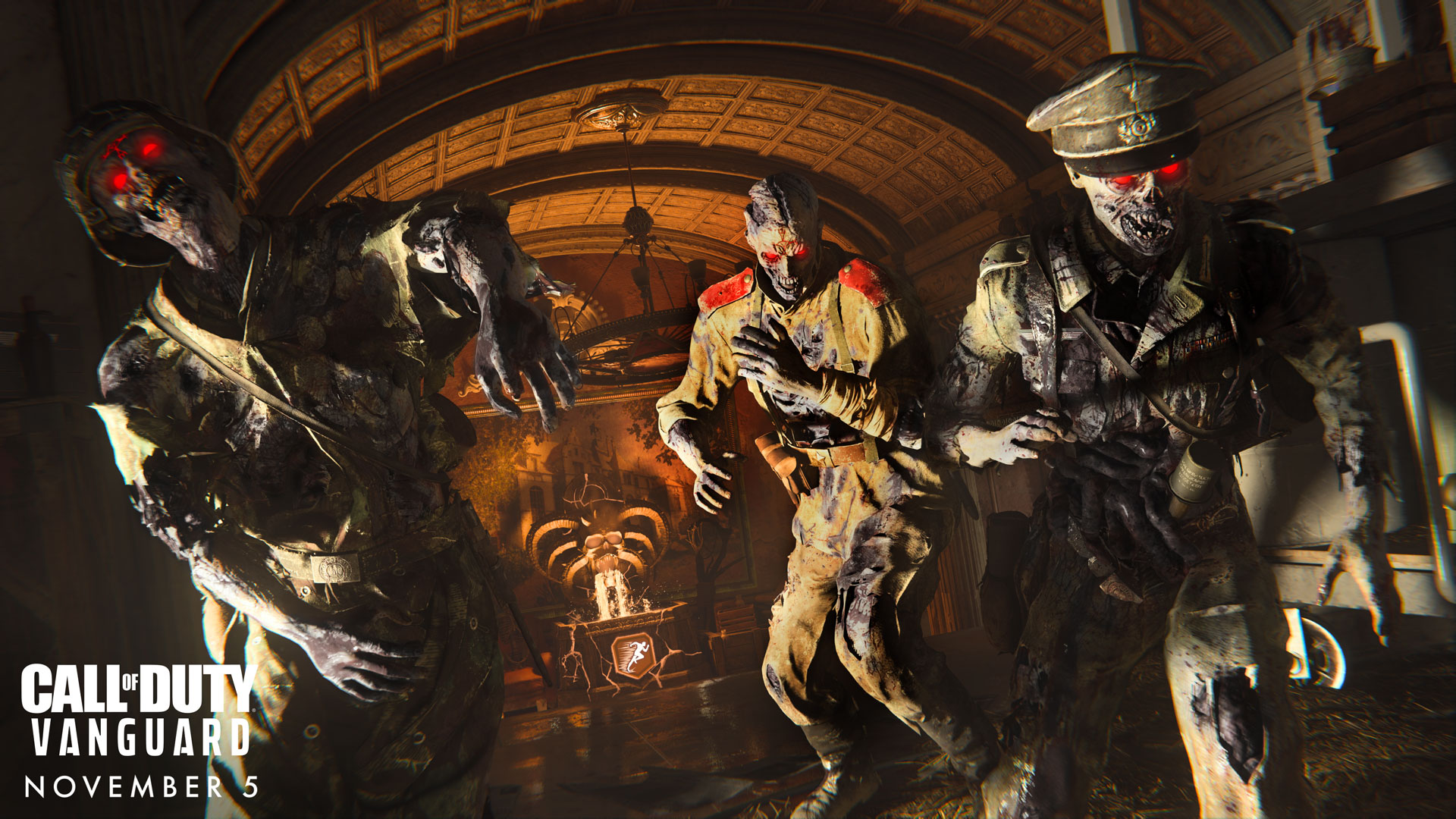 Continue the Dark Aether story first introduced in Call of Duty®: Black Ops Cold War with a whole new World War II setting and narrative, starting in the ruins of Stalingrad. Join up to three other players in the co-op experience of “Der Anfang” — or “the Beginning” — as you battle against hordes of zombies raised by Oberführer Wolfram Von List, a desperate Nazi bound to a former lord of the Dark Aether with the power to reanimate the dead.

In “Der Anfang,” you’ll form a bond with your own Dark Aether entity as you travel through portals to fight the undead army and complete objectives. Earn resources like Essence, Salvage, and Sacrificial Hearts as you battle and complete objectives. Use these resources to improve your weapons at the Pack-a-Punch machine, craft Armor and Equipment at the Crafting Table, and gain game-changing abilities at the Altar of Covenants.

After completing your fourth objective, you can attempt an Exfil to escape alive for bonus XP — that is, if you survive the onrush of zombies and make it to the portal in time. First-time players can choose a Solo match to learn the ropes of the Call of Duty: Vanguard Zombies experience before joining Public matches with other players or jumping into a lobby with friends. 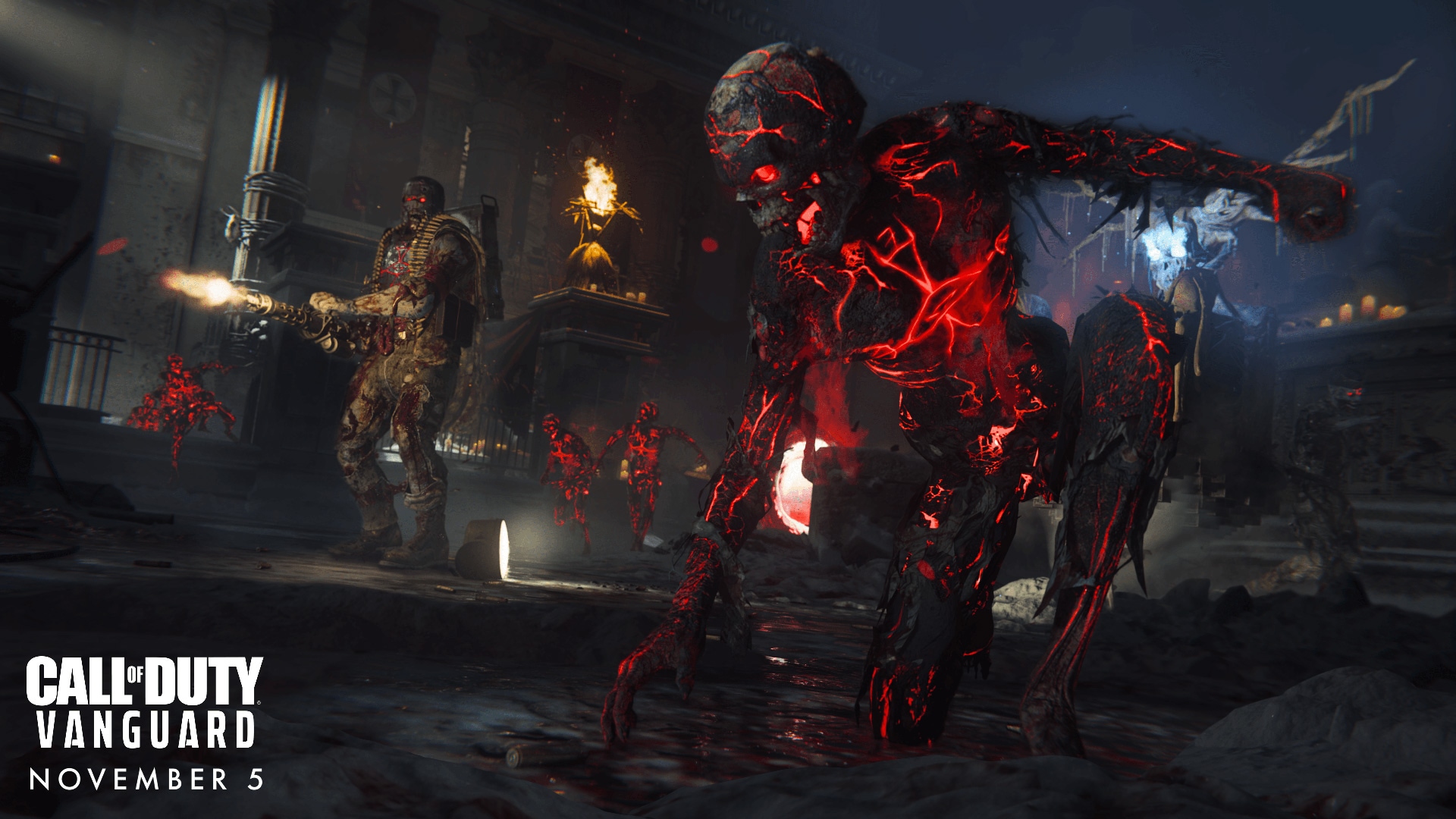 Earn a Sacrificial Heart to spend at the Altar of Covenants each time you successfully complete an objective. Equip up to three Covenants at a time — for example, Unholy Ground to boost your damage when stationary, Ammo Gremlin to reload non-equipped weapons over time, and Cryofreeze for a chance to slow enemies when shooting them.

There are plenty of Covenants to choose from, allowing you to change up your gameplay and craft powerful new builds from match to match. The selection of Covenants will change after each objective completed, and Covenant rarities will increase the longer you survive into the match, so you’ll always have new strategies available at your disposal. 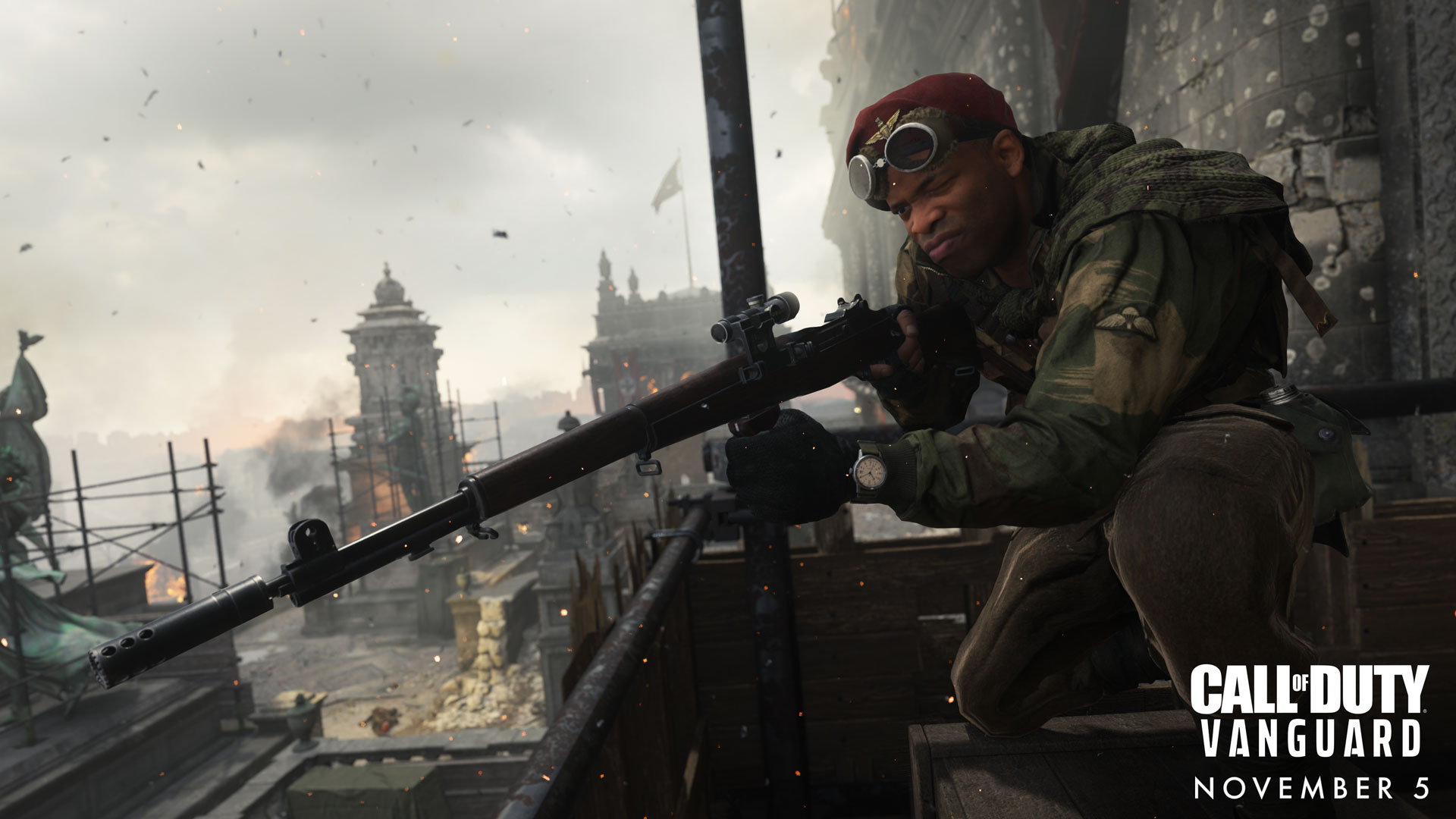 1. Get Your Settings Right. It’s important to use the settings that provide the best play experience possible. Take some time going over and experimenting with various button layouts and aiming sensitivities. Adjust your field of view and customize the color palette of different game elements. Spend the time to get things just right!

2. Play the Campaign First. Particularly for new and returning players, we’ll say it again: the Campaign is a great place to start. This coincides with the above point, too, as you can freely pause and take your time to make adjustments at will. You’ll get a great introduction into the world of Vanguard, and by the time you’re finished, you’ll be more than ready to jump into Multiplayer competition.

3. Pick a Weapon and Go. In Multiplayer and Zombies, you’ll earn Weapon XP for eliminating enemies, thereby unlocking new attachment options for you to customize your weapon to preference. Once you’ve experimented with different weapon categories and found a weapon you like, stick with it for a few matches to start opening up its customization options.

4. Play the Objective. If you’re just looking for kills, load up Team Deathmatch. Otherwise, the best way to aid your team and earn XP is by focusing on the objective, whether that’s locking down objectives in Domination or picking up tags in Kill Confirmed. Stay focused on the task at hand and your abilities are guaranteed to improve quickly.

5. Go for Low-Cost Killstreaks. Low cost doesn’t mean cheap, and for new players, it’s a great way to experience the thrill of earning Killstreaks when starting out. Try Intel to reveal nearby enemies, the Spy Plane to reveal enemies to your entire team, and the Glide Bomb to get enemies off objectives fast. 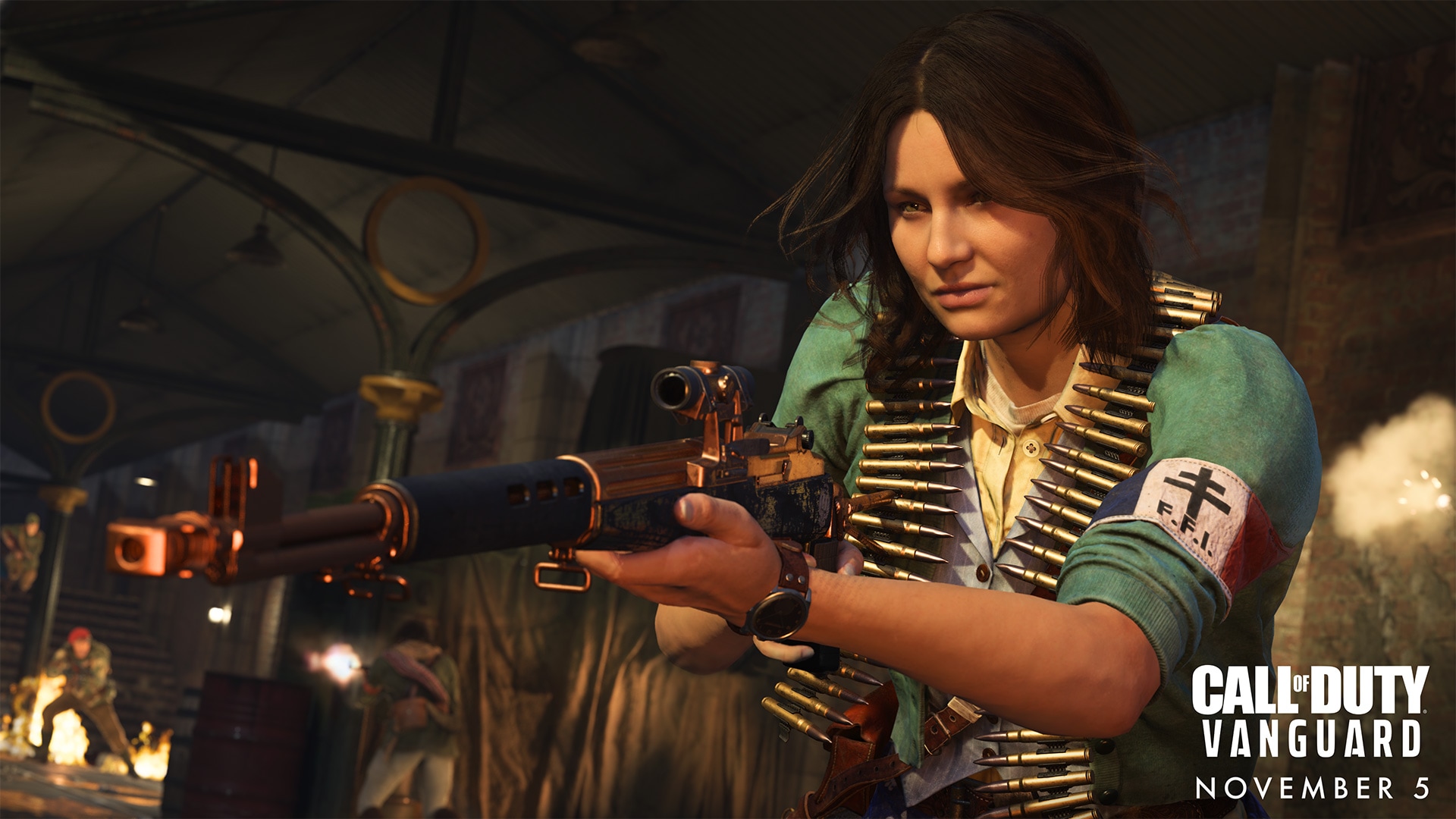 6. Complete Challenges. Head to the Challenges menu in Multiplayer and Zombies to view specific tasks that, when completed, award bonus XP and cosmetic items like new Calling Cards. These are a great way to improve your abilities, as they challenge you with tasks you may otherwise not have considered.

7. Hit the Barracks. The Barracks is your go-to destination for following your current progress and creating your unique identity in Campaign and Multiplayer. Check stats like your current rank, combat record, and earned medals. Customize your profile with earned Calling Cards, Frames, Player Titles, Emblems, and Gestures & Sprays.

8. Invite Your Friends, Join a Clan. There’s nothing like jumping into a Multiplayer match or taking on the zombie horde with a group of friends. With the ability to connect across all supported platforms, it’s easier than ever to group up and get a game going. The friends that slay together, stay together – just be sure to create a Clan so everyone gets even more rewards for being a part of the same squad!

9. Check Out the Battle Pass. The Season Six Battle Pass from Black Ops Cold War includes 24 Free Tiers tied to Vanguard, which all can be earned just by playing the game. Progress is shared between Campaign, Zombies, and WarzoneTM, and free tiers are scattered among the pass for players who are just getting their bearings. Want to unlock them all? Purchase the Battle Pass at launch for access to all 100 tiers of content, including new Operator Skins, Weapon Blueprints, Emblems, Consumables, and enough Call of Duty Points to purchase the next Battle Pass.

10. Practice Makes Perfect. Nobody said war is easy. If you’re struggling in your first matches, keep your head cool and jump in again. The more you begin to understand the various maps, modes, weapons, and systems underlying Vanguard, the more confident and skilled you will become at handling even the toughest situations.