Introducing Polina Petrova and the Call of Duty: Vanguard Campaign 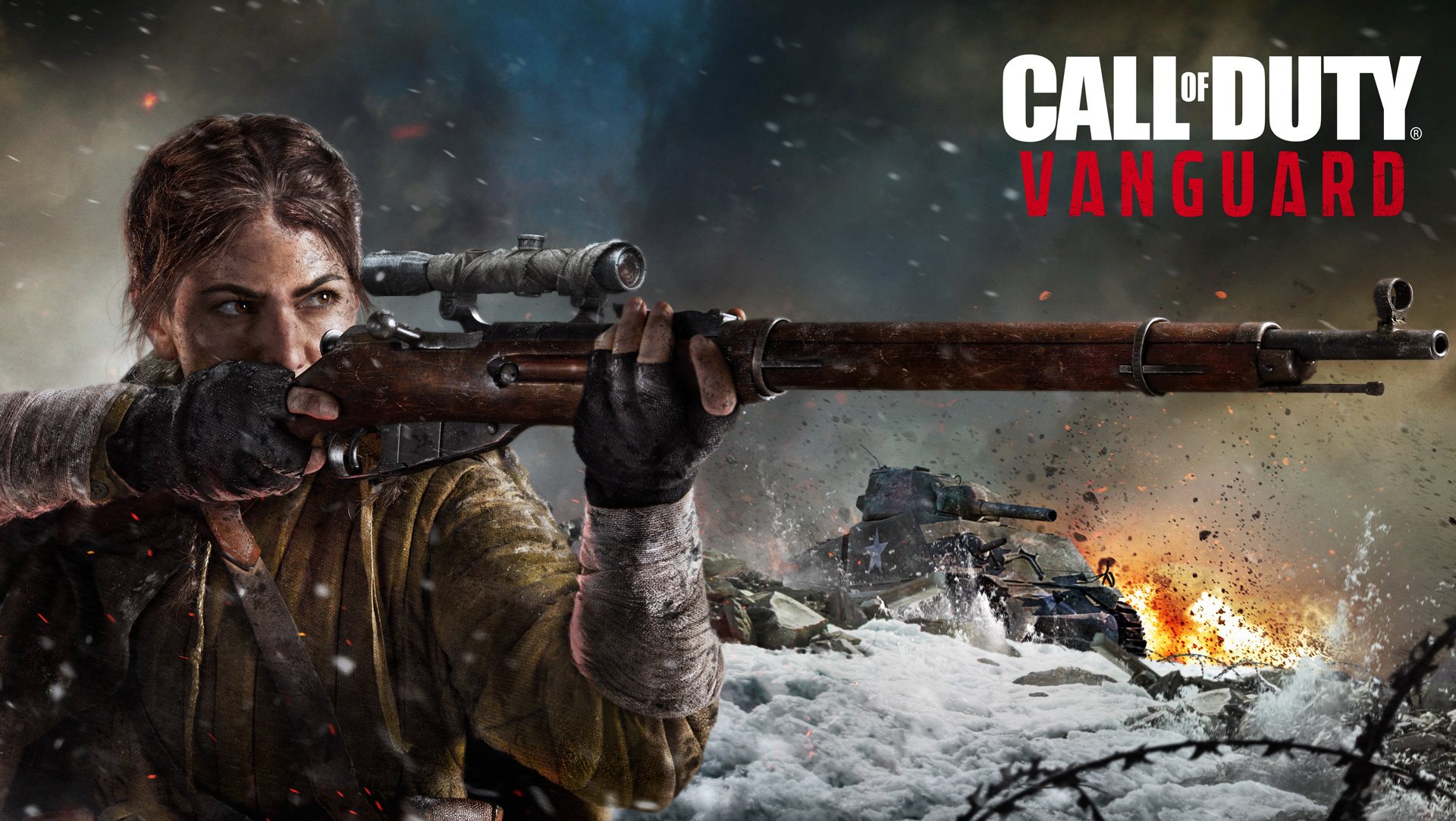 Less than a week after Call of Duty: Vanguard had its world reveal in Call of Duty: Warzone™, Sledgehammer Games pumped out more intel right at the heart of gaming: Gamescom.

In addition to giving us the first extended playthrough for one of the game’s Campaign missions, this Gamescom interview also introduced the actor behind one of the game’s main characters: Laura Bailey as Soviet sniper Polina Petrova. A Lieutenant in the Red Army’s 138th Rifle Division, Petrova is inspired by several female sharpshooters who aided Allied Forces on the Eastern Front.

“What really grabbed me when I began playing Polina is that she is fearless,” Bailey said. “She has nothing left to lose, so she’s able to commit herself completely to the mission at hand. Nothing can scare her. Nothing could make her turn away.

She was never meant to be fighting in the war. Originally, she was assigned to be a nurse, treating soldiers injured in battle. When all hell broke loose in Stalingrad though, she didn’t think twice about stepping up. She essentially became one of the deadliest snipers the war had seen.”

A First Look at the Call of Duty: Vanguard Campaign Mission — Stalingrad Summer

During Gamescom, Sledgehammer Games showed off the “Stalingrad Summer” mission from the game’s Campaign. An intermediate part of the game’s full single-player story, “Stalingrad Summer” is based on the initial invasion of the city – Through Polina’s perspective, we see her family, home, and life destroyed before her very eyes, which ultimately sparks her transformation into the deadly sniper who rises up to defend her home come winter.

“Players will experience the city before it was invaded in the summer of 1942,” Swenson said of the missions that take place on the Eastern Front, “giving players the chance to see and feel the beautiful city in the summertime, untouched by war. Players will also experience the city near the end of the 6-month battle, in the winter of 1943.  Here, players will be able to fight on the snowy landscape of the Russian winter that was so iconic in WWII.”

In the gameplay footage shown at Gamescom, we see a soldier — Polina Petrova — shell-shocked and buried under rubble following an aerial attack that left all her comrades dead or MIA. Pushing herself to the surface, she comes to her senses and realizes what she must do to defeat these invaders: get back to her home and save her brother Misha.

As we see in the playthrough, Petrova stealthily eliminates a hostile search crew, saves a few hostages, and maneuvers her way onto the rooftops as she returns to her apartment. There, on the cold tile floor, she finds the weapon that helped her slay dozens of Axis infantry in her sharpshooting career: a three-line Sniper Rifle she calls Requiem.

It is the key to saving another group of captive civilians, but at this point her cover is blown. Eliminating reinforcements and avoiding a tank column, the player-controlled Operator takes to an air duct only to find herself at the foot of another guard. She remains quiet just long enough to silently assassinate him, but the rage inside her, pent up after these intruders destroyed her home, finally boils over. Immediately after subduing another guard, she lights a Molotov Cocktail, hurls it at a trio of guards, and hits another with her scopeless bolt-action rifle.

Then everything gets hot: numerous soldiers rush in to take Petrova dead or alive, but the 138th Rifle Division’s elite sniper dispatches every one of them… until smoke rolls in and an unseen enemy knocks her unconscious.

This is a taste of the full level of gameplay shown — and afterward, we get to see a 30,000-foot view of the other three fronts to be won through the game’s Campaign, from airdropping over France to dogfighting over the Midway Islands and blasting through advancing forces in North Africa. From here on out, expect much more information and gameplay footage as Call of Duty: Vanguard marches toward a November 5 release date. 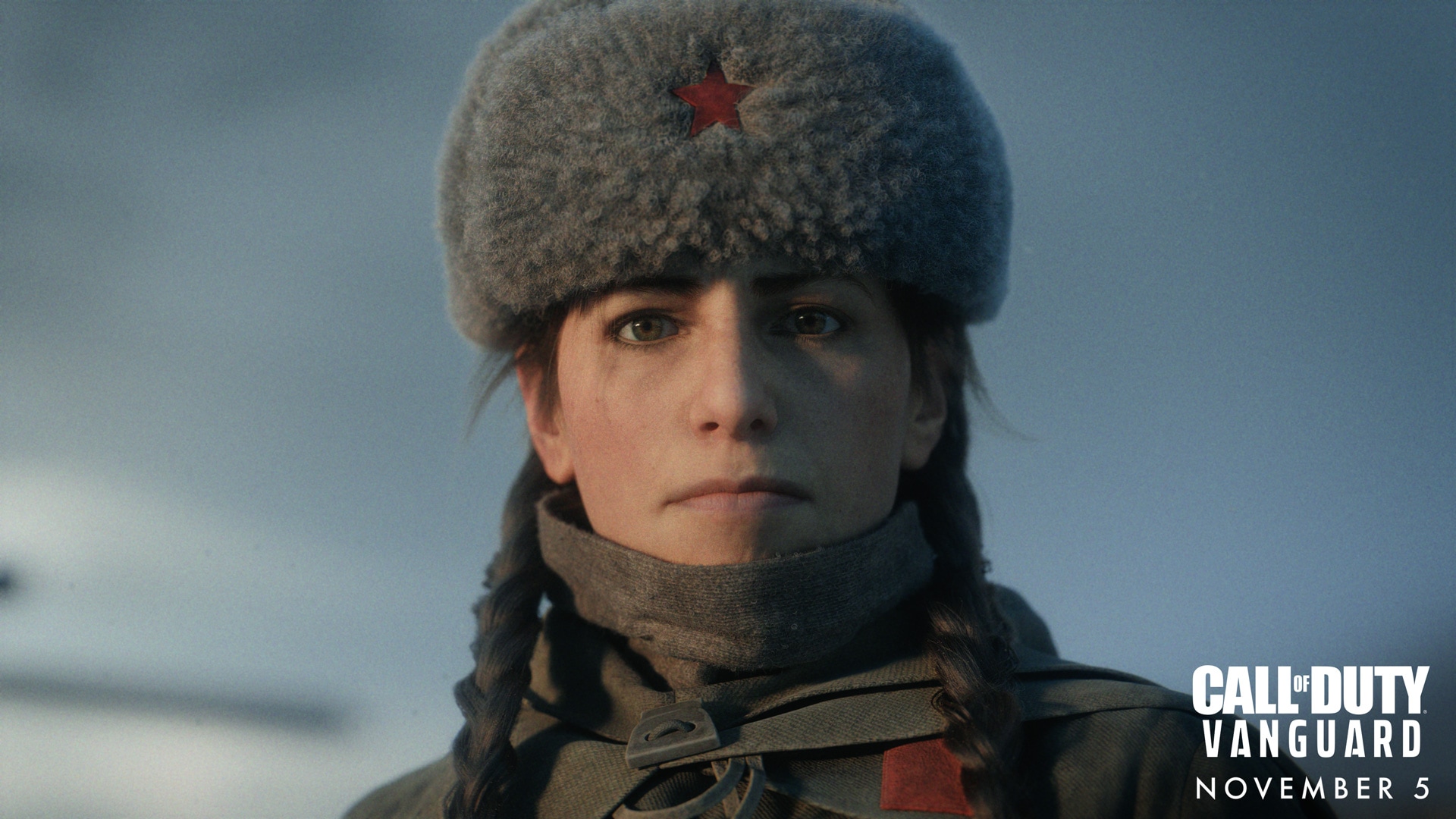