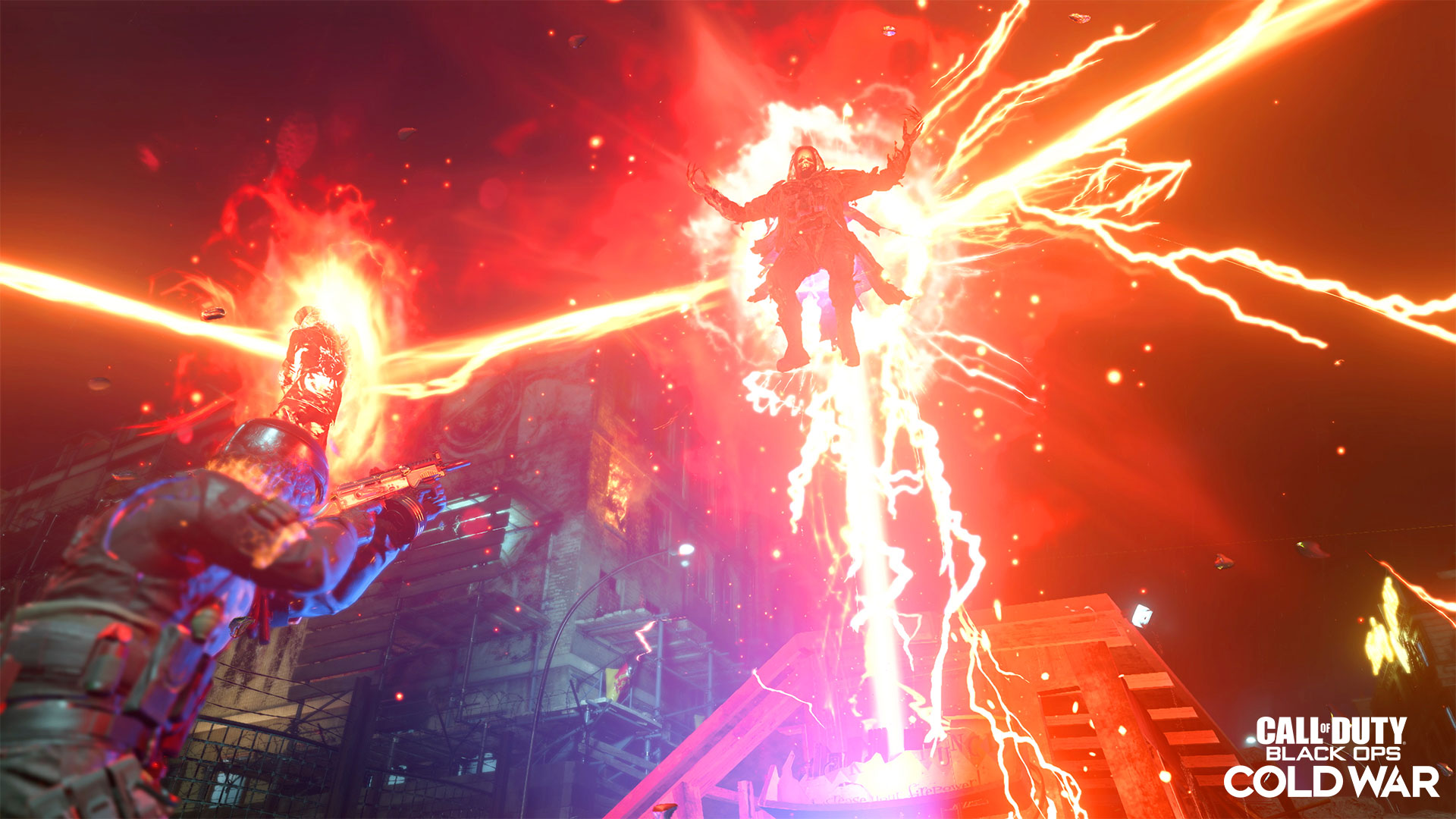 “Surrender now… and you will be allowed to live.” — Lev Kravchenko, Leader of Omega Group

After the events of Operation Excision in Outbreak, it’s all come crashing down. Despite the efforts of Grigori Weaver, Samantha Maxis, and the Requiem strike team, Omega has gained the upper hand. Now at the mercy of the sinister Omega leader Colonel Lev Kravchenko, our Requiem agents must survive the zombie-filled streets of Berlin, where new horrors await them at every turn.

That includes you, new recruit.

Welcome to Requiem, a CIA-backed secret agency who must stop Omega Group from harvesting Aetherium, one of the strongest and deadliest elements known across dimensions.

Whether you’re new to the fight or in need of a tactical refresher, we compiled this simple field guide in preparation for the July 15 release of “Mauer der Toten,” the next round-based Zombies experience in Call of Duty®: Black Ops Cold War. To ensure the survival of all agents in the field, we’re digging in on the fundamentals, including our top ten must-know tips for Black Ops Cold War Zombies.

But first, here is how to access and play Zombies for the first time: 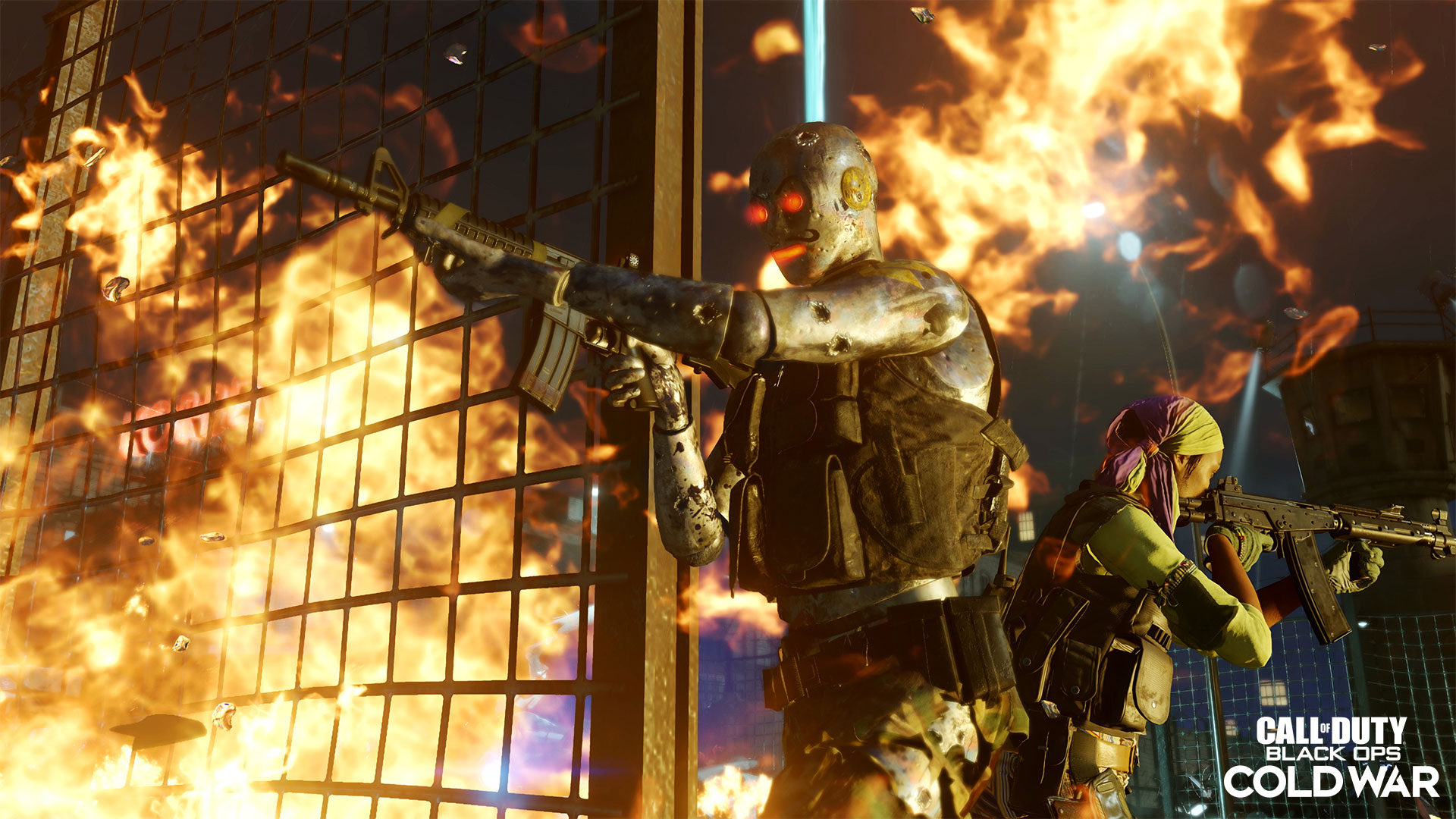 Zombies is a mode within Black Ops Cold War, accessible via the main menu. Upon selecting Zombies, you’ll see a similar menu screen to that of Multiplayer, where your selected Operator is walking tactically with your chosen favorite weapon.

However, everything will be themed to be Zombies related… for example: you’ll see the massive eldritch monstrosity known as the Orda trailing you in the background during Season Four, zombie remnants on the lockers behind your Operator, and more. 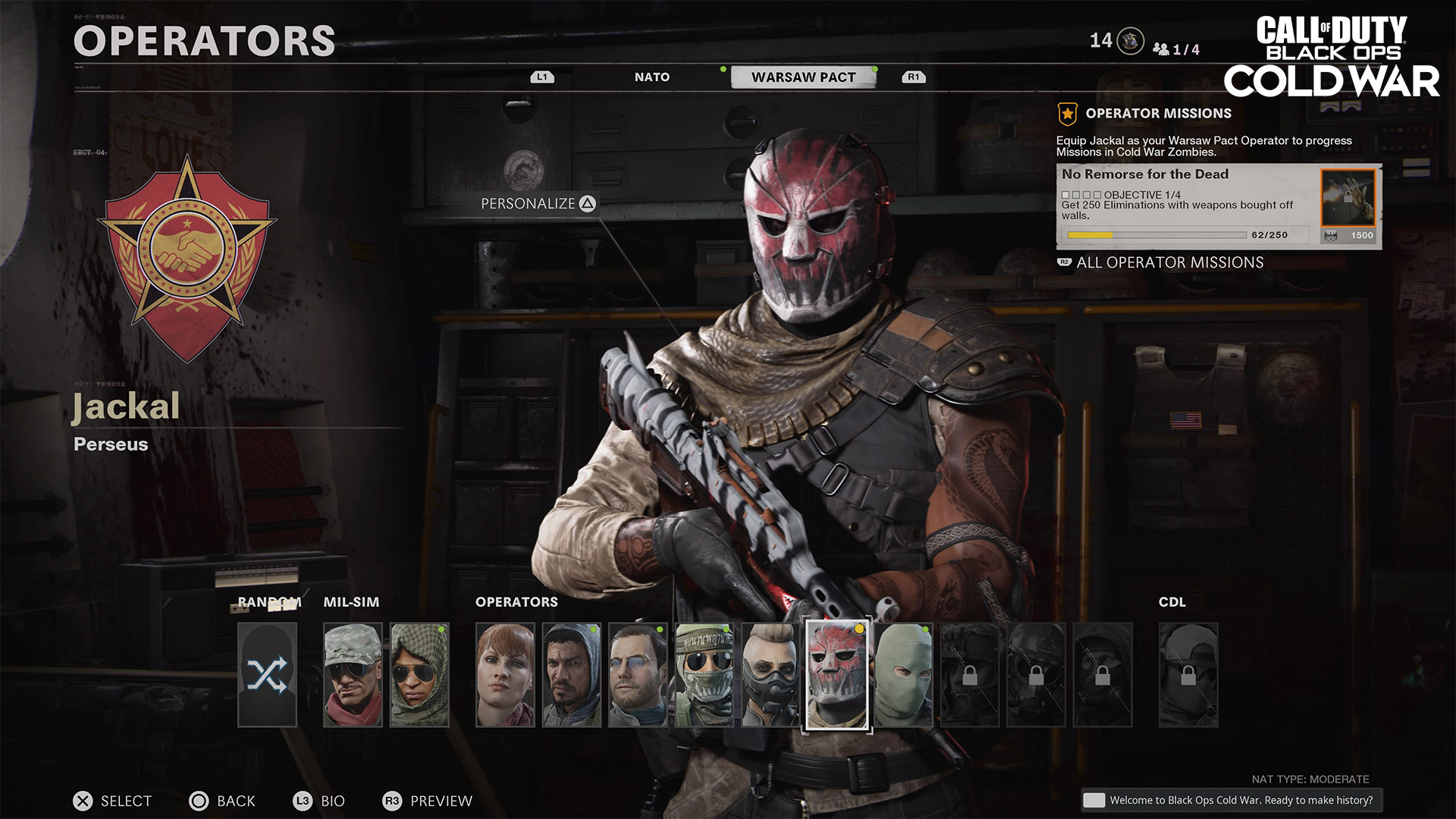 Like in Warzone or Black Ops Cold War Multiplayer, you can cycle through the various submenus to pick an Operator, view challenges, or, most importantly, choose a Loadout. Your Loadout is comprised of one weapon from any category and a Field Upgrade, a powerful active ability that, when charged by kills and other in-game actions, can save you from death.

Once you, your Operator, and your Loadout are ready to help Requiem, visit the Play menu for your first mission. What that entails depends on the mission you select. 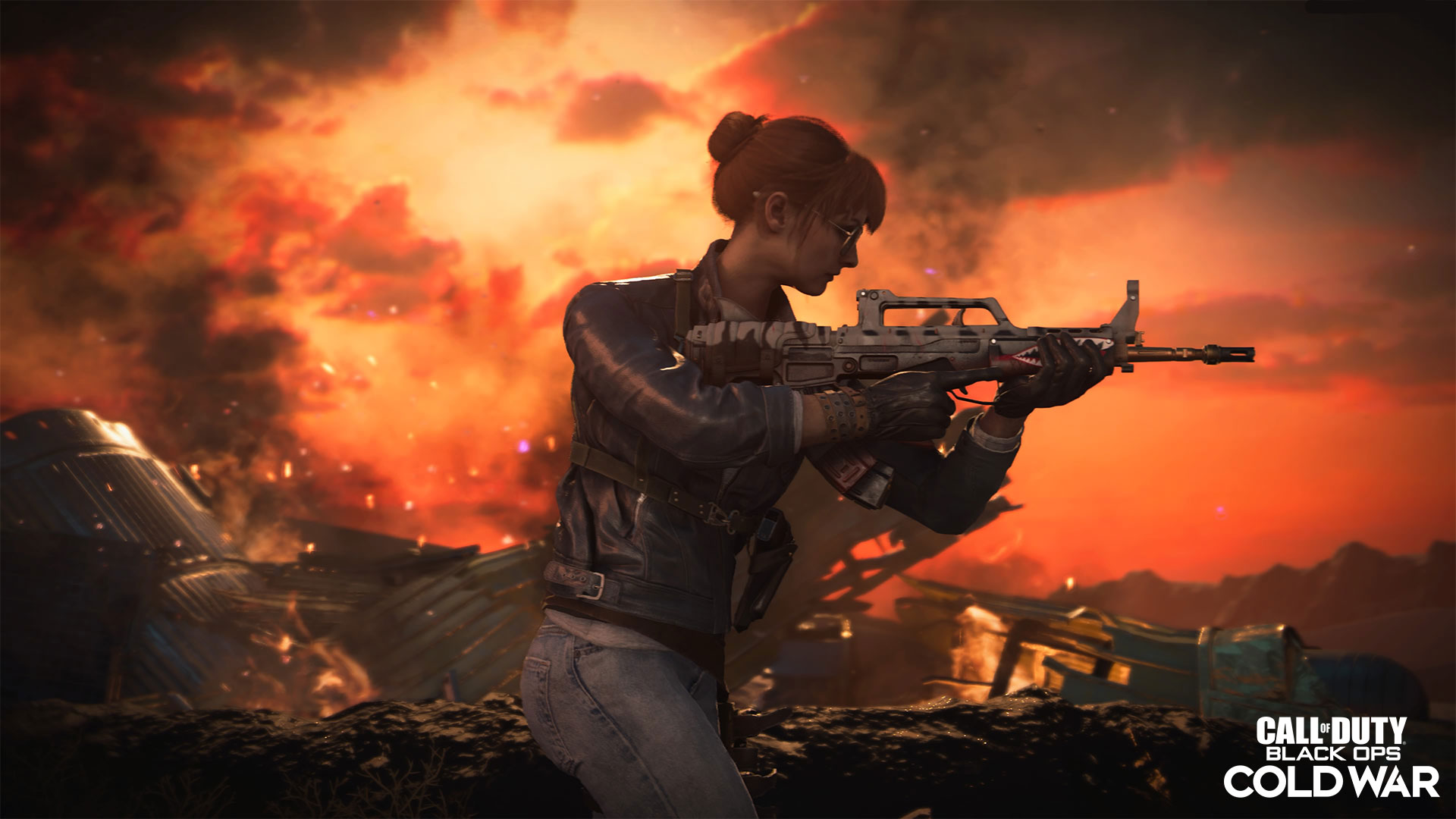 For our Top Ten Tips, we’re focusing mostly on the round-based maps, but most of this advice can also apply to Outbreak. 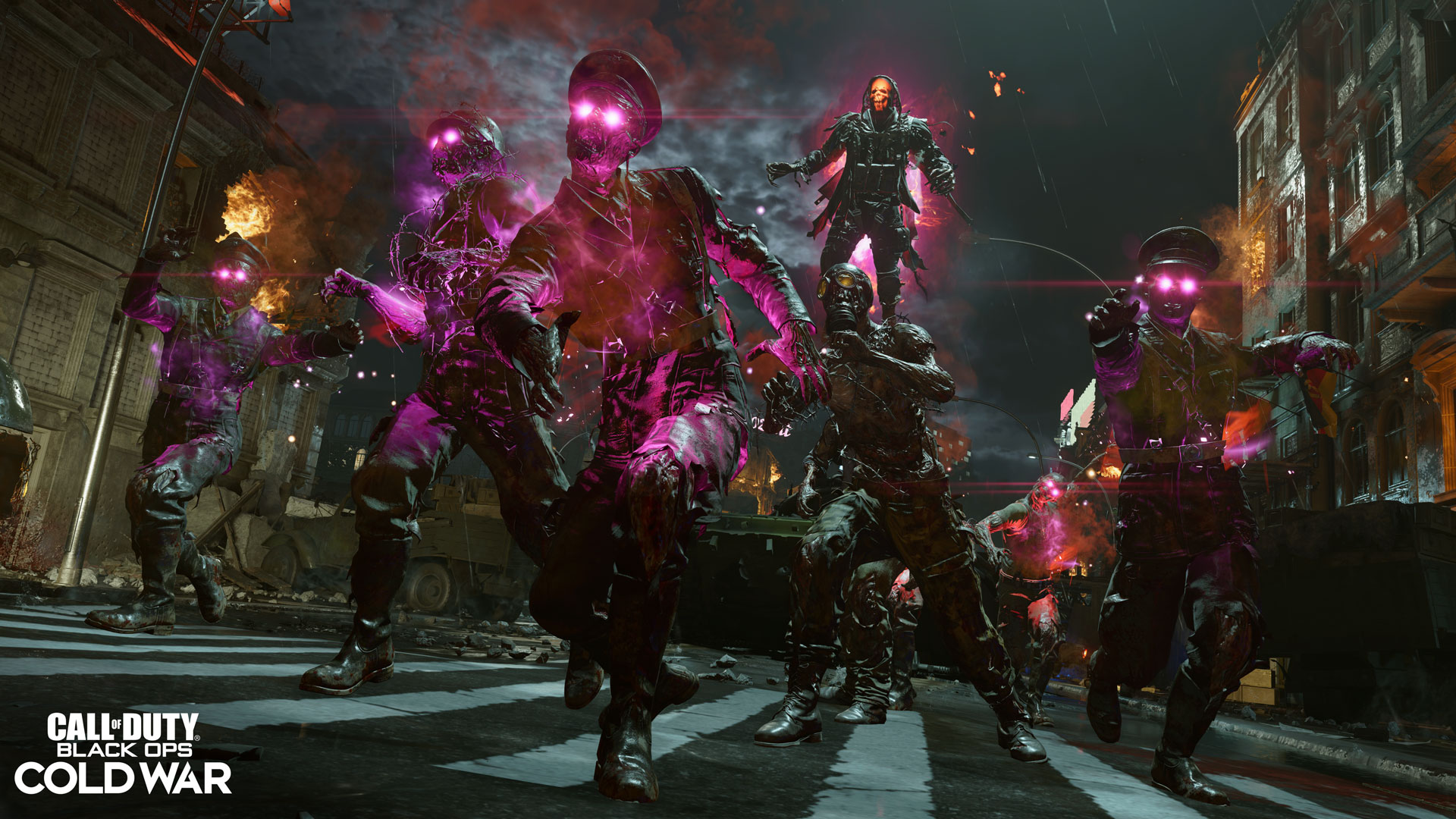 10. Turn On the Power. In the classic round-based maps — “Die Maschine,” “Firebase Z,” and “Mauer der Toten” — your first critical objective is this: Turn on the power. Among other benefits, turning on the power gives you access to Perk machines and the Arsenal, both critical to strengthening your Operator as they face increasingly difficult waves of enemies.

The exact steps for turning on the power differ in each map, though you’re often given helpful direction via the story along with plentiful environmental cues. Once you can consistently power up a map, you’re well on your way to mastering it. When in doubt, follow the objective.

9. Scout the Area. Zombies is a wide-ranging experience, and each map is brimming with content. As you play more matches, you’ll discover all the various items and upgrades to be found, and you’ll gain confidence in moving around all the nooks and crannies. Keep your eyes and ears open, and most of all, don’t get cornered.

Your mini-map is vital when exploring. It points out all kinds of useful things like Perk machines, Crafting Tables, the Pack-a-Punch machine, the Mystery Box, the Trial Computer, and more. Next to the mini-map, you’ll see the name of the area you’re currently in, such as the Helipad or Motor Pool in “Firebase Z.” These are great when making callouts to your teammates.

8. Focus On Your Skill Growth. Between Weapon Classes, Field Upgrades, Perks, and Ammo Mods, there are many paths for skill growth. Upgrading your skills requires various types of Aetherium Crystals, earned by reaching different milestones in your Zombies matches.

When first starting out, consider focusing your spending on Perks specializing in survivability, such as Jugger-Nog and Quick Revive. You can also experiment with the Weapon Class matching your favorite starting weapon, different Field Upgrades to level up, or your preferred Ammo Mods. Once you’ve got a strong foundation, start distributing your upgrades more evenly to reap the benefits of a versatile skill set. The choice is yours.

7. Utilize the Crafting Table and Arsenal. Spend your earned Salvage at the Crafting Table in the starting area of each map to build Tactical, Lethal, and Support items like the Stimshot, Sentry Turret, and Self-Revive. At the Arsenal, activated when the power turns on, gain improved damage resistance by purchasing Armor upgrades and get improved damage output by purchasing weapon upgrades. Keep an eye out for the dummy.

Enemies often drop Common and High-End Salvage on death, so keep up the slaying and stock up on resources.

It’s to your advantage to get your hands on higher-tier weapons whenever possible, whether through Wall Buys, the Mystery Box, the Arsenal, or any other means. And with the launch of Season Four Reloaded, Wall Buys will now have a chance to upgrade their rarity every 5 rounds. Wall Buy weapons can be upgraded all the way to Legendary rarity, so it’s worth looking around to see what’s been upgraded as the rounds get higher! 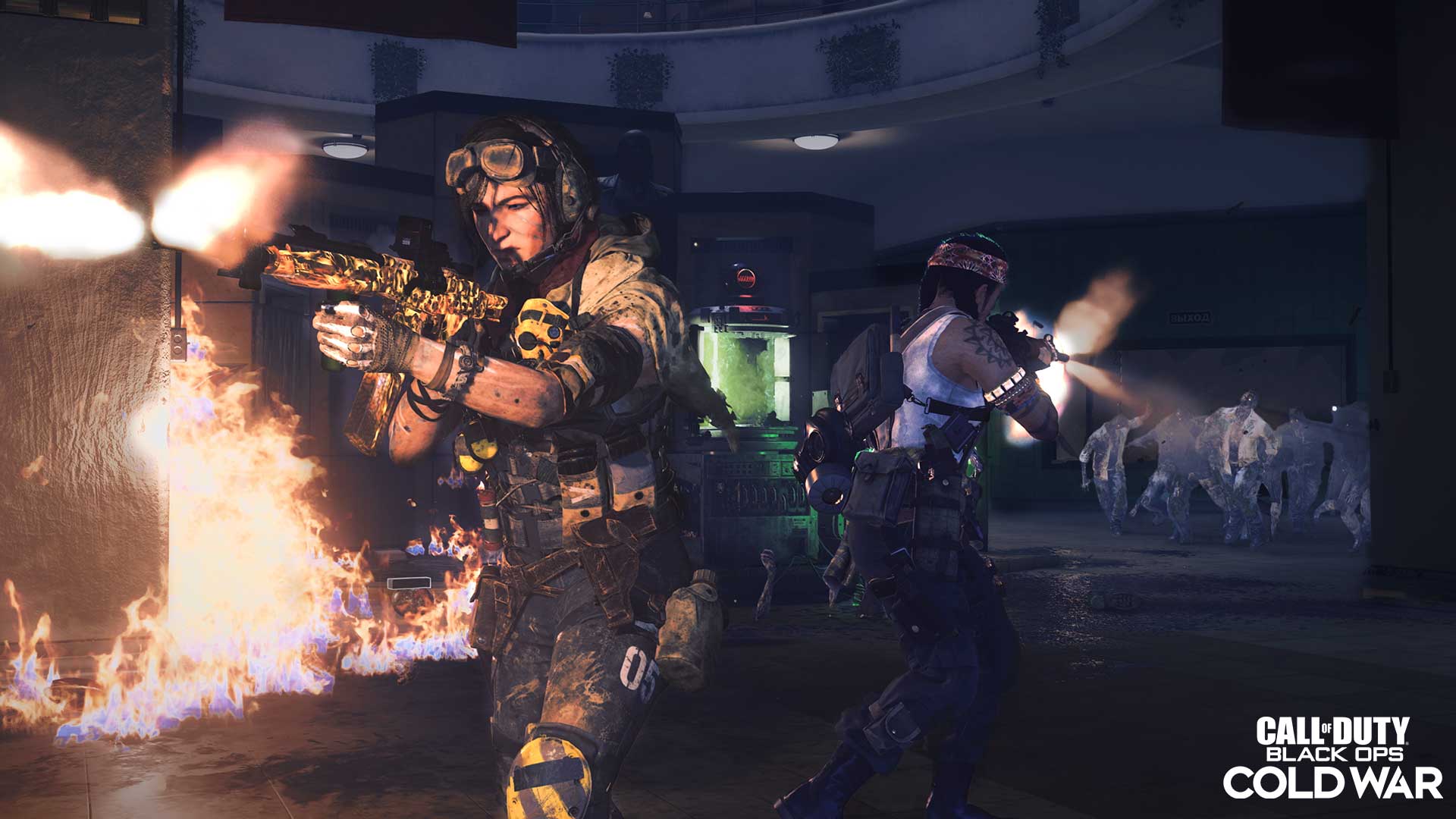 5. Punch It Up with Pack-a-Punch. After turning on the power, the Pack-a-Punch becomes the key to your next major power boost. Dramatically increase your weapon’s effectiveness through three levels of upgrades, costing 5K, 15K, and 30K Essence, respectively. It might seem steep, but the damage increase along with other benefits makes it well worth the investment.

Ammo Mods can also be applied at the Pack-a-Punch, giving your shots some extra kill potential at a lower cost. Depending on how much Essence you’ve got banked, it might make sense to apply an Ammo Mod first before “packing” your weapon.

Look for environmental cues to discover your path to the Pack-a-Punch machine in every level. Offer up your weapon, then mow down your enemies.

4. The Growing Power of the Mystery Box. One of the greatest and most iconic features in Zombies, the Mystery Box allows you to gamble Essence for the chance to earn high-tier, powerful weapons.

It’s well worth visiting the Mystery Box through subsequent rounds, too, as your chances of getting a stronger weapon improve as the match progresses.

3. Communicate and Listen. Communication is crucial when fighting the undead alongside other players. While it can be tempting to go off on your own, it pays to coordinate and cover each other’s backs.

Be sure to make use of the locational Ping system in-game to communicate with your teammates, activated by pressing d-pad left on controllers and [Z] on keyboards by default. Whether you’re marking a door you need opened, pointing out the Pack-a-Punch to a first-timer, or pinging the newest Mystery Box location, your squad will appreciate the coordination.

Also, Zombies boasts a vast cast of characters across Requiem and Omega Group, many of whom you’ll meet throughout your journey. Listen to what they say for clues about your next objective, and to gain a deeper understanding of the epic Dark Aether story.

2. How to Exfil. Don’t want to die? There’s another way to complete a Zombies experience at your own pace and level up by earning additional Aether Crystals: Exfil.

After a certain number of rounds or after every main objective completed in Outbreak, you will be given the opportunity to Exfiltrate (or Exfil). Upon choosing the Exfil option, you only have a short amount of time to get to the evacuation zone, eliminate remaining enemies so your escape vehicle can land, and hop aboard to safety. 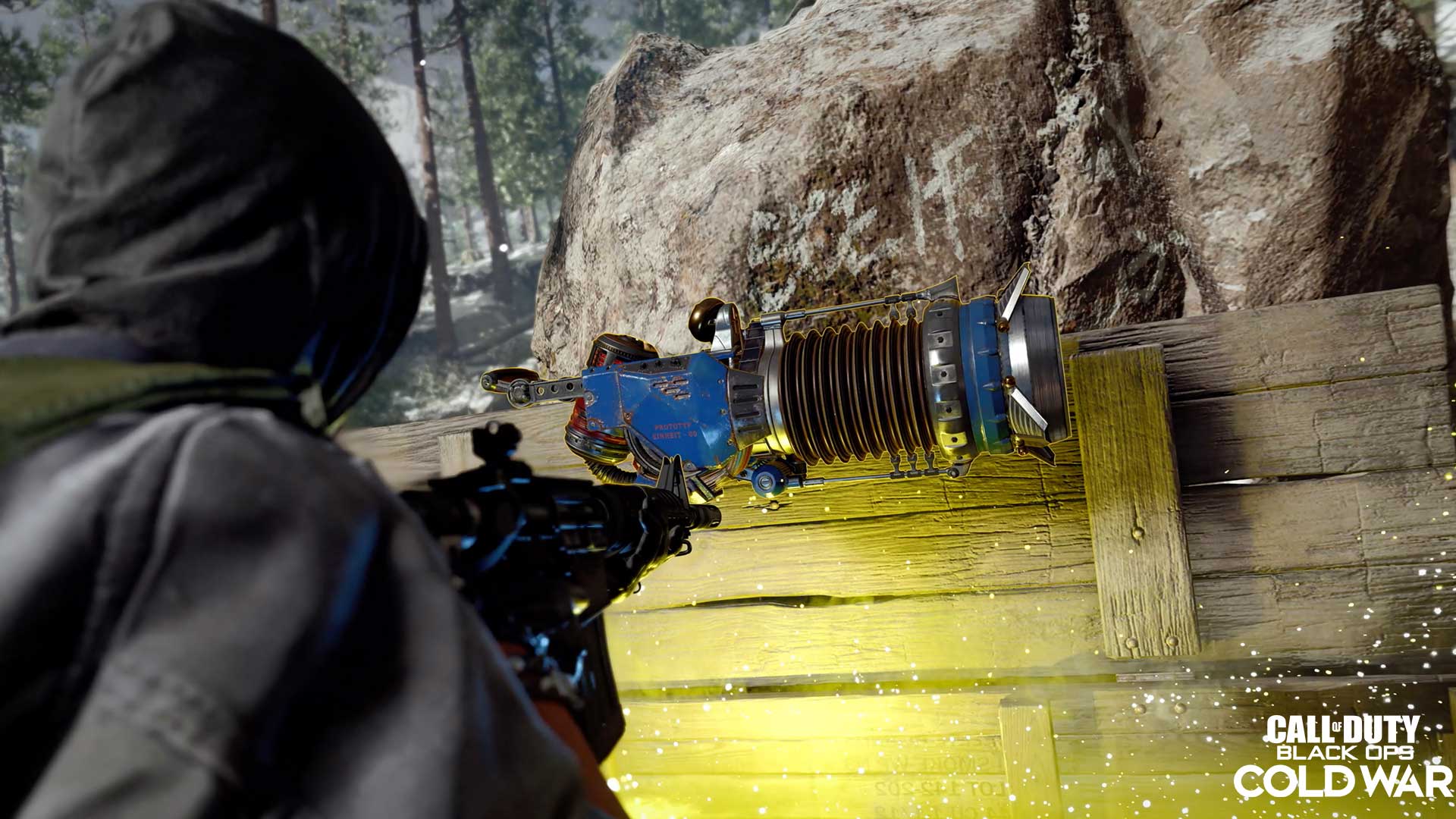 1. Trials, Jump Pads, Wonder Weapons, and More. There’s no way to cover everything about Zombies in a single article, and that’s one of the beauties of the game mode. Don’t worry about understanding everything at once, and don’t be afraid to experiment with everything you find. There is always more to discover, often leading to new and unexpected treasures… and horrors.

In “Mauer der Toten,” our Requiem agents will face the greatest challenge to their survival yet. Take what you’ve learned here, get in some practice, power up your Skill Tiers, and prepare for the fight of your life.